Train from Berlin to Salzburg

From Warsaw via Berlin to Salzburg. The scenery increasingly arresting, as we roll south through the Bavarian Alps, past the ski resorts and nip over the German border - Salzburg sits just the other side.

I put 'outdoor pool' into Booking.com’s filters and came up with the Gersberg Alm. It has a lofty position on the alpine meadow (as the name suggests) with incredible views through the trees across Salzburg and to the mountains encircling the city. The old town with its jade green domes is especially prominent, as is the Festung Hohensalzburg fortress, perched on its own formidable crag above the city. This one is a properly ancient and huge castle, the home of the archbishops of Salzburg. 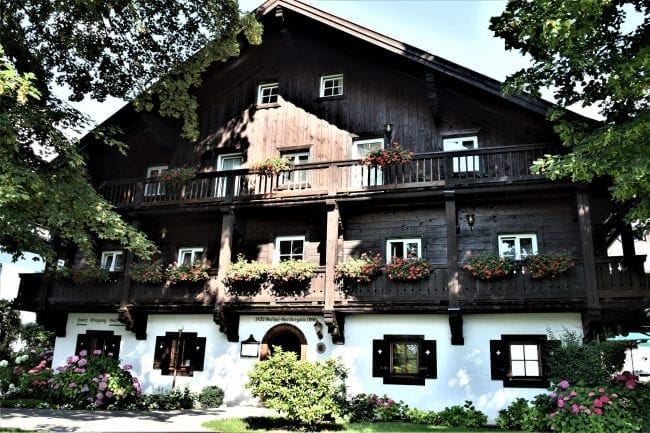 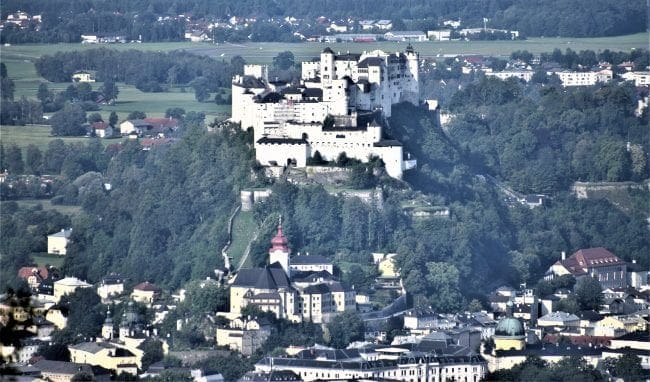 The city, swathed in mist is enticing, but for the first day or so the swimming pool and sunbeds are the stronger attraction. A heatwave has been engulfing Europe for a couple of weeks now. It’s even hot in England. I’m awakened from my slumber by a loud baa. There’s a large floppy eared sheep staring at me. He’s separated from the pool area by an electric fence. I find out it’s electrified the hard way.

The location is great and the hotel itself couldn’t be more atmospheric. A traditional wood chalet with scarlet pelargonium window boxes and an outdoor restaurant that serves up divine food at ridiculously high prices. My room could use some attention from the maintenance department however, – plug, tv, door won’t latch, no towels by the pool and the mattress keeps sliding off the sunbed.

A return visit to Salzburg is not to be missed and I forgo the sunbed for a morning to venture into the sizzling city and explore its ancient heritage. First settlements here date back to Neolithic times. They were followed by a Roman city called Juvavum, though that eventually declined into ruins." Saint Rupert, the 8th-century saint was responsible for the city's rebirth. When appointed archbishop by Theodo, he chose the river for the site of his basilica. Rupert named the city Salzburg, or Salt Castle. This recognised the salt trade that brought the city much of its wealth, via a toll on salt barges. The city state that emerged is now the Altstadt (Old Town), given UNESCO heritage status. 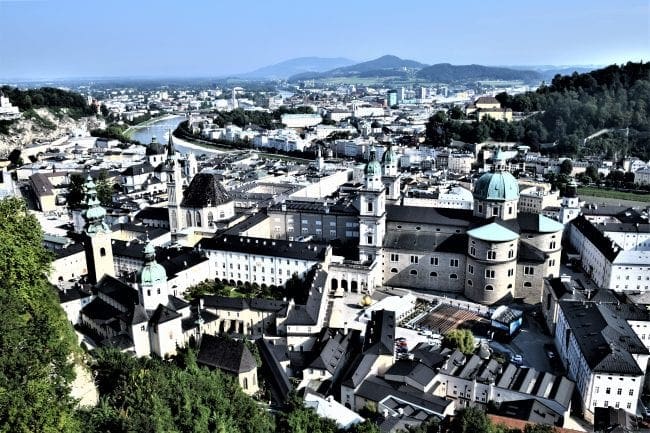 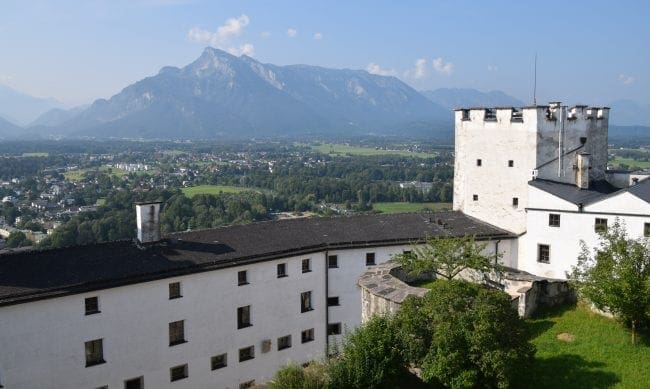 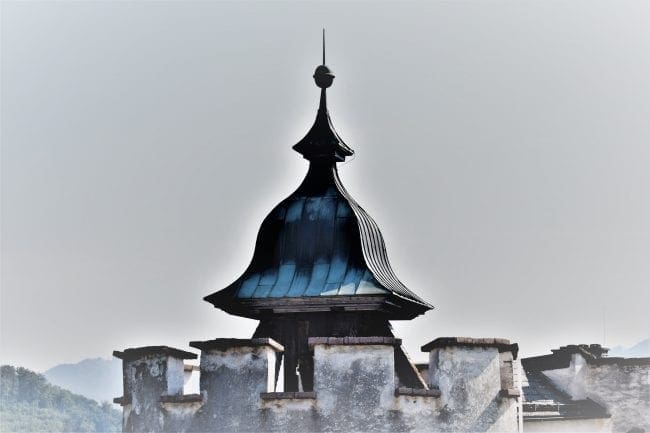 The Hohensalzburg Fortress was built in 1077, as a home for Archbishop Gebhard and expanded and altered over the centuries. There’s a very modern funicular up there (the original was built in the nineteenth century), which whisks me up to another superb panorama of the city. There are more graceful spires than Oxford - maybe. The fortress has umpteen rooms and displays crammed with armour, weapons and medieval furniture. A war games aficionado would love it.

The Old Town (Altstadt), nestling beneath the sprawling medieval castle is magnificently baroque, with its enormous cathedral, numerous churches and curving medieval streets. As Lonely Planet says, 'If it's baroque, don't fix it'....Just below the fortress is Nonnberg, the abbey where Maria failed to become a nun in The Sound of Music. Sound of Music paraphernalia is to be found on every corner of course. Mozart competes with The Von Trapps for mentions. He wins on place names (Mozart Platz ) and concerts (Cosi Fan Tutte and the requiem at the moment). And probably residences. He seems to have lived in about a dozen different places in Vienna. His birthplace, with the musical instruments he played as a child and the clavichord on which he composed The Magic Flute.

The Sound of Music wins on tours. Though no-one is booking at the moment. As everywhere I've been so far this tour, the city is relatively quiet. The squares are empty and not all the fountains are operating. I can saunter through the narrow lanes, with little in the way of opposition. 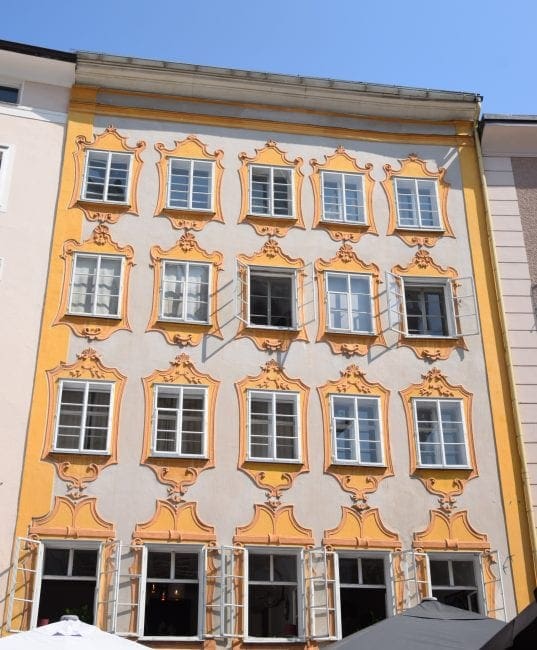 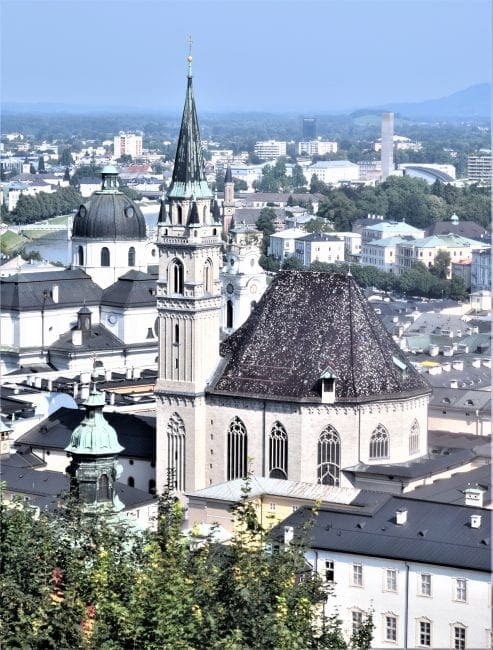 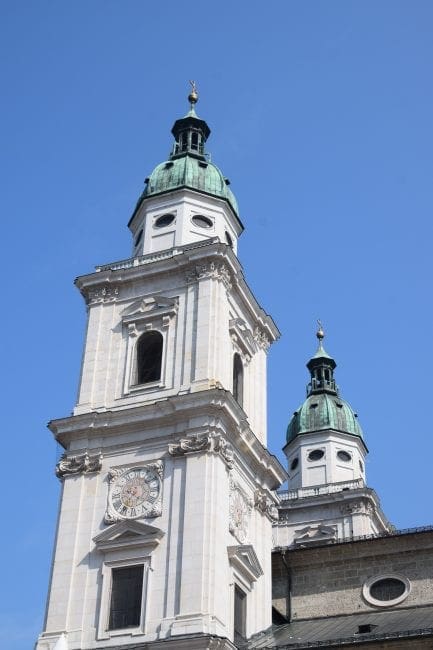 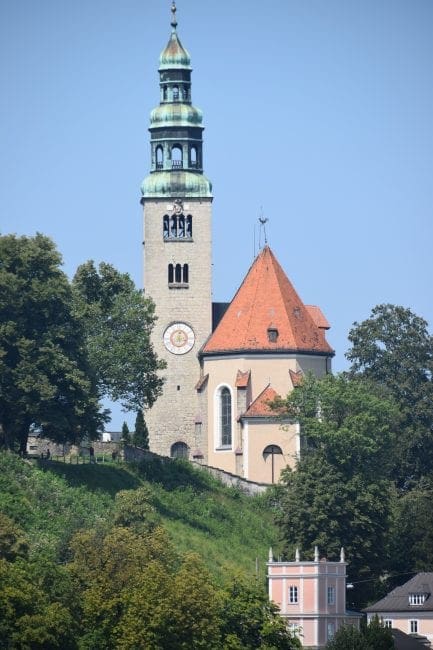 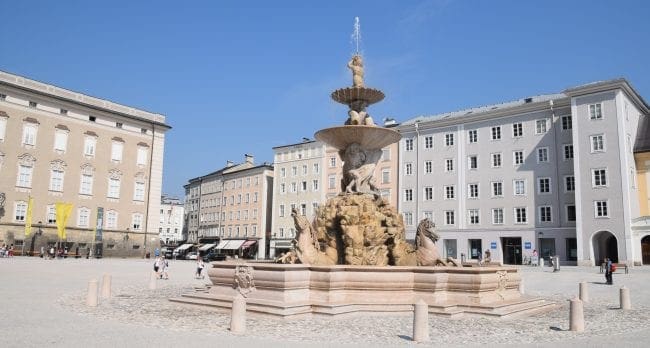 These cobbled streets are typically Austrian in their stiff elegance, crammed with chic boutiques displaying traditional clothes – lederhosen, dirndls and felt hats with feathers in them – and plate glass restaurants offering frothy coffee and ice cream sundaes. I succumb to one of the latter. It's exceptionally good. 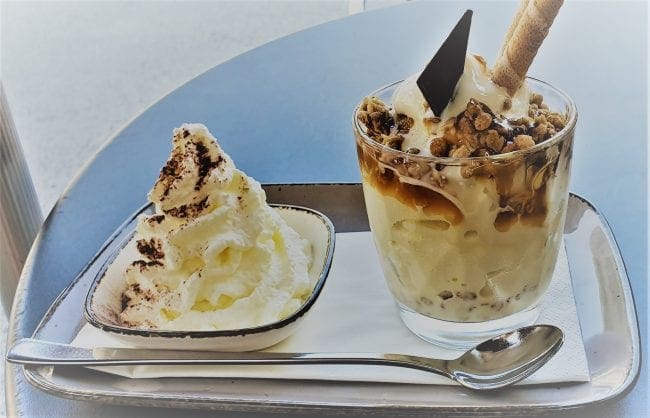 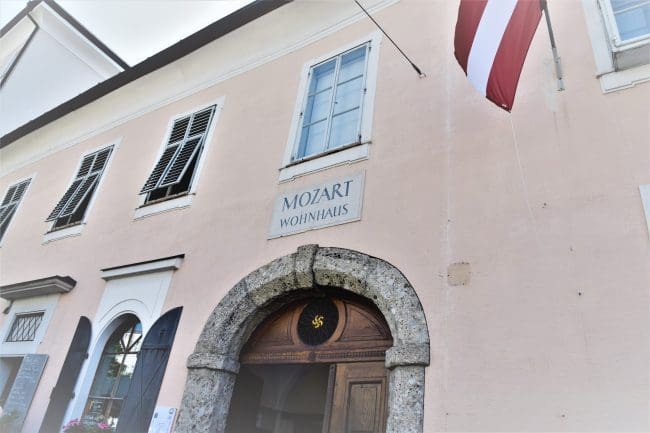 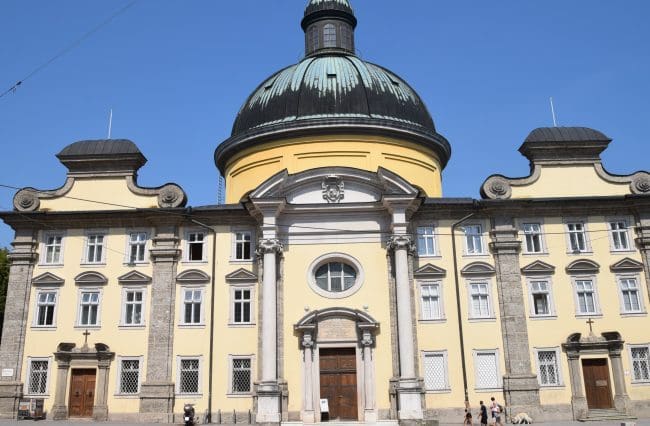 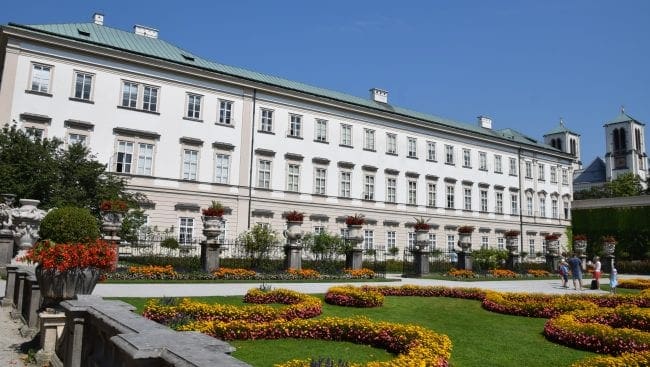 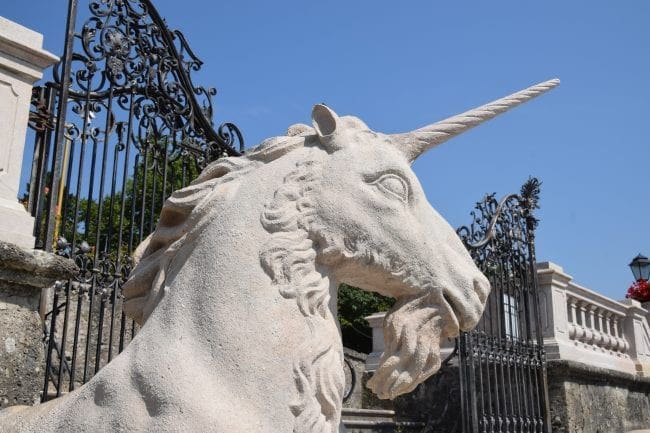