I'm on my way home from Vanuatu, but I've fitted in a day trip on the hovercraft from Hong Kong to Macau. By the skin of my teeth, as the tour company I booked with have forgotten to come and pick me up. I’ve had varying reports on Macau. It’s reported as nothing but casinos, tawdry. But I’ve always wanted to go and never quite managed to fit it in before.

Macau is a former Portuguese colony, occupying a small peninsula and two islands off China's southern coast, in the western Pearl River Delta. Portugal started renting the territory from Ming China as a trading post in 1557; it was transferred back to China in 1999. Macau is designated a special administrative region of China, like Hong Kong, maintaining separate governing and economic systems from those of mainland China, under the principle of "one country, two systems". Its population of about 680,000 (according to Wikipedia) and area of 12.7 square miles (8 square miles of this is reclaimed land) makes it the most densely populated region in the world.

Macau is fascinating and well worth the trip. Colonial and ultra modern combined. Firstly, it's an Asian Las Vegas, with 35 themed 'mega' casinos: volcanoes, glittering balls, tower with bungee jump; the lot. And more under construction. This is where China makes its money - the Chinese love to gamble and Macau has capitalised on this. Foreign casino companies have invested heavily since 2002. when Hong Kong tycoon Stanley Ho's decades-long monopoly ended. Macau then was more about traditional gambling dens. Today, Macau is the largest casino gambling jurisdiction in the world. It has annual gambling revenues of more than $13 billion.

In addition to the burgeoning Las Vegas style casino hotels, like the Venetian, there are some giant shopping malls. 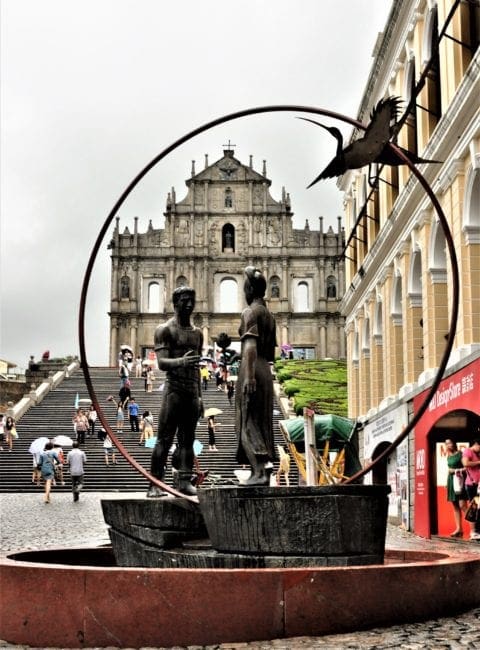 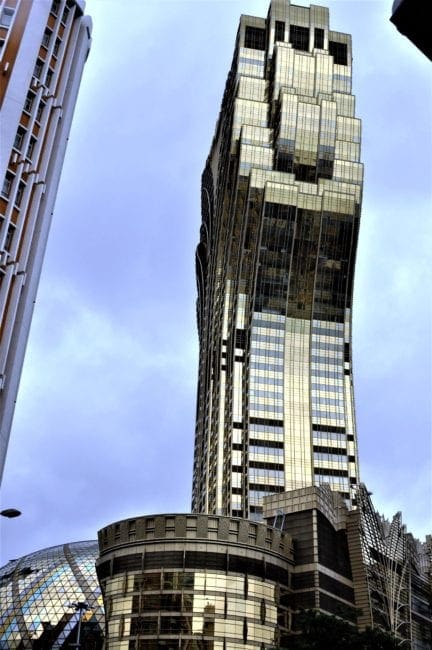 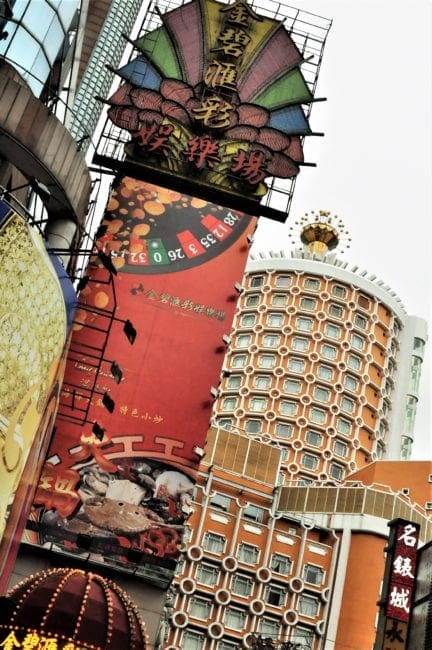 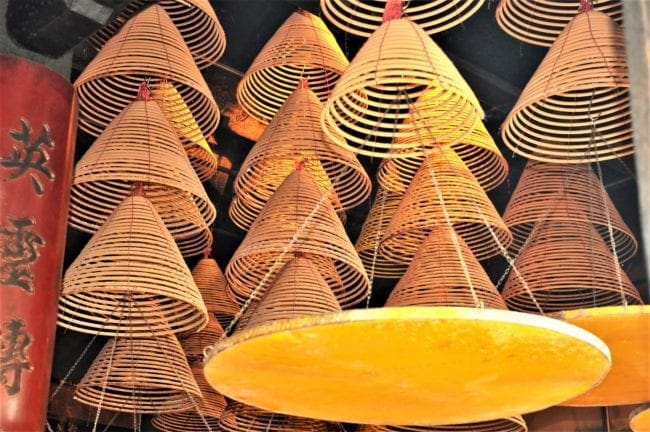 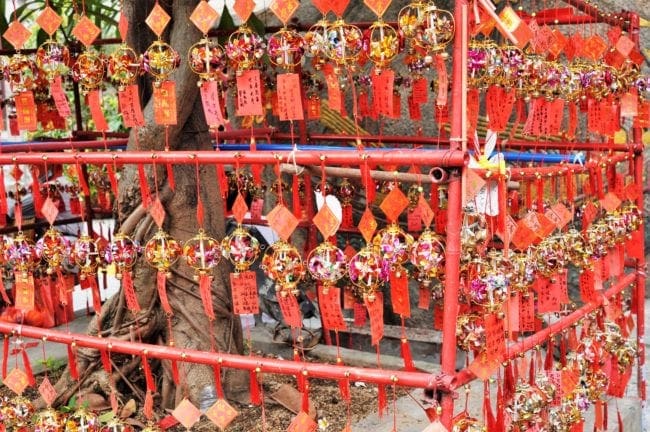 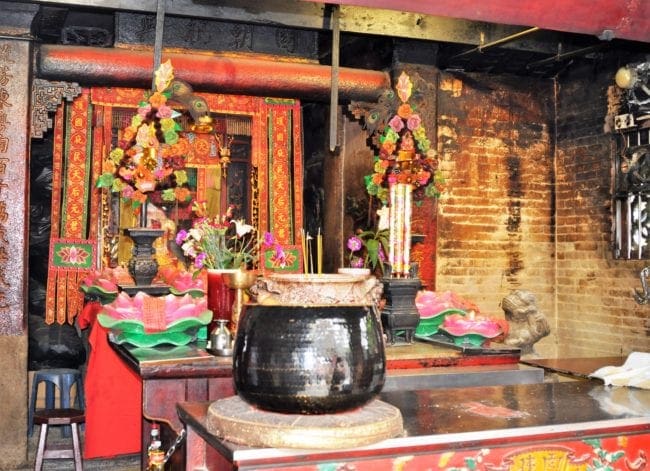 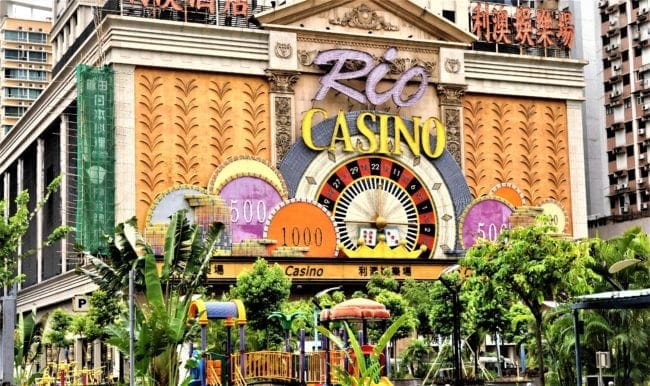 The cobbled World Heritage old town is a unique blend of Portuguese and Chinese architecture. Possibly the most rewarding sights are here. The colonial areas, churches (and facades of churches), pink and white mansions, squares and city walls are spread in little clumps. Scarlet and gold Tao temples add authentic colour to the shopping streets. 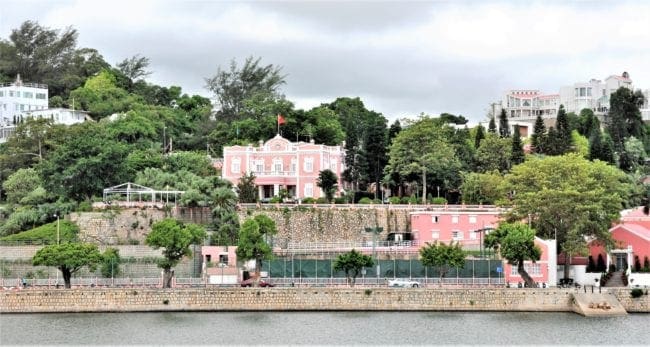 Perhaps the best part of seeing Hong Kong again is the bus journey back to the airport with marvellous views of the city and skyscrapers lit up against the whole of the bay and across the new suspension bridge onto Lantau Island. The Cultural Centre has a nightly ‘Symphony of Light Show’. The illuminations on the island scrapers dazzle to the sound of martial music and a cacophony of lasers keep time. Mmmm….