Vilnius, the capital of  Lithuania, is not only the largest city in Lithuania it's projected shortly, to become the biggest city in the Baltic states. It's known for its Baroque architecture, especially in its medieval Old Town, but it’s difficult to discern any architectural features. This is partly because everything is covered in snow and partly because it’s almost too cold to be out on the street, let alone look around. We scuttle around, trying not to skid on the icy patches. I buy a felt Russian army hat with ear flaps from a shop filled with war memorabilia. I’m not sure I look overly elegant, but it does the job. 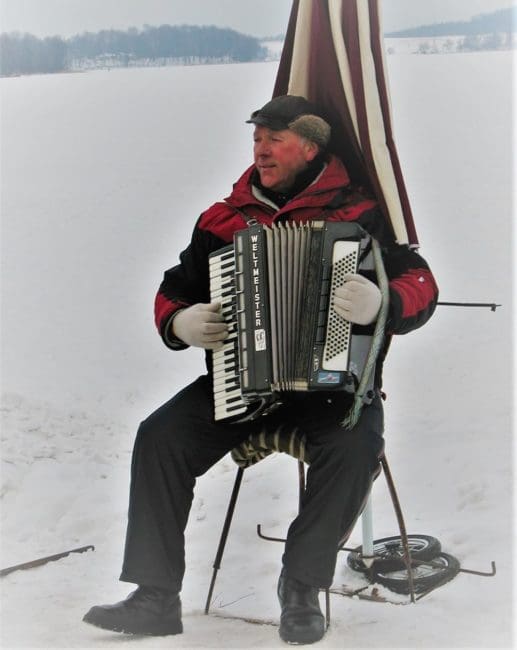 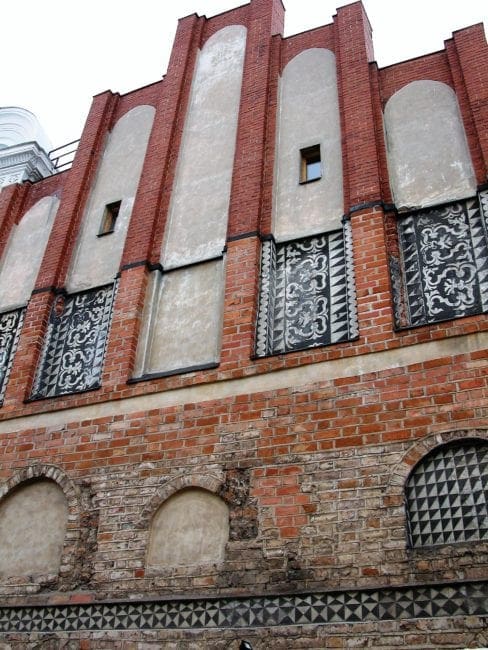 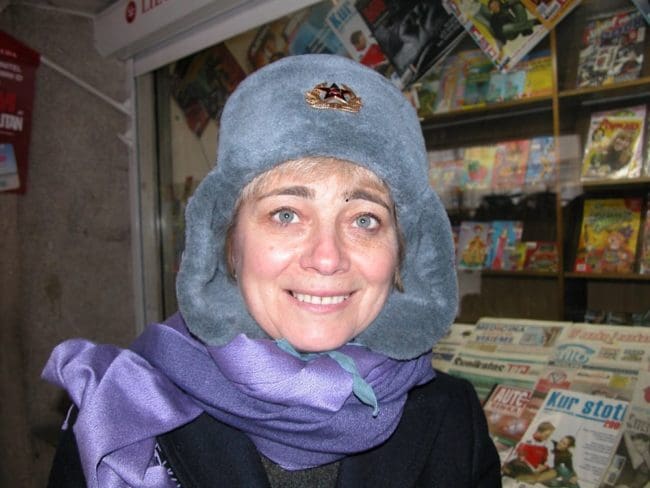 Vilnius has the largest medieval old town in central and Eastern Europe. It’s UNESCO-protected, of course, as are the other Baltic state capitals. There is the usual melange of churches (lots of those), parks, squares, bars, cafes and restaurants. The Vilnius Castle Complex is picturesque,. The river alongside, confusingly has two names, Neris and Vilnia. Take your pick. Užupis, the trendy neighbourhood on the other side of the river, declared itself an independent republic on April 1, 1997. 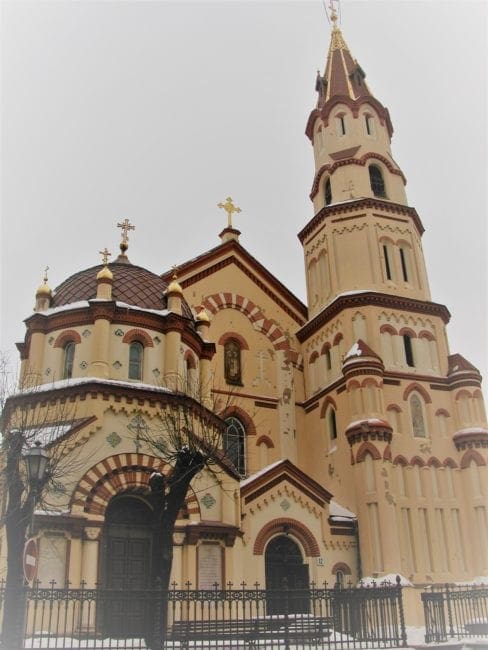 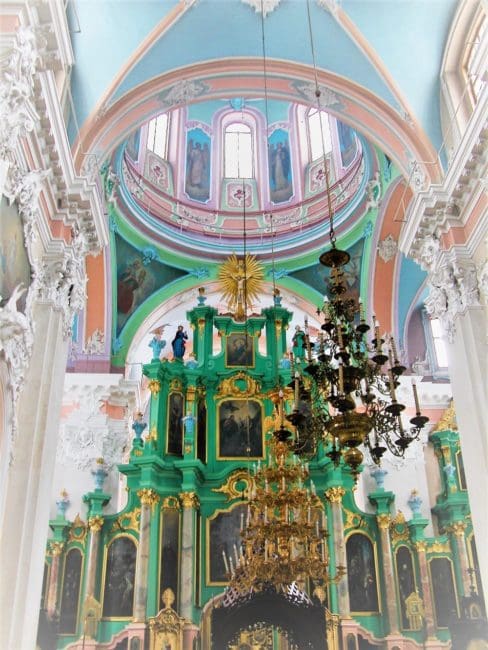 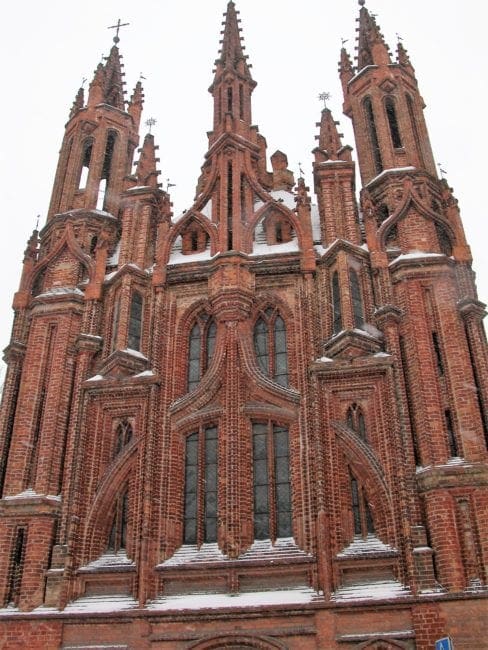 The countryside is mainly flat, so even a diminutive castle on top of a small hill is hard to miss. Though the climb to Gediminas Tower is tough in these conditions.

Forty minutes by road from Vilnius is Trakai Island and its turreted (much more impressive) picture postcard castle. It's reached by a walkway over the frozen Lake Galve, from the mainland. The castle dates from the fourteenth century, home to the Dukes of Lithuania, and was heavily restored in Soviet times (after much resistance). But there isn't that much to see inside, but the grounds are dotted with locals enjoying the snow. It makes a great Christmas card scene 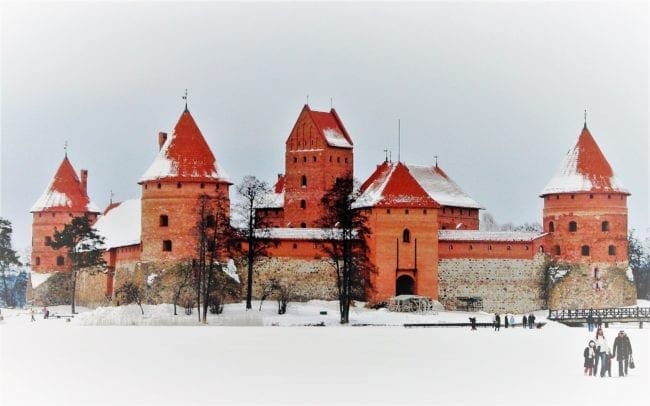 The best news is that Vilnius is incredibly cheap, especially the vodka. I'm loading up.

What's the History of Lithuania? 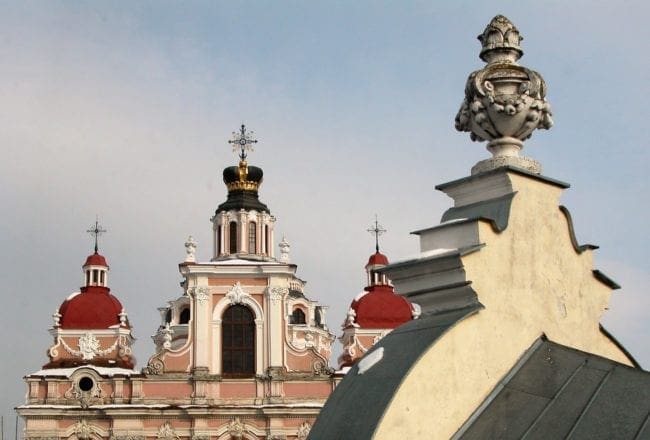 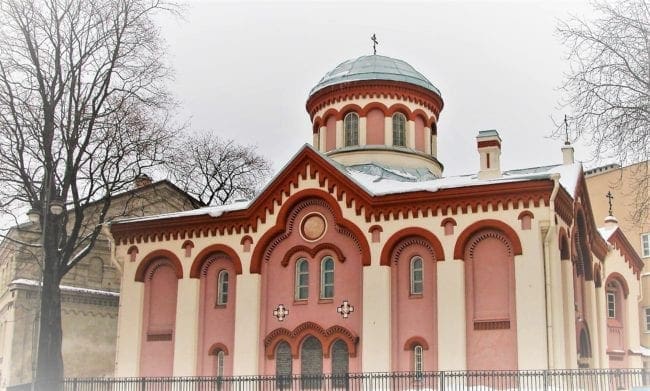 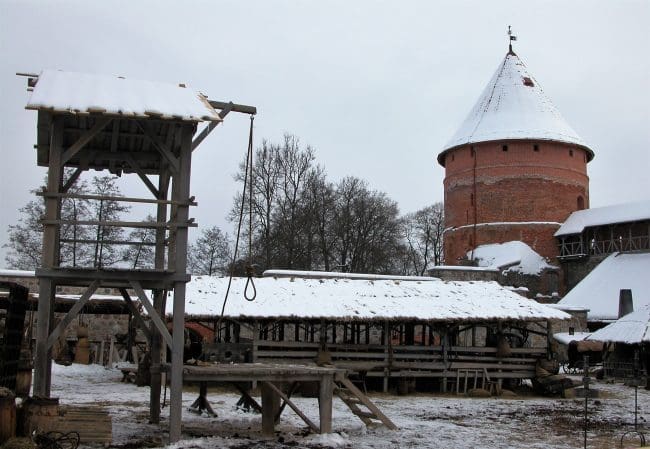 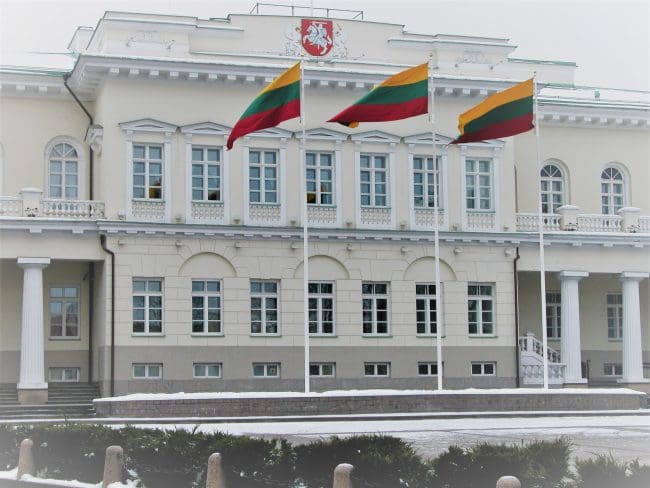 Is Lithuania in the EU? 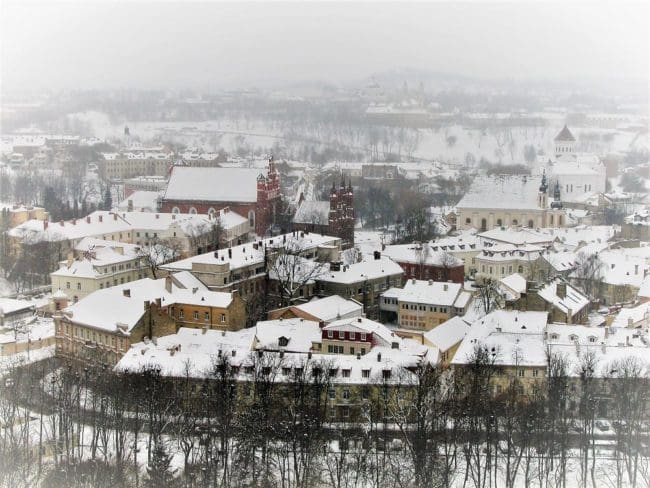