Riga, The Paris of the North

Nearly one in three of Latvia’s two million residents live in the capital, Riga, sometimes described as the Paris of the North. It’s the largest city in the Baltic States, built on a natural harbour. It's on the Gulf of Riga at the mouth of the Daugava river where it meets the Baltic Sea. Riga is also one of only 14 capital cities that consists of only four letters. I will leave you to work out the others. I've flown here from Tallinn.

Riga, like Tallinn, is a UNESCO World Heritage site in the historic centre (more for Art Nouveau rather than medieval buildings though) and a magnet for stag and hen parties. There are a huge variety of bars and there’s a female wearing a bridal veil sitting in almost all of them. There’s even a Beer Spa, where you can ‘immerse yourself in a warm beer bath… while simultaneously quenching your thirst with a glass of cool beer, which will open not only pores, but also will give a totally new outlook on life.’ 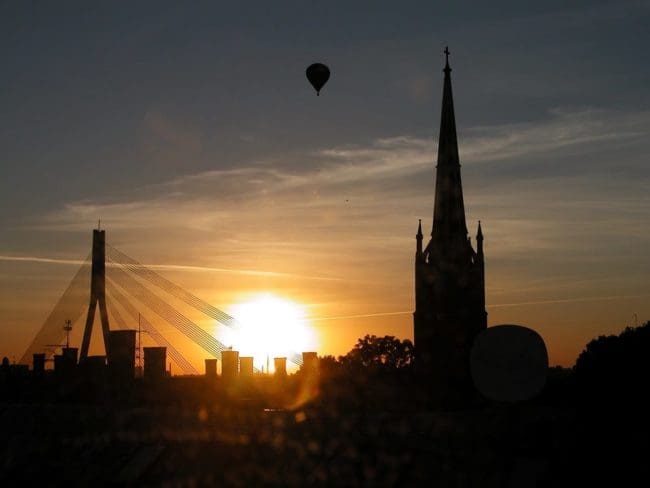 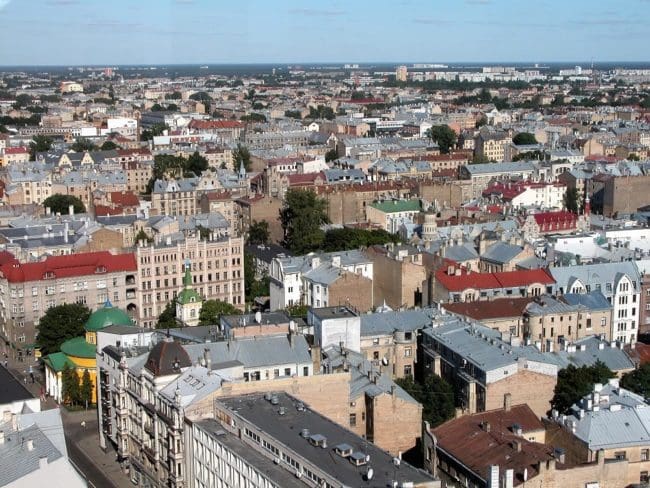 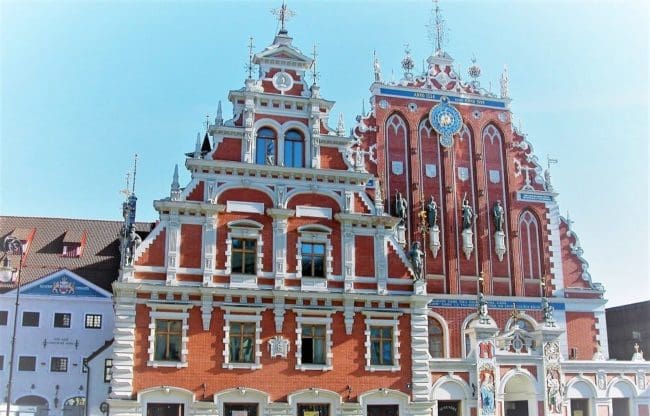 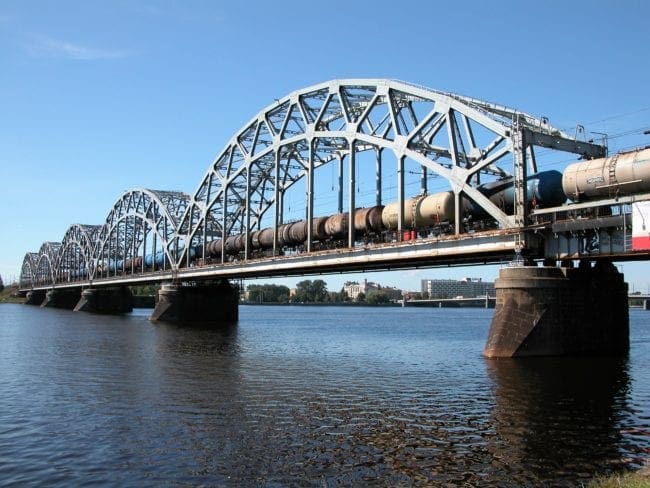 Latvia is known for its forests and wide sweeping beaches. It was established as an independent in 1918, after centuries of Teutonic, Swedish, Polish-Lithuanian and Russian rule, At the outset of World War II, Latvia' was forcibly incorporated into the Soviet Union, occupied by Nazi Germany and then re-occupied by the Soviets in 1944. The peaceful 'Singing Revolution' in 1987, led to the restoration of de facto independence in 1991.[ Since then, Latvia has been a democratic unitary parliamentary republic. and became a member of the European Union in 2004. The currency is the Euro. 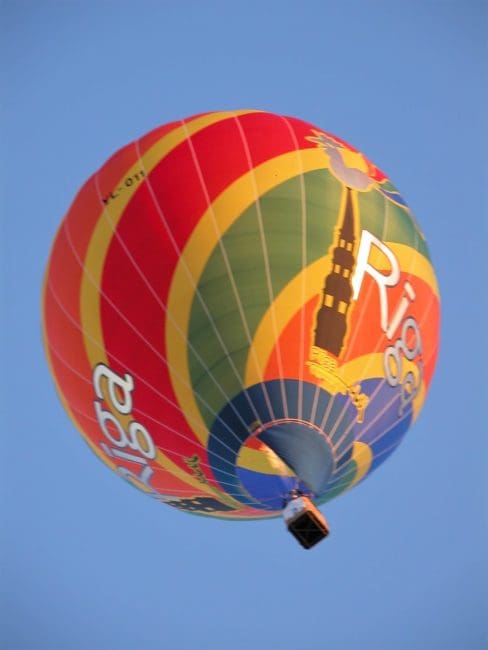 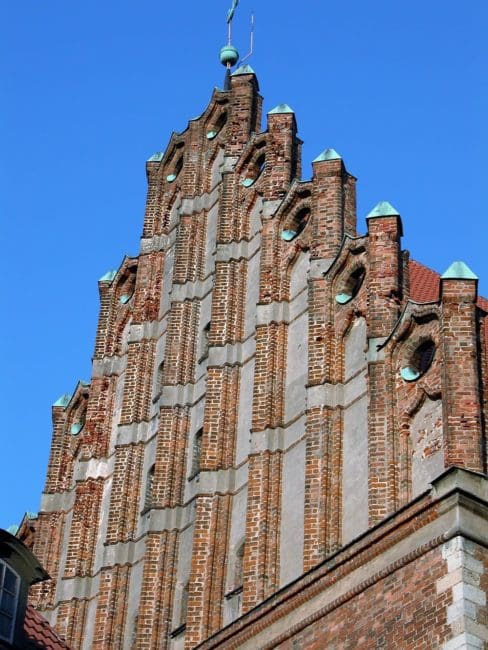 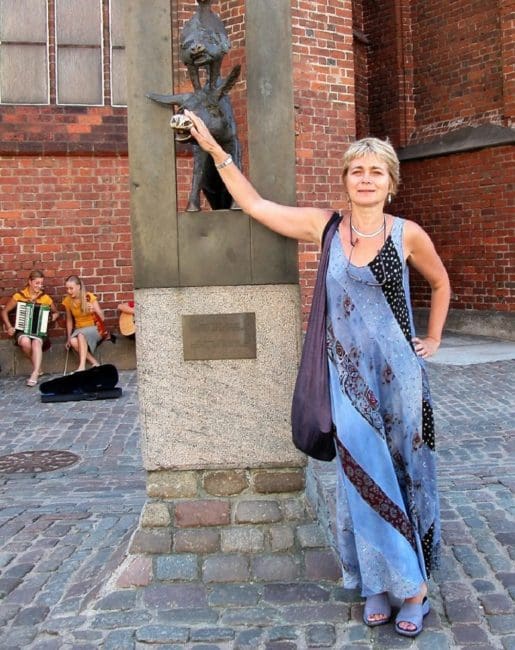 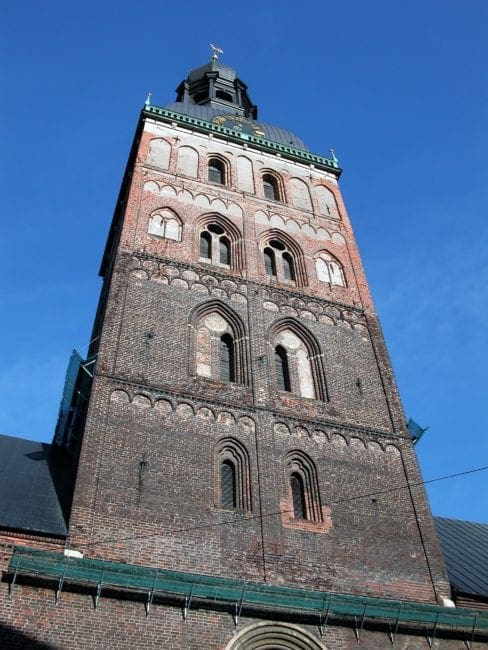 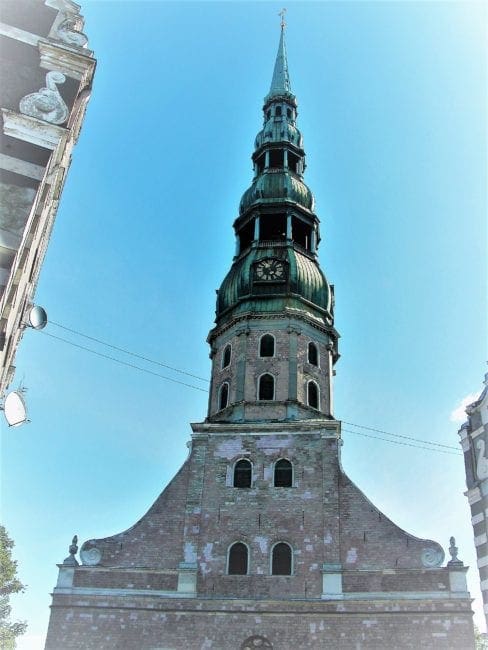 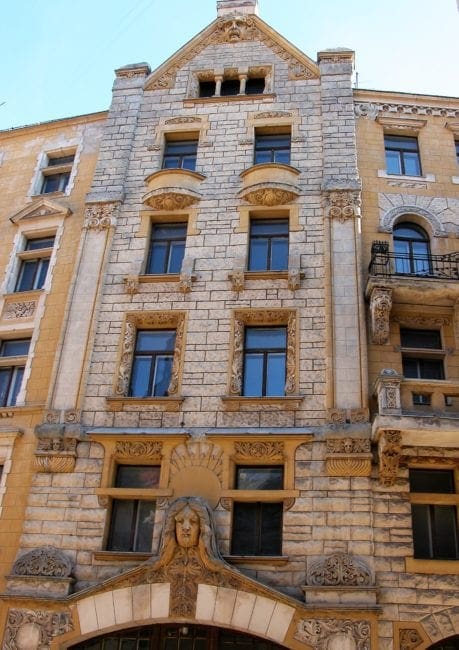 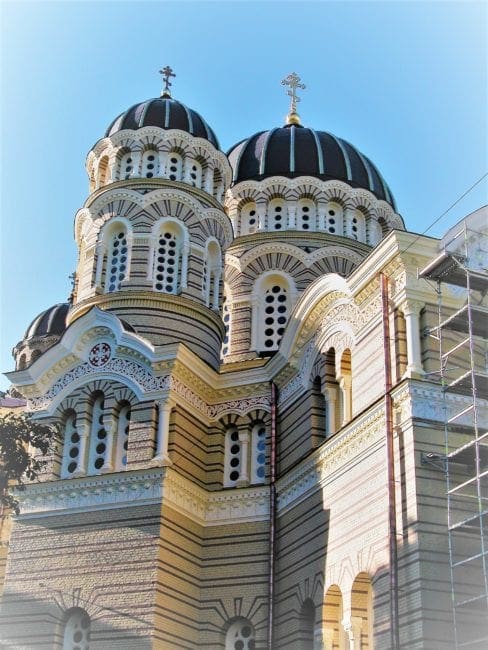 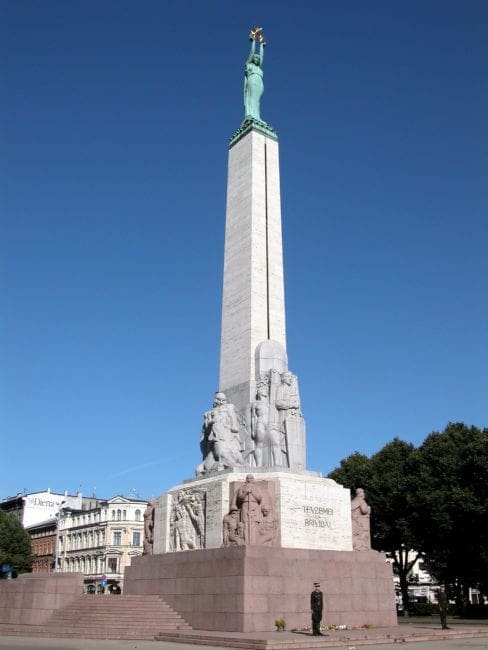 As always in European cities, there are plenty of churches, and this is definitely a city of dreaming spires. shown to good effect at sunset, as hot air balloons drift overhead.There are a sprinkling of notable wooden nineteenth houses and some fetching stepped gables in the pedestrianised medieval Old Town of Riga. There are magnificent Baroque guild houses and Hanseatic dwellings. Alongside, is a vast Central Market with five huge hangars and aforesaid Art Nouveau architecture.

Roughly one third of all buildings in the centre of Riga are designed in this style. According to UNESCO, this is the finest concentration of Art Nouveau architecture in the world. A bronze circular marker in the middle of Cathedral Square celebrates this achievement. We can see it from our hotel window. There's also an Art Nouveau Museum, inside an apartment that's itself showcases stunning examples. 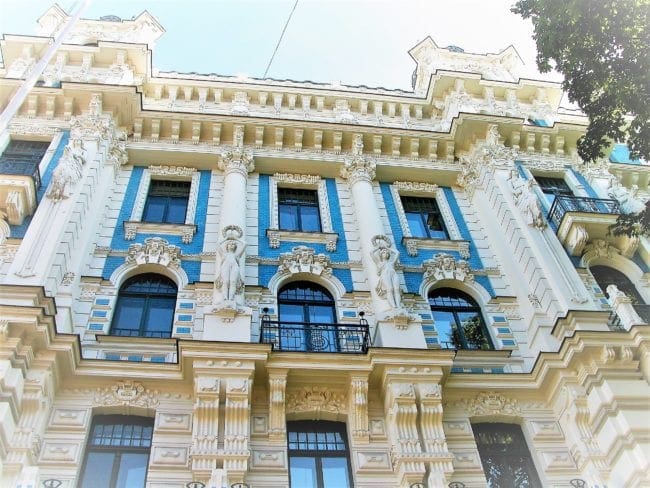 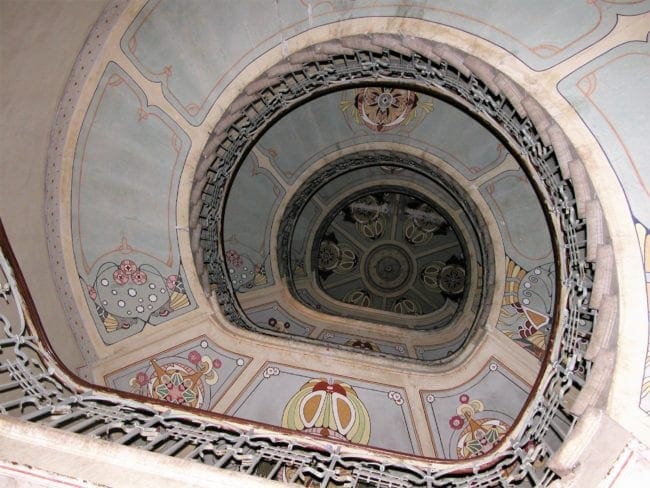 Eating out in Riga

Eating out in Riga is a little fraught. There’s not so much choice in all the cocktail bars, other than few fancier more expensive establishments. Most of the time we frequent a small café where you pile your plate up from the buffet and pay by weight. It’s a cheap and fun way to sample all the local food - lots of dumplings!