A Slow Boat Down the Mekong to Laos

We cross the border into Laos from peaceful Chiang Khong in Thailand and board what is termed a slow boat, for the two-day journey down the mighty Mekong River to Luang Prabang. We change money as we cross the border. The Laos currency is in free fall. Ive been given handfuls in exchange for a few dollars.

It is a very slow boat indeed. We’re not going to miss any of the breathtaking scenery and can appreciate the correspondingly slow-paced village life. But at times, I envy the long tailed river taxis speeding past. Although they’re going at such a speed that they look a little scary, the bows out of the water and all the passengers, with gerbil cheeks, receiving instant face lifts.

The river boat is billed as basic in nature and this is entirely accurate. It has a toilet, a covered roof, and open sides, which are probably welcome when the weather is warmer. As it is. we are so cold we bundle ourselves in every blanket we can find. We lie on the floor of the boat sardine-like, huddled together for warmth. 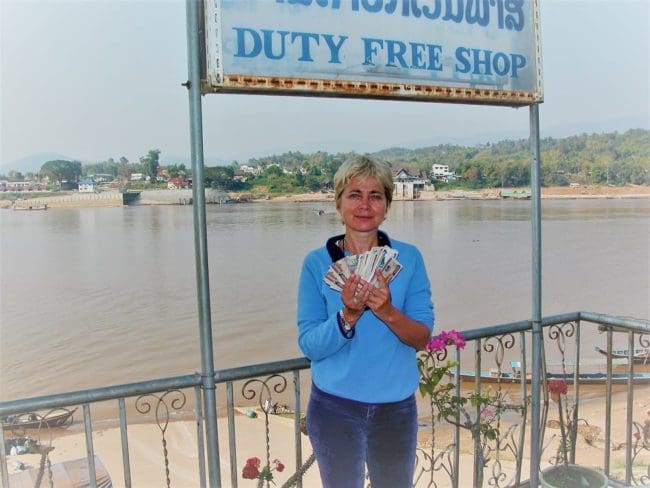 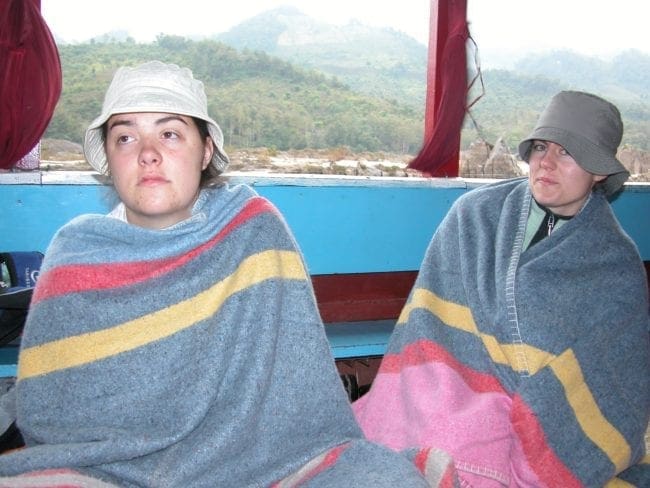 After eight hours, we emerge looking as if we have been sitting in a freezer, to dock at the small town of Pak Beng. It’s muddy and undeveloped here. The polite word is probably rustic – we have a local and also very basic guesthouse for the night. 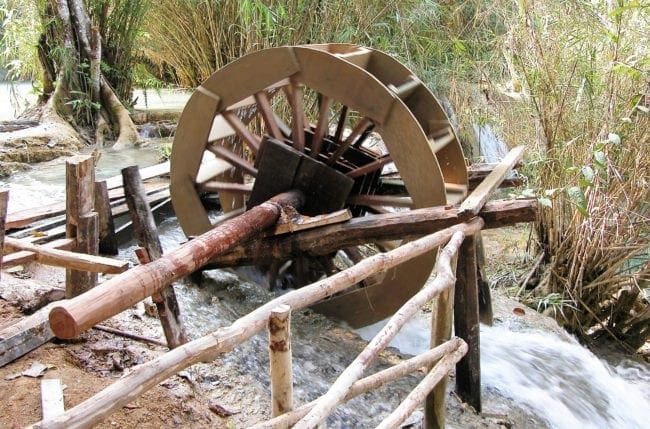 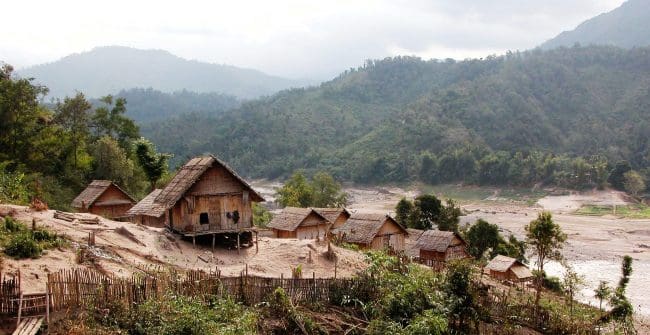 Back on the boat we cruise to the Pak Ou Caves. This is an important religious site overlooking the river at the junction of the Mekong and Ou Rivers. The two sacred limestone caverns are filled with Buddha images of all types and sizes. They have been brought by devoted villagers over the centuries. The lower cave, Tham Ting, is entered from the river by a series of steps. The higher cave, Tham Phum, is deeper and we need our torches. 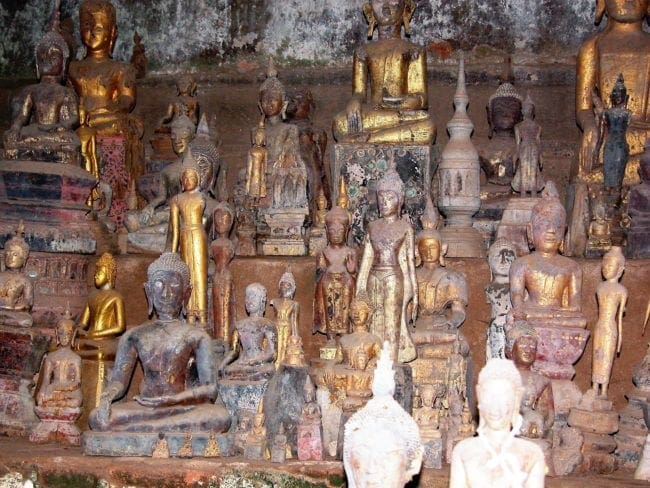 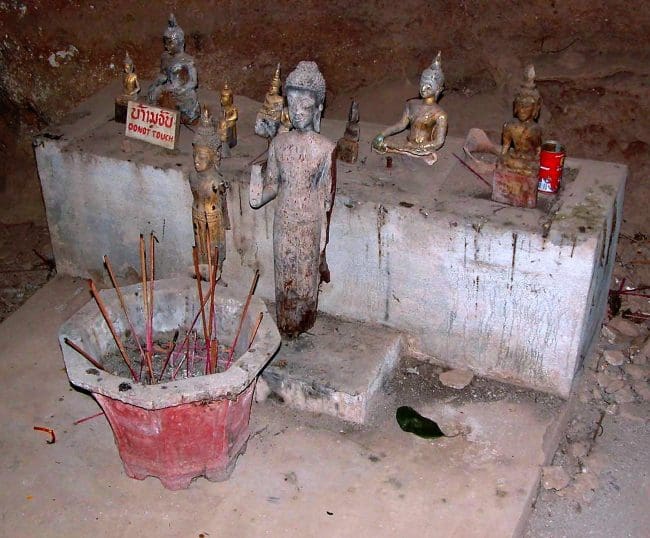 We continue to the atmospheric World Heritage-listed city of Luang Prabang. This is a UNESCO recognised gem, nestled in the hills of northern Laos, where the Mekong and Khan rivers meet. It's claimed to be ‘the best preserved city in South East Asia. Luang Prabang is endowed with a legacy of historic red-roofed temples and French-Indochinese architecture and is utterly gorgeous. (I’m not biased at all by the fact that we’re now in a comfortable hotel). 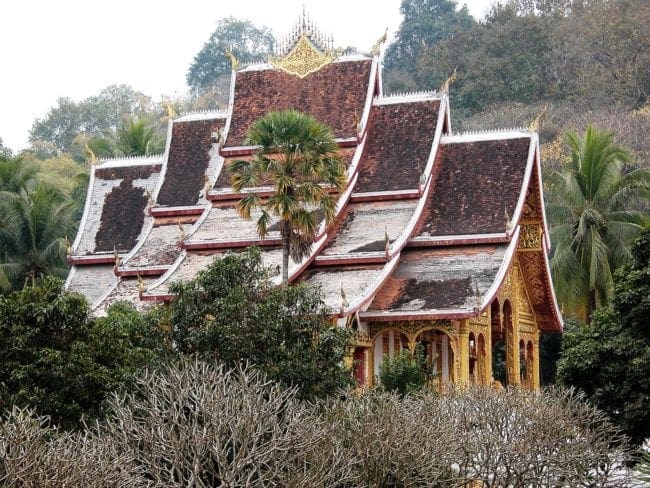 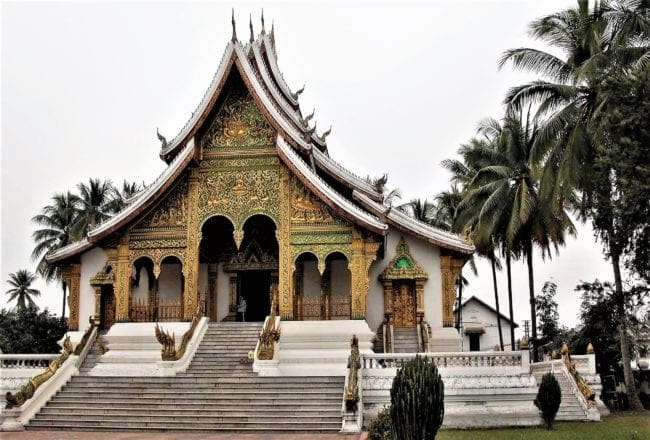 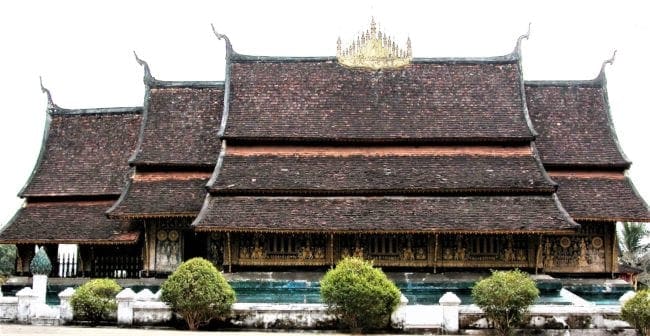 The Royal Palace is relatively recent. It was built in 1904, during the French colonial era, for King Sisavang Vong and his family. The site for the palace was chosen so that official visitors to Luang Prabang could disembark from their river voyages directly below the palace.

There’s also an eclectic mix of restaurants, cafes and bars. as well as markets and the buzzing night bazaar, where the locals buy their food. Barbecued rat on lollipop sticks is on offer. Or bat. This is one of the poorest countries in Asia. but the people are friendly and eager to chat. ( I see I've unintentionally written a very bad poem here.) 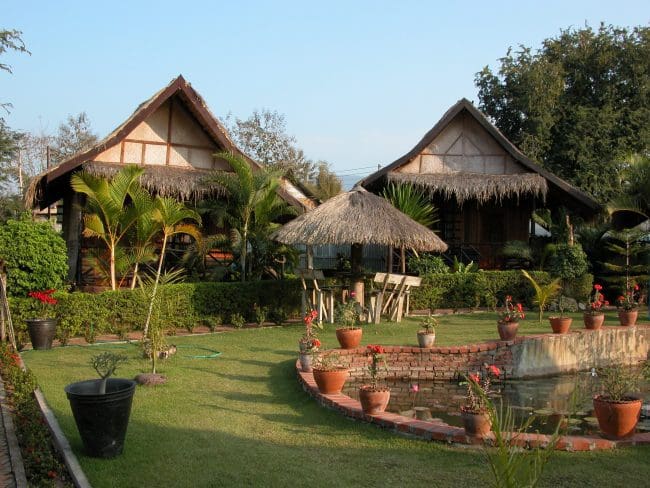 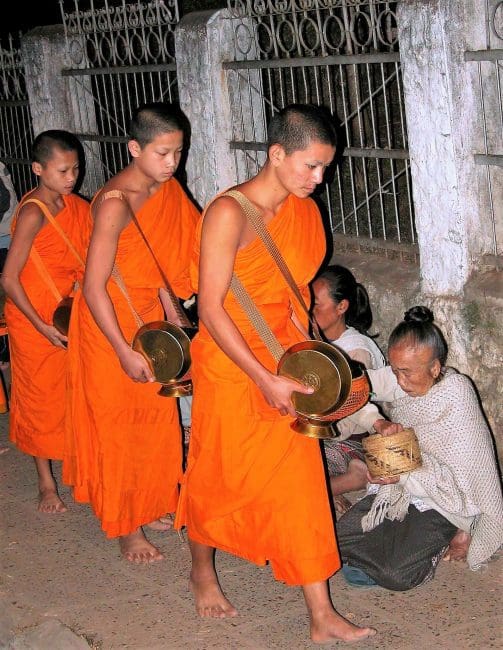 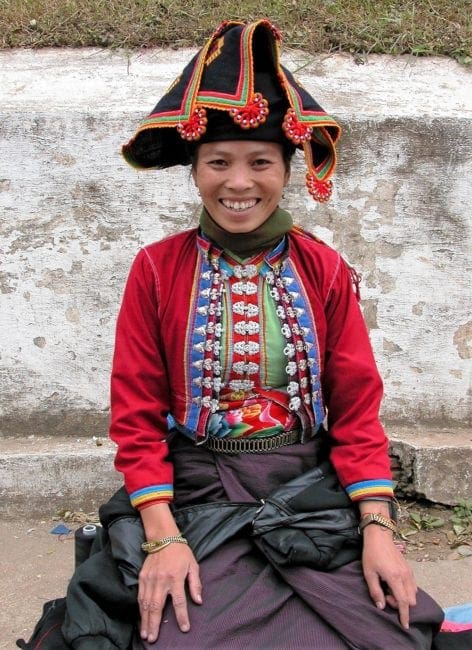 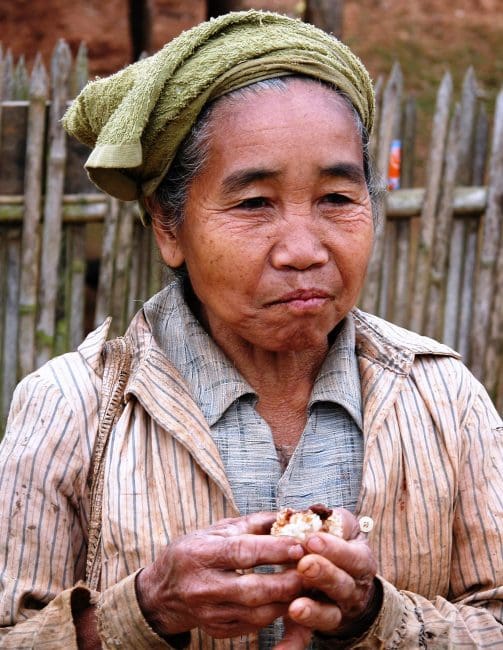 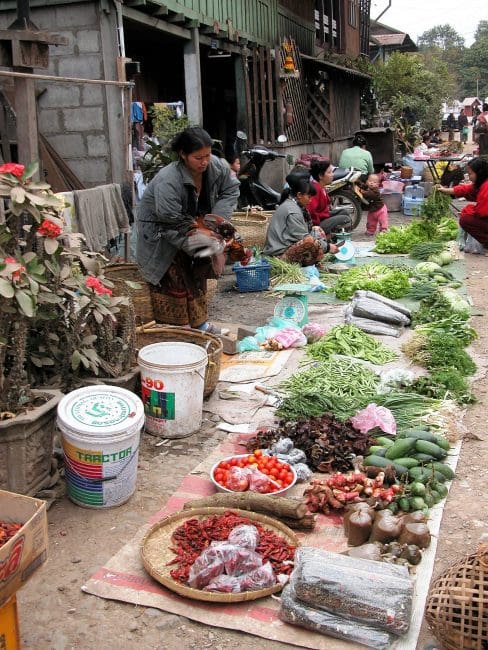 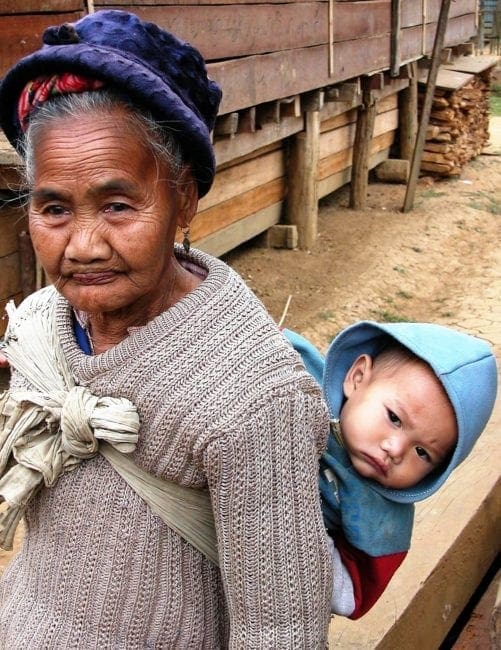 There are plenty more villages to explore. A very fast paced walk, almost a route march, out to the Kuang Si Falls. It's a lovely walk, nevertheless. People are working in the paddy fields. waving happily. A toddler wielding a huge metal cleaver waves too. Groups of children congregate to stare. The poverty is evident in their old. torn clothing. Many are bare foot.

Sadly, there's also a mini zoo. Mournful bears and tigers in tiny cages. It's too hard to look at them. The Kuang Si Falls, are beautiful, definitely worth all the effort. A picturesque, multi-level cascade that offers fantastically blue pools. They would be perfect for a mid-afternoon dip, if it were warm enough.

The highlight of the visit here, for me, next day, is the procession of monks undertaking the ritual known as Morning Alms or ‘Sai Bat’. At dawn, the locals stand or squat to offer food to the saffron-robed monks who line up for their daily meal, carrying their begging bowls. It's a tradition that dates back centuries. The offerings must be collected early, as the monks cannot eat anything after midday. Giving food to a monk, earns you merit, which will be carried over into the next life. 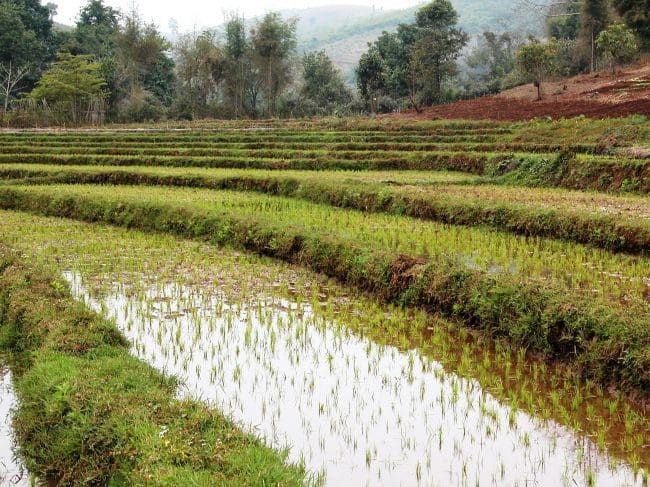 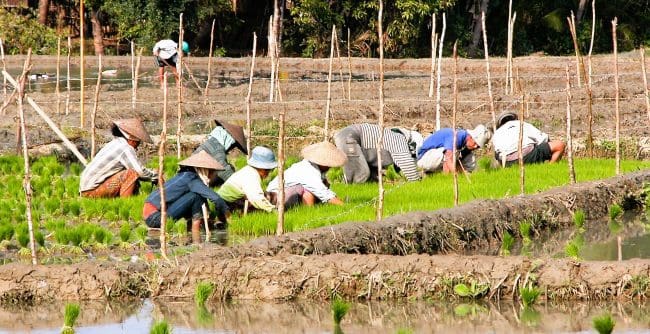 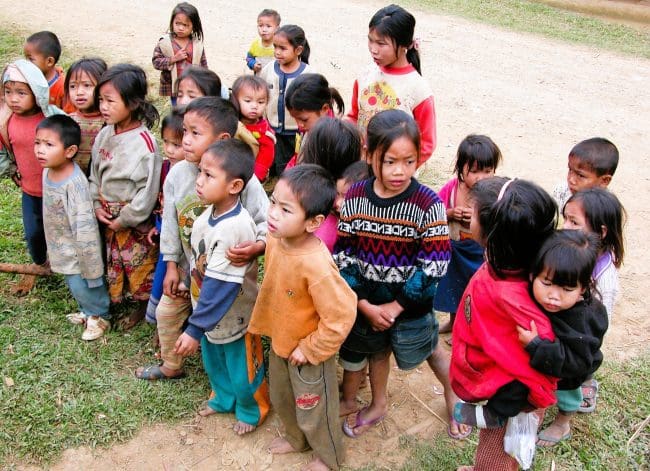 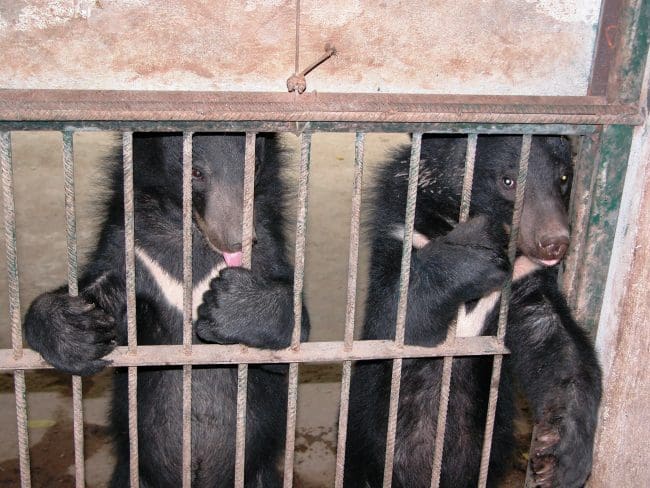 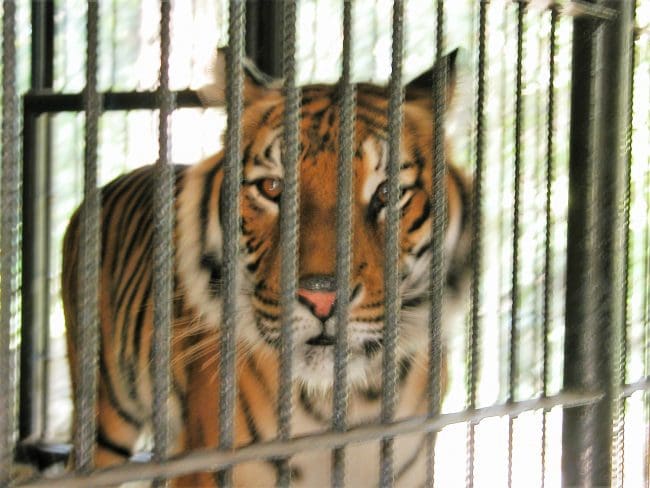 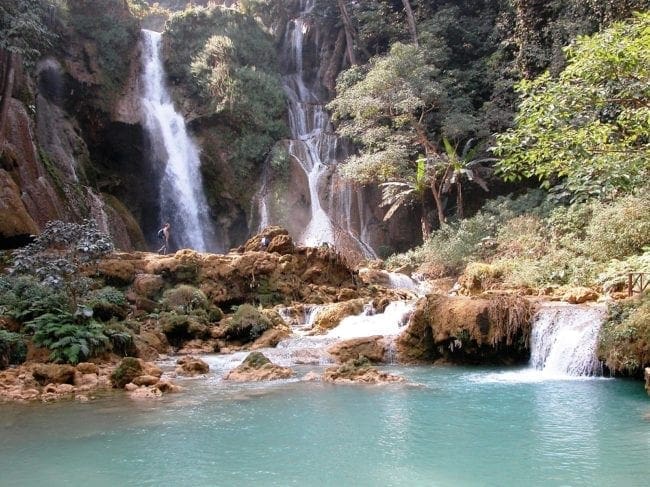 Present-day Laos traces its historic and cultural identity to the wealthy kingdom of Lan Xang, which existed from the fourteenth century to the eighteenth century, as one of the largest kingdoms in Southeast Asia. After a period of internal conflict, Lan Xang broke into three separate kingdoms—Luang Phrabang, Vientiane, and Champasak. In 1893, these three territories were colonised by France, as a French protectorate and were united to form what is now known as Laos. Laos became independent in 1953, but a post-independence civil war began, which saw the communist resistance, supported by the Soviet Union, fight against the monarchy supported by the United States.

Between 1964 and 1973, the US dropped two million tons of bombs on Laos, nearly equal to the 2.1 million tons of bombs the US dropped on Europe and Asia during all of World War II. This made Laos the most heavily bombed country in history, relative to the size of its population. Most of the canoes tethered along the banks of the rivers are created from old mortar shells. Reminders of the CIAs ‘Secret War’ on Laos are everywhere. The locals have crafted all manner of goods, from speed boats to saucepans out of metal remnants. Thirty percent of the bombs dropped in Laos were unexploded and still remain, which makes for careful wandering and all too common tragedy.

The Lao People's Democratic Republic today is one of the world's only socialist states, openly endorsing communism. 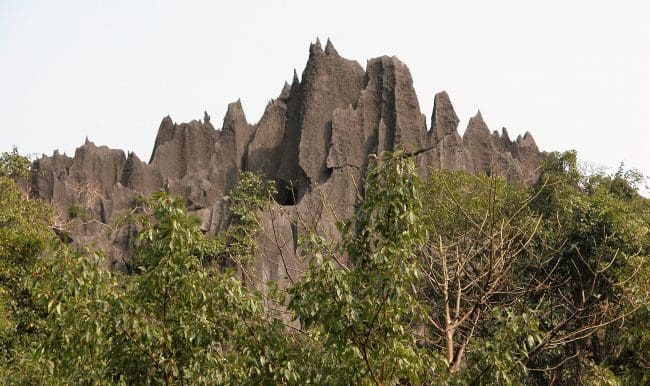 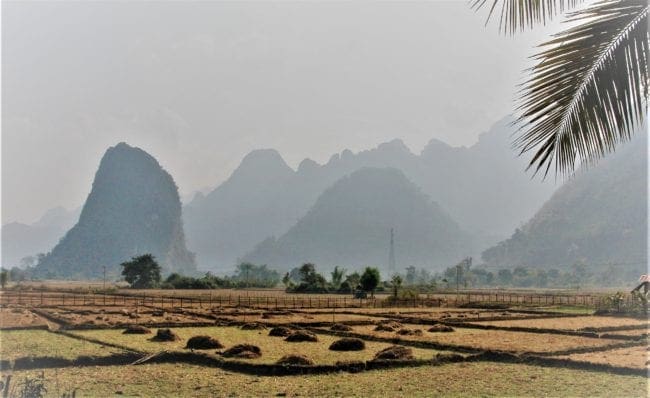 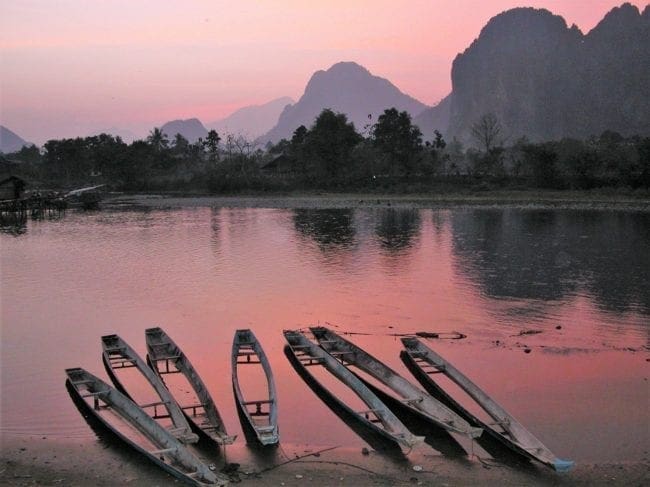 South, through Laos, from Luang Prabang to Vang Vieng along an extremely hilly highway. Situated on the Nam Song River, Vang Vieng is surrounded by towering limestone karsts. The scenery (especially the sunsets) is stunning. I take to a bike and wobble over the rutted paths alongside the river, cattle swimming alongside. There are more caves to scramble up to,;the largest is known as Tham Chang. It's a beautiful cavern fed by a natural spring, which creates an almost enticing pool. 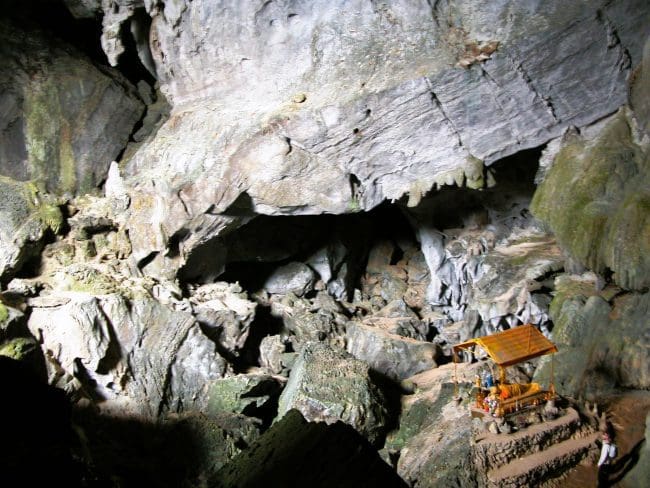 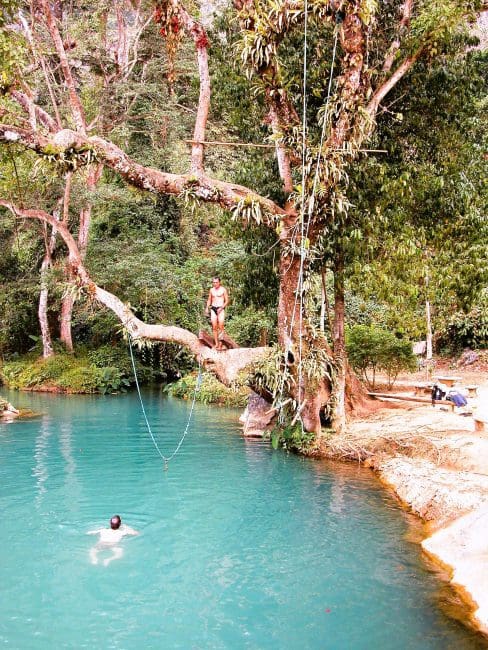 Onwards by bus, now, to the Laos capital, Vientiane. Squealing pigs scatter in front of us. Vientiane is more spread out than Luang Prabang and not as charming. Nonetheless, there are markets, monuments and temples to visit. Tuk tuks here are called jumbos. But I can't see one. Serendipitous then, that George, a native Indian American appears with his motor bike and offers to take me on a tour of the city. We zoom along the, tree-lined boulevards and past faded colonial mansions to Wat Si Saket, the oldest temple still standing in Vientiane. It’s home to almost 7,000 Buddha images. Also not to be missed is Pha That Luang. This is  a gold-covered large Buddhist stupa right in the centre of the city. It is generally regarded as the most important monument in Laos and a national symbol. 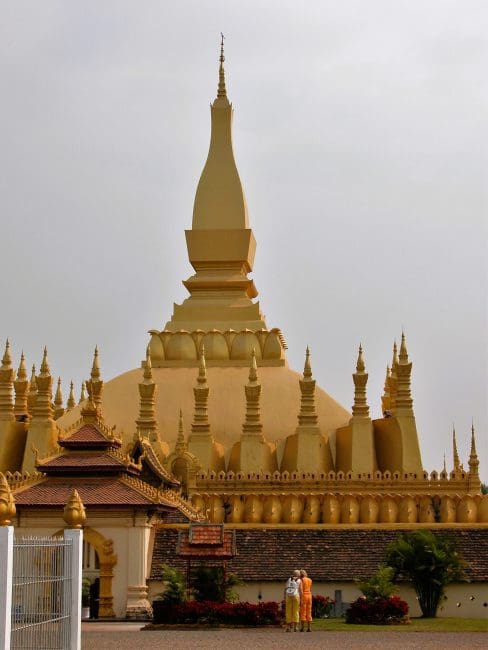 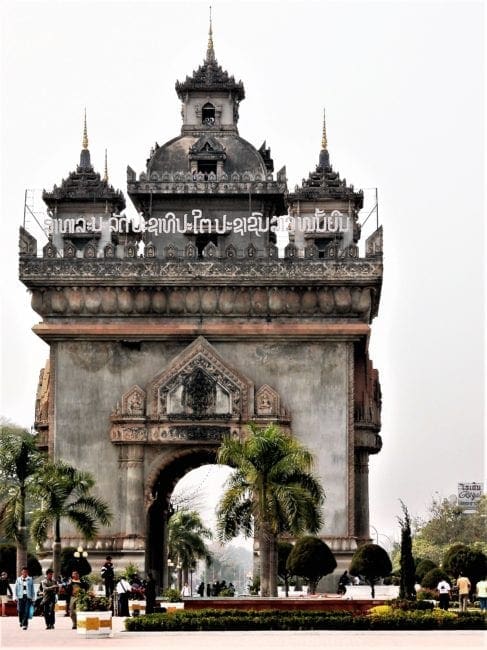 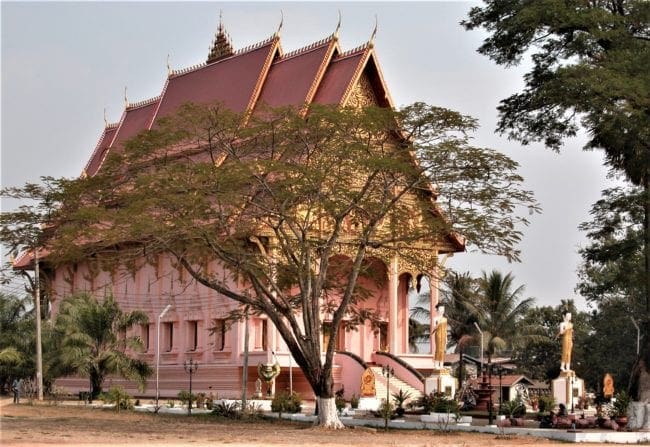 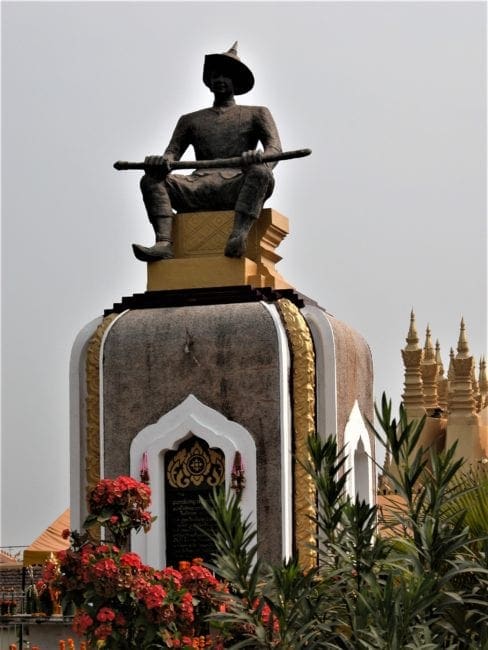 Finally, overland in a bus, past cliffs and rivers, over the border to Hanoi. and then back to Thailand.