I’ve had a hankering to return to Munich, ever since my ex-husband Don, missed the autobahn turn off, on our first jaunt through Germany and refused to turn round. He said there was too much traffic. Getting there today from Liechtenstein isn’t going to be easy. Munich from Vaduz and then back down to Andorra before returning, eventually, to Germany isn’t the most obvious routing, but my hotel in Munich is non refundable, so I’m fitting things round those dates. Austria won’t allow the English in at the moment (thanks Boris) so I can’t take the obvious connections, through Kufstein or Innsbruck, and I’m having to travel via Zurich and Stuttgart instead. There’s a bus from Zurich that I was considering, but I discovered that this clips the corner of Austria too, by Lake Konstanz and I don’t want to risk being thrown into quarantine for two weeks. 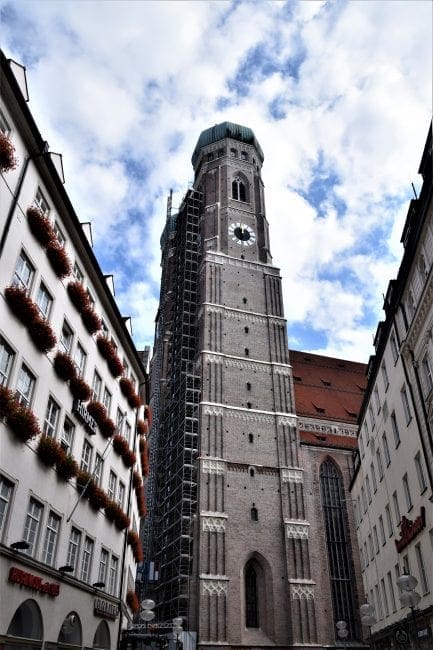 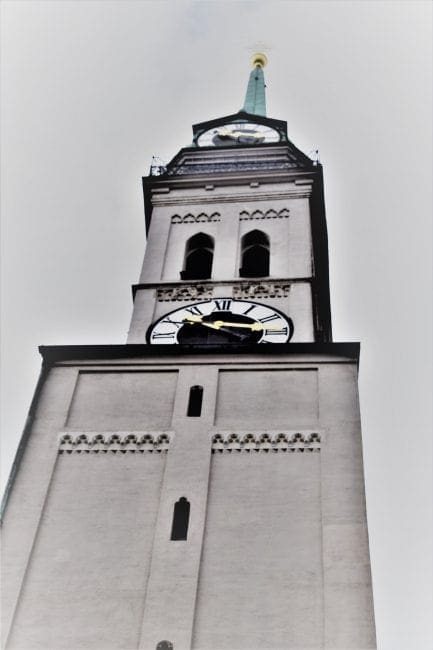 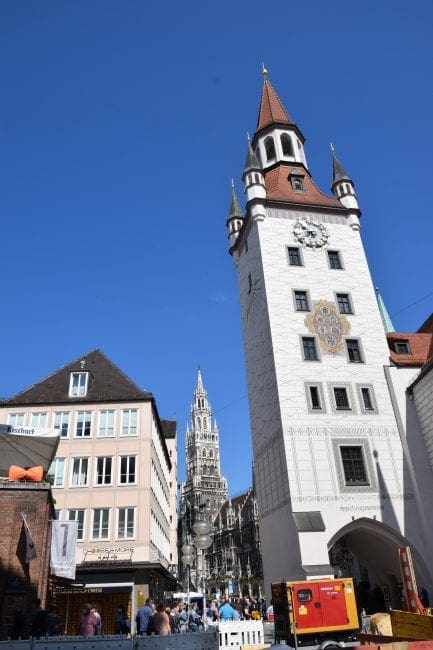 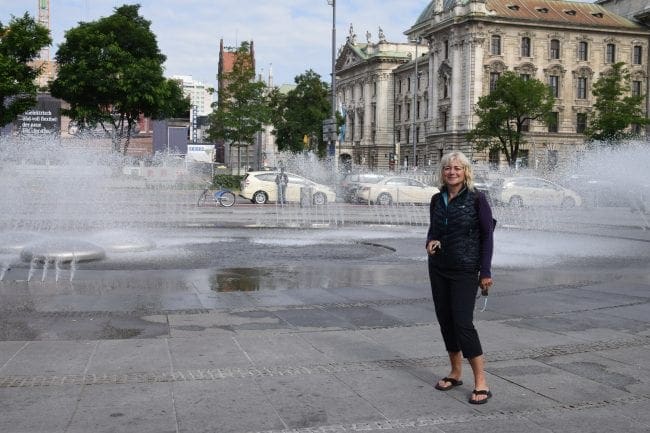 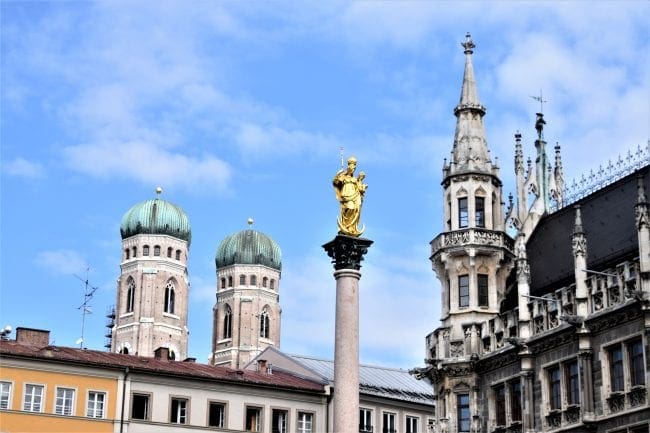 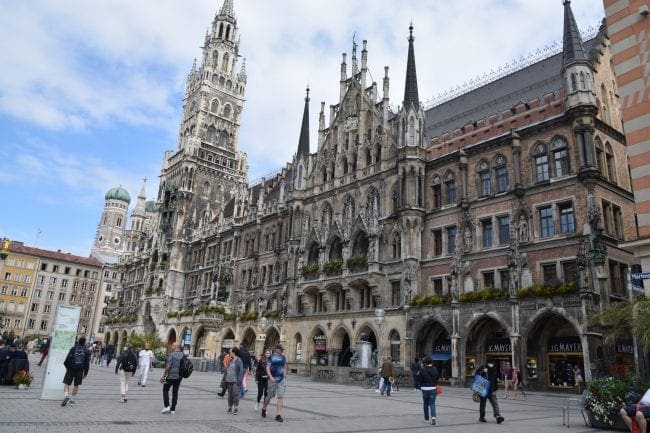 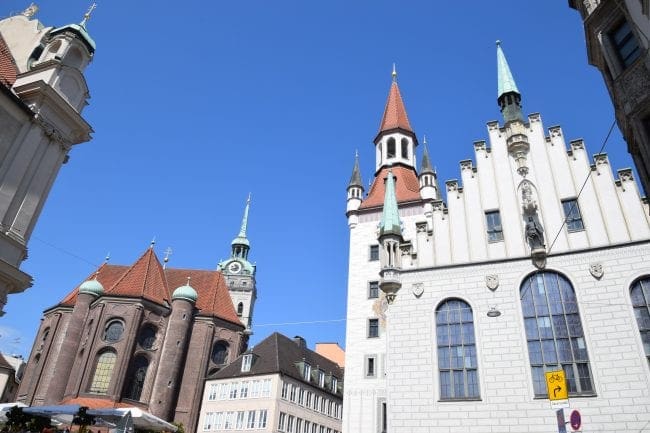 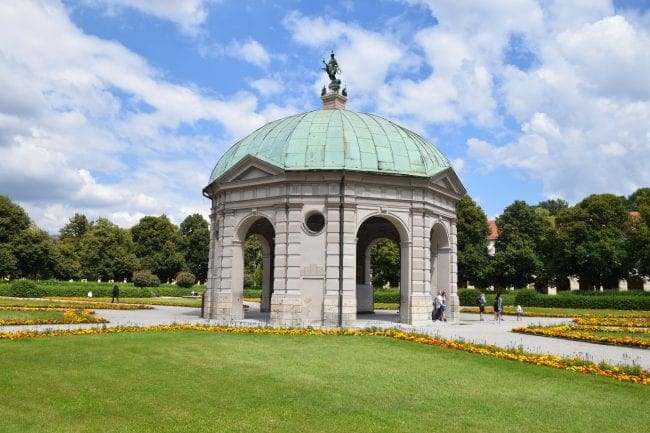 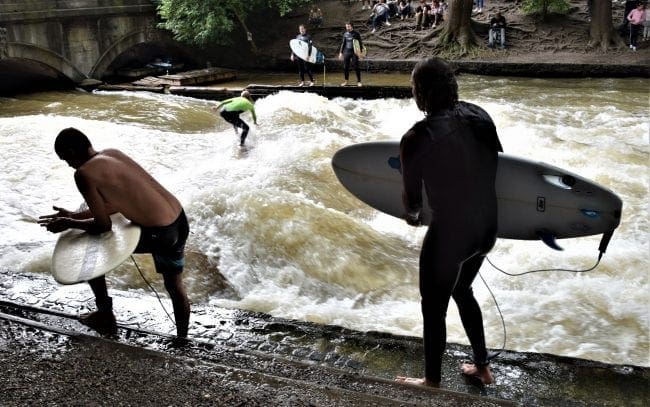 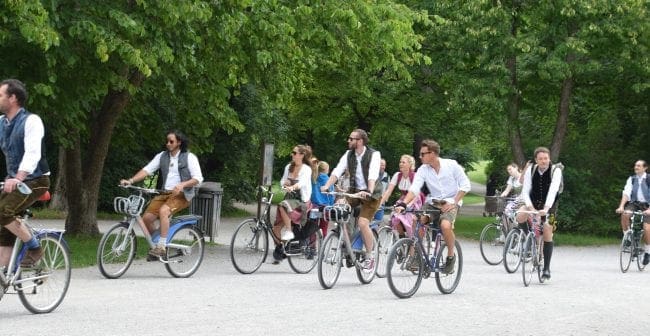 The English Garden is a large, very pleasant  area with some tree filled meadow (think Bushy Park), small hills bearing neoclassical follies, a Japanese tea house, a Chinese pagoda and (yes you're reading right), a channel with a wave machine. Crowds gather here to watch the surf dudes, who do well if they stand up for longer than five seconds – it’s a ferocious current. 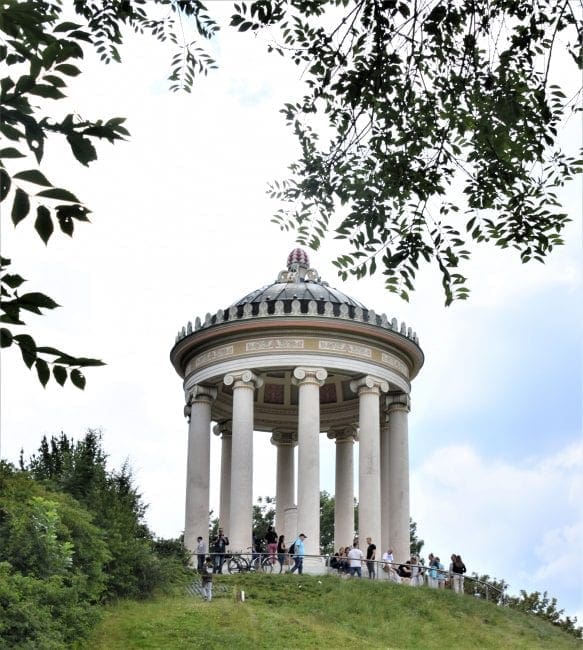 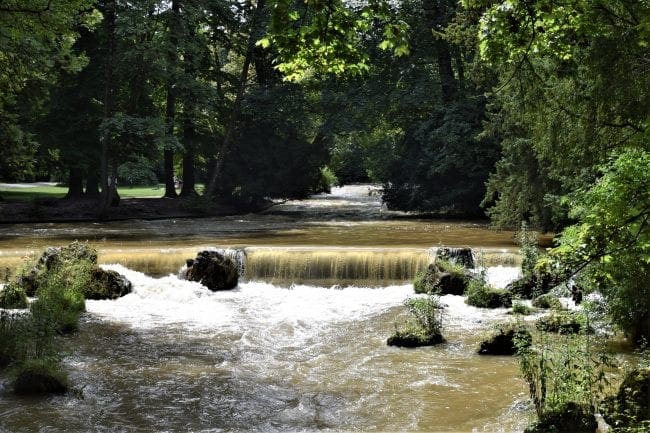 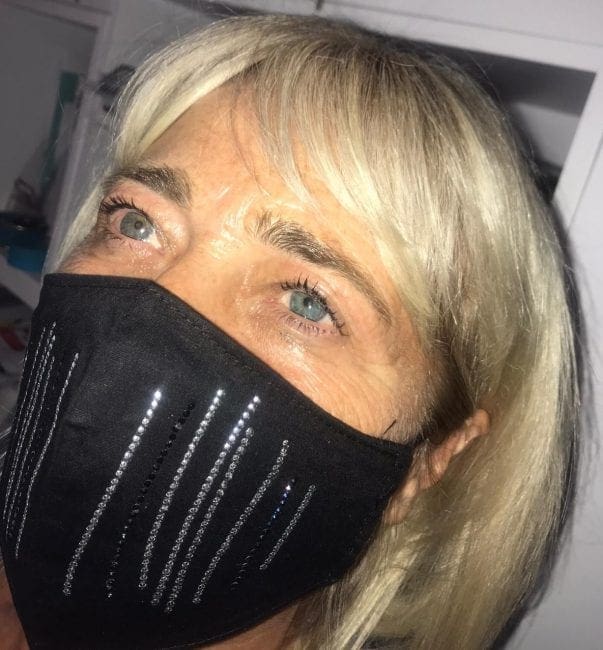 Neuschwanstein Castle has long been on my bucket list, so I'm off to see this as well as  another of mad King Ludwig’s creations. Except that, according to our guide, Ludwig has been cruelly mislabelled. This King of Bavaria  was officially diagnosed as mentally ill towards the end of his nineteenth century reign, but it is now thought that he was simply eccentric and creative, unusually so for his time. The psychiatrist who wrote the damning report  had never met him.

Ludwig also refused to marry and broke off an engagement although he was pressed to marry. No wonder he retreated from reality. Even his death at a relatively early age is surrounded in mystery. He drowned along  with his doctor, despite being a very good swimmer, the day after he had been certified as insane.

Ludwig was obsessed with Louis XIV, the Sun King and modelled Linderhof Palace after Versailles. Linderhof is tiny ( for a palace), but is the only one of Ludwig’s palaces that he properly inhabited. Its rooms are lavishly decorated and gilded, the walls almost entirely covered with winding curlicues, the ceilings with painted  nymphs and gods. Nooks and pedestals filled with Meissen and Sevres china.  There’s even a (small) Hall of  Mirrors. 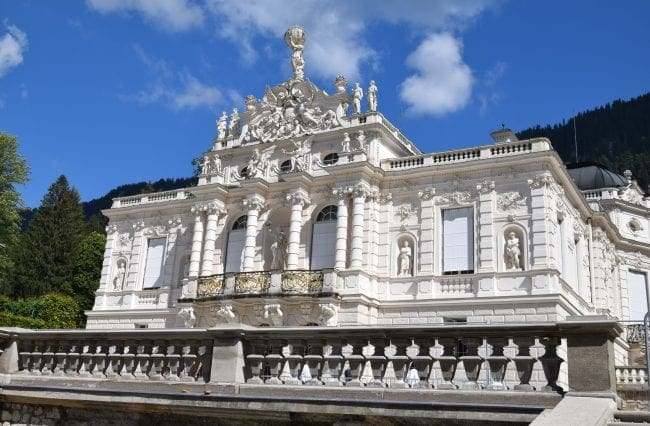 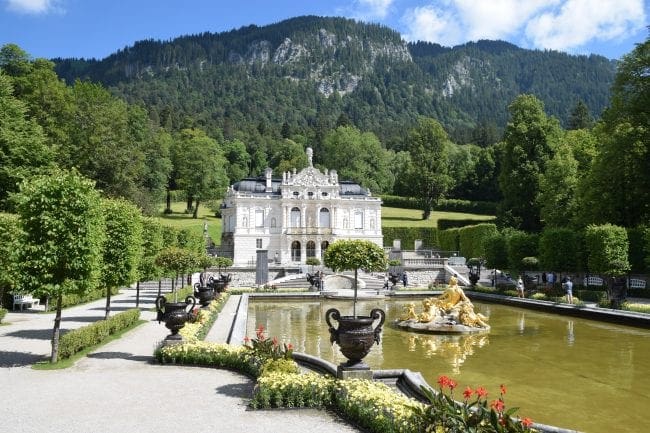 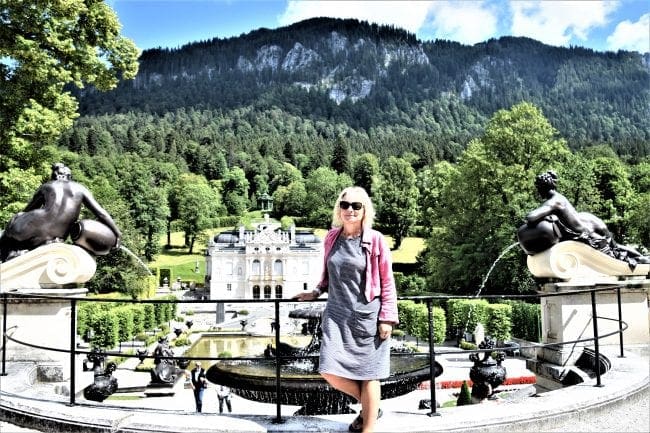 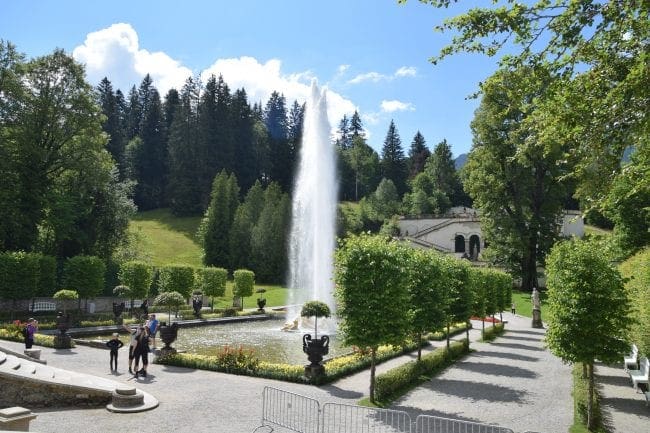 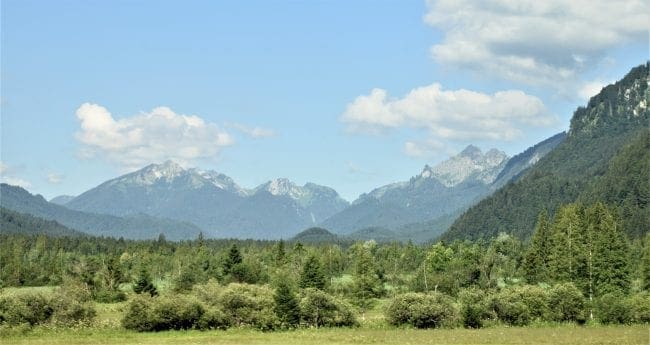 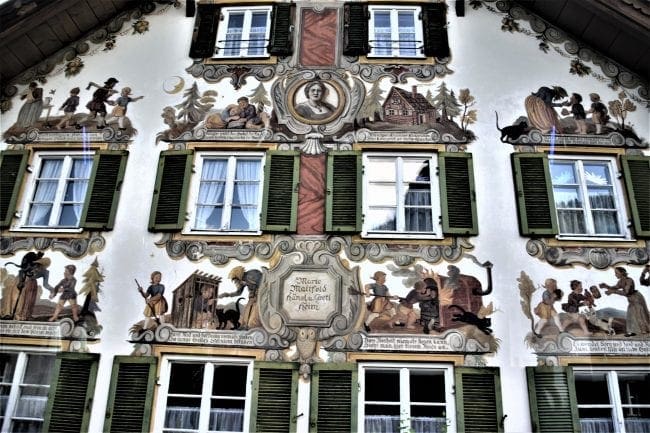 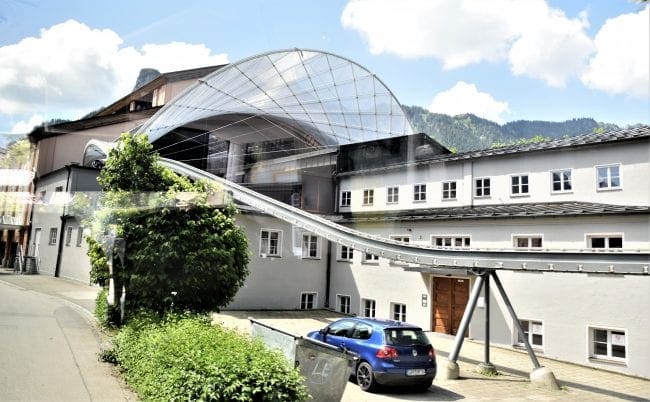 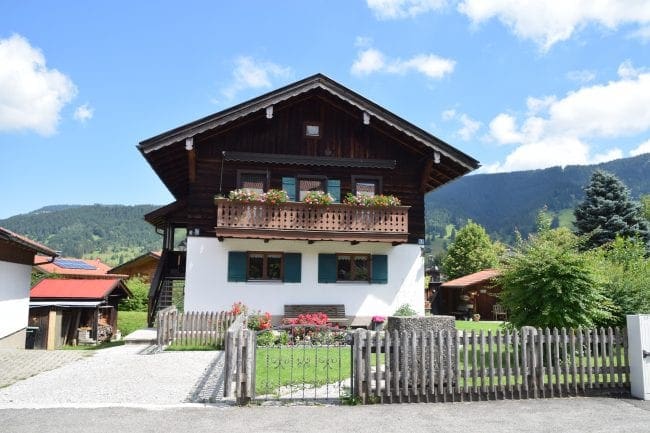 A highlight of today has been the absolutely stunning alpine scenery and Ludwig put Neuschwanstein in the midst of possibly the best views up the mountain, looking across to the lakes and the Alpsee in particular and down to the village of Hohenschwangau, a resort spot with little beaches, on the lake. And yet another castle. You can wait 20 minutes for a shuttle bus that will take you up to view points and a ten minute downhill walk to the castle. Or you can walk up hill for 40 minutes with no views. It’s not really a contest.

There’s another queue, with a fifty minute waiting time if you want the picture postcard view from the Marienbrucke (Mary Bridge). And if you’re travelling solo don’t try and eat in the Hotel Muller restaurant. Despite me being head of the queue the waiter allowed six couples in ahead of me and then told me there were no free tables outside. He offered me the indoor dining room, which was not in use at that time – not set up and no-one in it. 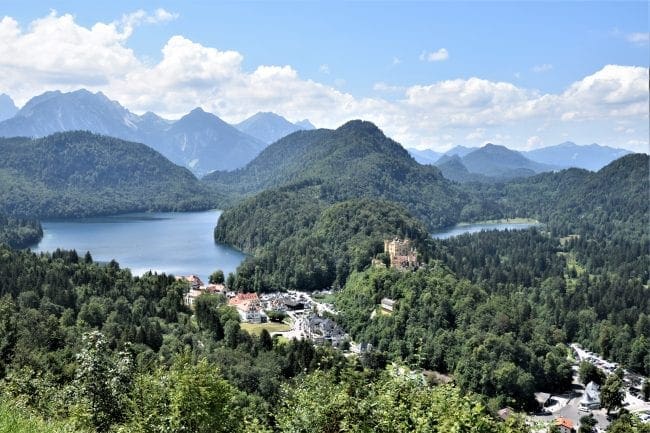 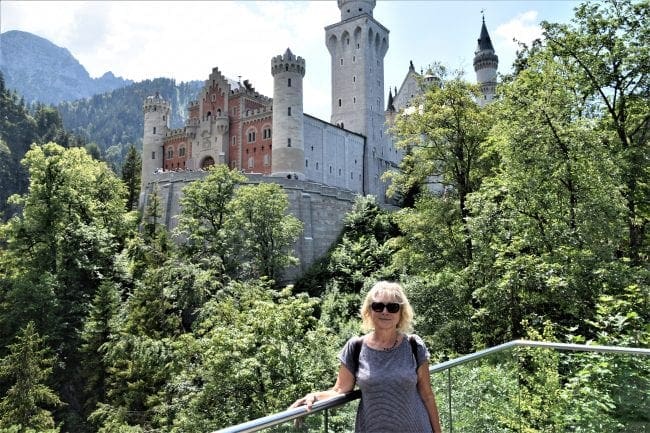 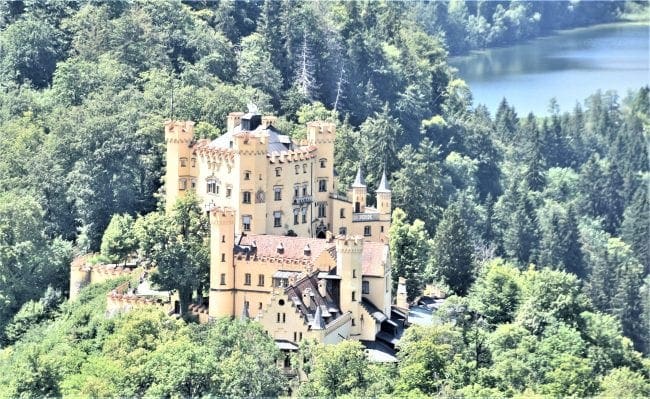 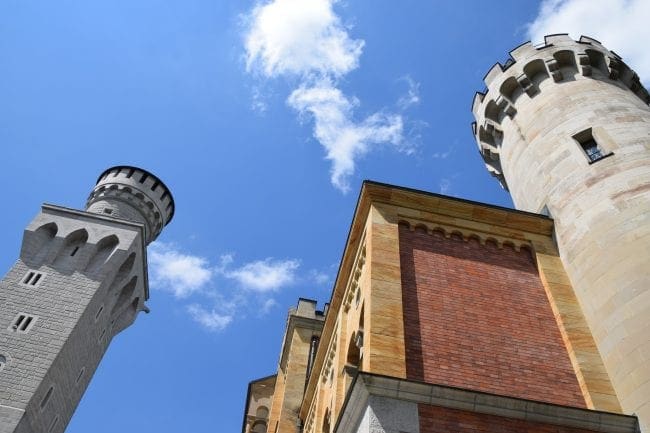 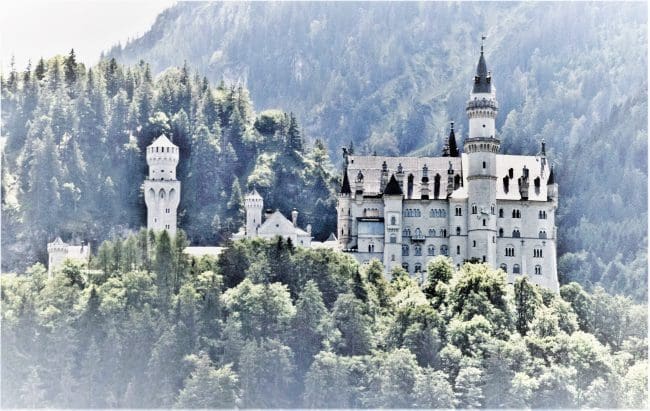