I've flown in from Perth. An eight mile walk in steaming Singapore, revisiting old haunts. At least that’s what I set out to do, but Singapore has changed considerably over 20 years. I've been here several times before whilst working in Manila and on my first whistle stop tour, a very long time ago a side trip from Malaysia with friend Barbara. We altered our tickets at the last minute.

Clarke Quay, the old warehouse area, along the Singapore River, is very close to my hotel, so I'm starting there. It had already been over restored, on my last visit. (See Singapore 2000 - Expat Living ). It's mostly modern glass and steel restaurants, suspended over the water now. And it's strangely quiet. Perhaps it's too early. 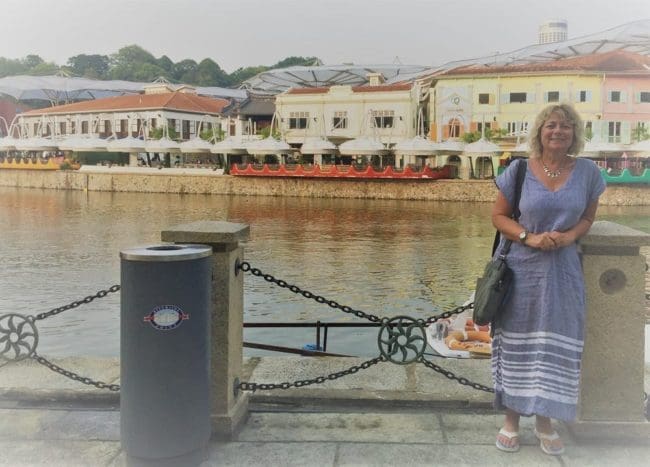 As usual it's grey and humid (I'm not sure I've ever seen the sun here), but Chinatown has become a bustling tourist centre, bright signs and a bustling, formal food court. Admittedly, it was previously quiet and not entirely exciting. But there was colour and we did see dragon dancing in the street. It's almost over - vibrant. To me it no longer feels authentic. But that's because I have my memories. To be fair, it very much reflects developments in mainland China, where what to me seems tacky and garish is beloved. It's vibrant and the typical Chinese smells, of fried food, stewed duck, waft through the air, adding atmosphere. 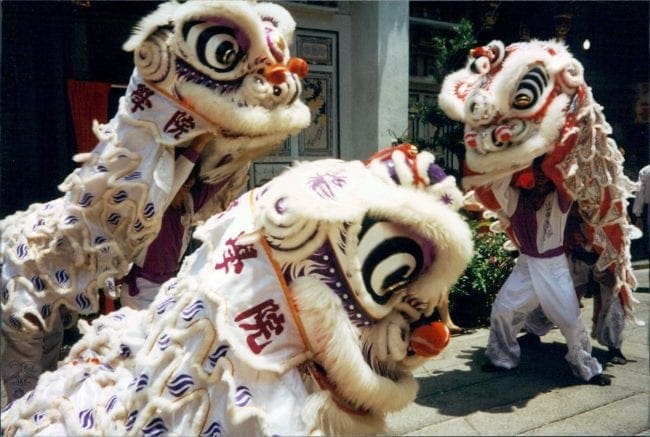 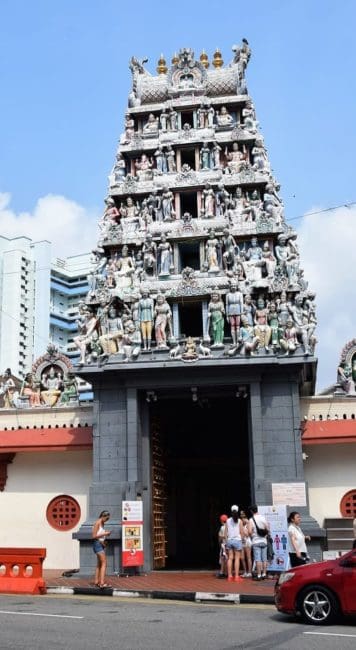 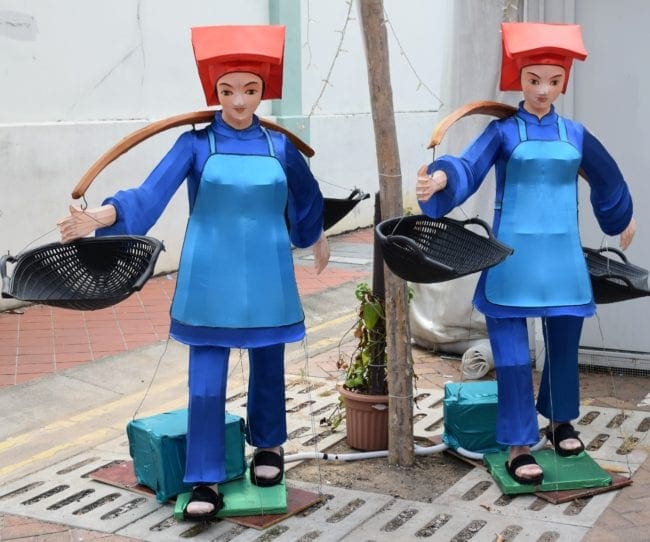 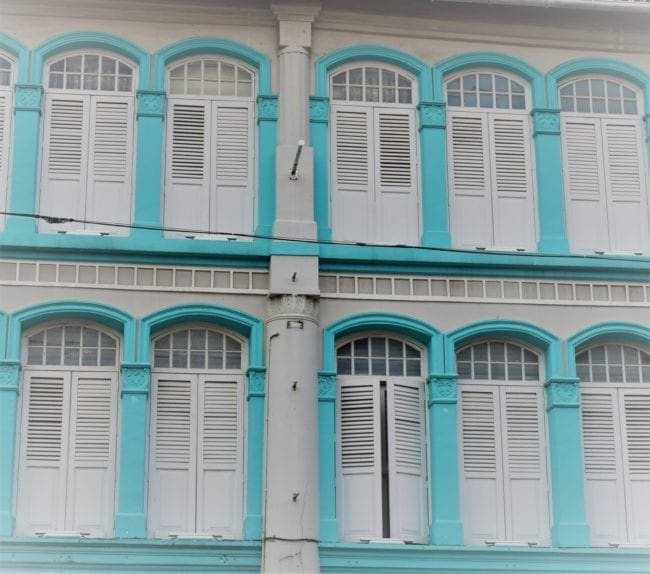 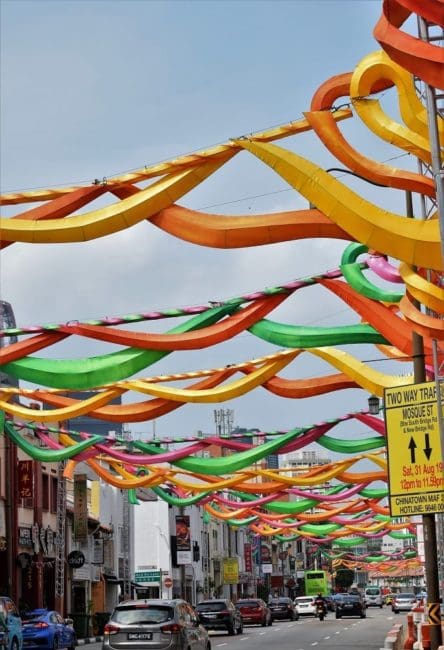 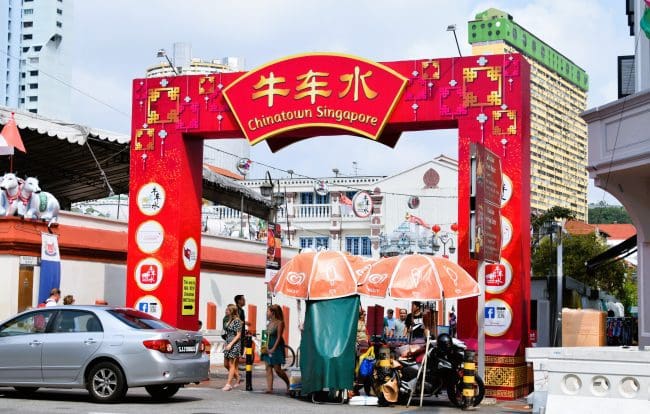 The Temple of the Sacred Buddha Tooth Relic

Chinatown is also home to a brand new temple. The Sacred Buddha Tooth Relic Temple. It's a busy and complex mandala style building, which includes a museum and a theatre. Most importantly, it houses the left canine tooth of Buddha, which was recovered from his funeral pyre in Kushinagar, The Buddha Tooth Relic is contained in a giant stupa ( 3,500 kilograms and 320 kilograms of gold. Only monks are allowed into the relic chamber, but visitors can supposedly see the tooth relic from the public viewing area. If you peer hard. 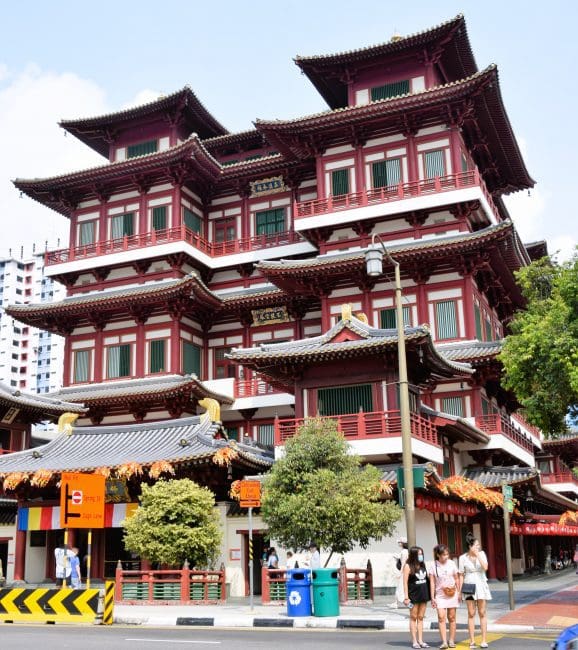 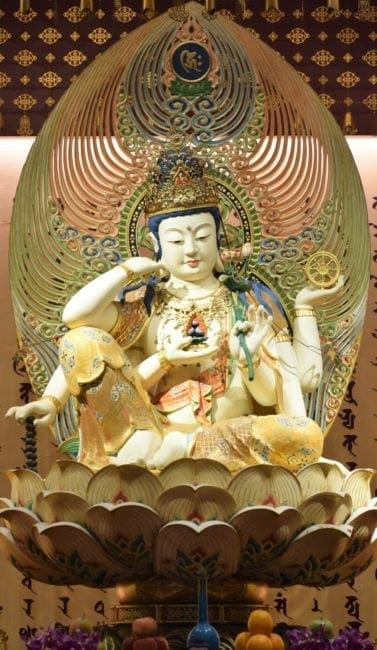 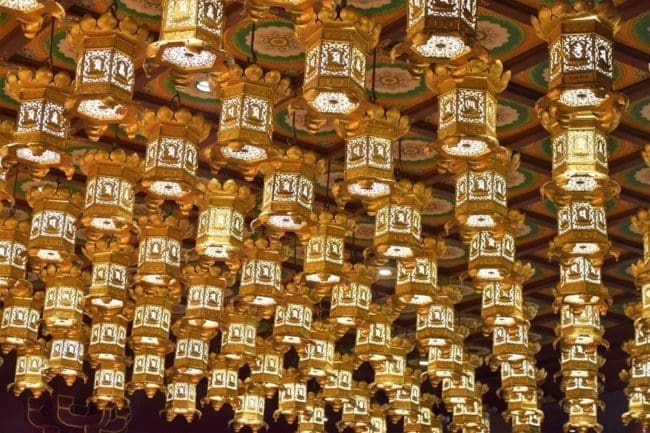 One of the charms of Singapore is in discovering the unexpected. Temples of all religions appear, wedged in-between shops and apartment buildings. There are several more in China Town, such as the Hindu Sri Mariamman Temple. But Singapore even has two streets known as streets of Religious Harmony. The first of these, to the south of China Town, is Telok Ayer Street. Here I view, in succession, Al-Abrar Mosque, Nagore Dargah Indian Muslim Heritage Centre (formerly the Nagore Dargah shrine), Thian Hock Keng Tao Temple and the Telok Ayer Chinese Methodist Church. 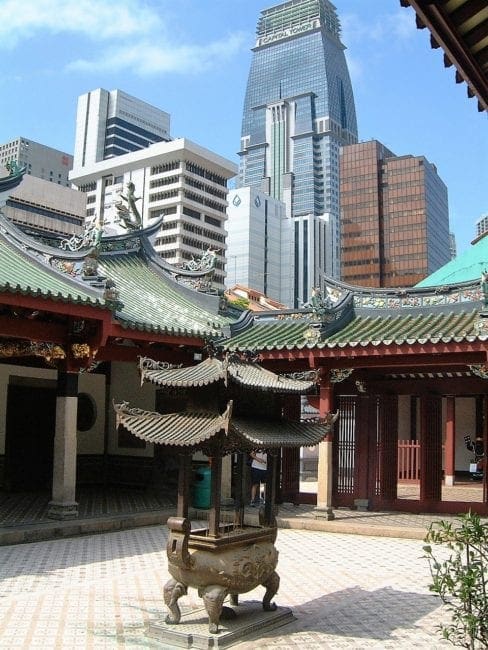 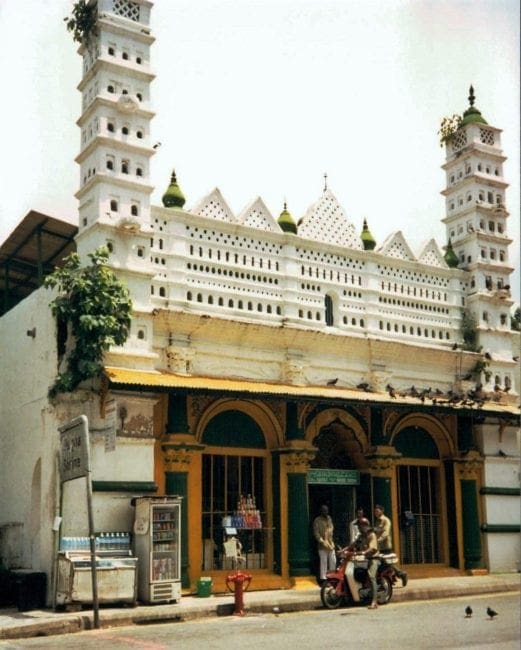 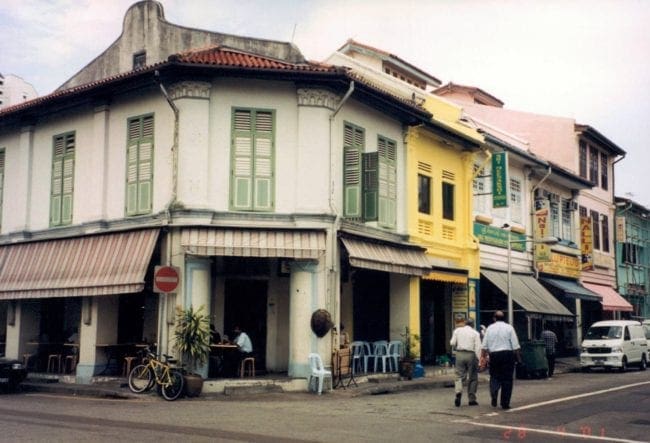 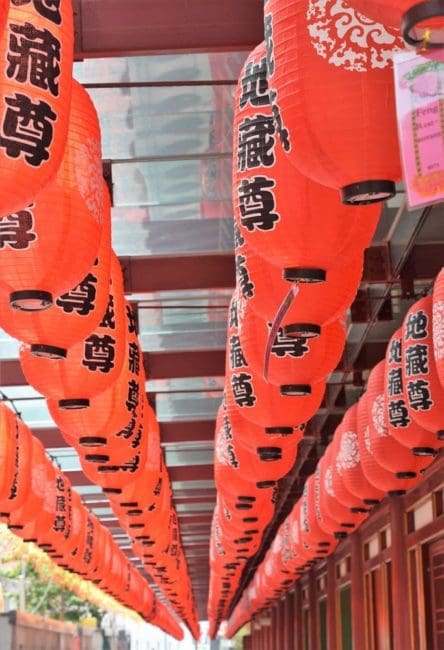 And the whole of the Bay Area,  to the south, has been remodelled. There’s a very glitzy shopping area, and some new  museums (one inside a giant lotus). The new Bay Gardens  are visible  for miles, Kew meets Star Trek, with huge Stonehenge shaped  futuristic apartment blocks, towering  illuminated sculptures and glass exhibition domes set amongst the tropical greenery. It's very easy to navigate if you're up for hiking. There are walkways, escalators, lifts and linking bridges, creating a circular route. On the east side,  a monstrous spiky silver sphere, housing a theatre. We have the armadillo, they have a hedgehog.

On my first visit we took a harbour trip on a boat. Since then, the famous merlion fountain has been moved and placed at the end of a new foot bridge, leading towards the Fullerton Hotel, on the edge of the Colonial District. It's housed in the former General Post Office building and dates back to 1928. The whole area is teeming with camera-wielding tourists; there's plenty to photograph. 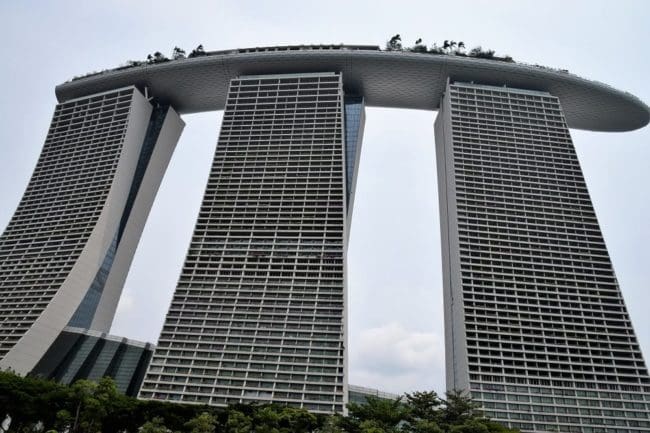 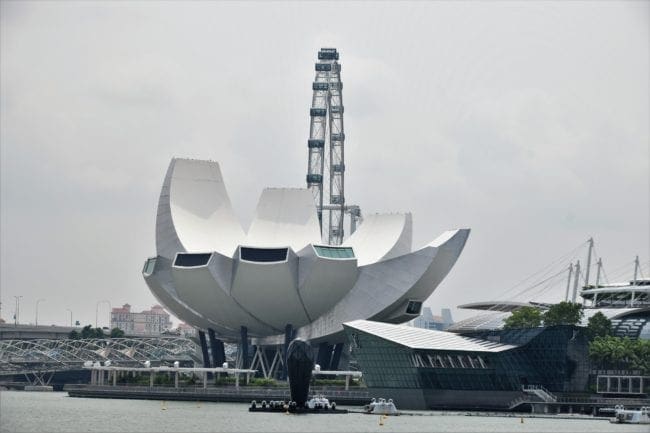 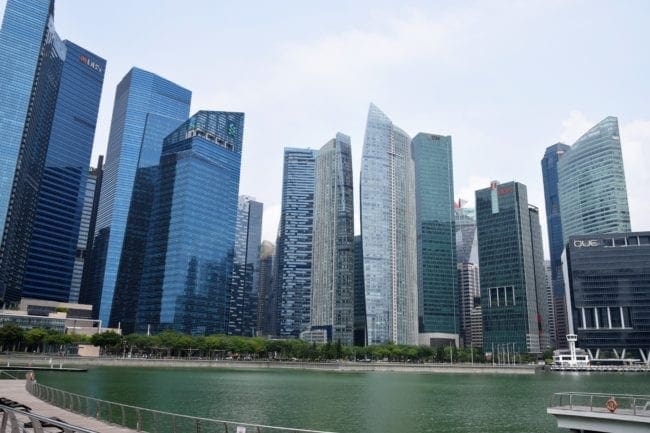 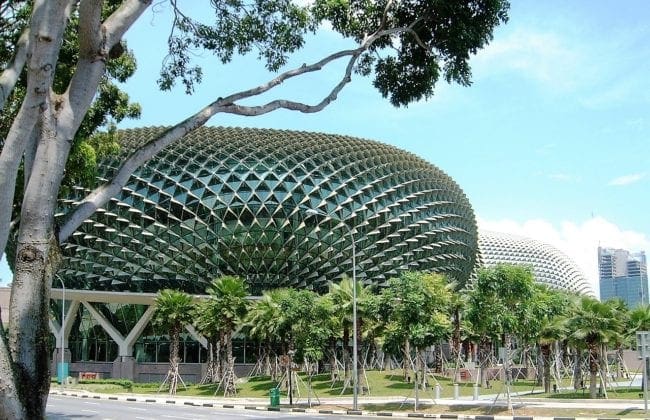 Singapore is now one huge theme park. I can’t decide if I like it or not. Part of it works, a sci-fi panorama, with  the backdrop of the skyscrapers and the business district. But it's over-cooked at times, 'older' buildings too pristine. There are sprinklings of decidedly tacky plastic looking  objects in  the new lakes. 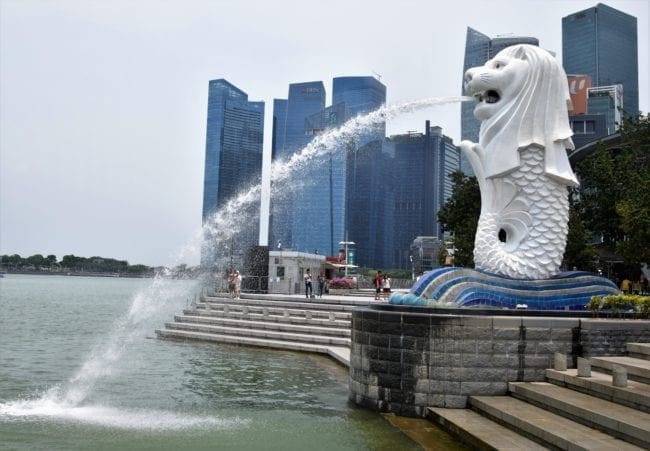 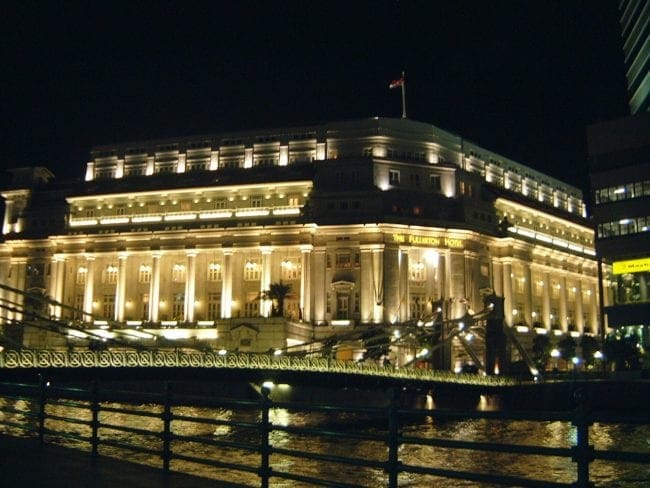 The knot of historic buildings around the central playing field, the Padang is surrounded by all the high-rise. There's St Andrew's Cathedral, the Old Parliament House, the Victoria Theatre & Concert Hall, the Old Supreme Court and City Hall. Some of the civic buildings have been converted into stately new galleries and museums. The rectangle of worn grass that is the famous Padang  itself is fenced off and teeming with men in overalls. They're getting everything ready for the impending Grand Prix. 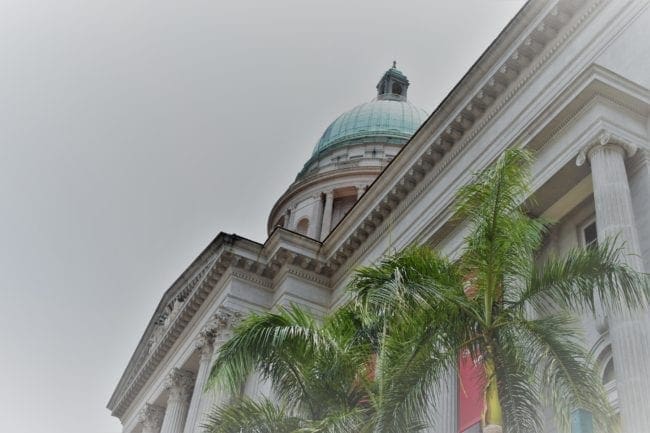 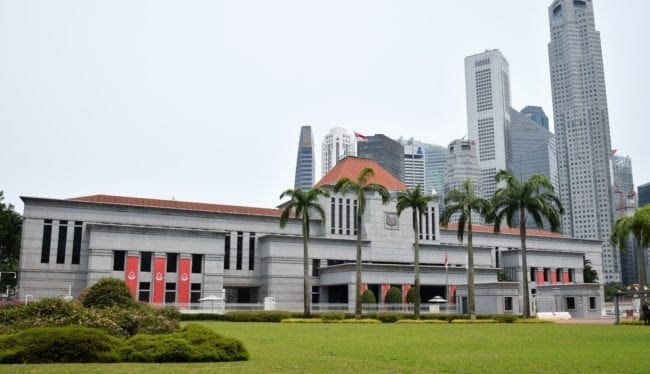 I've been following a vaguely anti clockwise circular route. round the centre of Singapore. Carrying on, north east up Beach Road I pass the most famous building of the colonial era, Raffles Hotel (see Singapore 2000 - Expat Living . Further on, is Kampong Gelam, the Muslim Quarter, centred on busy Arab Street and trendy Haji Lane. ‘Kampong’ means "compound" in Malay, whilst 'gelam' refers to the long-leaved paperbark tree, commonly found in the area. It's used for boat-making, medicine and even as a seasoning for food. Here, again, nineteenth-century shophouses have evolved into textile stores stores and Malaysian cafes. The golden dome of the Sultan Mosque is the landmark I'm looking out for. It dates back to 1824. 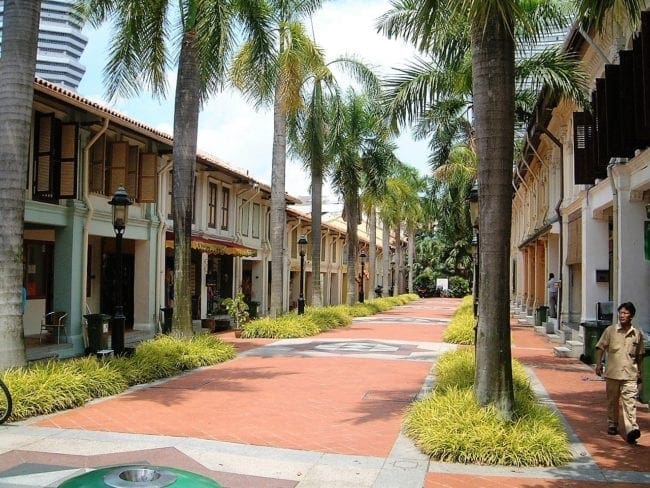 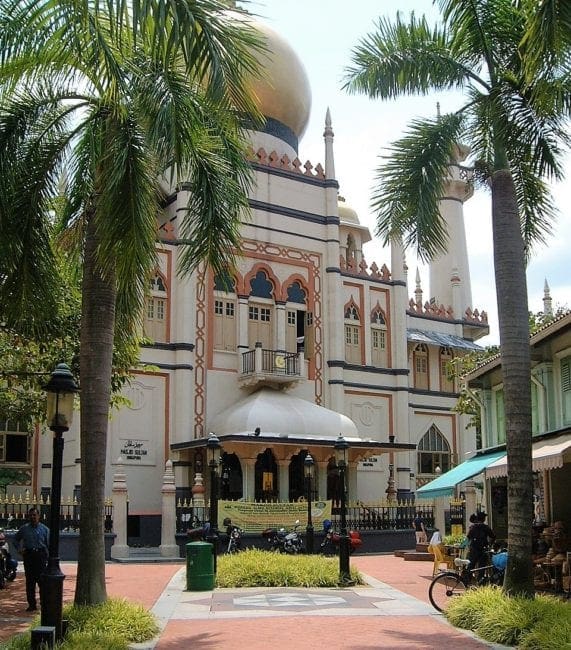 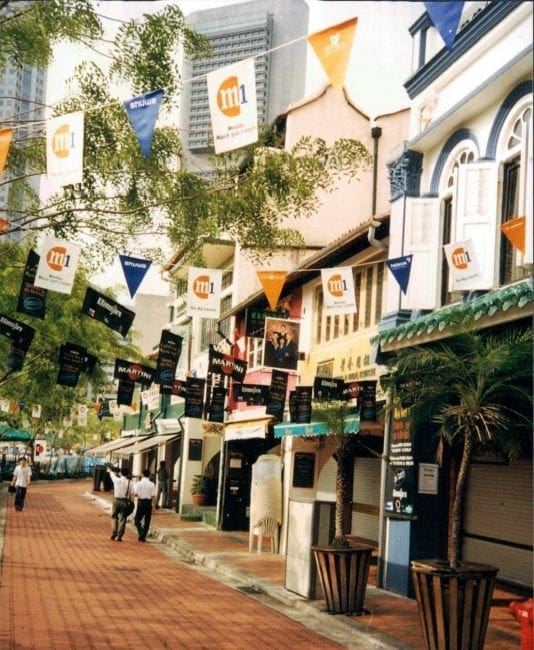 If I strike north west now I shall reach Little India, yet another vibrant district. But that's a bridge too far today. (See Singapore 2000 - Expat Living instead). So, from the Sultan Mosque, mosque, south west now, down Victoria Steet and then right, to Waterloo Street. It's one of Singapore’s oldest streets. In the mid-nineteenth century it was named Church Street, but there was another one of these, leading to confusion. So, in 1858, the Municipal Council decided to call it after the 1815 battle instead.

Boasting four places of worship along its 550 metre length, Waterloo Street is Singapore's second Street Of Religious Harmony. The most famous is the Kwan Im Thong Hood Cho Temple. It's one of Singapore’s oldest Buddhist temples (1884), dedicated to the Goddess of Mercy. 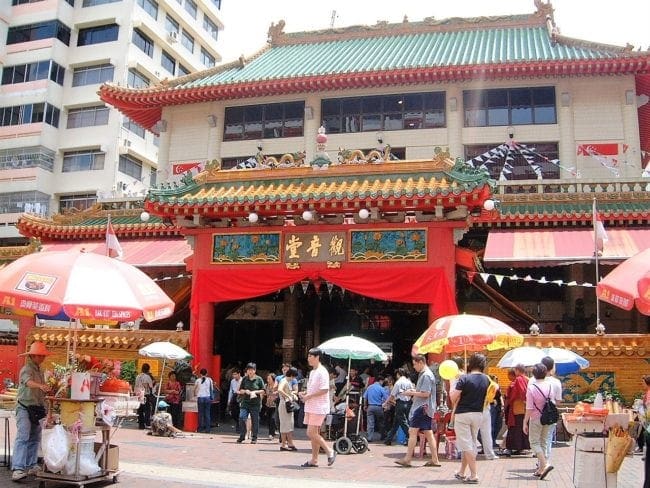 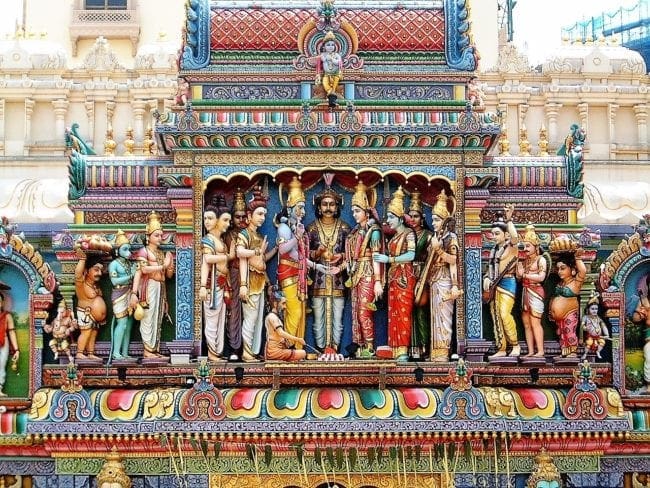 The other three significant buildings are all even older. The Hindu Sri Krishnan Temple began as a small shrine under a banyan tree in 1870. The Church of Saints Peter & Paul also dates back to 1870. And the Maghain Aboth Synagogue (1878) is one of only two synagogues in Singapore. It's name means 'Shield of our Fathers'.

Return to Raffles, or Not

I’m exhausted after trudging around in the humidity, so I decide to adjourn to Raffles Hotel for a sentimental drink. Most of the arches around the square of the building are papered over - I’m not sure if it's being renovated. Raffles City Mall has sprung up opposite - of course. And there’s a very, very long queue winding up the stairs to the Long Bar. I think it's home time.