A farmhouse near Belfast in Northern Ireland for the weekend - to visit a guy, Garvin, I’d been chatting to online. One of my madder adventures. Needless to say it didn’t have a happy ending.

Belfast is the capital of Northern Ireland, known as a port and ship building centre at the mouth of the River Lagan. Garvin took me on a whistle-stop tour of Belfast – past Stormont, the Parliament Building, perched scenically up a rise, (like the Long Walk at Windsor) . The Northern Ireland Assembly (colloquially referred to as Stormont after its location), established by the Northern Ireland Act 1998, holds responsibility for a range of devolved policy matters,

There was also the copper dome of City Hall, the leaning tower of the Albert Memorial Clock. The Falls and Shankill roads, so often referred to in a violent context on the news, were eerily (and thankfully) quiet. Belfast has probably been best known in recent history for the violence that accompanied the partition of Ireland, and especially during the more recent complex conflict known as the Troubles, now documented in murals.

We went to a play, Golden Boy (beautiful violin playing), in the ‘bohemian’ Cathedral Quarter, with its cobblestone streets and elegant restaurants. 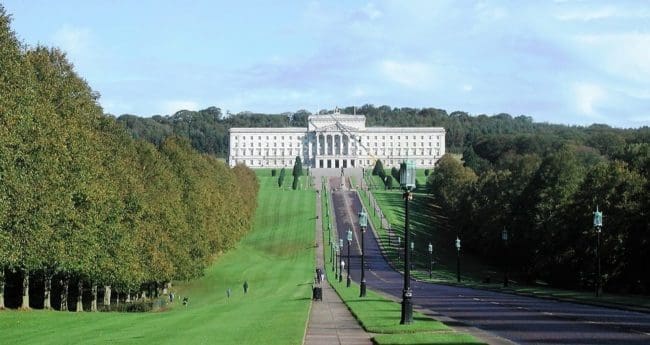 Northern Ireland is a country (or region or province ) that is part of the United Kingdom. The politics of Ireland are extremely complex and I'm not even going to attempt to explain them. Read Wikipedia - which may or may not give accurate information.

Northern Ireland was created in 1921, when Ireland was partitioned by the Government of Ireland Act 1920, creating a devolved government for the six northeastern counties. 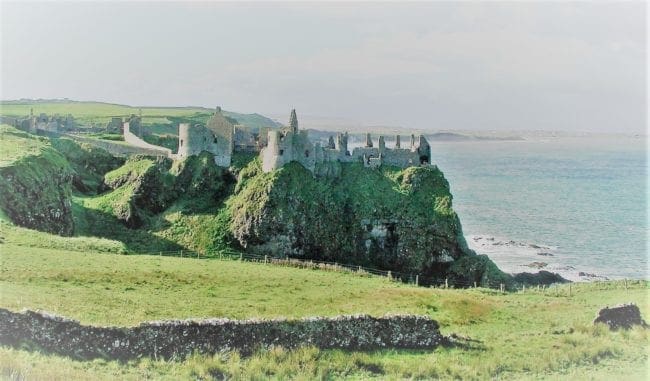 Dunluce Castle, in north Antrim, now thoroughly ruined, is surrounded by so many dramatically perilous cliff drops, it passed muster as the home of House Greyjoy in the Iron Islands in Game of Thrones. It's not the first time the castle has been referenced in artistic (or other endeavours.) Amongst many, the (possibly ) most notable are Michael Palin's visit, when doing Great Railway Journeys and its feature on a Led Zeppelin cover, House of the Holy (albeit inside). 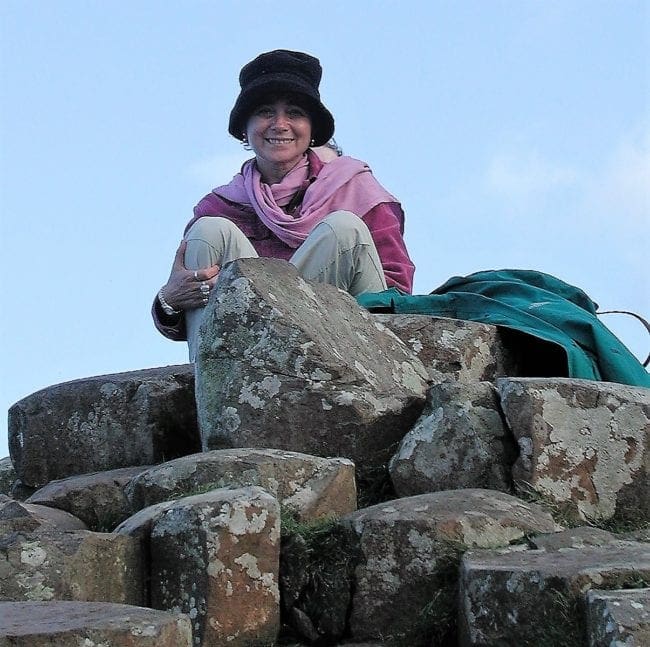 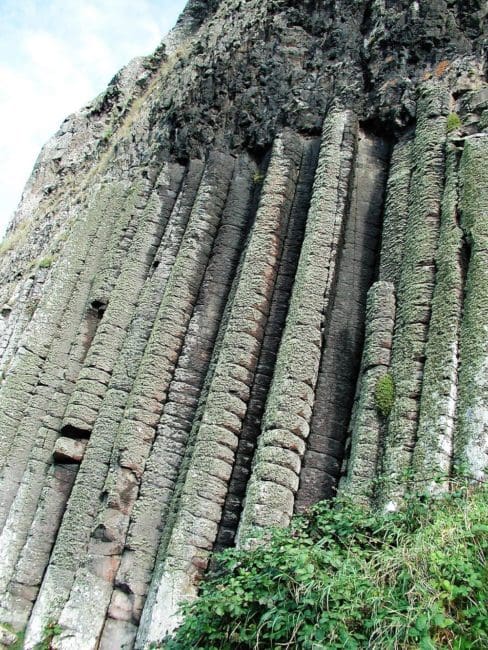 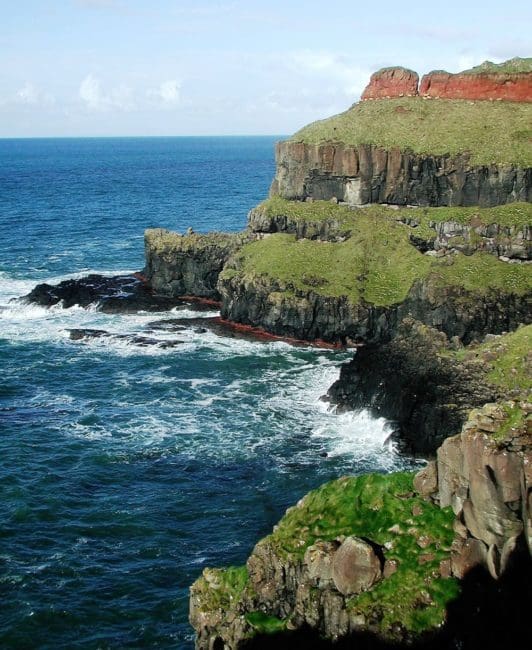 The countryside was pleasantly pastoral, but not stunning. The highlight was undoubtedly a visit to the Giant’s Causeway. Chilly, but magnificent. The UNESCO recognised Giant's Causeway is the tourist must see in Northern Ireland. It's a relic of volcanic activity, about 40,000 interlocking basalt columns, Most of the columns are hexagonal, although there are also some with four, five, seven or eight sides. The tallest are about 12 metres high, giant organ pipes pointing to the sky. Others create stepping stones leading from the cliff foot and disappearing under a turquoise sea. (A formation unique to the Giant's Causeway.) 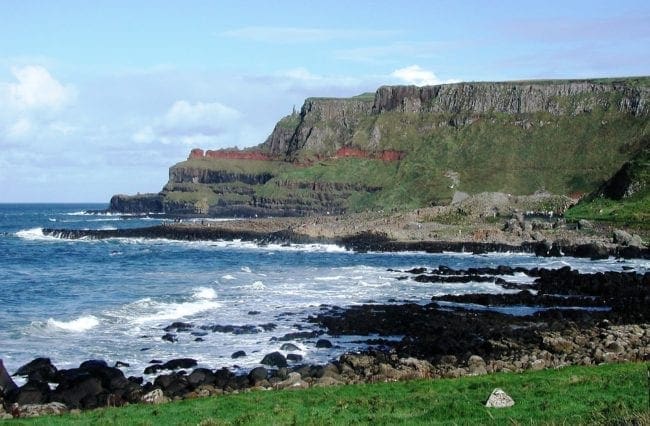 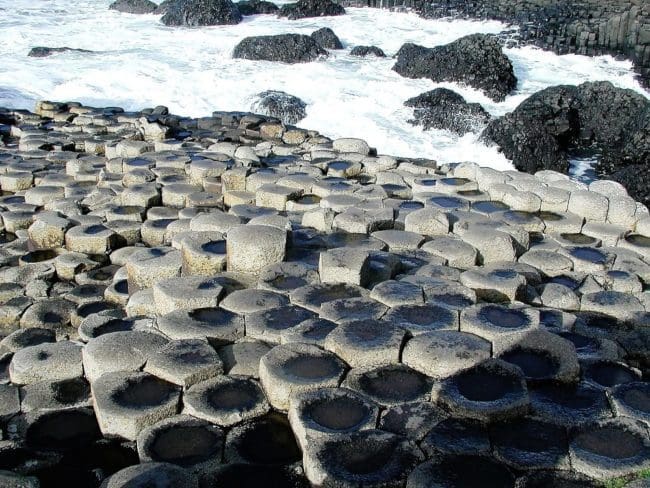 Fingal's Cave in Scotland has similar hexagonal columns, part of the same huge volcanic flow. Legends tell how the Causeway was built by the giant Finn MacCool.( Read about them in my Scottish Hebridean post here). The surf and the scenery of the Giant's Causeway combine to from a stunning spectacle. Apparently, a 2005 poll of Radio Times readers, voted the fourth greatest natural wonder in the United Kingdom. I investigated. There are numerous list of natural wonders in the UK, all different, but the Giant's Causeway (and Fingal's Cave) features on all of them

Much of the Giant's Causeway and the associated Causeway Coast World Heritage Site is owned and managed by the National Trust. It's free to enter the site, but not the Visitor Centre. (Don't be mislead into paying unless you want to see the Centre.) 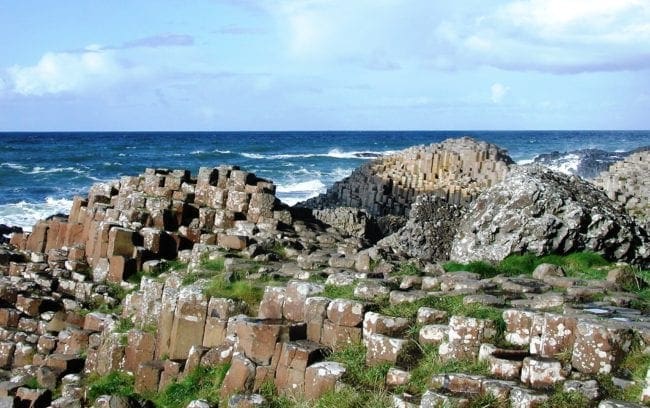 Back to Belfast at dusk, via gorgeous Whitepark Bay, a lovely strip of sand owned by the National Trust. 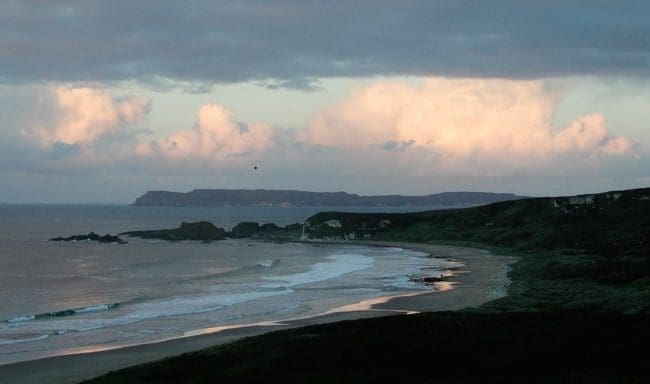