The Towers of Tallinn

Tallinn, the capital of Estonia, on the Baltic Sea is schizophrenic. The old city, all terracotta roofed medieval towers, bastions and curtain walls is UNESCO recognised. The rest  is very high tech, sometimes dubbed the Silicon Valley of Europe, because it has the continent’s highest number of start-ups per head of population.

The delightful enclosed area is easily explored on foot, with a main drag between gates, guarded by more red wizard hatted towers. The largest tower is known as Fat Margaret (Paks Margareeta). Dating from the early 16th century it was built to impress visitors arriving by sea. It was used as a storehouse for gunpowder and weapons, then as a prison, It also saw some bloody violence during the 1917 Revolution, when the prison guards were murdered by a mob of workers, soldiers and sailors. The tower has been restored to house the Maritime Museum.

The fourteenth century Loewenschede Tower, has walls that are a metre and half thick. It's height was later raised to 24 metres - you can climb up for views over town. And the Munkadetagune Torn (Tower behind Monks), was an ammunition depot, so it was also known as the Tower of Ignition Cords (great translation). It was originally named for the nearby the Dominican Monastery of Catherine. This one has been burned down repeatedly and reconstructed . Today, it's a café. 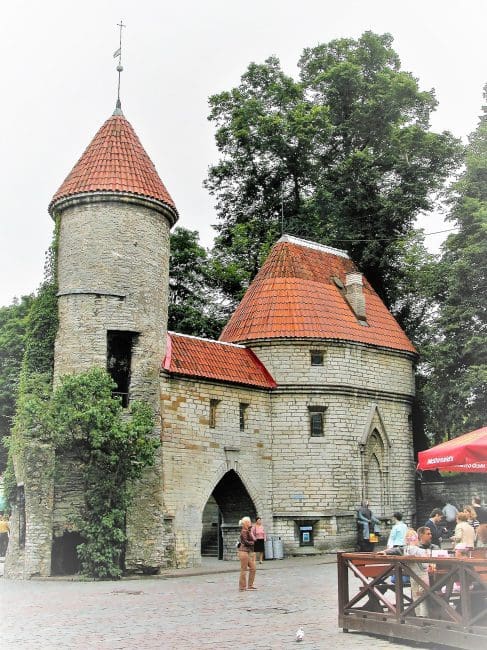 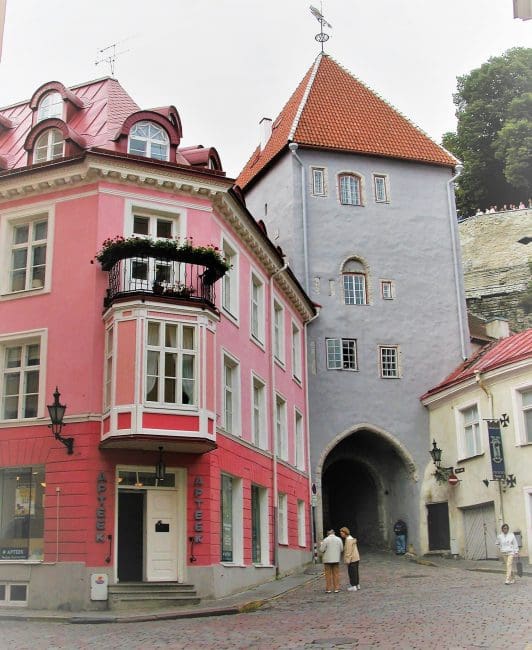 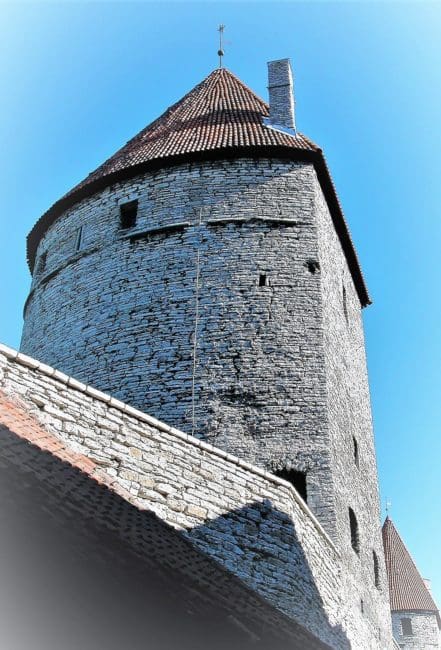 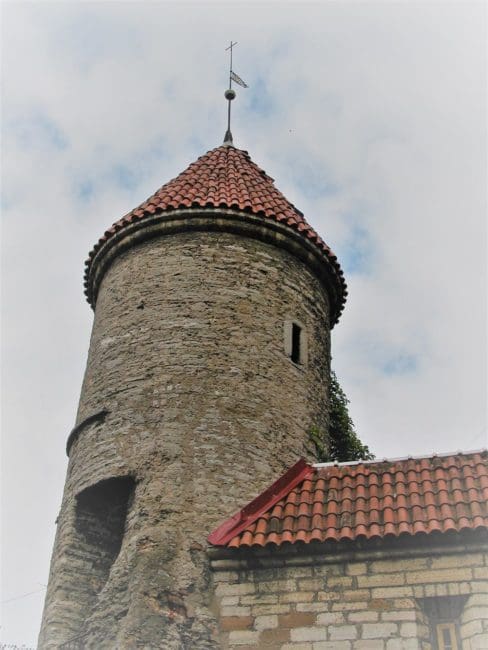 Then there's Kiek in de Kök, Bastion Passages, the Carved Stone Museum, Maiden's Tower, Marstal Tower and the Short Leg Gate Tower. Together they make up a huge museum complex. Kiek in de Kök is a six storey cannon tower. It still has nine of Ivan IV's cannonballs embedded in its walls. It's called Kiek in de Kok as the soldiers could see straight into the kitchens below. There are Bastion Passages linking the towers. There's also the Epping Tower, with one straight side. That's now a defence museum. But I think you get the idea. There are 26 towers altogether. 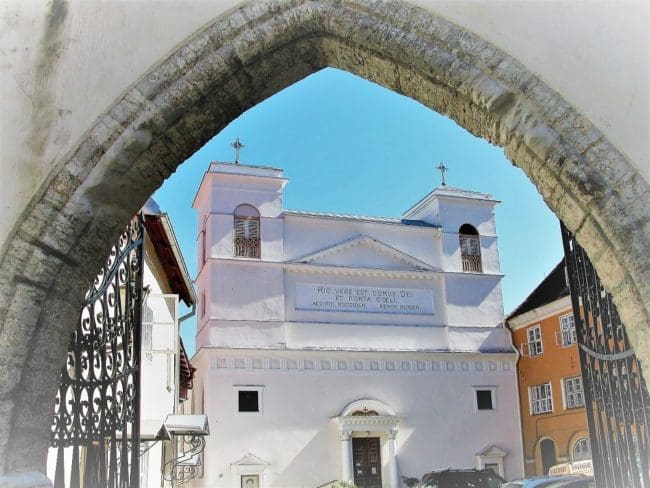 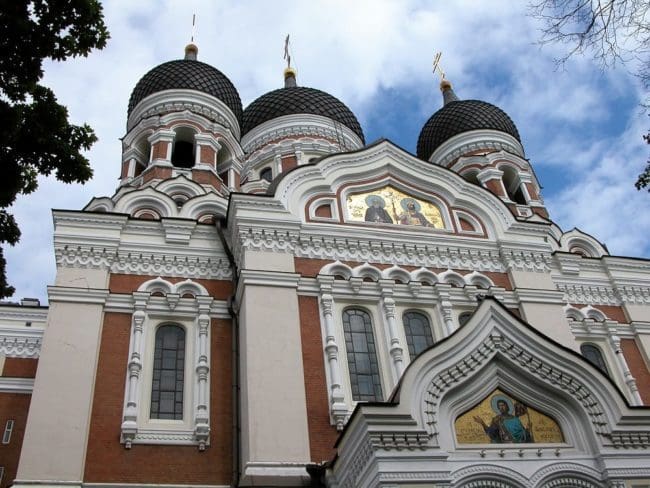 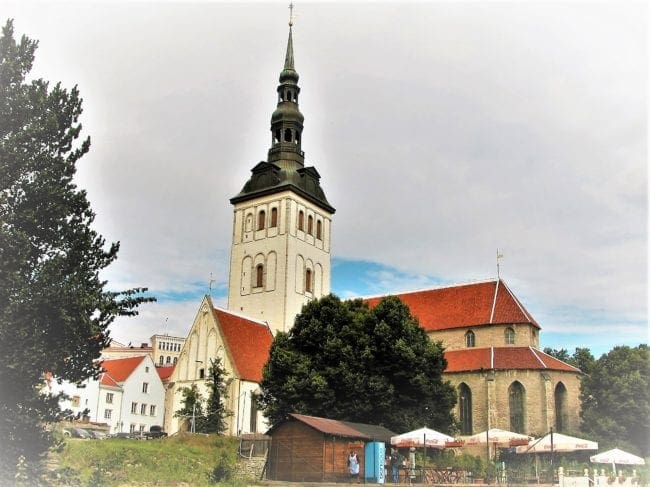 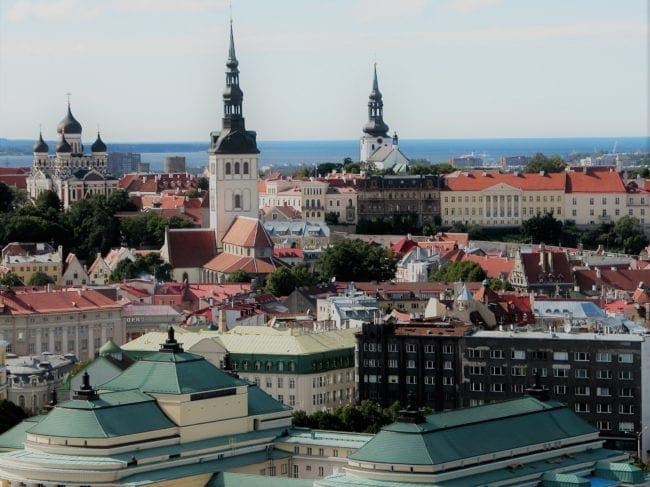 Tallinn has cobbles, dotted with medieval churches (up numerous flights of stairs for more of the requisite views, across town and out to sea), grandiose Hanseatic architecture, barns, warehouses and straw strewn half-timbered inns aplenty. There's also a splendid Russian Orthodox Cathedral - another one named after the saint Alexander Nevsky. Its Gothic Town Hall, built in the thirteenth century and with a 64metre high tower, sits in Tallinn’s main square. St. Nicholas Church is another thirteenth-century landmark, now used for concerts and to exhibit ecclesiastical art. 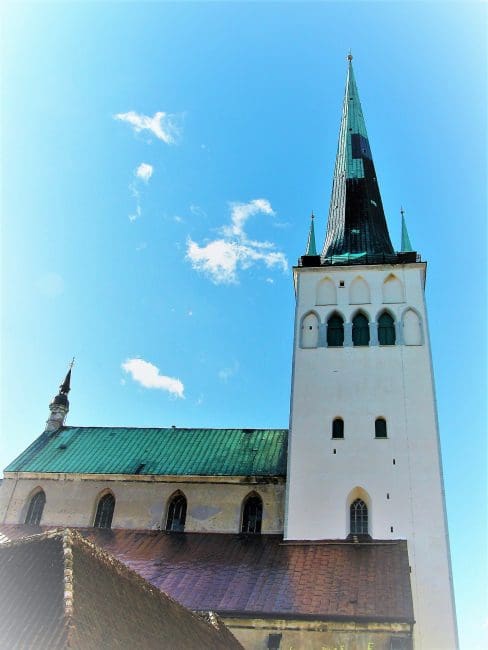 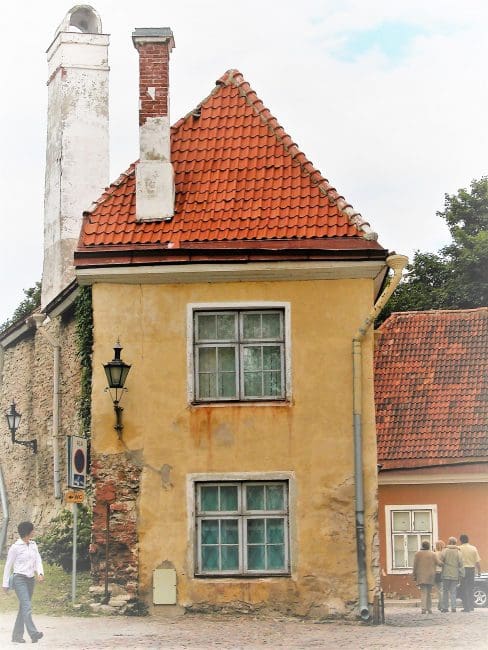 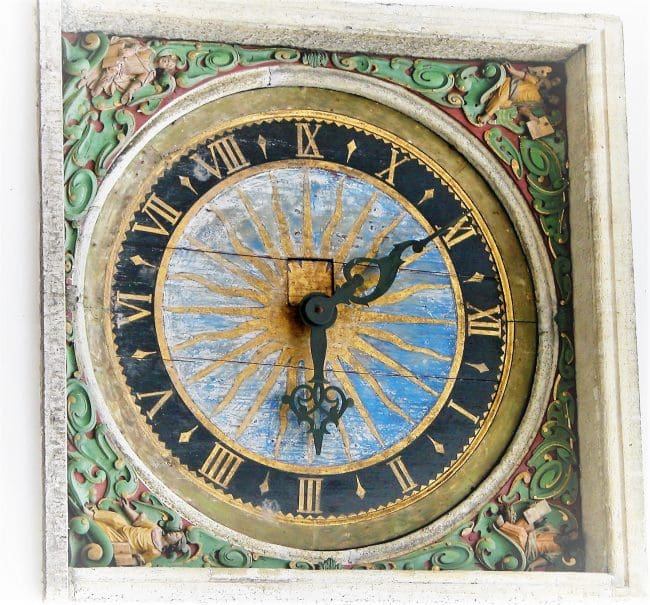 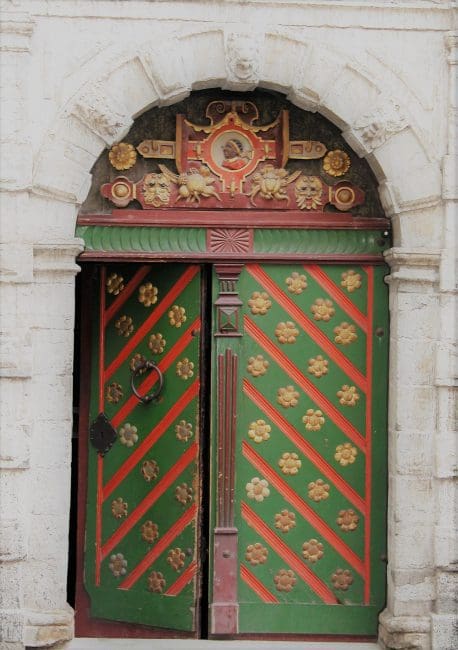 The Baroque Kadriorg Palace was built by Tsar Peter the Great of Russia for his wife Catherine in the eighteenth century, after the Russians besieged Tallinn. It was magnificent at the time, but after he died Catherine showed little interest in the building .Neither did their descendants. Today, it's a beautiful art gallery.

The Estonians are making the most of their heritage. Our hotel is a beautifully converted, wood and glass plate warehouse, just outside the old town walls. The hostelries cater especially to the marauding stag party groups. There are plenty of these too, enjoying the ‘buxom serving wenches’ in their medieval costumes, serving beer in drinking horns. It’s entertaining, if not very realistic. 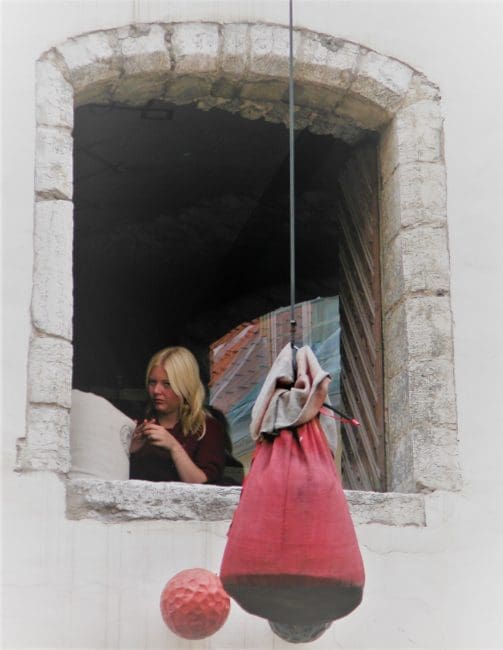 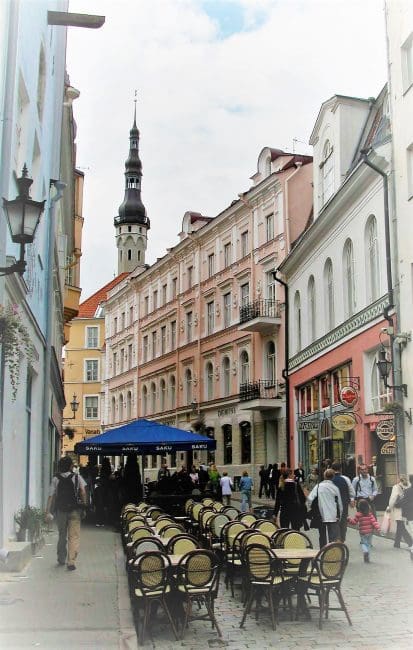 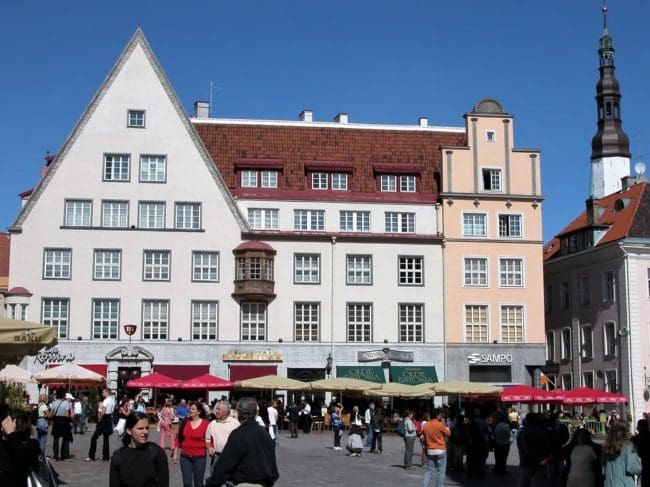 It’s warm enough to sit outside in August, but it’s more peaceful indoors. We find a bar to have a quiet cocktail, until we are joined by the England Under 21 rugby team on tour.