The Month of Mourning

It’s the month of mourning when I visit Iran and there are black flags and signs along the streets, draped across the souk alleys and on all the key buildings. (No music is allowed during this month.) 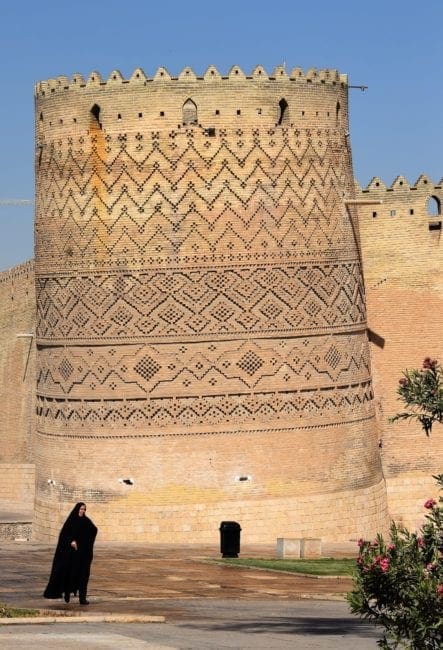 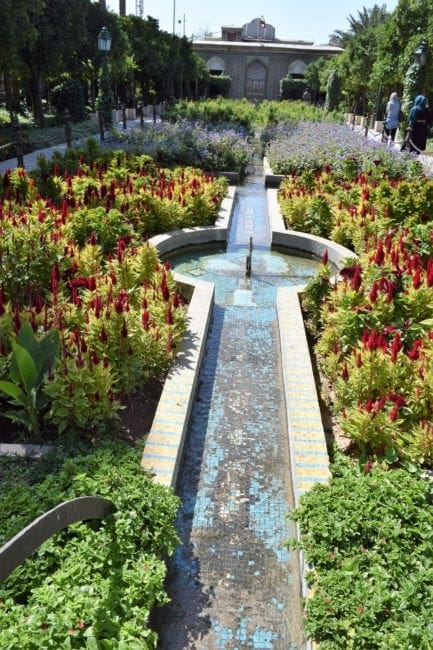 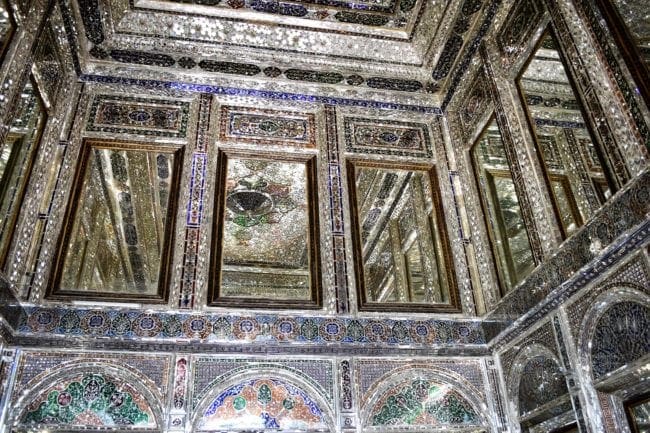 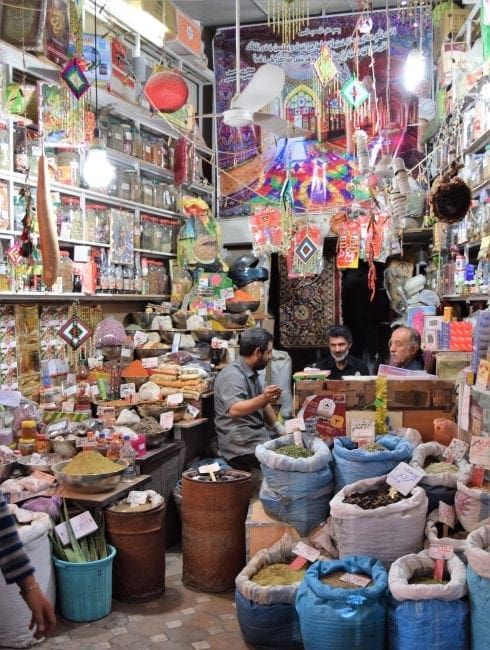 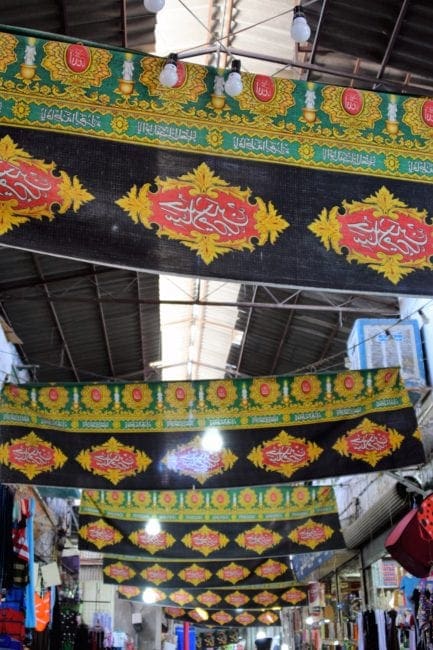 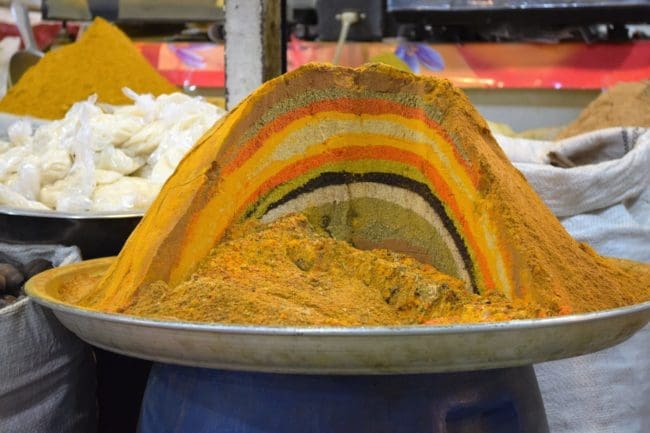 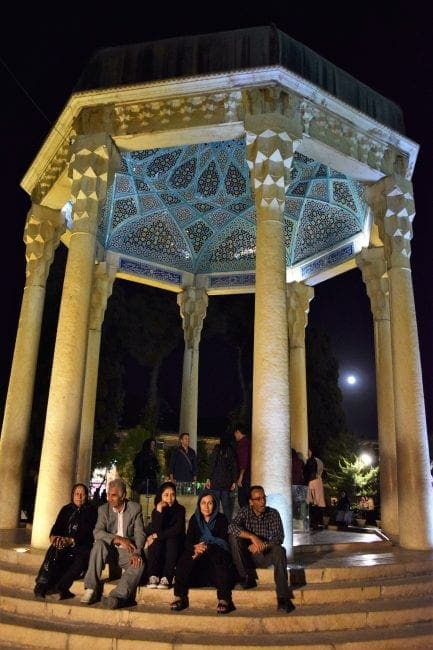 I start my tour of Iran in Shiraz, famous for its grapes. But it also has the imposing Arg-e Karim Khan Fortress, with its 14-metre high circular towers which dominate the city centre, the bazaar, famous gardens (most notably Eram with its palace and mirrored halls) and teahouses and the venerated tomb of the Persian poet Hafez, where there are readings. Very atmospheric as the sun sets. 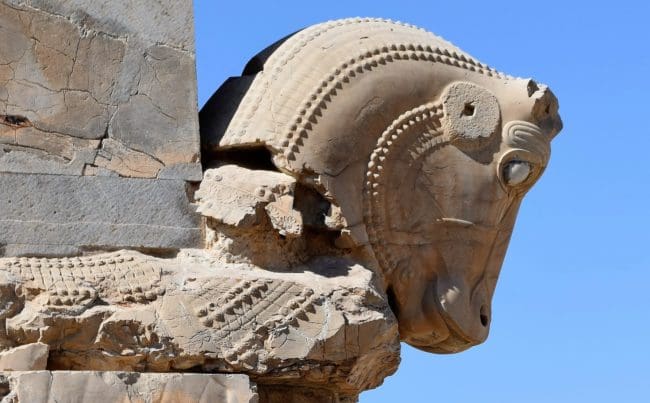 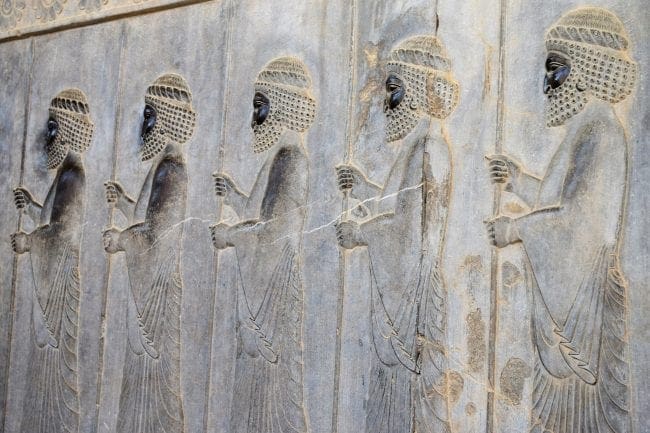 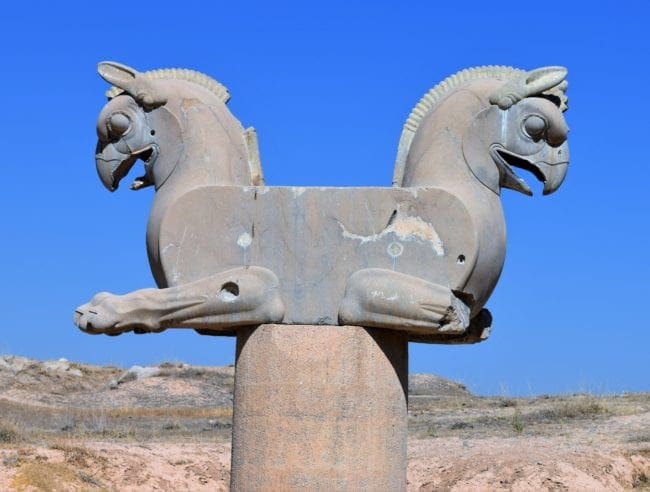 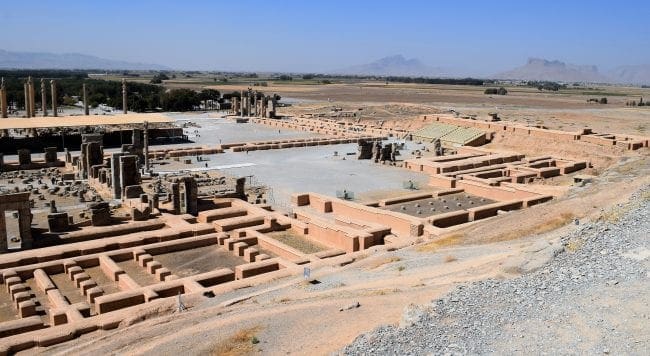 UNESCO declared the ruins of Persepolis, in Iran, a World Heritage Site in 1979 . It's a complex of five "palaces" or halls of varying size, and grand entrances, on a high walled platform, The earliest remains date back to 515 BC and it is thought to be the ceremonial capital of the Achaemenid (First Persian) Empire ( 550–330 BC). But, disappointingly, it seems that the actual purpose of Persepolis has still not been satisfactorily proven. No-one is quite sure what the functions of the rooms was or even where the king actually lived. Nevertheless, the carvings are incredible.

The amazing ruins and the magnificent Achaemenid tombs at Nagsh e Rostam are cut high into cliffs above the ground and face respectfully towards Persepolis. Four tombs belonging to Achaemenid kings are carved out of the rock face at a considerable height above the ground. The tombs are sometimes known as the Persian crosses, after the shape of the facades of the tombs. One of the tombs is believed to be the burial place of Darius the Great who founded Persepolis. 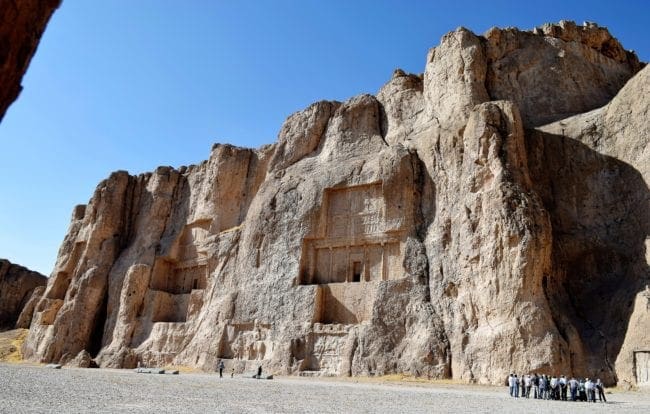 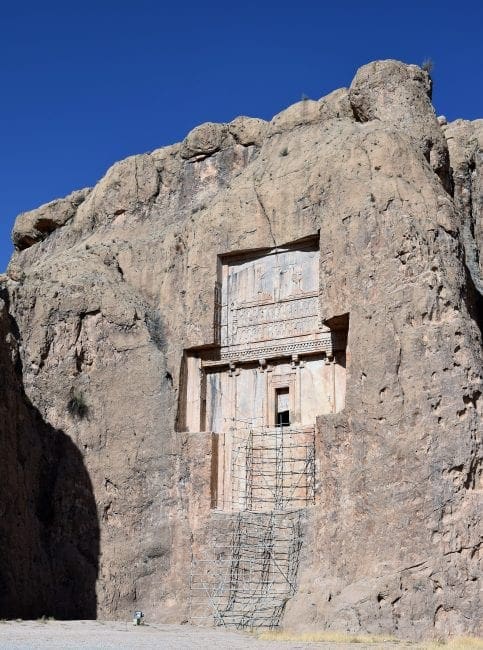 Pasargadae was the capital of the Achaemenid Empire under Cyrus the Great (559–530 BC), who ordered its construction and the location of his tomb. The word "Pasargadae" means "protective club". Today, it is one of Iran's UNESCO World Heritage Sites and the main atrcation is Cyrus's fascinating six-tiered tomb. There's also the fortress of Toll-e Takht sitting on top of a nearby hill, and the remains of two royal palaces and gardens.

Next along the road, a yakhchāl, or ice tower, cunningly designed to to keep food cold. 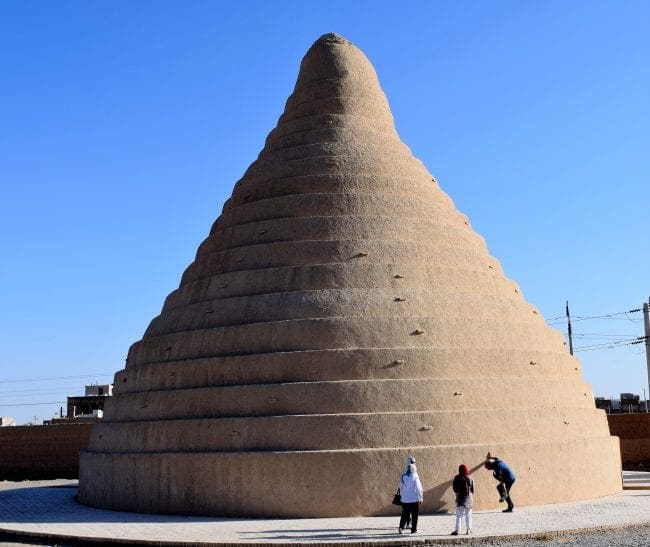 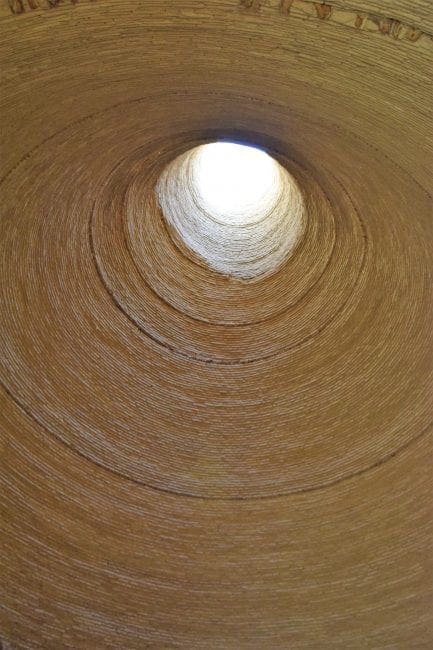 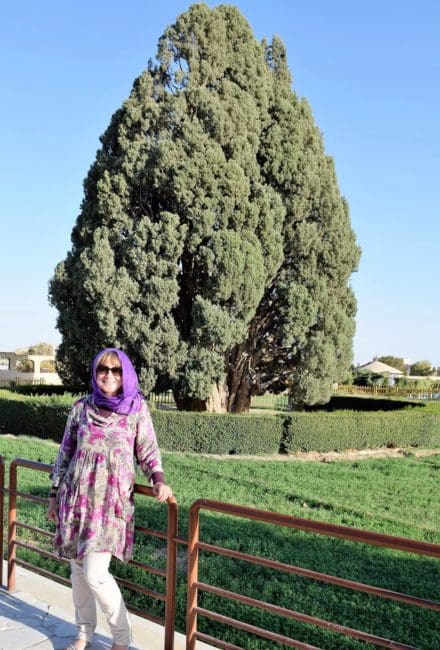 The historical city of Yazd is also recognized as a World Heritage Site by UNESCO. The word Yazd means God and Yazd is a centre for the Zoroastrian religion. The atmospheric mud-built Zoroastrian towers of silence, fire towers and temples in and around the city are fascinating. After the Arab conquest of Iran, Yazd was allowed to remain Zoroastrian by paying a levy. Islam only gradually became the dominant religion in the city.

Yazd, surrounded by desert, is nicknamed the "City of Windcatchers" because of its unique Persian architecture. The many towers are designed with special ventilation systems to combat the desert heat . Also, in Yazd: the carefully laid out and manicured e Bagh-e-Doulat Abad Gardens, once a residence of the former ruler Karim Khan Zand. They consist of small pavilions set in peaceful gardens and the tallest Badgir (wind-tower) - in town. There's an informative (is the best adjective I can do here) Water Museum. This celebrates and explains the city's many anbars (cisterns), qanats (underground channels) and yakhchals (coolers).There's also the magnificent Jameh (Friday) Mosque, the winding old city streets, the bazaar (silk and hand weaving) and Persian cotton candy and sweet shops.

Apparently Yazd has yet another name. It's also known as the City of Bicycles, because of its old history of bike riders, and the highest number of bicycles per capita in Iran.

The highlight is the Zurkhaneh - House of Strength - for a Sufi gymnastics performance.

Just on the outskirts of Yadz is the ultra quiet village of Cham. Here, live 5 families beneath the scenic remains of ritual buildings and windtowers. The site invites much strolling and peeping out of windows. 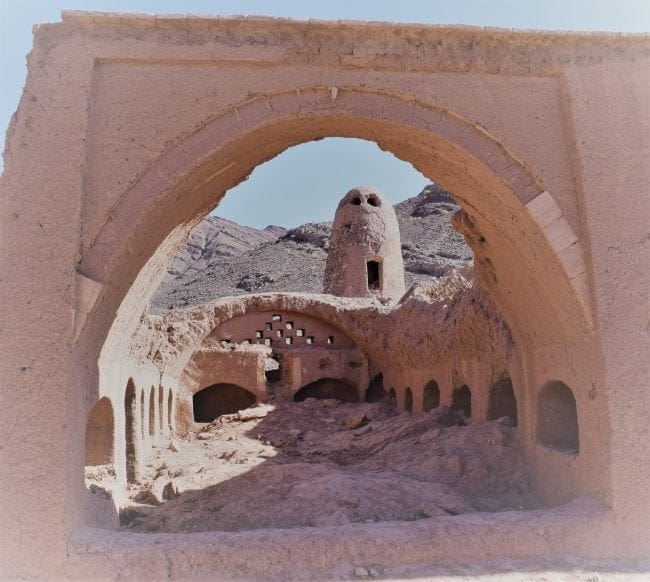 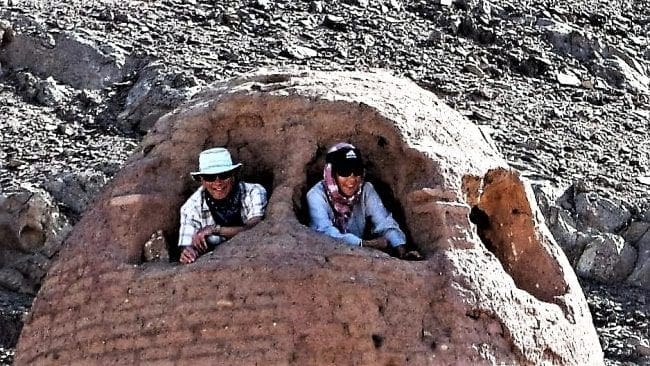 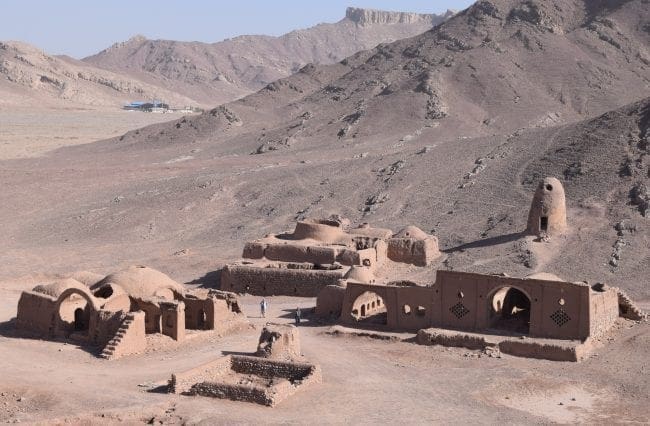 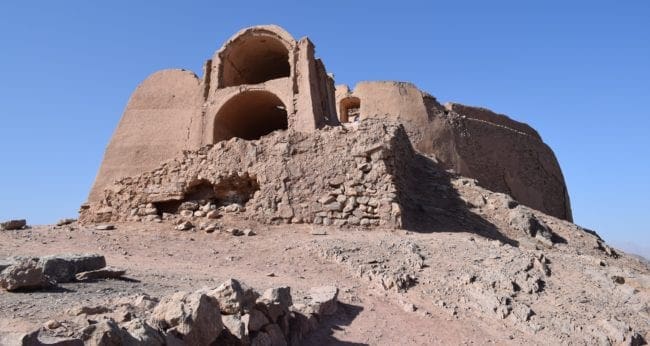 Esfahan, the Pearl of Iran

And best of all, Esfahan. It's the third largest city in Iran after Tehran and Mashhad, but it was once one of the largest cities in the world. It's located at the intersection of the two principal north–south and east–west routes that traverse Iran. Esfahan's origins date back to Paleolithic times so it definitely qualifies as ancient. It was the capital of Persia twice. There's a Persian proverb "Esfahān nesf-e-jahān ast": Esfahan is half (of) the world. It is renowned for its Perso–Islamic architecture, grand boulevards and covered bridges.

The spectacular Safavid era Naqsh-e Jahan Square is one of the largest city squares in the world. This is yet another Iranian UNESCO designated World Heritage Site. It's a green stretch with fountains and other monuments lined with miniature booths and arched windows and some building works. Around it, to the south, the Shah Abbas Mosque (more renovation and the dome covered in scaffolding). On the west side is the musical themed Ali Qapu Palace. The palace was actually just designed as an entrance to an even larger palace. Though it's 48 metres high and has six floors. You have to climb up a spiral staircase to reach each of them. This is where Shah Abbas entertained his important guests, in the Music Hall. I'm wondering if they had to struggle up all those stairs. Though there's a great view across the square from up here.

There's another mosque, the Sheikh Lotf Allah Mosque to the east of the square and directly opposite the palace. The mosques are exquisitely decorated, old and wooden or renovated blue, yellow and green ceramic. The domes are gorgeously patterned, the walls have more latticed tracery and the arches are incredible. The vaulting features muqarnas, first used in the Abbasid empire. These are small cuboid forms strung together in a honeycomb pattern. The purpose is to create a zone of transition to fill a bare space. The elaborate form is said to be a symbolic representation of God's universal creation.

The Sheikh Lotf Allah Mosque was created for the women of the Shah's court and is considered to be the masterpiece, with the finest decoration. To the north a gate opens into the Grand Bazaar. And it really is a grand bazaar, an exotic and winding labyrinth heaped with goodies, to literally, get lost in. 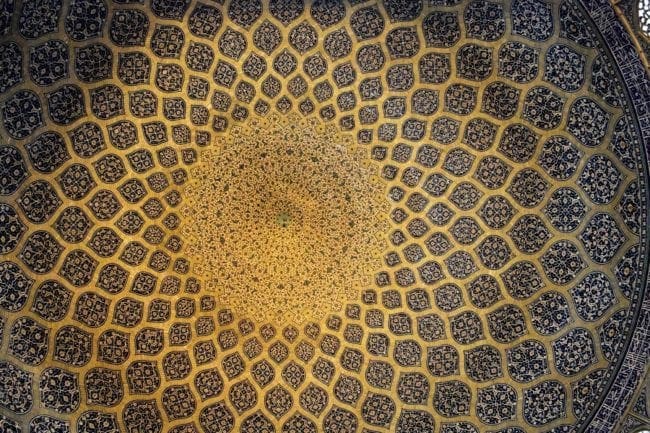 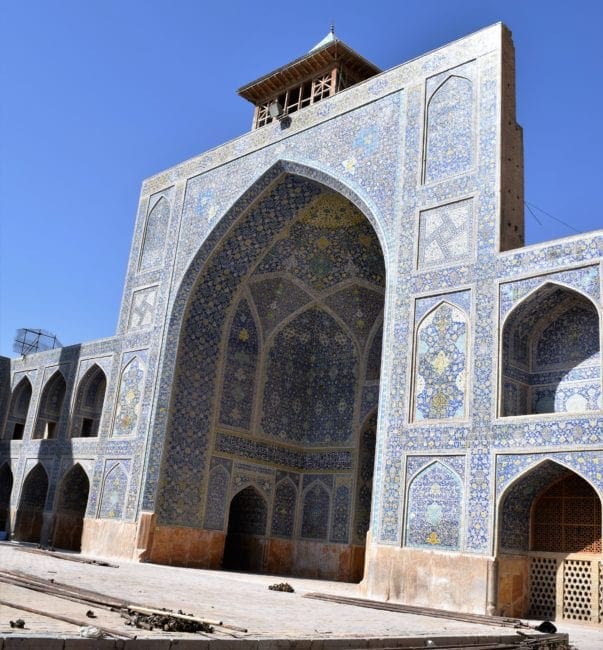 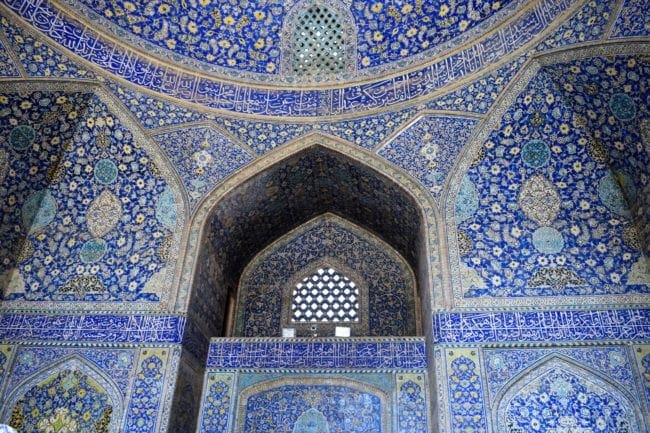 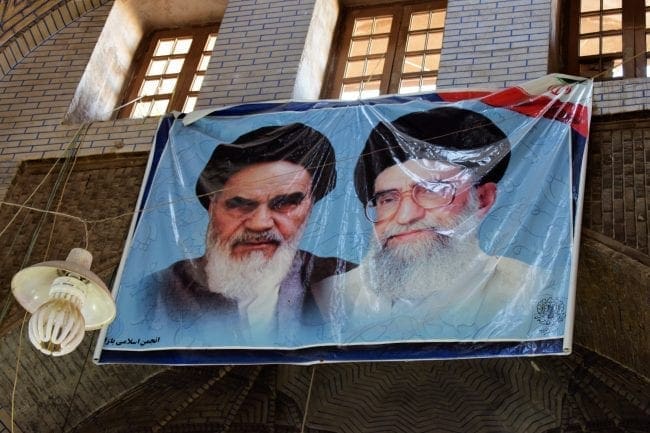 There's also the Armenian quarter, New Julfa, lining the river bank. The Armenians were permitted refuge by Shah Abbas from 1606, partly out of compassion and partly because it was thought that their knowledge of the silk trade would be beneficial. The people still live here harmoniously. There are numerous intricately carved and colourful churches, most notably the Vank (Holy Saviour) Cathedral, which has an extraordinary multi coloured and frescoed interior. And a museum containing ancient bibles and other artefacts.

Last stop on this part of visit is Kashan, which has the Royal Gardens of Fin and the 18th century, Agha Bozorg Mosque. The mosque is famous for its imposing dome and large sunken Madrassah. The huge wooden door that guards the entrance is said to have as many studs as there are verses of the Quran. Kashan is also famed for its restored merchant houses and I wander idly round one of those. The courtyard is quiet and restful.

Tehran, the capital of Iran next. And read more about Iran here.