First, Zagreb the  capital of Croatia, on the River Sava. It’s compact, the main draw being several climbs up different towers enabling views across the city’s Gornji Grad and Donji Grad (upper and lower towns). Most of Zagreb’s big-name sights and spires can be seen in the city’s fortified upper town. There’s the towering Cathedral of the Assumption of the Blessed Virgin Mary (the tallest building in Croatia) and the tiled roof (emblazoned with coats of arms) of St Mark’s Church. The key architecture is eighteenth- and nineteenth-century Austro-Hungarian. But the city has Roman roots and there have been two city centres since the eleventh century. This is a European capital, albeit a fairly recent one, so there are also the usual mix of restaurants, squares, statues and boulevards. 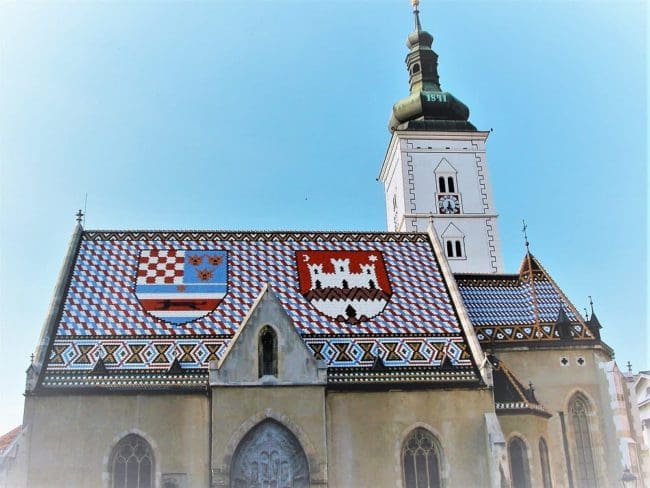 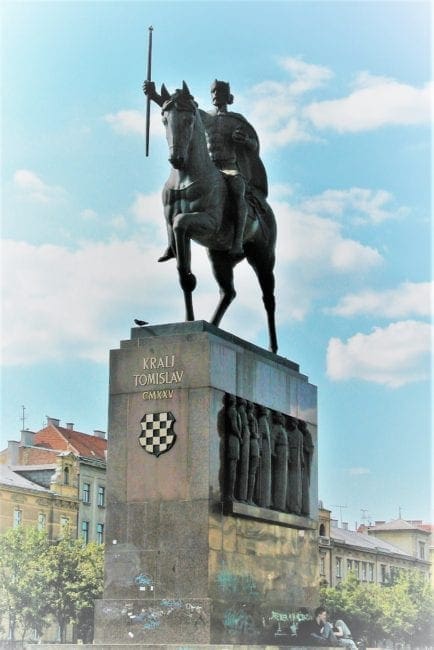 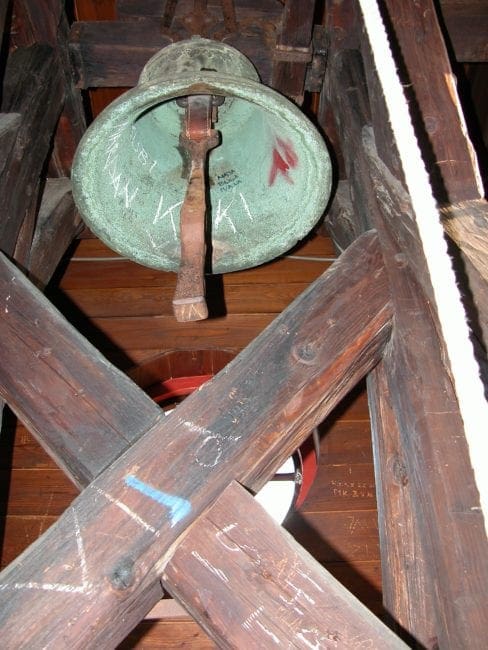 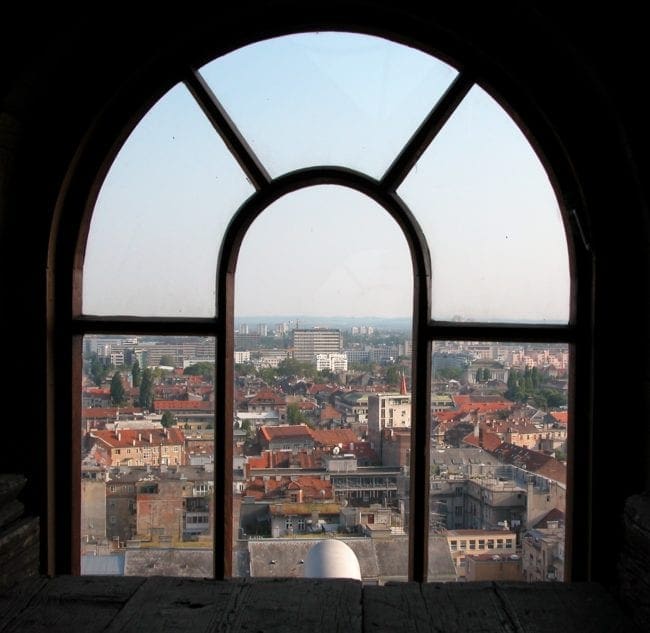 I'm on an 'adventure tour' of Croatia with friend Lynne. It is an odd shaped country with many islands, across the Adriatic Sea from Italy. It was inhabited by the Croats in the late 6th century. The country evolved from a duchy to a kingdom by 925. Union with with Hungary followed in 1102. In 1527, faced with Ottoman conquest, the Croatian Parliament elected Ferdinand I of Austria to the Croatian throne. In October 1918, the State of Slovenes, Croats and Serbs, independent from Austria-Hungary, was proclaimed in Zagreb, and in December 1918, merged into the Kingdom of Yugoslavia.

Following the Axis invasion of Yugoslavia in April 1941, most of Croatia was incorporated into a Nazi-installed puppet state, the Independent State of Croatia. After the war Croatia became a founding member and constituent of the Socialist Federal Republic of Yugoslavia. On 25 June 1991, Croatia declared independence, and the War of Independence was successfully fought over the subsequent four years.

Today, Croatia is a republic governed under a parliamentary system. It is a member of the European Union, NATO, the United Nations, the Council of Europe, the World Trade Organization, and a founding member of the Union for the Mediterranean. 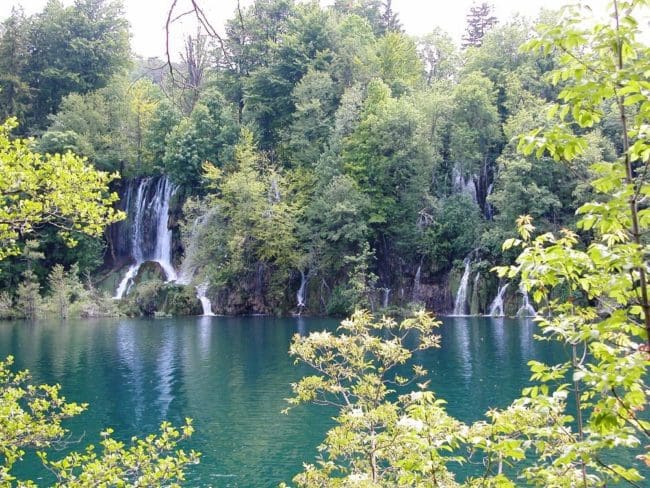 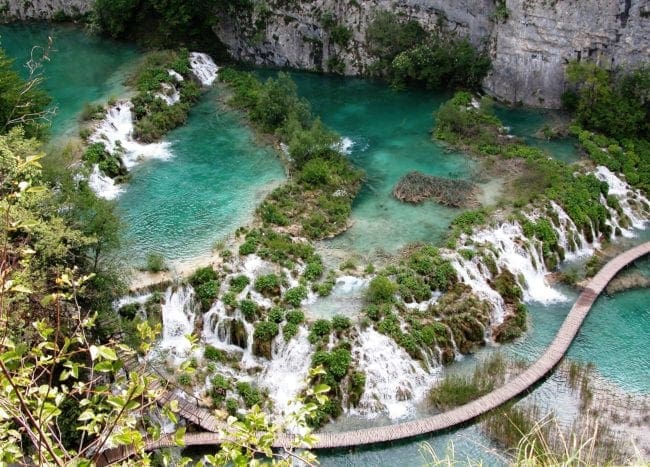 To Split, via the UNESCO World Heritage Plitvice Lakes National Park with its 16 turquoise lakes and (I lost count) waterfalls. The lakes are linked by subterranean karst rivers and separated by natural dams of travertine, which is deposited by the action of moss, algae, and bacteria. The water in the lakes varies ranging from azure to green, grey or blue.

It’s an extraordinarily pleasant way to spend a day wandering the boardwalks and trying to get the best angles on the falls. (Not easy as they are framed by dense woodland.)

Dalmatia (where the spotty dogs come from) is the region of Croatia that stretches south along the coast to Montenegro, with hundreds of islands. The biggest city here is Split, the second largest city in Croatia after Zagreb. It has a long history beginning as a Greek colony, Aspálathos. In 305 AD, it came to prominence as the site of the Palace of the Roman emperor Diocletian. Split then found itself caught up in a struggle for territory between the Byzantines, the Republic of Venice and the Kingdom of Croatia, with the last two continuing the fight for the longest time. 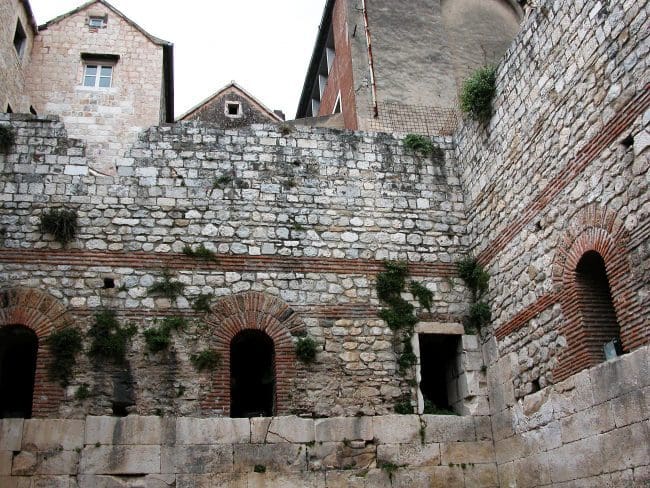 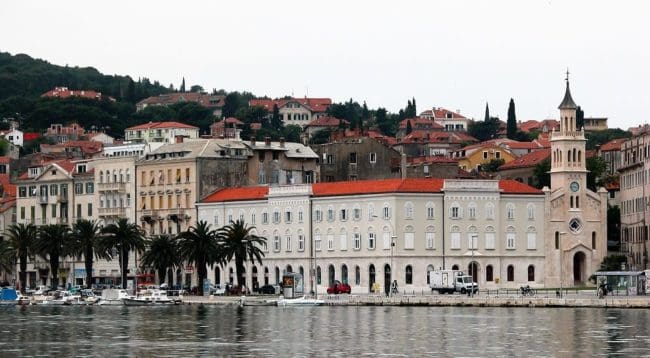 Venice eventually prevailed, but then came the Ottomans (held off for the most part) and Napoleon. Split went from the Napoleonic Kingdom of Italy to the Austrian Empire following the Congress of Vienna. The city remained a part of the Austrian Kingdom of Dalmatia until the fall of Austria-Hungary in 1918 and the formation of Yugoslavia. 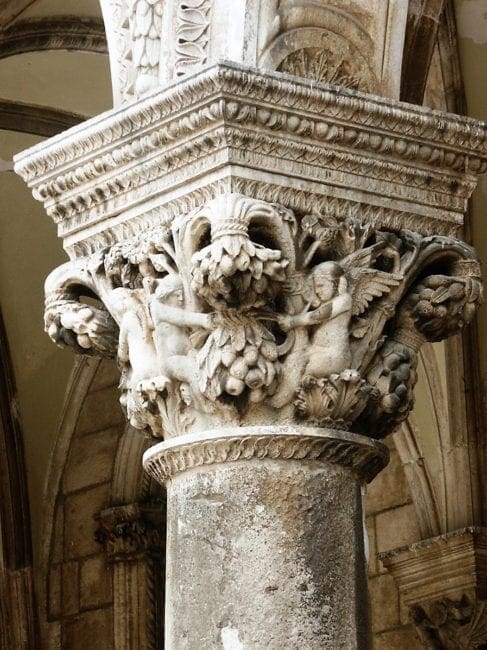 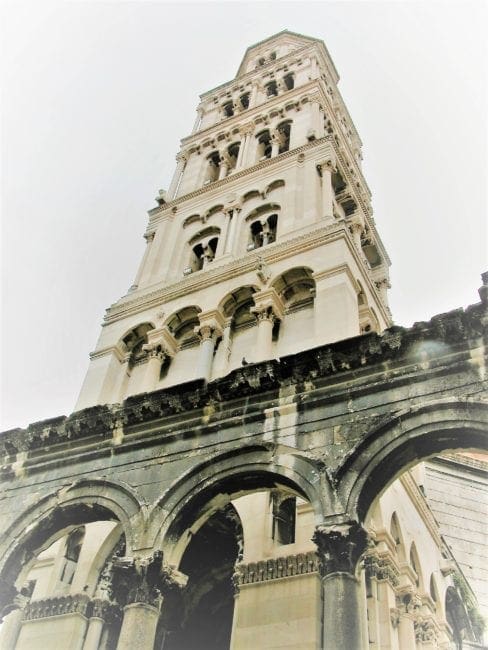 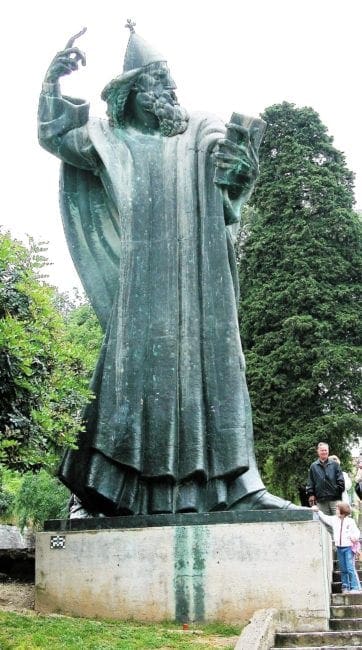 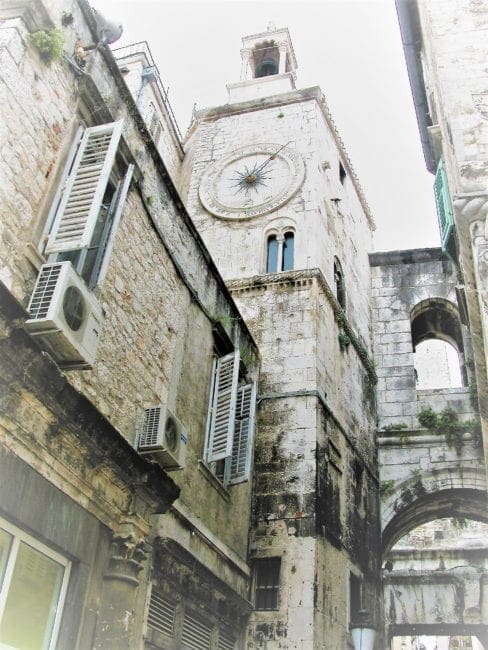 Split has a typically Mediterranean vibe, with its colourful promenade and pavement cafes. The must see here is Diocletian’s Palace, another UNESCO World Heritage Site. This fortress like complex contains more than 200 buildings within its white stone walls, including a cathedral. There’s also an Egyptian sphinx that the Roman emperor Diocletian stole, to put in his tomb, and a statue of a guy with a huge nose. (I’ve noticed that the Croatian men are generally on the large side with bigger than average facial protuberances.) This is Gregory of Nin, a tenth century bishop. His statue is 25 feet tall. You just have to rub the big toe of the left foot to get good luck.

There are shops and bars, to distract when the statues and courtyards and endless stone walls become overwhelming. It’s drizzling, so it’s no hardship to stay indoors. 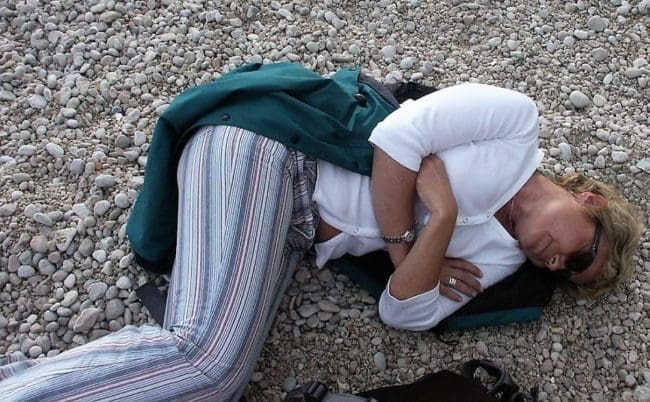 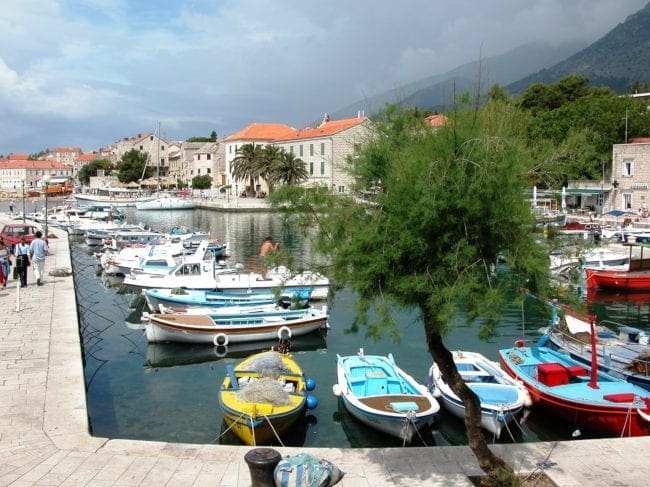 The weather doesn’t improve as we sail from Split Harbour, to the island of Brac. It’s very disappointing not to see the much vaunted emerald Dalmatian coastline of Croatia at its best. It’s one of those occasions when you just have to use your imagination. The small port of Bol is probably charming.

The famous beach Zlatni Rat (Golden Cape), isn’t quite as relaxing as I had anticipated. I lie on the white pebbles, huddled under my jacket, but I’m sure it is usually lovely. (Ironically,  these islands are reported to have the most hours of sunshine in Europe – more than 2,800 hours a year.) The little port is pretty, when the sun peeps from behind the clouds.

Dubrovnik, Pearl of the Adriatic 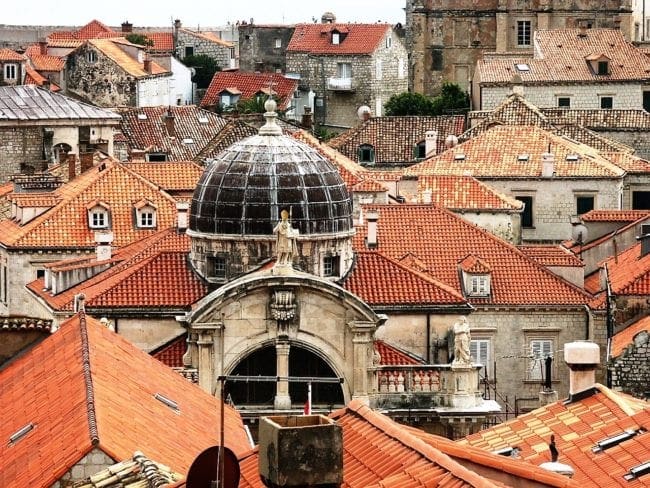 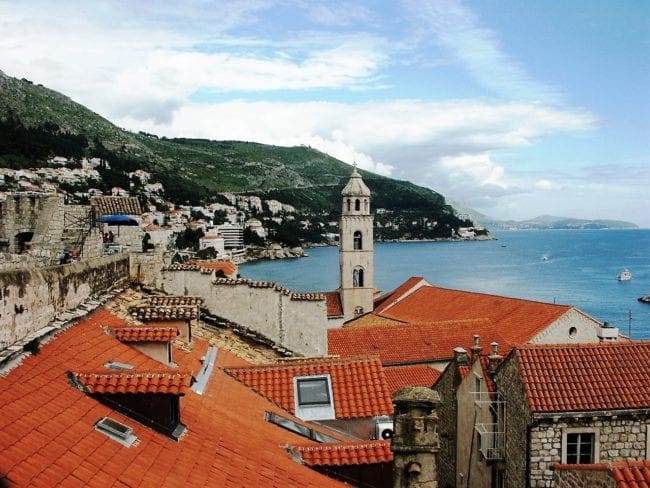 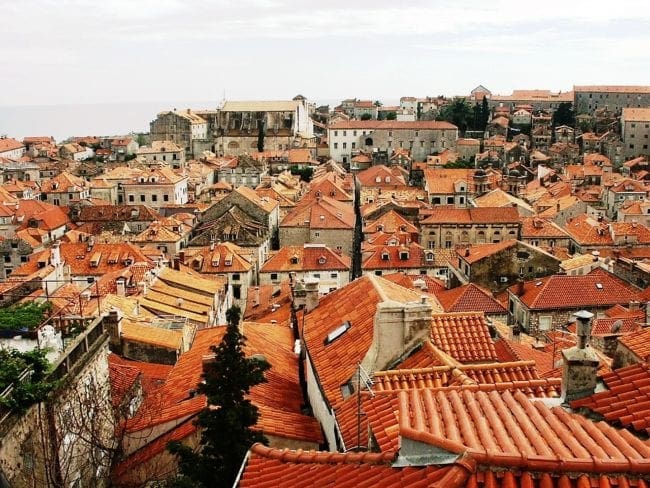 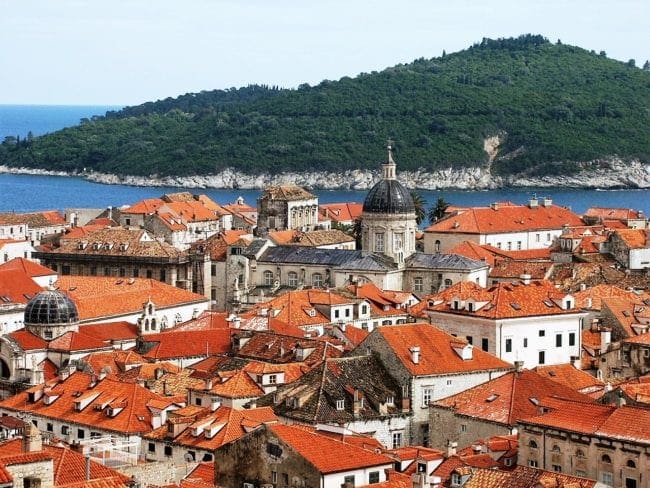 Finally, some sun in Dubrovnik, the so-called 'Pearl of the Adriatic' at the very southern end of Dalmatia.  This is one of the most well known tourist spots in the Mediterranean. It's not as old as Split, dating back to the 7th century. Then it was known as Ragusa and under the protection of the Byzantine Empire (followed of course by the Republic of Venice). However, between the 14th and 19th centuries, Dubrovnik ruled itself as a free state, the capital of the maritime Republic of Ragusa.

The city was almost entirely destroyed when a devastating earthquake hit in 1667. Dubrovnik followed the same path as Split during and after the Napoleonic Wars, In 1991, during the Croatian War of Independence, Dubrovnik was besieged by the Yugoslav People's Army for seven months, suffering significant damage from shelling. Today, it's heavily restoted and yet another UNESCO-listed site.

The red roofs and little bays are best admired during the long march round the city walls (there are numerous little flights of steps). For some reason the group has taken to doing meerkat impressions over all the many parapets. 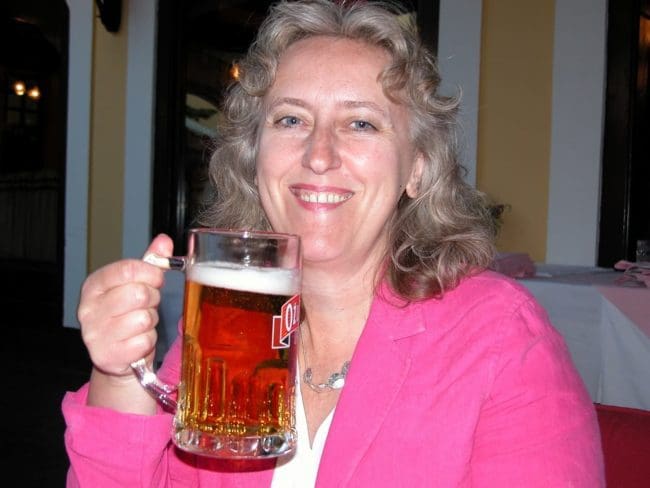 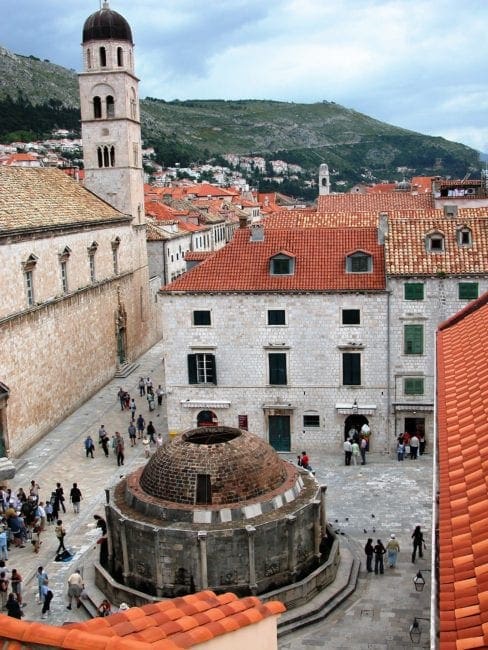 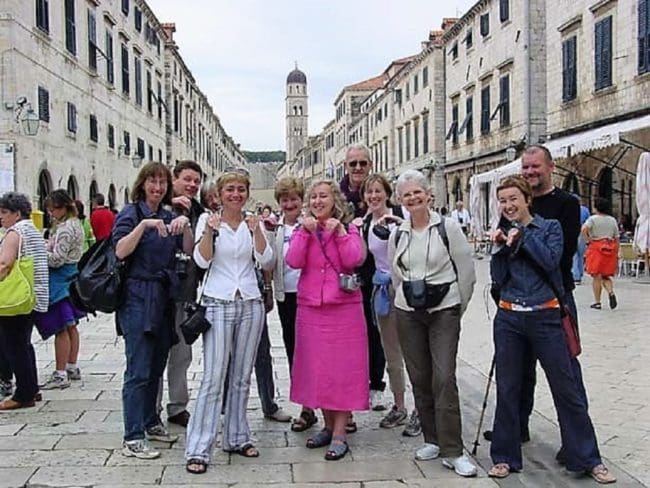 Then a walking tour in the Old Town: palaces, cathedrals, monasteries and fountains (and more meerkat impressions). The most memorable sight is the Onofrio Fountain – a spectacular dome surrounded by 16 taps. (You would recognise it today as King’s Landing in Game of Thrones.)  The streets are pristine – too pristine. A beautiful city recreated without a soul. The many restaurants lining the thoroughfares and squares all serve the same depressing tourist fare – overcooked and overpriced fish, kebabs and chips. Travelling companion Lynne says that the beer is fine. She drinks pints.