A Very Short History of Ireland

Gaelic Ireland had emerged by the 1st century AD. The island was Christianised from the fifth century onwards. Following the 12th century Anglo-Norman invasion, England claimed sovereignty. From then on, the politics of Ireland are extremely complex and I'm not even going to attempt to explain them. Read Wikipedia - which may or may not give accurate information.

Ireland was partitioned by the Government of Ireland Act 1920, creating the Republic of Ireland and Northern Ireland (the six northeastern counties), which became part of the United Kingdom with a devolved government. 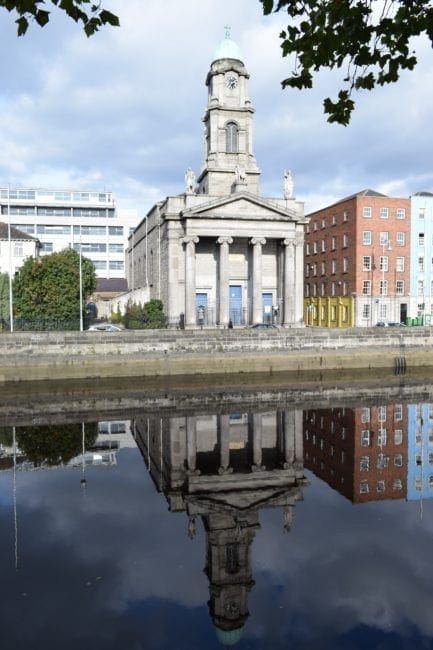 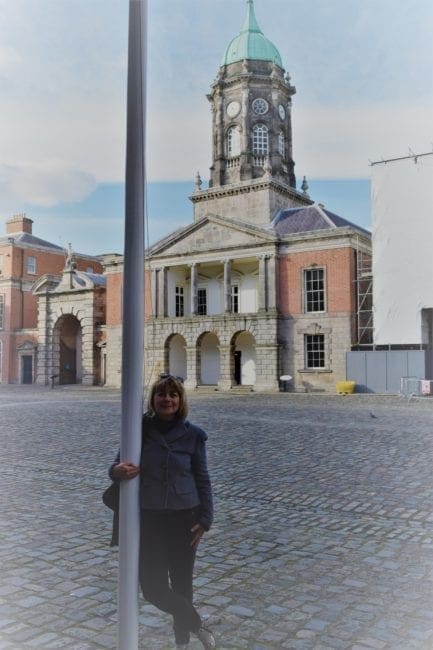 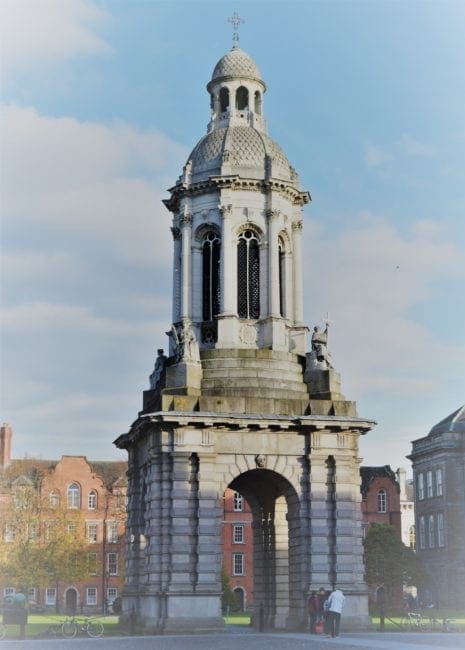 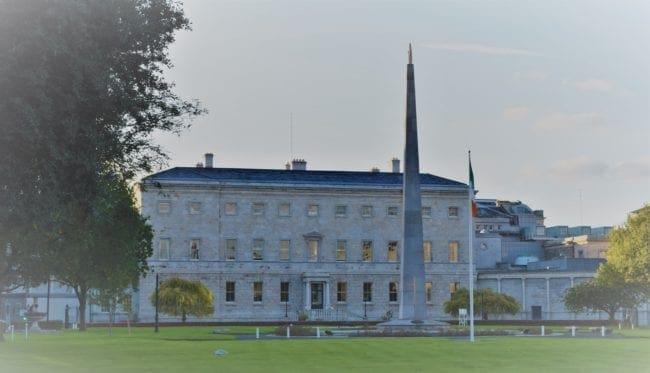 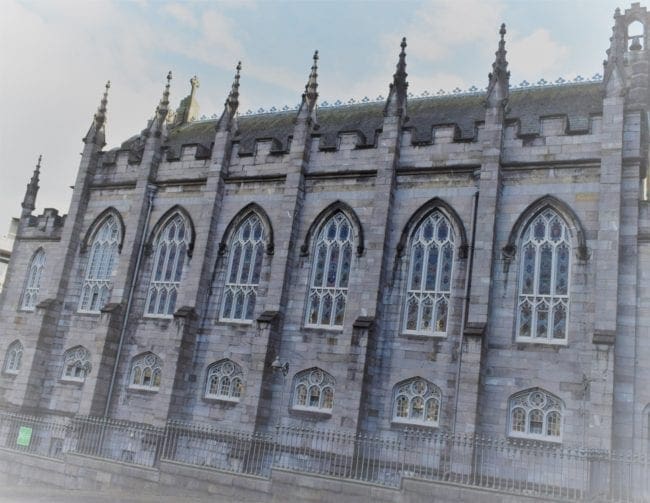 Where to Go in Ireland?

Ireland is all gorgeous. The first time I went, I was on a circular tour with Don: 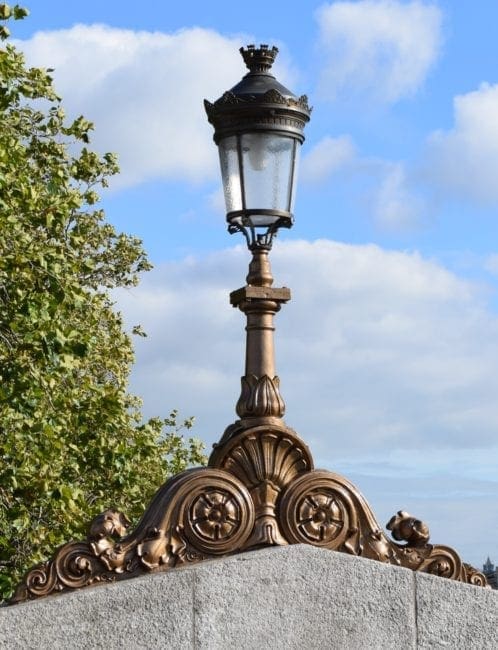 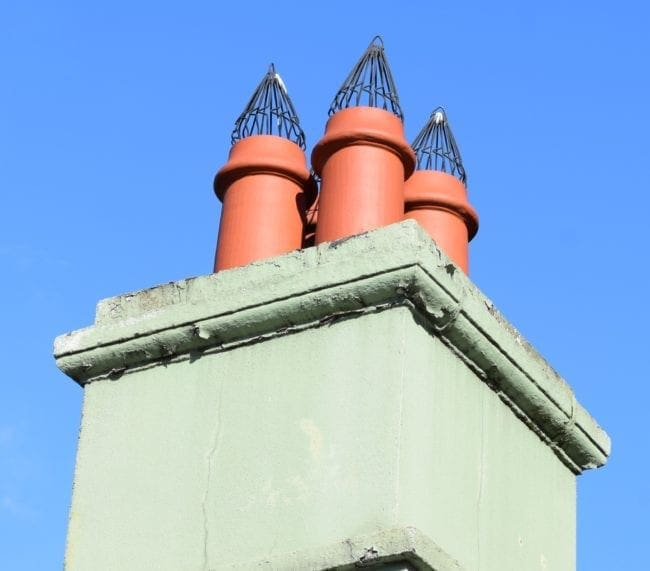 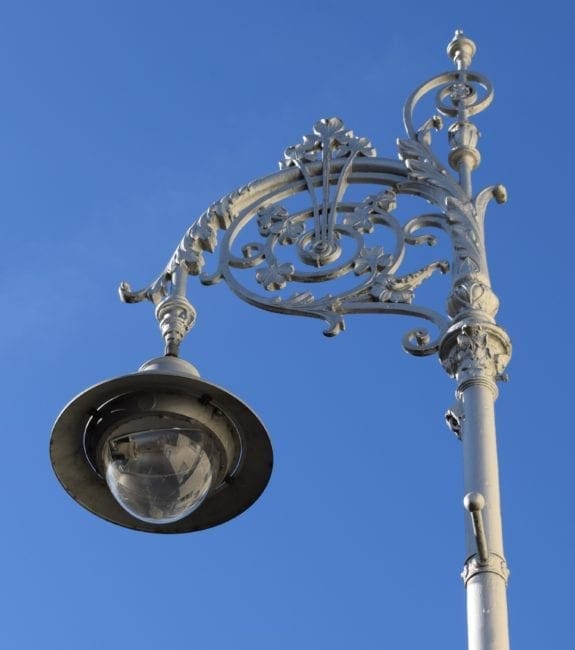 My last trip to Ireland was to Dublin.

Two Days In Dublin – With a Companion

I'm back in Dublin. after many years, with a companion. Last time, it was the start of my circular tour. It's the capital of Ireland, on the mouth of the River Liffey. The Dublin Bay area has been inhabited since prehistoric time. There was first an early Christian ecclesiastical settlement, succeeded by a ninth century Viking town. The town remained prosperous but relatively small, making money mostly through the export of wool and linen. until the Georgian era, when, for a short while it was the second largest city in the British Empire.

The city's importance declined during the years of Union with the British. Dublin was not an industrial hub, like Belfast. Once again the capital of Ireland, it has increased in size and prominence. The name Dublin comes from early Irish for 'black pool.', but all the Irish counties have nicknames and this one is often called The Pale, after the fence and ditch that surrounded the area. 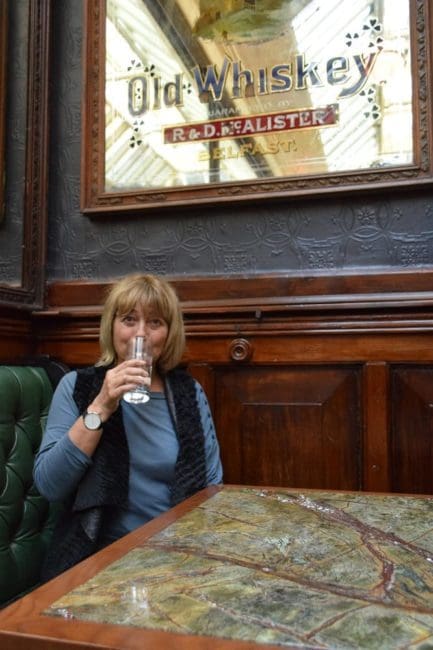 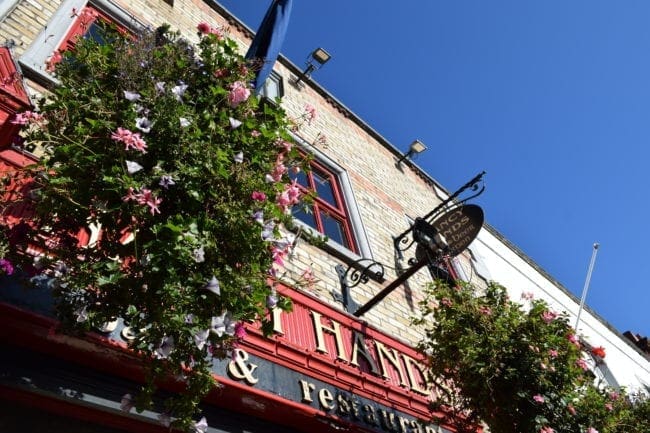 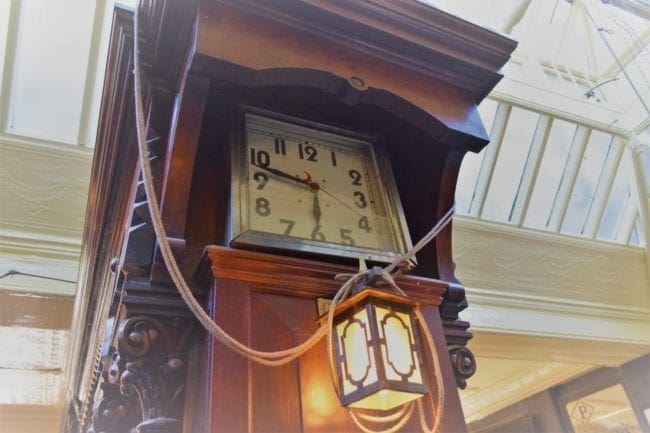 Our first stop in Dublin sets the tone for the remainder of the visit; we have lunch in a beautifully authentic Victorian pub. Ryan’s is replete with wood panelling, carriage clocks, globe lights, framed prints and mirrors. There are delightful nooks and crannies and the friendly barman serves us in our own tiny snug. Companion, of course, samples the Guinness, The vast and sprawling brewery is just across the river. It was founded in 1759, and grew to become the largest brewery in the world. It's also the largest employer in Dublin. The pub food is good too. It's an excellent way to begin. 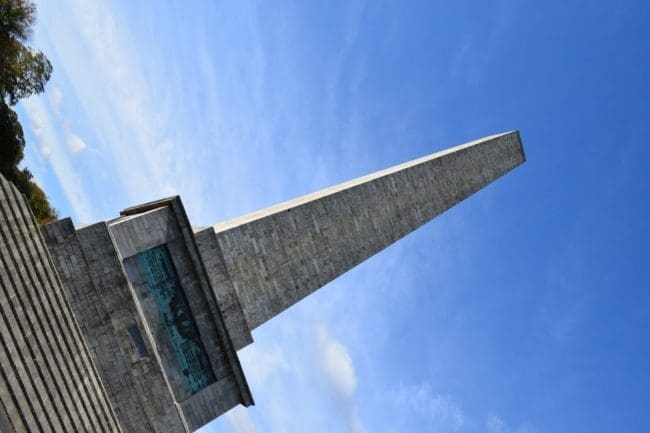 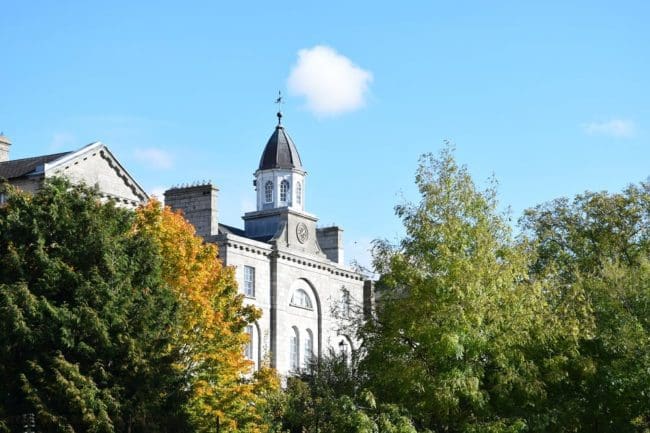 Phoenix Park is just a little further up the road, the entrance tucked in behind the law courts. Once a hunting park, it’s claimed by some sources as the largest walled city park in Europe. It certainly stretches prettily away into the distance, dipping down to lakes and streams, autumn colours gleaming in the sunshine. There's even a zoo.

The park has more than its fair share of impressive memorials, but we can’t find the more ignominious shabby cross on the ground that I’ve read commemorates the murders of Cavendish and Burke in 1882. Lord Frederick Cavendish was The Chief Secretary for Ireland and Thomas Henry Burke was the Under-Secretary. They were stabbed to death with surgical knives while walking from Dublin Castle. A small insurgent group called the Irish National Invincibles were responsible. 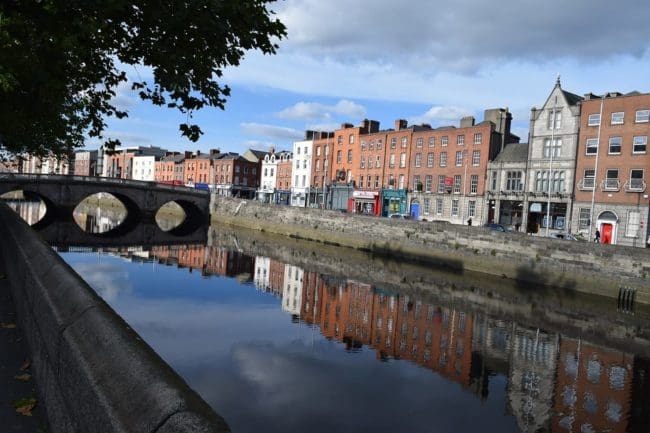 We wander along the Liffey, towards the city centre and the castle. It’s not the prettiest part of town, but the reflections of the red brick buildings and stone steeples in the water are lovely and we’re pleased in any case, to be enjoying sunshine. This is Ireland, after all. It's green for a reason.

A charmingly garrulous clergyman gives us a special guided tour in St Audoen’s, the oldest church in Dublin. The tour threatens to take up rather too much of the afternoon, however, so after stroking the Lucky Stone, (it’s not quite the Blarney), we escape to find the street closed and the garda whizzing around in blue flashing cars. There’s a bomb disposal squad out in front of Christchurch Cathedral (there are a lot of churches round here). It turns out to be a storm in a tea cup - or rather a firework in a rubbish bin incident. 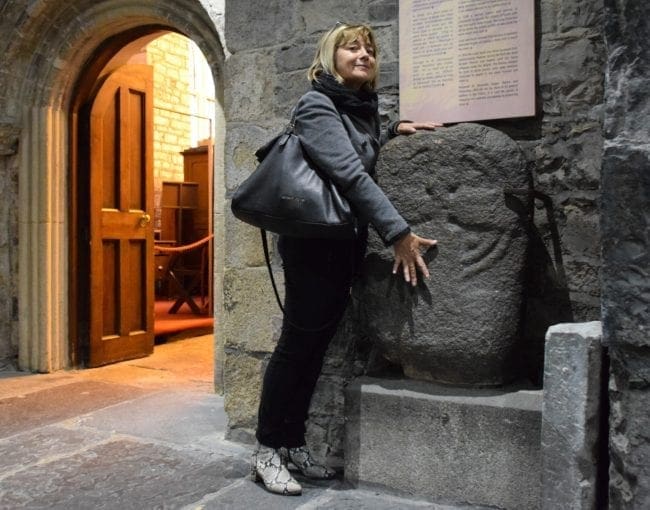 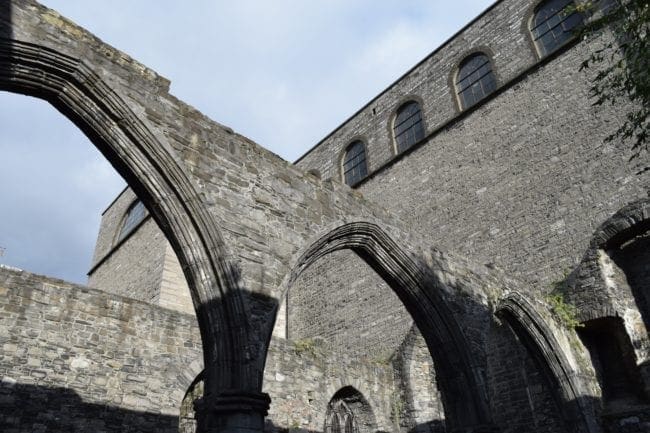 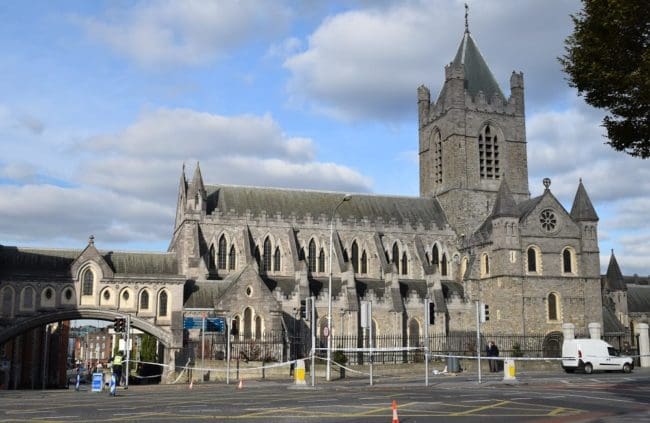 Next, Dublin Castle, with round towers and early English style turrets and a memorial garden on the site of the black lake that gave its name to the whole city. 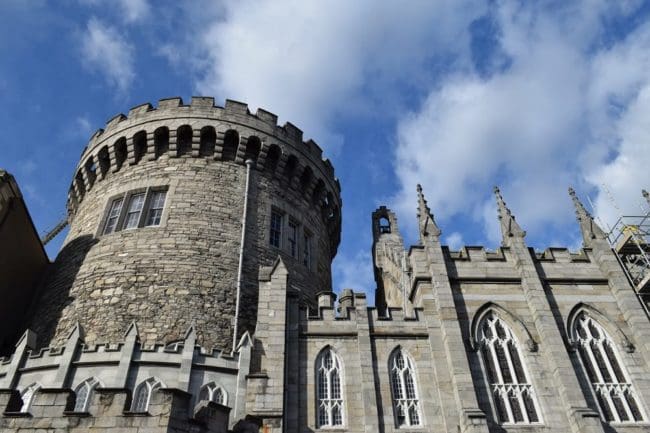 The Molly Malone statue is a must. I’m all geared up to sing the song, much to Companion’s consternation, but I am diverted as she is being assaulted by a group of uncouth Italians who insist on being photographed fondling her amply displayed bosom. She is ignominiously referred to as 'the tart with the cart' by the locals. 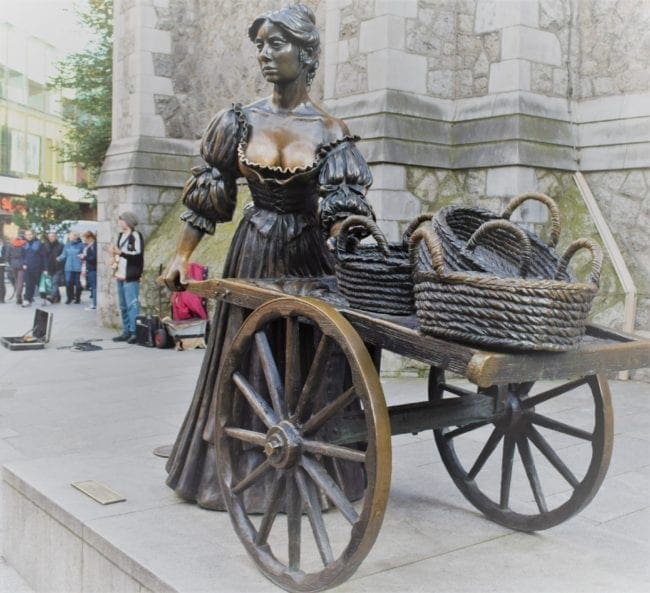 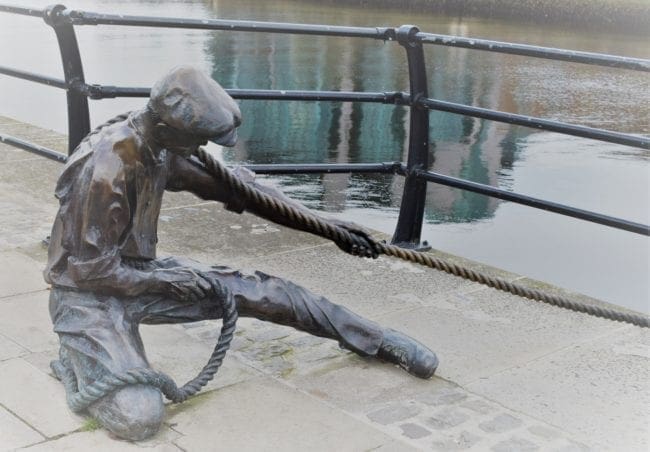 Stephen Green Park has a huge plate glass mall close by, another lake and an arch. There are hosts of other grand neoclassical civic buildings, especially the Leinster Building, where the Irish parliament, the Dail meets, the Irish Bank and a plethora of galleries and museums. The largest dome belongs to Government Buildings, the home of the Department of the Taoiseach. Companion insists on referring to it as the Teashop. I’m hushing and looking round in the hope that no-one has overheard. 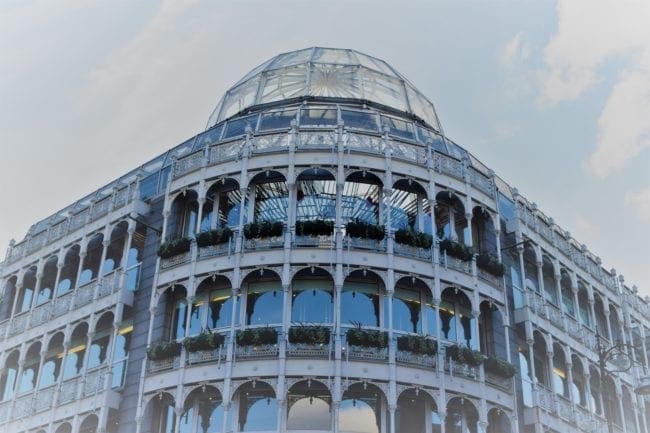 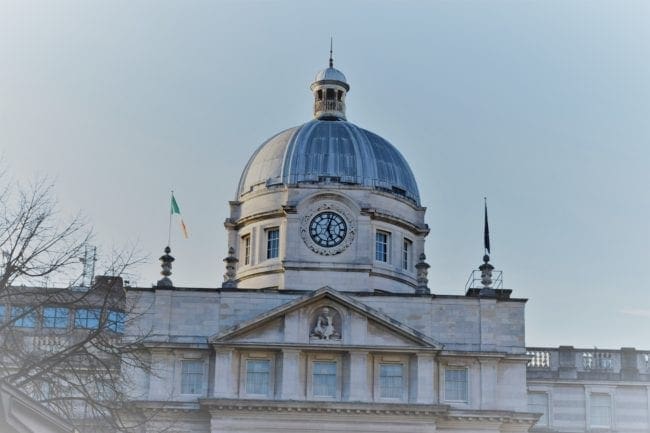 Trinity College Dublin is by far the most important university in Ireland, a sister college to St John's College, Cambridge and Oriel College, Oxford. A graduate of Dublin, Oxford or Cambridge can be conferred the equivalent degree at either of the other two without further examination. The ninthth-century Book of Kells and other illustrated manuscripts are on show in the College Library. And the list of notable alumni is exhaustive. I'm pondering it as I wander the quadrangle. 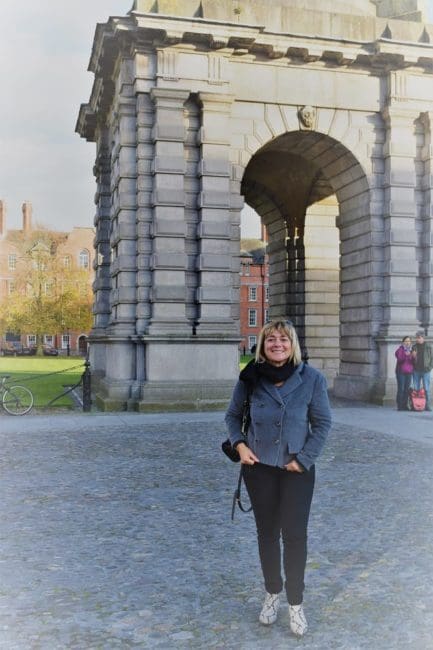 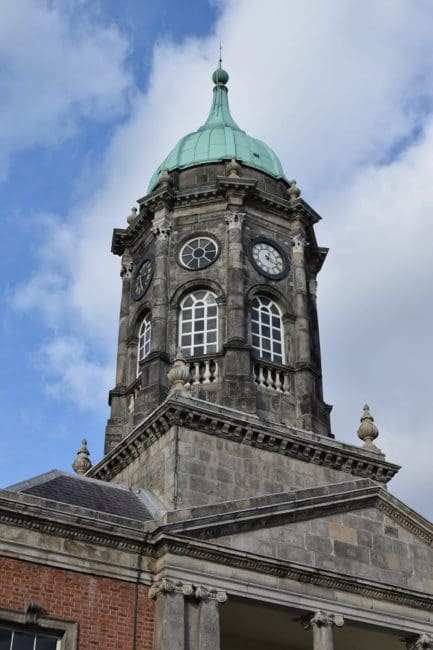 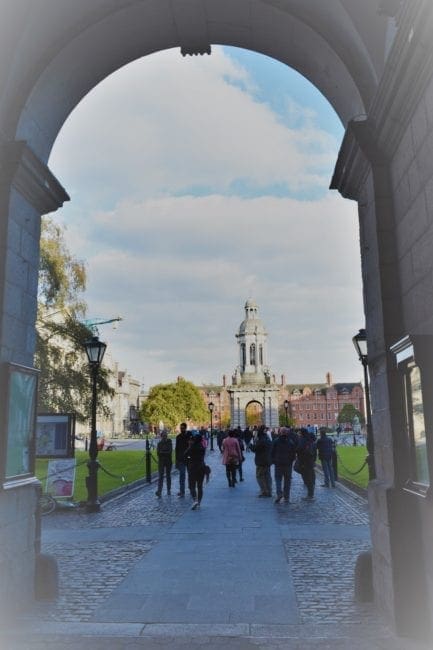 The Pubs of Dublin

There are more pubs than any other type of building in Dublin and they all sell Guinness. We eat a very good Irish steak dinner, the meat supplied by a butcher referred to in James Joyce’s Ulysses.

There’s a glorious sunrise over the Guinness brewery, heralding a cloudy day.

West, to the most recently developed area of Dublin, the docklands. The award winning EPIC Museum of Irish emigration here is mainly videos of a lot of people who have decided that they don’t want to live in Ireland, whining about their tough lives when they leave. The rest of it is devoted to videos of famous people who are claimed as being of national importance, as they have obscure Irish roots, such as one great grandfather who was born in Sligo. In the tennis section of the sports department, for example, John McEnroe and Pat Cash are both claimed as Irish. There are notably several US presidents claimed too. Kennedy is an obvious one, but Ulysses Grant is a more surprising addition. Ditto Margaret Mitchell whose maternal great grandfather came from Ireland.

It’s a little astonishing - these many tenuous claims to fame and (as far as we can see) numerous omissions of genuinely Irish celebrities. Maybe these are only well known in the UK? We opt for laughter, instead of succumbing to bewilderment. We decide that everyone must be Irish if you look hard enough. A statue of Batman has been placed above a door to a bar by the river. We assume he must be Irish too. 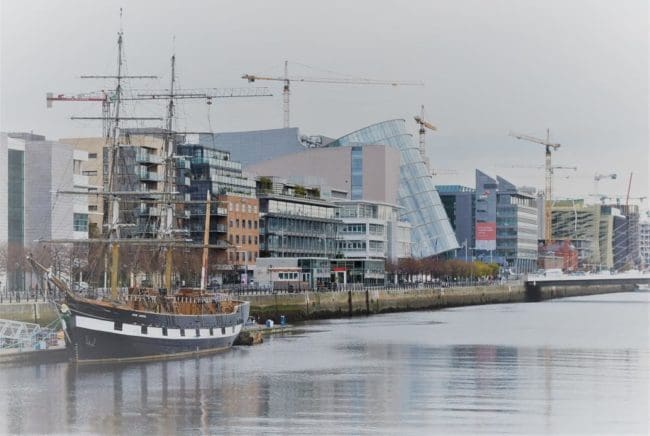 A last wander past Abbey Street, the statues (each resplendent with seagull on his head) and needle spire of Connell Street, across the white arched Halfpenny Bridge, through the fake and real traditional pubs of Temple Bar. They both charge exorbitant prices in this most touristy part of town. Up to 30 euros for Irish stew, beef and Guinness pie or Dublin Bay prawns. We finish our visit with a meal in the genuine article, just off the main drag.