We take in Jericho soon after crossing the Allenby (King Hussein) Bridge from Jordan into the West Bank and Palestine. The term Palestine has been in use since ancient Greek times and Herodotus. It referred to the southeast corner of the Mediterranean Sea beside Syria. Or, the modern State of Israel, the West Bank and the Gaza Strip. as defined by the British Mandatory Palestine (1920-1948).

The State of Palestine is officially governed by the Palestine Liberation Organization (PLO). It claims the West Bank, including East Jerusalem, and the Gaza Strip as its territory, though the entirety of that territory has been occupied by Israel since the 1967 Six-Day War. The West Bank is currently divided into 165 Palestinian enclaves that are under partial Palestinian National Authority (PNA) rule. The remainder, including 200 Israeli settlements, is under full Israeli control. The Gaza Strip is ruled by the militant Islamic group Hamas and has been subject to a long-term blockade by Egypt and Israel (since 2007).

As I wrote under Israel, the current geopolitical situation in this region is complex and ongoing and I am not going to attempt to explain it further. Please read up for yourself. My understanding is, that according to international law Israel currently occupies land (see above), that legally belongs to Arab nations, Palestine in particular. So I have included those areas in this, Palestine, post.

Jericho is believed to be the world's oldest continually inhabited city and it dates back 11,000 years. In 7,000 BC Jericho had a population of 2,000 and was the largest city in existence. It was sustained by water from the nearby River Jordan. Jericho is probably most famous for its walls . They came later, of course. and were sloped (to make them difficult to climb), about 15 feet wide and over 10 feet high, with stone towers of about 25 feet.

This wall features in the biblical story in the book of Joshua and in musicals (Joshua fit the battle of Jericho). When Moses died Joshua took over leadership of the exodus of the Hebrew peoples from Egypt into Canaan, the Promised Land. But Jericho lay in their way. God told the Israelites to walk around the wall, chanting and blowing trumpets, for several days. They did as they were told and the walls 'came tumbling down'. Perhaps that's why there's little sign of them in the scanty ruins. This is also the area in which Jesus was baptised (in the Jordan) and the home of the Mount of the Temptation. Not to mention the several monasteries.

Qumran and the Dead Sea Scrolls 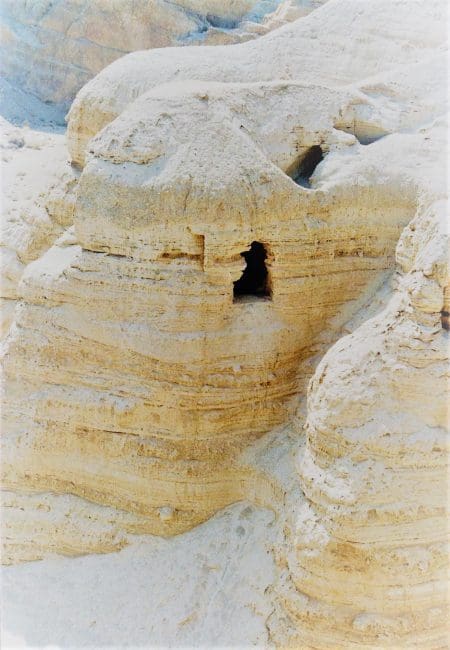 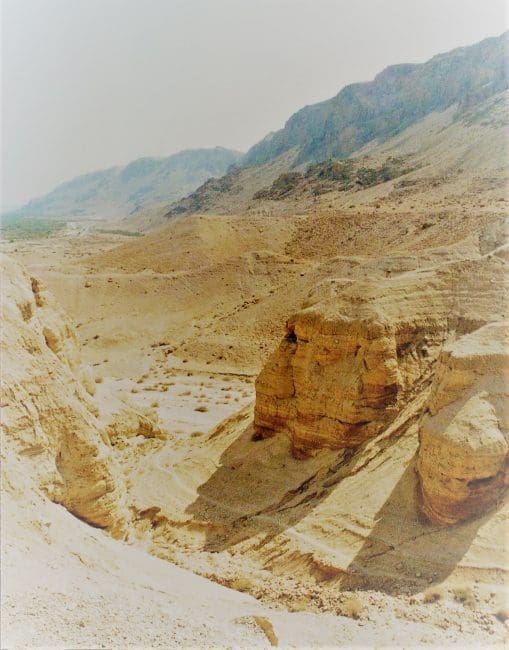 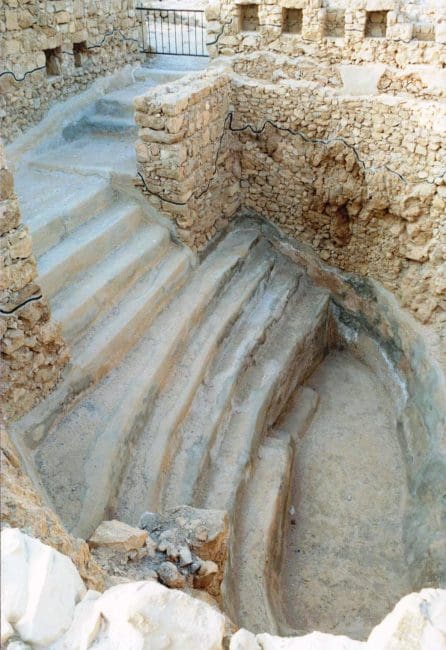 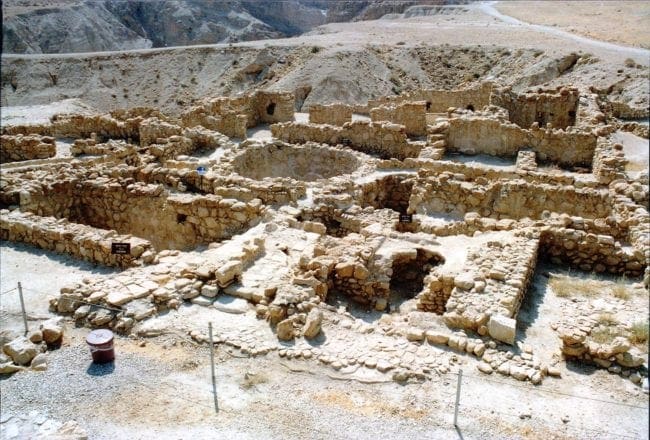 A side trip from Jericho to Qumran, home of the Essenes, believed to have been the authors of the 2,000 year old Dead Sea scrolls. Nine hundred of these  priceless documents were found amongst eleven rocky hillside caves in 1947. The site is managed by the Israelis.

Into Jerusalem, (claimed by both Palestine and Israel as their capital), via the Mount of Olives. This city, one of the oldest in the world, dates back to the fourth millennium BC. It is hugely important to Moslems, Jews and Christians. East Jerusalem, where we are headed, contains the Old City, the City of David. By the eighth century BC, the city had developed into the religious and administrative centre of the Kingdom of Judah. Over the ensuing years Jerusalem has been destroyed at least twice, besieged 23 times, captured and recaptured 44 times, and attacked 52 times. There's too much to relate here. Again, the Bible tells the story better.

In 1538, the city walls were rebuilt for a last time by order of Suleiman the Magnificent of the Ottoman Empire. Today, those walls still stand, surrounding the Old City. This has traditionally been divided into four areas – the Armenian, Christian, Jewish, and Muslim quarters. There are eight gates. 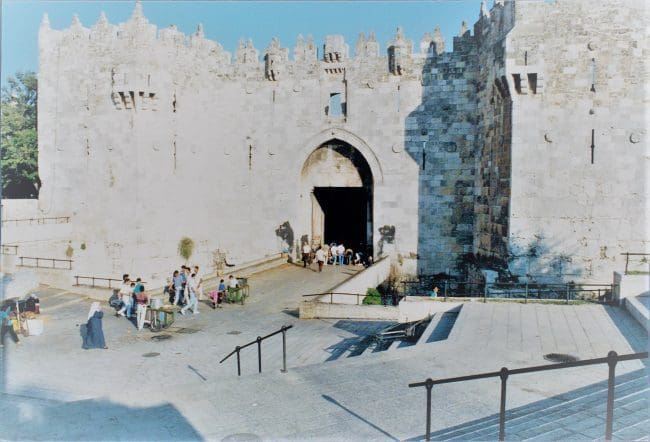 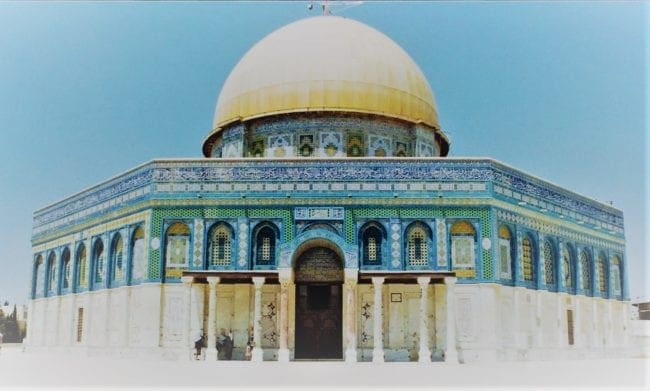 Exploring The Old City of Jerusalem

The Dome of the Rock stands proudly above the city, a symbol to both Muslims and Jews and the site of Mohammed's ascension to heaven. The Temple Mount, alongside  is more vibrant than the rest of the metropolis (especially, today, as many workers are on strike). The Western (or Wailing) Wall is believed by Jews to be the last remnant of the second Temple and so, is the most revered of all Jewish sites. It  is lined with worshippers, leaving prayers in the crevices and reciting their scriptures.

Close by, is the renowned Christian site designated as the Garden of Gethsemane. Here, there is the Roman Catholic Church of All Nations, also known as the Church or Basilica of the Agony. It's built over the rock where Jesus is said to have prayed before his betrayal and arrest. Then, the Stations of the Cross on the Via Dolorosa,. This is traditionally believed to be the route taken by Christ on the day of his execution. It leads to the Church of the Holy Sepulchre, the reputed place of the crucifixion, burial and resurrection of Jesus Christ. Sadly, the close and convenient juxtaposition of these important sites in one building is hard to swallow. 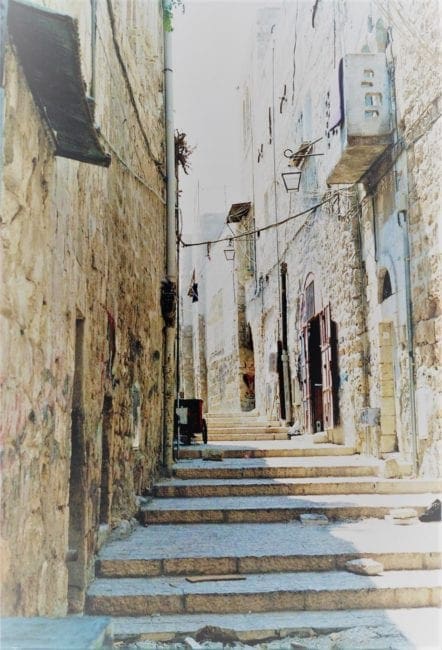 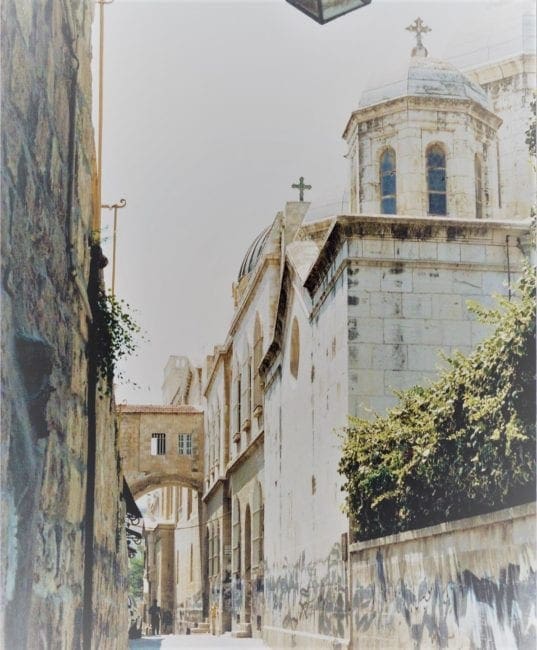 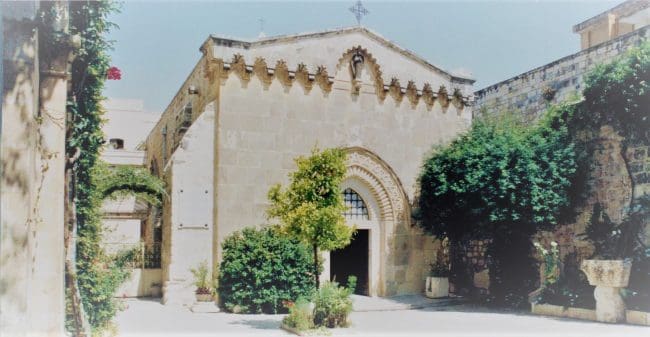 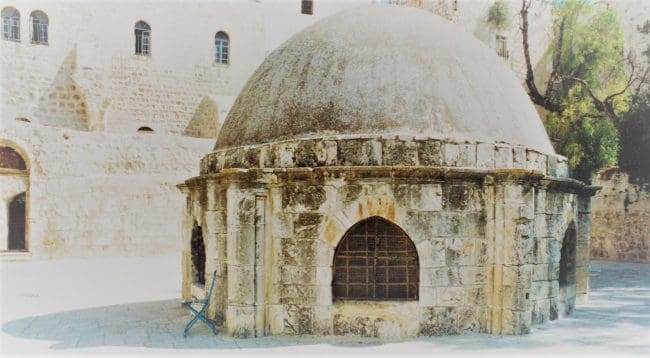 Apparently my scepticism is shared by some experts. I've read that there's a strong chance that this is the place of the crucifixion. Golgotha. (There is a hill inside the church). The Romans attempted to distract attention with a temple to Aphrodite, thus marking the spot. But, as I suspected, it's unlikely that the tomb was so close. and it is believed that the original, provided by Joseph of Arimathea, was further afield and destroyed in the eleventh century. The Via Dolorosa, is based on later, European constructions with continually expanding numbers of stations of the cross. The jury is out on Gethsemane.

This would all be irrelevant if the Church of the Holy Sepulchre was a spiritual experience. Sadly, with all the marshalling, by competing religious representatives, and the tourist paraphernalia (hawkers in all the surrounding streets), it is far from that. I can only sympathise when some of my fellow tourists are ejected from the queue for the Holy Sepulchre by irate priests, because they are giggling.

South, through the West Bank, to Bethlehem. Rocks are hurled at the bus. Fortunately, they only dent the paintwork. 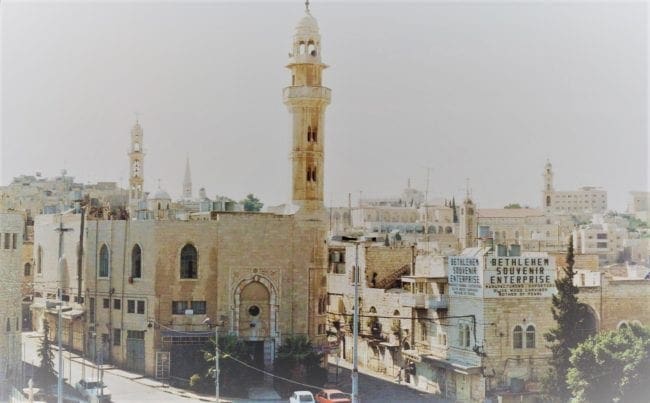 The biblical birthplace of Jesus is a major Christian pilgrimage destination. It's marked by an inlaid silver star, in a grotto under the sixth-century Church of the Nativity. This shares Manger Square with the 15th-century Church of St. Catherine and the 1860 Mosque of Omar. The nativity church is decorated with glittery lights, surrounded by tacky souvenir shops and surmounted by another illuminated star. Again, I was a little sceptical, but I've read that the actual birth site was indeed a cave. The manger was stone cut nomad feeding trough, sadly replaced by a silver one. The site was again unintentionally preserved by the Romans. The pagan emperor Hadrian ordered a grove dedicated to the god Adonis to be planted around the cave.