March 1990 - After the Wall Came Down Backpacking Tour of Eastern Europe, with Friend Jenny

Out to Berlin, backpacking,  as soon as we can after The Wall comes down,  a stepping stone to post-Gorbachov Eastern Europe.  The PR people like to point out that Berlin has more bridges than Venice -1700 -, but of course the city is also much bigger than Venice. The capital of Germany is the largest city in the European Union, now London is no longer included (sigh). Combined with its surrounding state Brandenburg, it houses Europe’s largest inland water network.

We take in Alexanderplatz, its surrounding churches and striking townhall, with its top heavy tower. Then, visit the big museums on an island in the River Spree, gaping at the Babylonian Ishtar Gate, and the cathedral on iconic Unter den Linden. Unter den Linden, at the heart of historic Berlin, is probably the grandest and most famous street in the city. It's lined with places, museums, state buildings and embassies. It developed from a bridle path laid out by Elector John George of Brandenburg in the 16th century leading from his palace, to reach his hunting grounds in the current Tiergarten (zoo) area. It was expanded to a boulevard of linden trees as Berlin grew and now finishes at the iconic Brandenburg Gate. 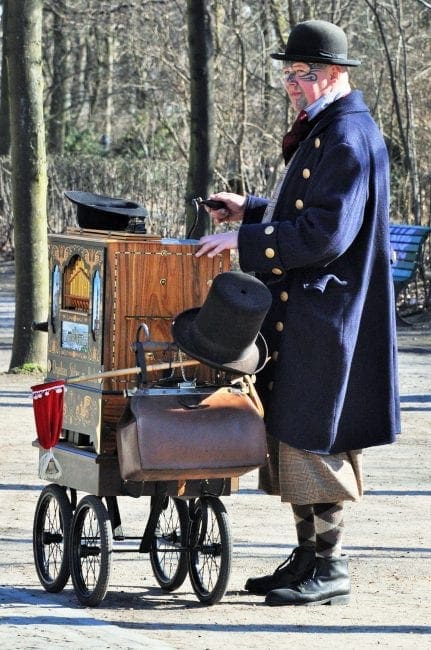 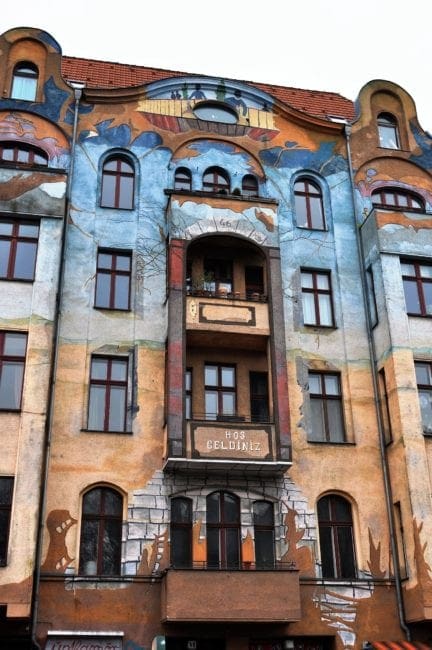 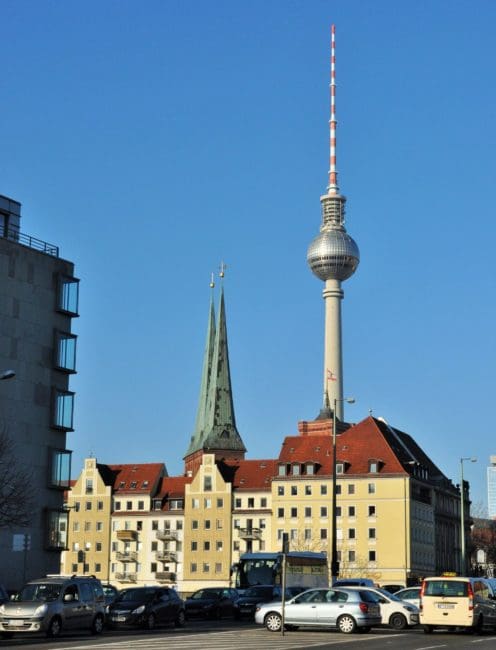 The Gate is today utilised as a site for major historical events. It's seen as a symbol of peace, as well as representing the tumultuous histories of Germany and Europe. I'm not sure how the two sit side by side. It was originally built to celebrate the Prussian suppression of Dutch unrest, on behalf of the Orangists in the 1730s.

We wander through the gardens stretching to the zoo and the Victory Column, beyond the  wreck of the Reichstag building. The asphalt paths are lined with flowers bobbing in the sun and the air full of music from the organ grinders dotting the way. The Reichstag was opened in 1894 and used to house the Imperial Diet of the German Empire. It was set on fire in 1933, It's very moving. My clearest and most poignant memory is of reading the numbers of dead from the war, posted inside what remained of the ruined hulk. 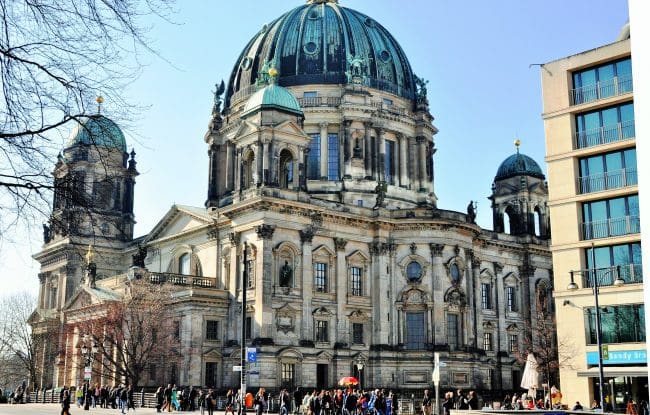 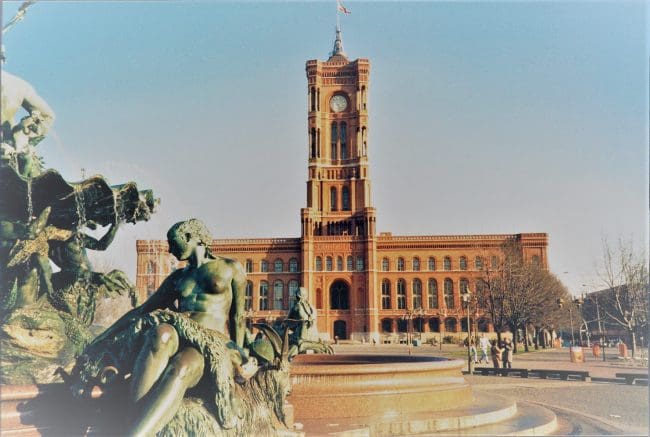 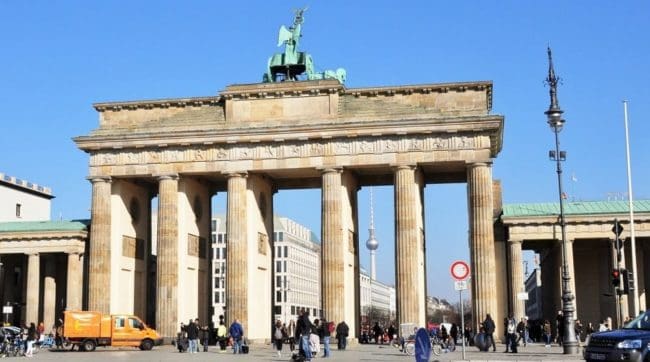 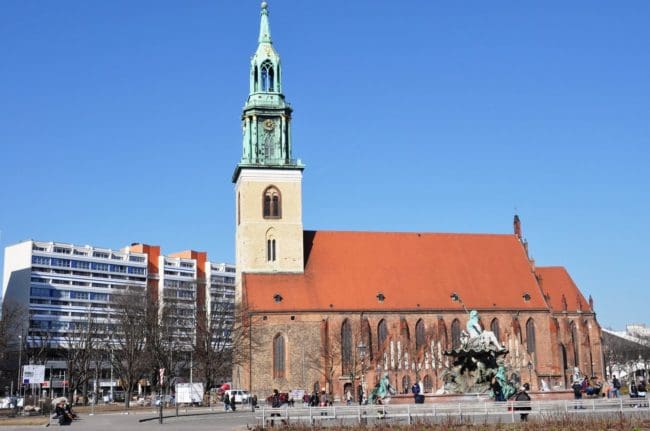 The first set of traffic lights in Europe was put into service in Potsdamer Platz in Berlin in 1924. A replica of the lights can still be admired there today. We tiptoe cautiously through Checkpoint Charlie, the one gate between East and West Berlin, only very recently opened for good. Being on the site of such momentous recent history is not to be taken lightly. It all feels fresh and raw, as well as exciting. We examine the many chunks of The Wall for sale on the streets, daubed pebbles in plastic bags. I’m not convinced many are genuine.

The Hundertwasser Haus, with its extraordinary glittery decoration, is a must. And we eat ice cream sundaes in the revolving café at the top of the TV Tower. It is all we can afford to order, but we make it last the hour it takes for the restaurant to turn once. We watch the sun set over the roofs of Berlin.

We are staying in East Berlin with a family, in their flat. They are terrified of the Stasi, who they tell us are very much still operating.

Berlin Revisited in the 20s 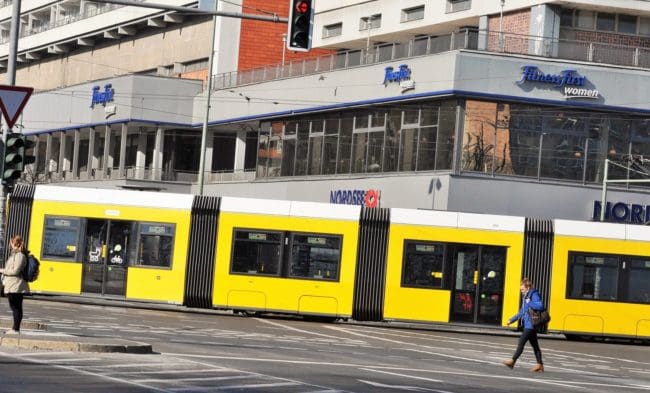 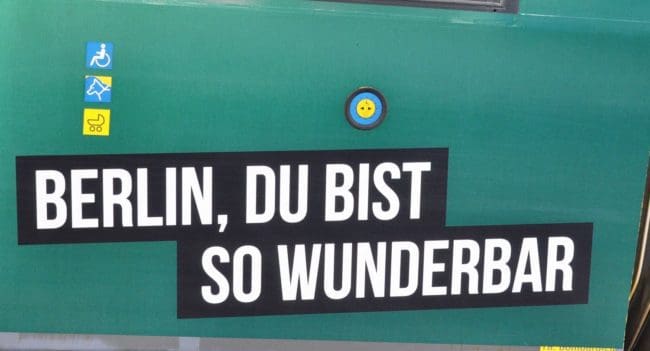 I've returned to Berlin three times. The most obvious change is the Reichstag. It has been imposingly rebuilt by Norman Foster to house the National Parliament, a huge  tri-coloured flag billowing above. The organ grinders are still there. The streets are busy with yellow trams. There are more big churches and civic building with onion domes than I remember. And masses of street art.

There's a sobering Holocaust memorial south and  not so far from the Reichstag. Many of the old Soviet style blocks have disappeared. The original Checkpoint Charlie is now in a museum, There's a tourist offering, complete with shop  on the site  instead. 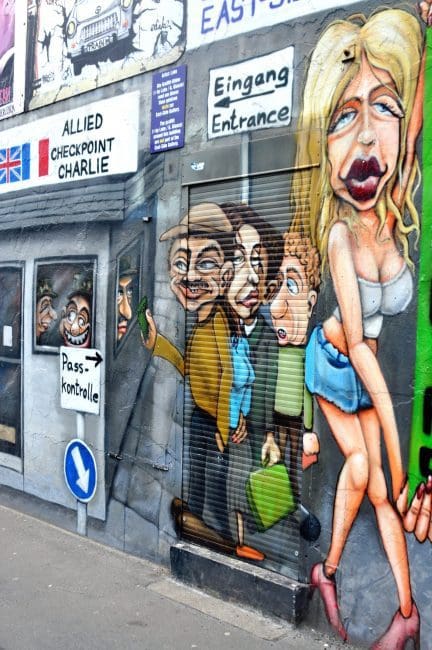 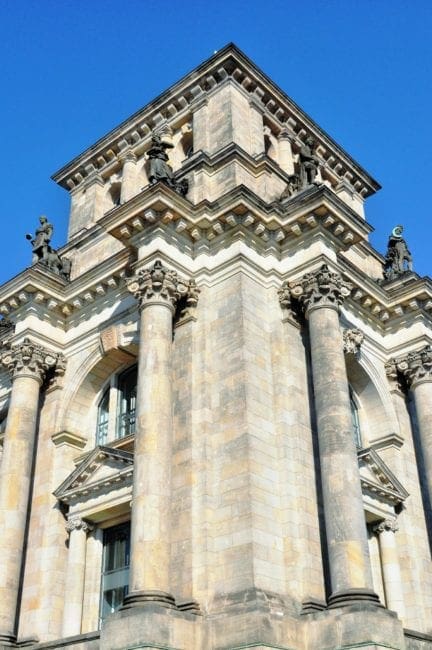 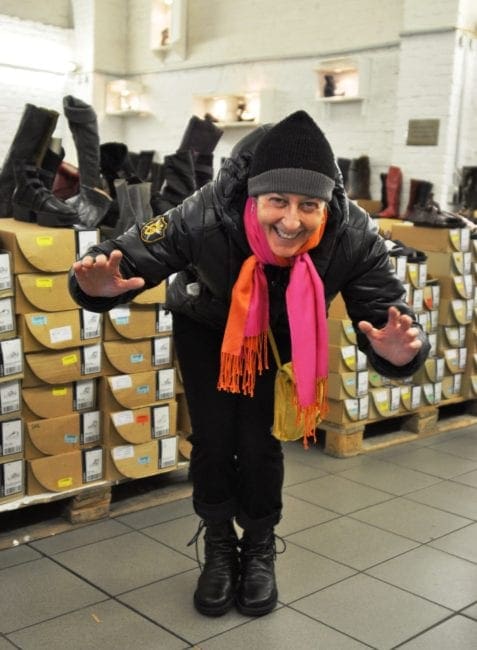 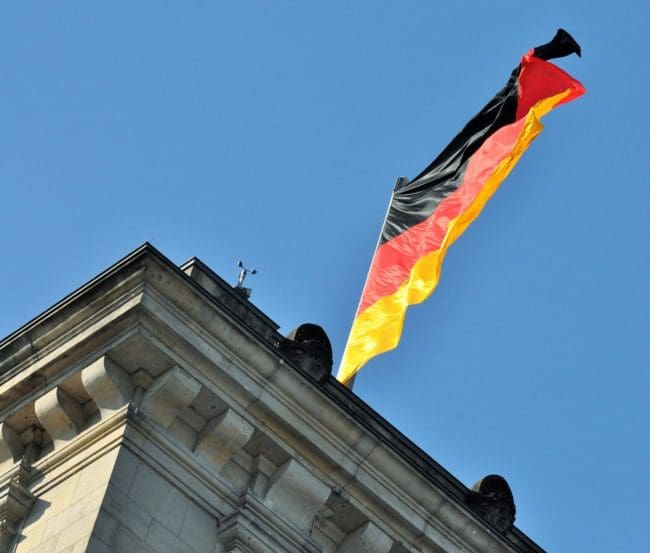 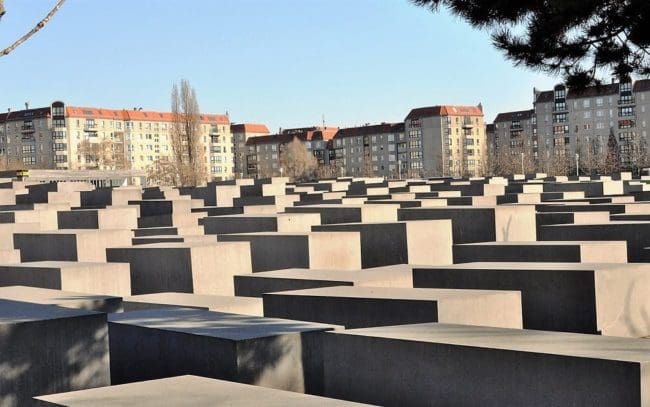 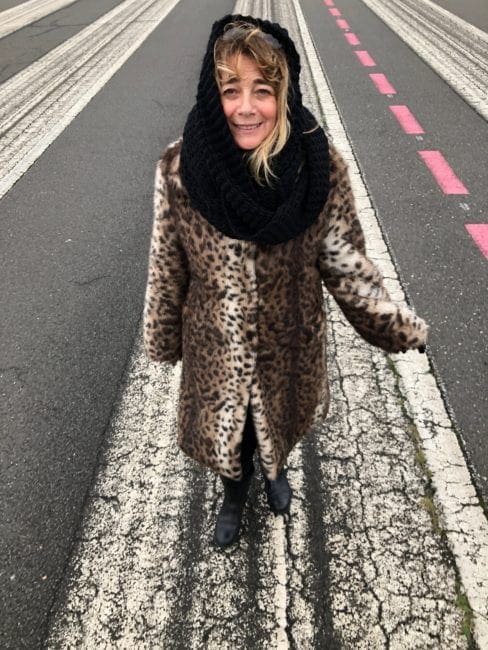 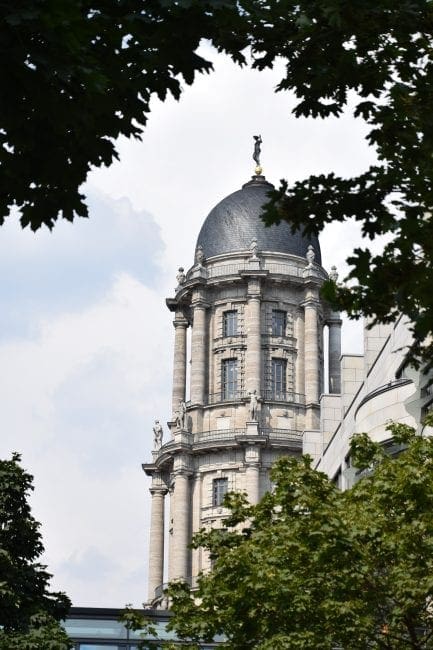 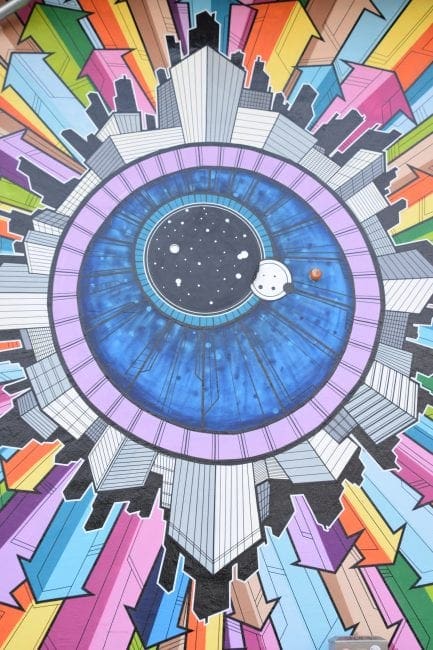 There's more time to explore the university area and the 'cooler districts' of Berlin. Friedrichshain, (this is where you'll find the legendary Berghain club, with one of the strictest door policies in the world), Kreuzberg, Neukölln, Pankow, Mitte and Tempelhof-Schöneberg (berliners turn out to wander about on the old airfield here).

I've discovered a striking bridge on the river, with turrets (pretty isn't really the right word). A remaining piece of Wall nearby (I'm surprised there's anything left)  has been sectioned off to create an outdoor East Side- Art Gallery. The murals are fascinating, colourful and satirical.

Otherwise, the city does not feel hugely different in the centre,  except that  Unter den Linden has become a building site. 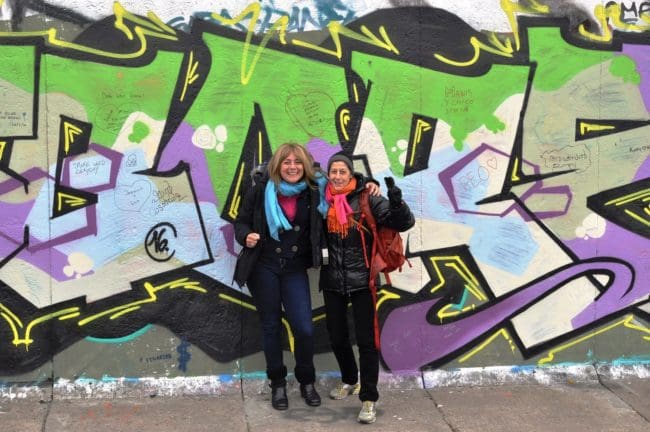 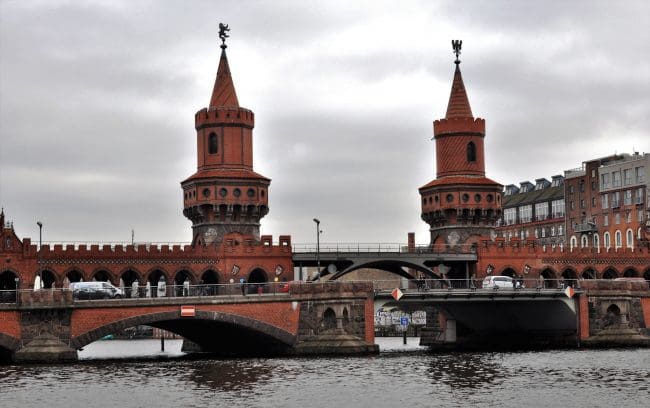 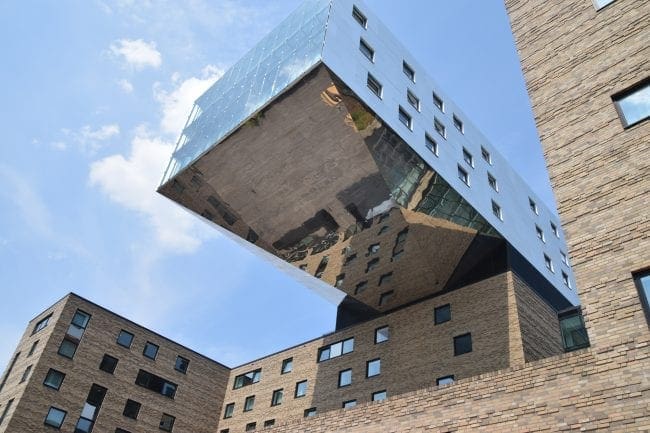 One return is for a Yoga of Relationships mini retreat. Partner Barbara speaks fluent German and we ride the busses with ease, as she acquires new friends at every stop. A tea shop is a chance for sacher torte and yet more new acquaintances. Barbara is is also a big fan of Trippen shoes and a visit to the outlet factory is obligatory. I buy a pair of purple boots that I don't need.

On my last trip, I'm able to catch up with friends Hari and Kirsten and stay at the Nhow Hotel on the river. It's ultra modern and the first to be music themed throughout. You can even choose your music genre lift to travel in.