I was on a Round the World trip to Australia and New Zealand. It was my first really big trip and I was very naive. Flying in from Hong Kong I arrived first in Sydney. I had booked a cheap hotel in Kings Cross and found out why it was such a good deal when I got there. I knew nothing about Kings Cross (it’s the red light district area) and when I arrived a guy was standing in the doorway wearing a leather mini and a blonde wig. So, I got take-away and stuck a chair under the door handle.

I was crippled with jet lag and when I found myself down by the iconic Opera House and Botanic Gardens the next day it was dusk and I was very muzzy headed. I walked back across Victoria Park and only later discovered this was a big no-no for single females.

Sydney, Largest City in Australia, for the Moment

Sydney needs little introduction. It's one of the most visited cities in the world famous for its Opera House and the Sydney Harbour Bridge (the Coathanger). Kingsford Smith Airport is one of the world's oldest continually operating airports. Sydney is also famous for hosting major international sporting events such as the 2000 Summer Olympics.

Sydney is the capital city of the state of New South Wales, and the most populous city in both Australia and Oceania.(though it vies with rival Melbourne for that title which has switched between the two cities.) The metropolis, (all 658 suburbs) ,includes Sydney Harbour and extends over 40 miles, towards the Blue Mountains to the west, Hawkesbury to the north, the Royal National Park to the south and Macarthur to the south-west. Sydney is known as 'The Emerald City' (Sydney is where people go expecting their dreams to be fulfilled only to end up with superficial substitutes and broken dreams) or the 'Harbour City'.(A little more obvious). 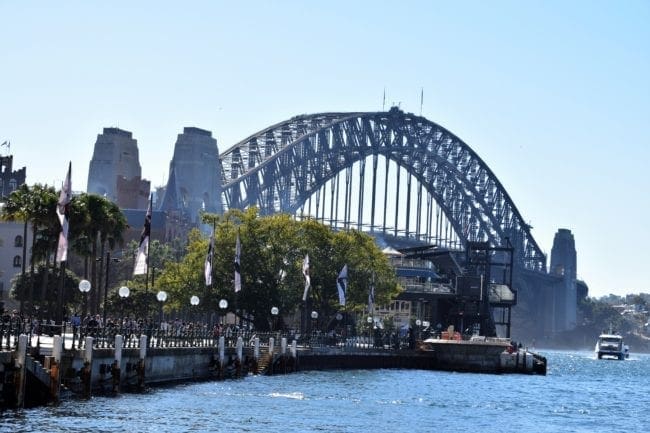 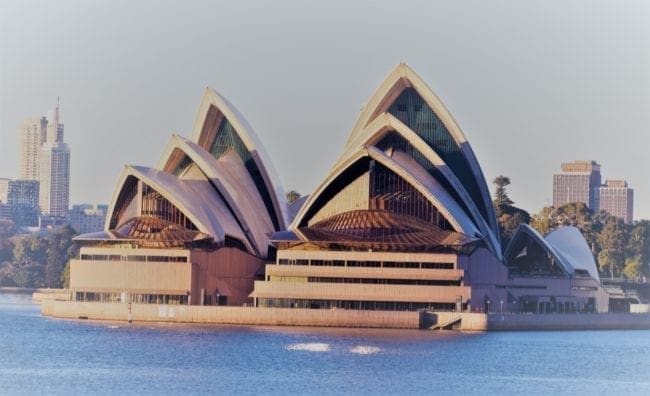 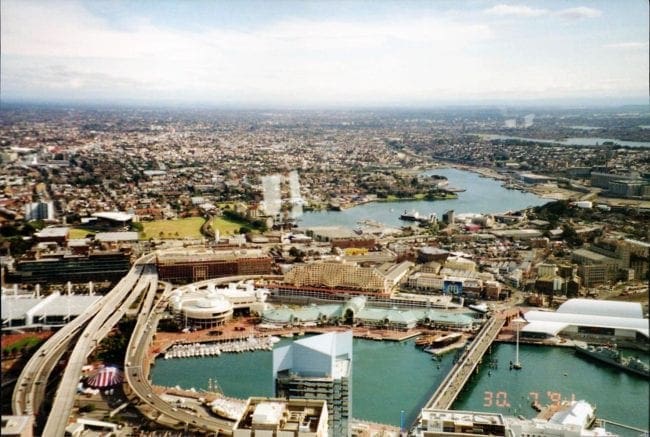 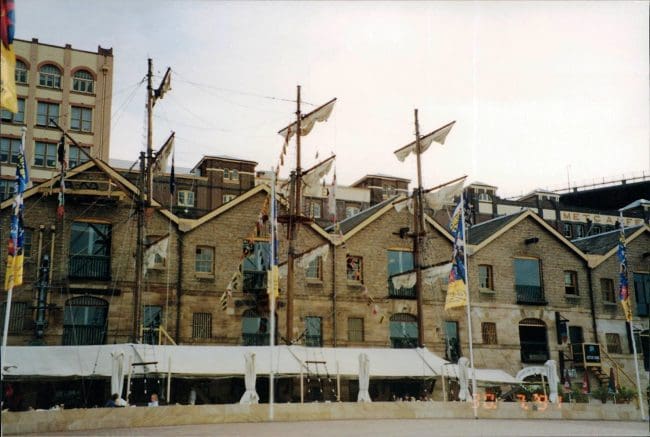 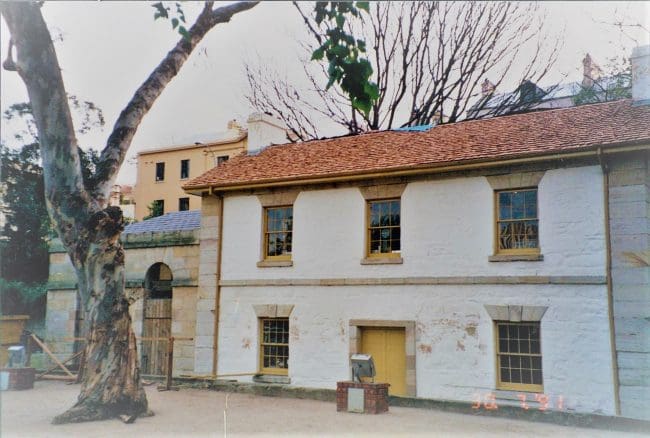 Up the Sydney Tower for views of what was purported to be the largest natural harbour in the world.( It may have lost its title recently due to some land reclamation) and a boat tour of the harbour stopping off at Bondi Beach, probably the most famous of many. The boats leave from Darling Harbour and just off to one side the heart of old Sydney and The Victorian Quarter - The Rocks. Other must sees are the aquarium and the mono rail that runs that way.

Sydney was founded as a British penal colony in 1788, the first European settlement in Australia. After World War II, Sydney experienced mass migration and by 2021 over 40 per cent of the population was born overseas. 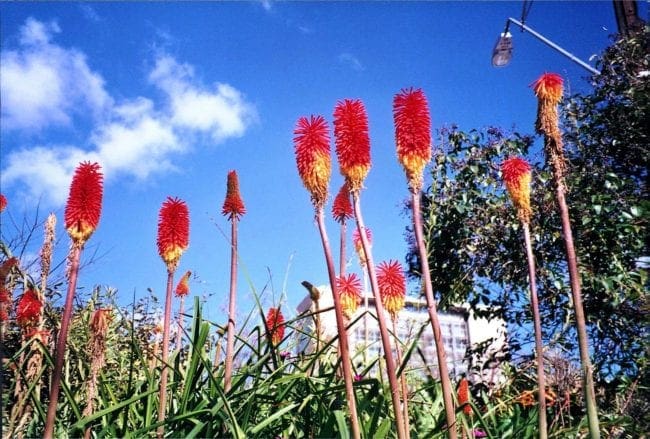 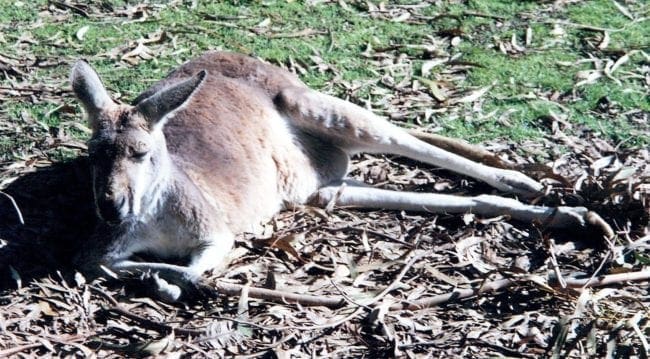 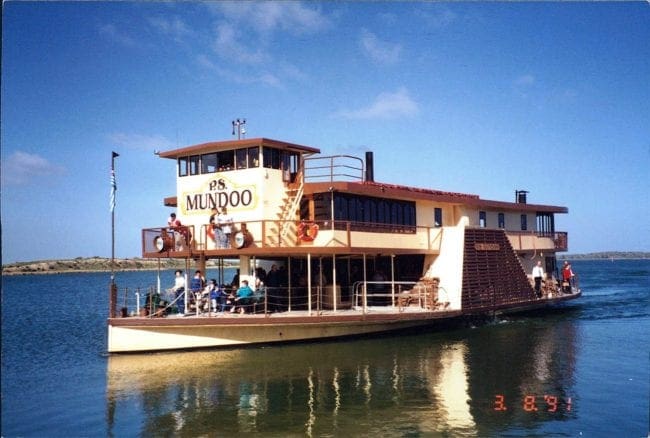 Next stop, Adelaide to stay with friend Jenny. Her spare room had a water bed. Weird. She had only just commenced her one year teaching exchange job in Australia , so I pottered round the city while she was working. Adelaide is the capital of South Australia, name dafter Queen Adelaide. this was the only freely settled colony in Australia. This is a properly planned city - designed by the first Surveyor-General of South Australia, Colonel William Light. "Light's Vision" (also the name of a statue of him on Montefiore Hill), arranged Adelaide in a grid, with five squares in the Adelaide city centre and a ring of parks, known as the Adelaide Parklands, surrounding it. This is where I find the museums, art gallery, botanical gardens and the Mini Opera House. It was chic and easy, bo-ho shops. A place you could live I thought.

With Jenny to Cleland Wildlife Park to see the koalas, so soft... though I was rewarded by a pellet down my dress as part of my cuddle. We drive round the Barossa Valley, sample the wines and sail up the Murray River in a paddle steamer. I buy a koala toy with hat bobbing corks. It sings Waltzing Matilda. How could you not?. 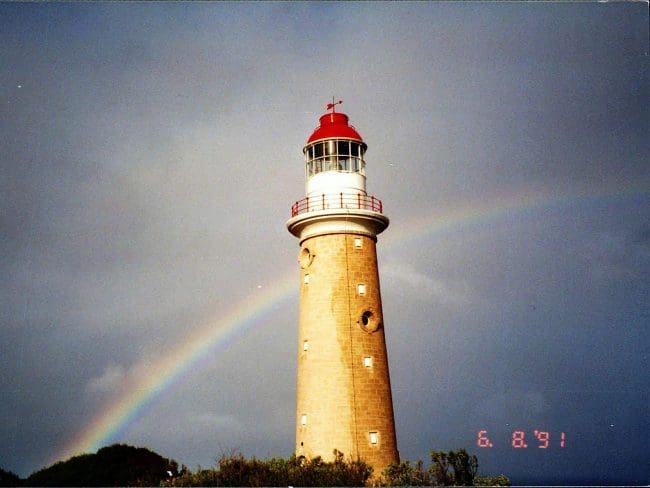 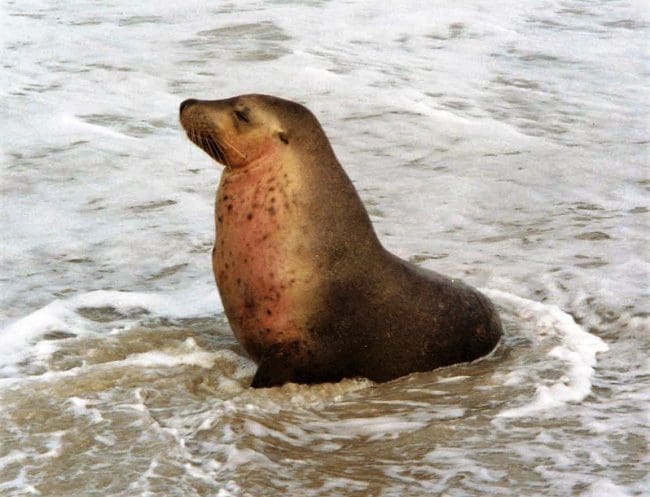 I also took a bus trip south to overnight on Kangaroo Island. There are plenty of nature reserves, a lot of seals and a few kangaroos. Penneshaw, right next to the ferry terminal is home to a colony of little penguins – also known as fairy or blue penguins. It's cold and dark and I can't easily work out how to get around the island. I can just make the little penguins out - I'm sure they are shivering in the bushes. One of the must sees is the Cape du Couedic Lighthouse above the boardwalk that leads to the Remarkable Rocks.

The Red Centre of Australia

Then, to Alice Springs for a bus trip to Ayers Rock. Alice Springs, with a population of around 25,000, is the third-largest town in the Northern Territory of Australia. It's just about in the centre of Australia, equidistant from Adelaide and Darwin. It's on a dry river bed surrounded by several deserts, so the region is dubbed The Red Centre. The town was called Stuart until 1933, when it was renamed after the wife of the telegraph pioneer Sir Charles Todd. It's usually known affectionately as Alice of course and a draw to me because of the Neville Shute's novel A Town like Alice. Though I remember the parts of the story set in war time Malaysia much more clearly.

There's little of note except for the gorges, the school, where it's all done by radio and the flying doctors. 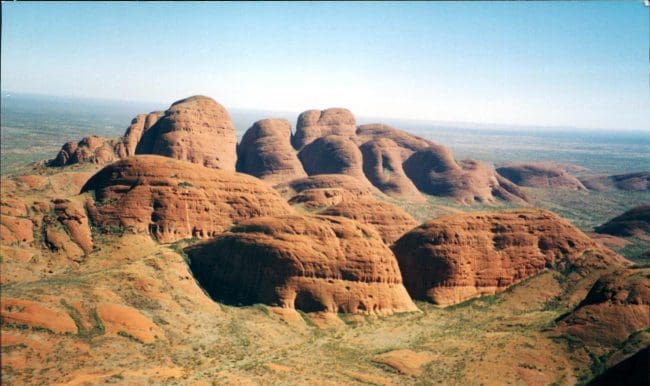 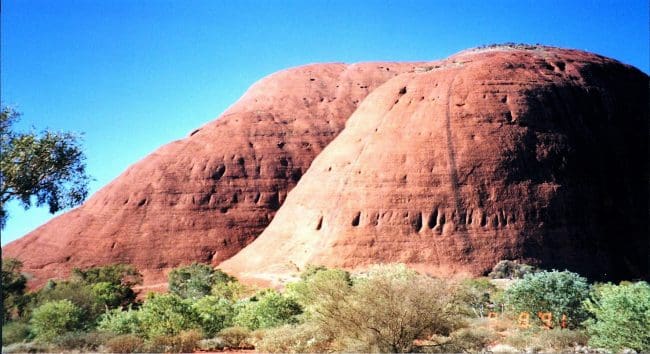 The drive to Ayers Rock takes all day (it's 450 kilometres) and we stop for English scones, jam and cream once on each leg - the scones were enormous. Strange the things you remember.

Uluru, or Ayers Rock, is a massive sandstone monolith thought to have started forming around 550 million years ago. It’s part of Uluru-Kata Tjuta National Park. The Kata Tjuta are 36 red-rock domes known as “The Olgas”. Ayers Rock was stunning in its rich glowing redness, with never to be forgotten views of the rock and the neighbouring bulbous Olgas from a helicopter. My first flight in one.

In those days there was a steady procession of climbers scrambling up the almost vertical face of the rock. It was surprisingly windy at the top, threatening to topple those who had made the ascent. Nowadays, climbing is not allowed at all, in deference to the native peoples who venerate the site. 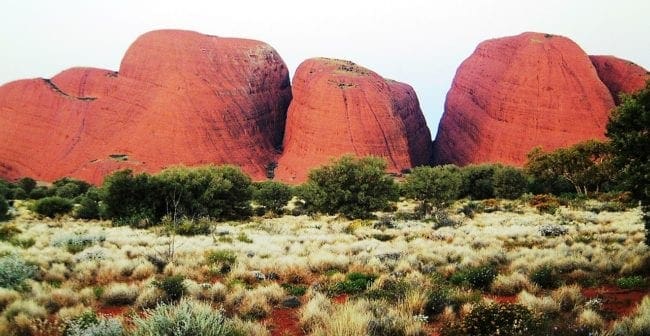 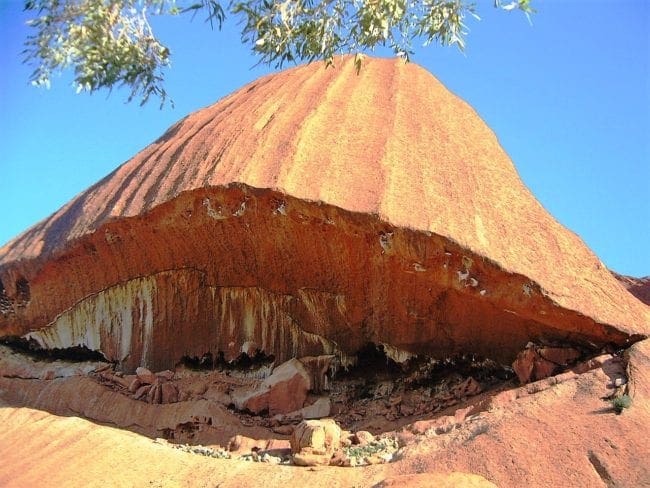 Darwin and The Top End of Australia

Next stop Darwin and Kakadu. Darwin is the capital of Northern Territory, centre of the so called Top End of Australia and home to most of the residents of the territory. It is thoroughly tropical, a link with Asia and the smallest, wettest, and most northerly of the Australian capital cities. The sailors of The Beagle named the area Port Darwin, after their former shipmate, when they called there. The city has been almost entirely rebuilt four times, after cyclones in 1897, 1937 and 1974 and Japanese air raids during World War II,

My best memory of Darwin - unexpectedly small - was making an impromptu visit to the feeding of the fishes in the harbour. Crowds gather at high tide to lob handfuls of bread into the sea, which is almost instantly churning with huge fish who fight for the scraps. The most common attendees: milkfish, mullet, catfish, bream, batfish and barramundi.

Kakadu is a park and World Heritage site 100 miles south of Darwin. It's probably most famous as the setting for the film Crocodile Dundee. But it is wonderfully memorable. Beautiful lakes, (I dived in, forgetting I still had my sunglasses on and my Oakleys sank to the bottom). The Aboriginal rock art was incredible. Best of all, this definitely was atmospheric, a trip up the remarkable Yellow Water Billabong, in a flat bottomed boat to see the crocodiles, buffalo and jabirus. 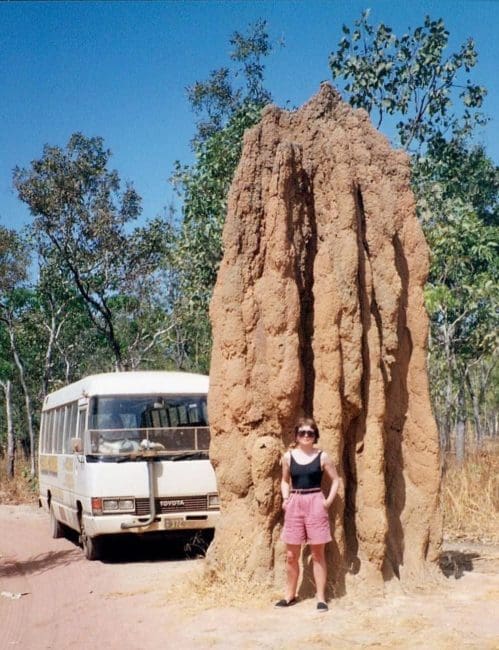 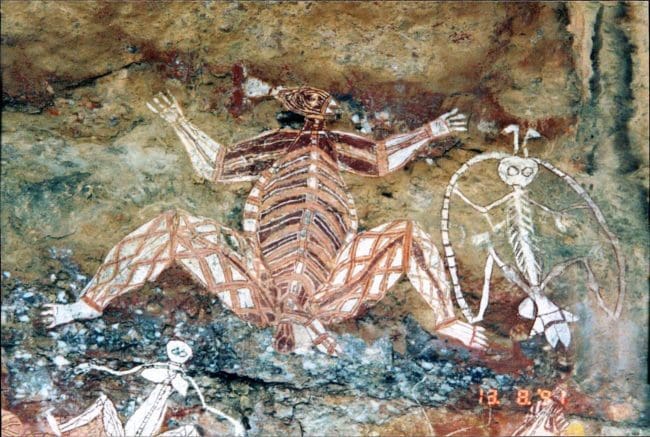 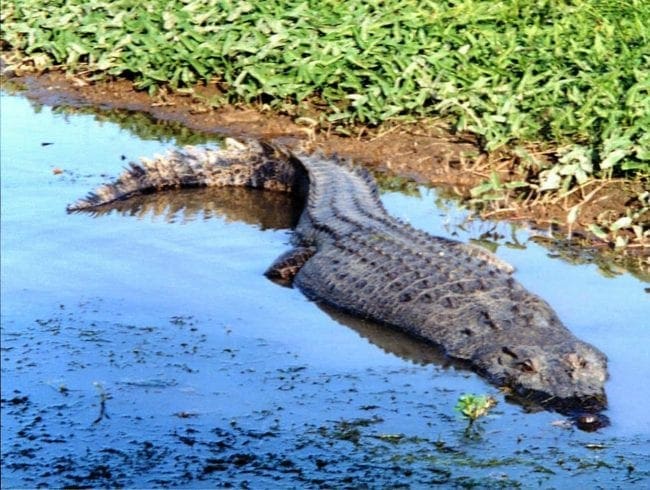 Cairns and The Barrier Reef 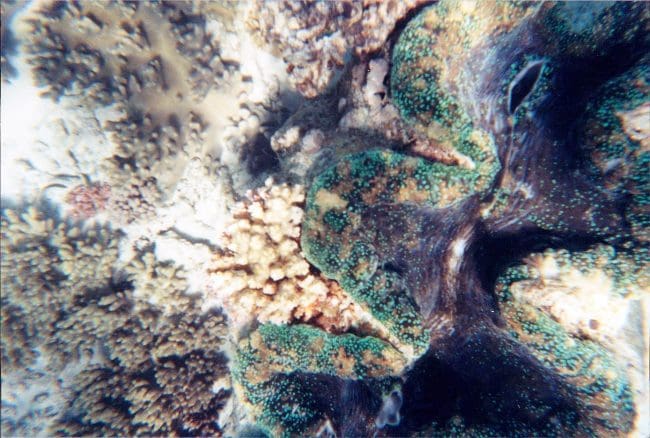 Cairns for an extraordinarily memorable day out on the Great Barrier Reef in a catamaran. My first proper snorkelling experience. I was so excited I forgot to come in for lunch. And it was seafood. Cairns is very much a seaside Come and Kiss Me Quick type of place. But I managed to acquire a taste for Fosters while I was there. I’ve never been one for bitter beer. 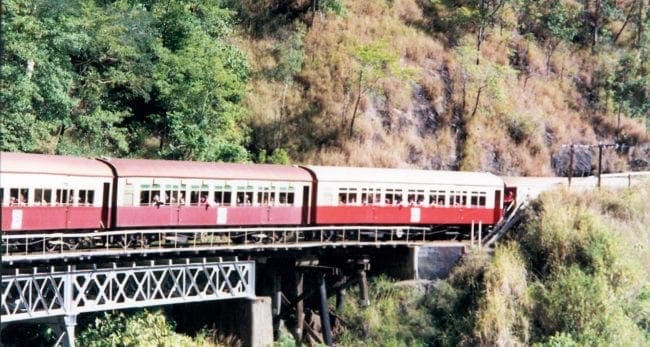 Side trips up to Port Daintree. Where the rainforest meets the ocean and there are huge salties in the river. And the Kuranda Scenic Railway from Cairns ascending the Great Dividing Range to Kuranda at the top, in the Atherton Tablelands. 15 tunnels and over 37 bridges.