After my last retreat at Gardoussel in Gard, one of the group, Nico, drove me back to his home city of Toulouse, for a short visit. It was a very pretty trip, across the mountains and valleys of the Massif Central. Perhaps the highlight, was the village of Sainte-Enimie in the centre of the Gorges du Tarn. Its website boasts that it is ranked among the Most Beautiful Villages in France, It belongs to Les Plus Beaux Villages de France association. There's no shortage of steep cobbled streets, old squares, medieval buildings, boutiques and charming cafes, Uptop, a sixth century monastery (now a college) .

There's even a medieval legend to explain the town's name, told by Bertran Carbonel, a troubadour of Marseille. The short version tells how Princess Enimie wished to dedicate her life to God, while her father wanted her to get married. So, she asked God to mask her beauty. He answered her prayer and gave her leprosy. After several attempts at cures an angel told the king that she would be healedif she went swimming in Burlats near the Tarn. This she did - it was a long way away. But as soon as she left the area the illness returned. It became clear that Princess Enimie was to stay here and evangelize the region. She founded a convent (later joined by the monastery) in the process. 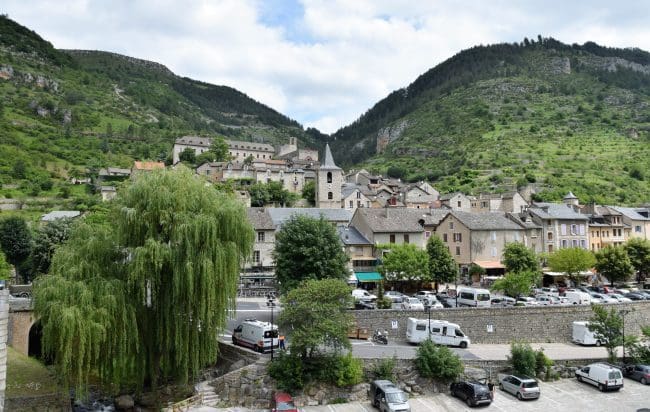 Next stop, Albi, It's the capital (or prefecture) of the Tarn department, on the river Tarn. It is the seat of the Archbishop of Albi and its inhabitants are called Albigensians. Wikipedia tells me that the grimly austere cathedral (which soars above us), claims to be the largest brick building in the world. It was begun after the Albigensian Crusade in 1282, but it took 200 years to complete. It doesn't feature on any of the largest brick building lists that I pull up. (To my surprise, three buildings in England do, however).

The episcopal city, around the Cathedral Sainte-Cécile, (as well as the church), was added to the UNESCO list of World Heritage Sites in 2010, for its unique architecture. Everything here is on a colossal scale, built in Languedoc-style red brick. This includes the Musée Toulouse-Lautrec, dedicated to the artist, who was born in Albi. Even the shopping streets are lined with four storey terracotta brick apartments. 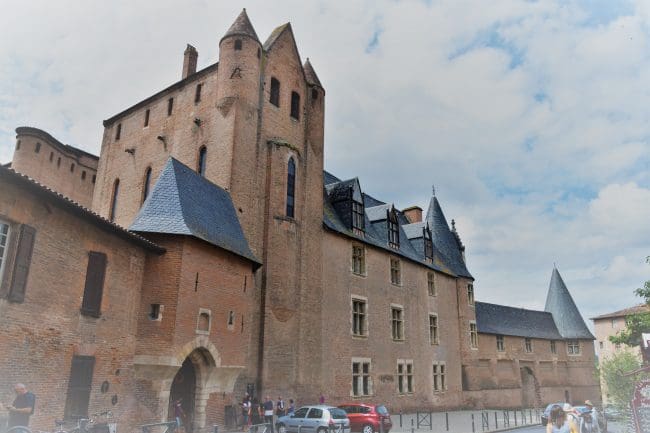 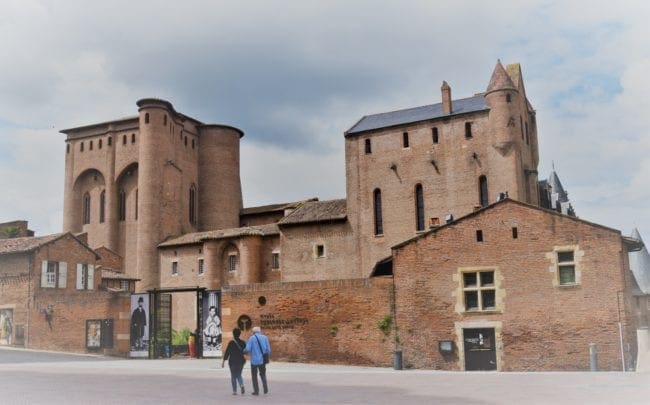 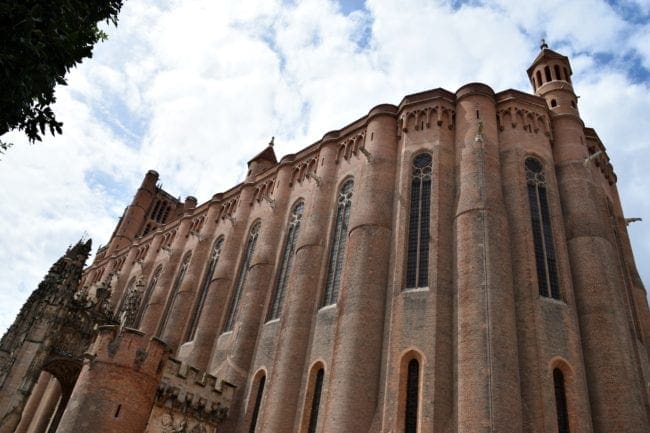 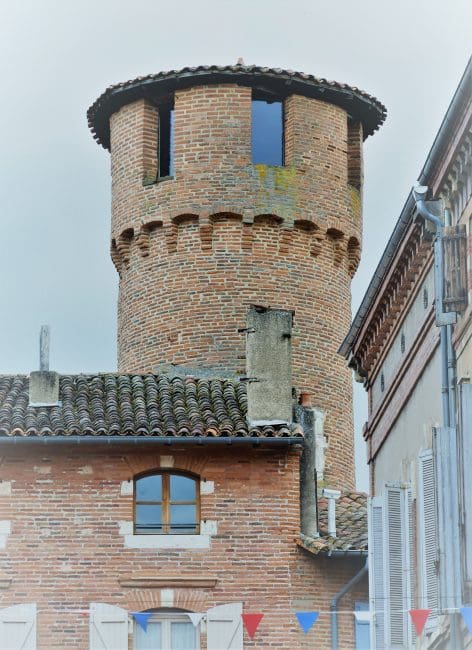 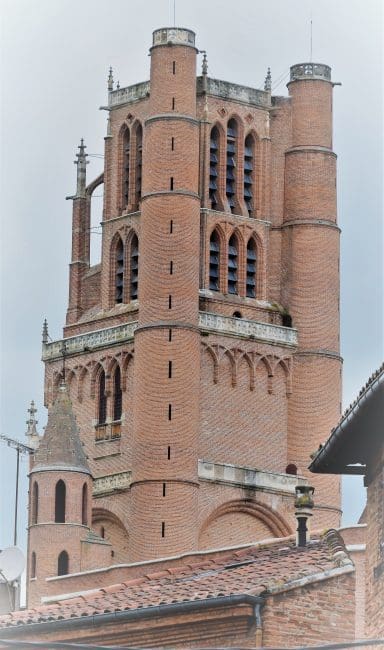 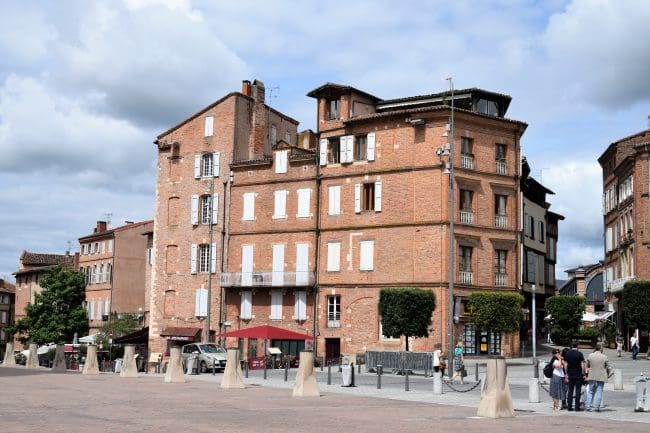 It's another 85 kilometres south west to Toulouse. This is the fourth largest city in France, prefecture of the French department of Haute-Garonne and of the larger region of Occitanie. It's a fast growing city, apparently rated the most 'dynamic' in France. One reason, is the European aerospace industry, mostly based around the airport. From my plane out, I can see the headquarters of Airbus, and there are numerous other air and space originations here.

The University of Toulouse adds to the growth, atmosphere and prosperity of the city. The university is one of the oldest in Europe. (founded in 1229). Today there are almost 140,000 students. 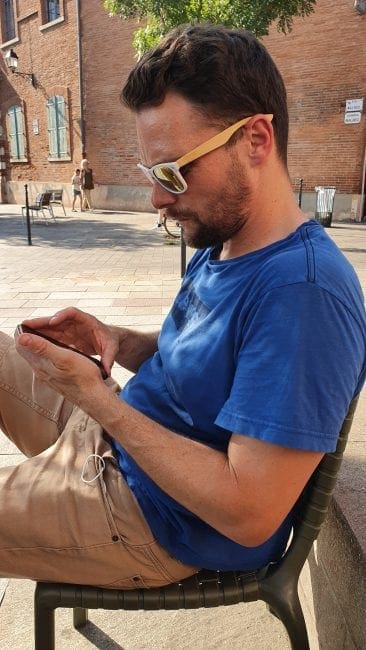 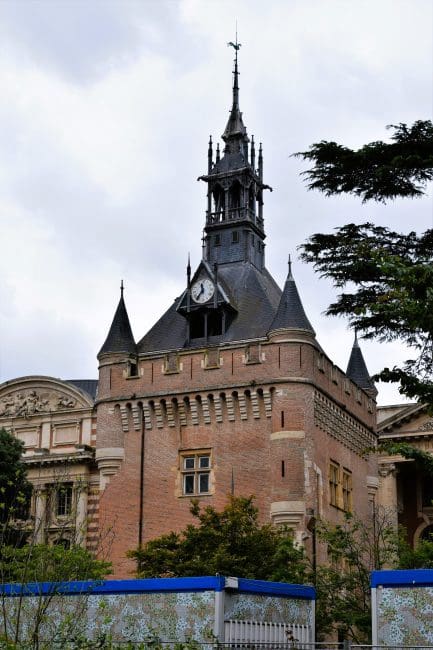 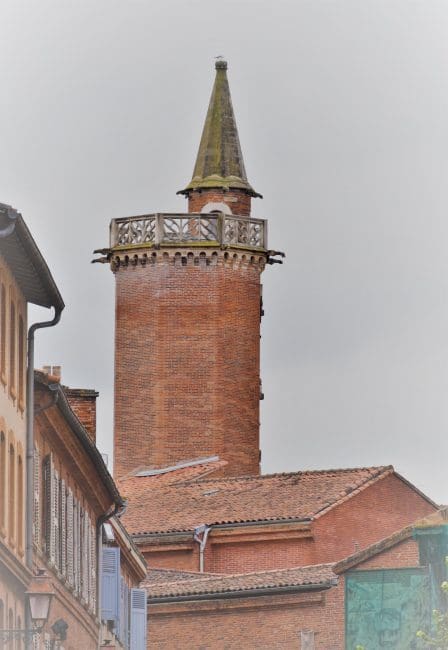 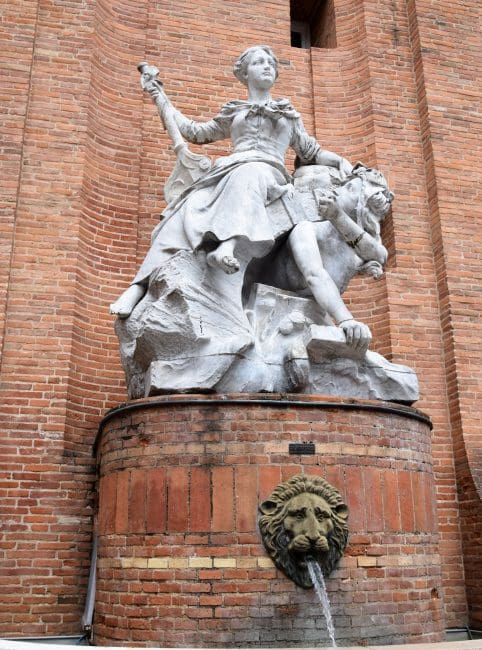 Toulouse straddles the River Garonne. It's built of the same coloured brick as Albi. The "foraine" brick is characterised by its large dimensions, its flat appearance and its colour, ranging from orange/pink to red. When the light catches it, it seems pinker, duskier. At other times, other sunset shades intrude. It was expensively imported from the Pyrenees, on the Garonne. Whatever, Toulouse has been dubbed La Ville Rose - The Pink City.

There's plenty to stroll around and see and a metro to get you easily to the outer reaches. Toulouse has a cobbled historic centre and counts three UNESCO World Heritage Sites: a share in the Canal du Midi, the Basilica of St. Sernin, the largest remaining Romanesque building in Europe, and the former hospital, Hôtel-Dieu Saint-Jacques. (because of their significance to the Santiago de Compostela pilgrimage route). 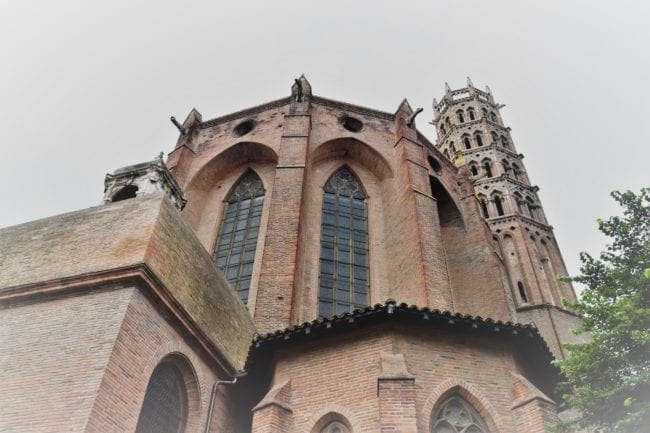 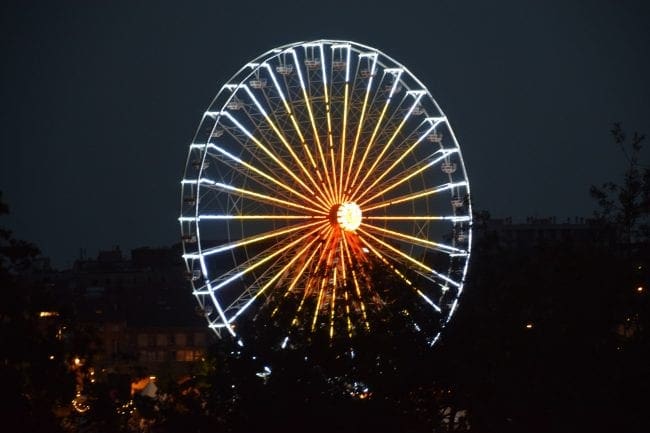 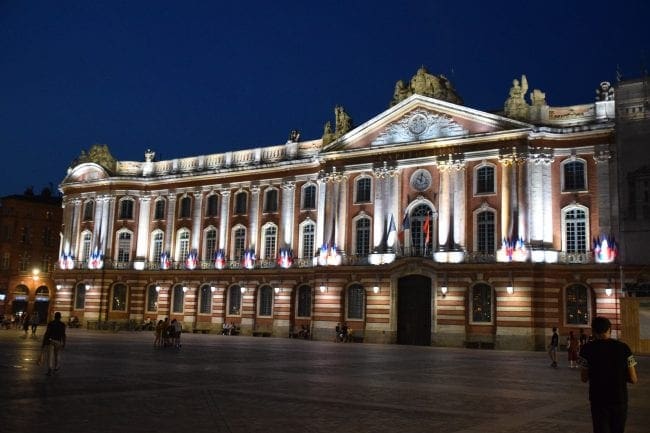 But everything starts at the Place du Capitole, the old square at the heart of the city. The grandly neoclassical Capitole Palace is illuminated at night. In addition to the Basilica of St. Sernin (a martyrred saint who was tied to a bull and dragged down the Rue du Taur (the Street of the Bull) in 250 A.D.), there are plenty of other churches to admire. The thirteenth century Cathedral of Saint-Étienne (Saint Stephen) and the Convent of the Jacobins (13th century / early 14th century) is ranked with Albi Cathedral, as the pinnacle of Southern French Gothic architecture. Like the Albi Cathedral it is huge and forbidding, relieved by an adjacent Pisa like tower. Saint Thomas Aquinas is buried here.

Unusually, there is also a range of architecture represented, from the Romanesque of the twelfth century, right through to modern day plate glass. The grand mansions date mainly from the 16th and 17th centuries (some house museums). This was a very wealthy period in the history of both Albi and Toulouse. The pastel trade (import of woad dye) was booming. And because of the students, there are plenty of reasonably priced eateries and lively watering holes too, Though, you can burn a hole in your pocket at upmarket establishments if you want.