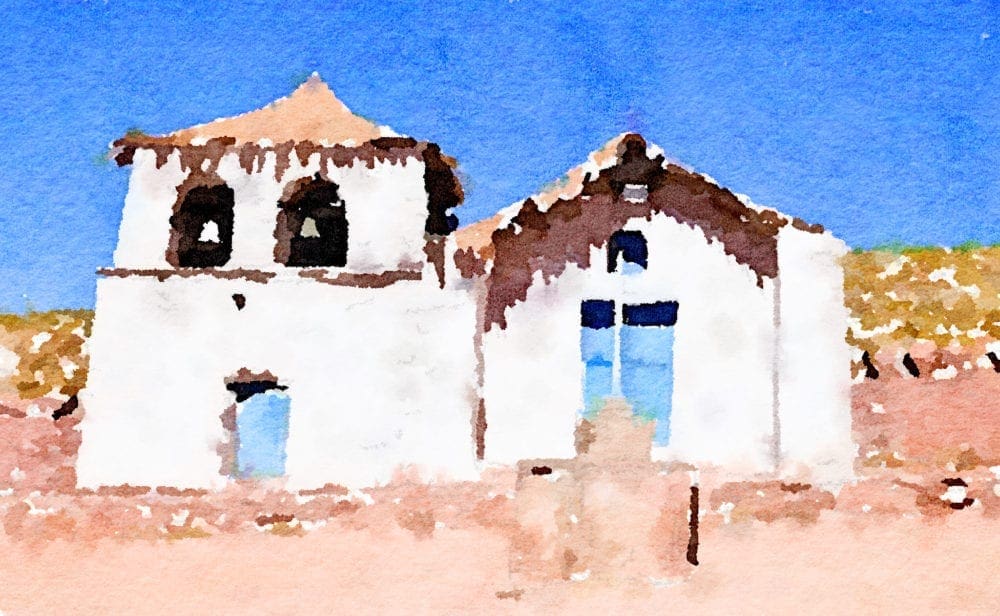 I wake to an incredible view of the Andes of Chile, snow spattered. The plane is descending, before commencing a sharp, and slightly alarming, ninety degree turn into Santiago, just the other side of the mountain range; there isn’t much space between me and some of the frosted peaks I’m eyeballing. We pop, not entirely smoothly, over some glistening salt pans, before coming into land.

Santiago airport is both surreal and uncomfortable. Surreal, because the loudspeakers are blaring out Christmas carols, mainly in English. Uncomfortable, because packing for climatic extremes: desert, Caribbean and Antarctica on this trip, has been fiendishly challenging. I’ve finally decided that being too hot is preferable to being too cold and travelled in my parka, Ugg boots and fleece, after stuffing my case to the maximum limit. So, I’m sweltering in the thirty-degree heat. What’s more, my cabin bag has developed a mind of its own and keeps keeling over. So far, it’s taken out a display of bottled water and an unsuspecting toddler.

Unsurprisingly, I’m on the receiving end of raised eyebrows from the Chilenas. It doesn’t help that the check in clerks and immigration officials are struggling to understand my native tongue. My rusty Spanish is going to have to improve speedily if I want to have any conversation in Chile. Unless I content myself with listening to the music, of course.

Immigration is quiet and the queue very short. One of the operatives has closed her window and is using her phone to photograph girls in bikinis from a catalogue. I’m not convinced this is a work-related activity. I’m also wondering what the Australians have done to upset the Chileans. Whilst everyone else gets in free they have to pay a $116 before they’re allowed to enter.

My next plane heads to Calama, reversing the route I’ve just taken into the capital, and skimming the mountains again. If anything, the outlook is even more stunning, zebra striped ridges running to the horizon, teeny turquoise lakes perched aloft. Travelling north, the landscape flattens, cinnamon tinged with sage, dotted with huge crinkly salt pans.

My first port of call proper is San Pedro de Atacama, an oasis in the Andes foothills. The little town is presided over by the perfect volcanic cone of Mount Licancabur and the desert from which it takes its name is the driest in the world.

San Pedro is awash with white minibuses, mostly plying the same tourist routes. I’m in a group of five, with a guide called Melina and an excitable trilby wearing driver, Christian. My companion travellers are two couples, Chilean and Spanish, both on honeymoon. The guide’s comments about the Spanish invasion, while she’s explaining the history of the region aren’t going down too well with the Spaniards. It makes a change from being under fire for British colonialism.

San Pedro is at an altitude of 2500 metres and we are climbing up to 3500 metres in the Domeyko Mountains for our first outing. It’s an extraordinary lunar landscape, the distant Andes an ongoing beautifully contrasting backdrop. Much of the Atacama Desert here is starkly arid, but nearer town, the road is lined with yellow grass clumps. giving the hills a golden hue. Groups of sleeping sheep turn out to be huge cacti pincushions, known here as mother-in-law’s plants, far more vicious than our mother-in-law’s tongue.

First stop, petroglyphs at Yerbas Buenos. These are mainly drawings of llamas and shaman, rays emanating from their heads. I’ve yet to learn to appreciate petroglyphs, even though I know they’re ancient. Or relatively so in the case of these –depending on who you believe they are either 10,000 years old, or 1500 years old or 600 years old. Whatever, the contrasting starkness of the rocks against the sapphire of the sky, chasms, bridges, caves and peep holes is more interesting.

Rainbow Valley, though not exactly rainbow - mainly tones of green and brown - is worth the trip to North Chile alone. The towering rock formations are stunning - pistachio ice cream dribbling chocolate sauce.

I’ve just read an article that says I should leave Rainbow Valley to the end of my stay here because of the high altitude. Onwards and upwards. Time to sit by the pool before my next excursion. Nothing is arranged during early afternoon, as it becomes very hot. And besides it’s obligatory to visit most of these sites at dawn or dusk, in order to get the best light.

The Lunar Valley of Chile

I’ve said that the desert here in Chile looks like the moon (or how I imagine the moon to look), but my next stop is actually called Lunar Valley. It’s a huge bowl containing a steep walled amphitheatre and a multitude of incredible spindly rock formations. Part of this is known as ll de la Valle de la Muerte ( Death Valley), which might be appropriate, though it's thought this is actually a corruption of Mars Valley, in reference to the reddish formations. So, unsurprisingly, celestial metaphors abound.

We are surrounded by giant sand dunes and Toblerone ridges, snaking out in all directions. We ascend a path running alongside the Duna Major. It’s an assault course type work out - it’s sandy as well as being at altitude. The toilets at the bottom are closed and there’s no cover at all. But the unique panorama at the top is definitely worth it. We’ve just beaten the crowds. The file of folk struggling up the hill is growing steadily.

I’m told it’s low season in San Pedro. When it’s really busy there are a thousand people standing on the top of the dune alone. There are several more lofty miradors with views across the whole landscape, each of them charging for entry. Nothing is free here. But at least they’re more accessible, though It’s cooling down as rapidly as it heated up and there’s a wind whipping up too. The tiny particles it’s carrying are painful. No wonder there is so much erosion.

The sunrise rule has been applied with a vengeance today. And summer timetable has just come into force, so I’m picked up at 4.30 a.m. to see the Tatio geysers. Not only do they look good at sunrise, the blurb says, but they only erupt properly at this time of day. Thank goodness my body clock is still on English time.

El Tatio is the third-largest geyser field in the world and the largest in the Southern Hemisphere. (Take that New Zealand.) The geysers are all named after the nationalities of people who have fallen in and died: Geyser Belgium, Geyser Italia. And even more morbidly, Geyser Killer. The owners have at least walled in the deadliest of the eighty or so spouts, curls of steam rising high into the sky wafting sulphur. There are some reflections in the pools, but it’s prettier when the sun rises, and the columns are framed by an azure sky. However, the pre-departure information is accurate. They’re indeed all dying down as the sun climbs over the mountains. It’s 4.300 metres high here and the rapid ascent is taking its toll today.

I’m feeling nauseous and giddy. If I’m not careful they’ll be naming a geyser Britannia next. The climate is schizophrenic. The fumaroles are bubbling scalding water from salt encrusted funnels and there’s ice on the ground. It’s hard to know which is which. It’s minus eight degrees at the moment and I’m so glad I brought all my togs. Swimming is on offer, in a thermal pool, but dizziness and cold air don’t promise an enjoyable experince and the pool is already rammed with tourists.

It was pitch black on the way up, and anyway I was attempting to doze then, so the scenery on the descent is another welcome surprise. There are more golden tinged peaks, narrow winding passes and a wildlife bonanza: foxes (Zorro of course) vicuña, rheas, a multitude of waterfowl in a patchwork river valley and flamingos on the salt pans.

A final unexpected stop turns out to be a highlight of this excursion. Cactus Valley is an absolute gem of a walk, through giant six-hundred-year-old cacti to a bubbling waterfall. All that and it’s not even noon.

The San Pedro finale is a visit to the Los Flamencos National Reserve. Here there are lagoons lying over the Salar de Atacama, the largest salt flat in Chile. The wind is balmy and the atmosphere tranquil. The flamingos put on a good performance with their synchronized mating rituals, wading in pairs, their heads dipping as they sieve the water, or abruptly take off, candy floss and liquorice wings fluttering. A lone male does his utmost to attract attention, waggling his wings and stiffening his neck, but to no avail. Eventually he folds his coral pink head under his wing and sulks.

The Atacama Desert of Chile truly has everything.

The Road to Uyuni - Chile to Bolivia

Round the back of Mount Licancabur to the border post with Bolivia. The immigration service of Chile has been taking tips from the Chinese. I’m made to get back into my van because I haven't been given permission to get out. The toilets aren’t working either. On to Bolivia.