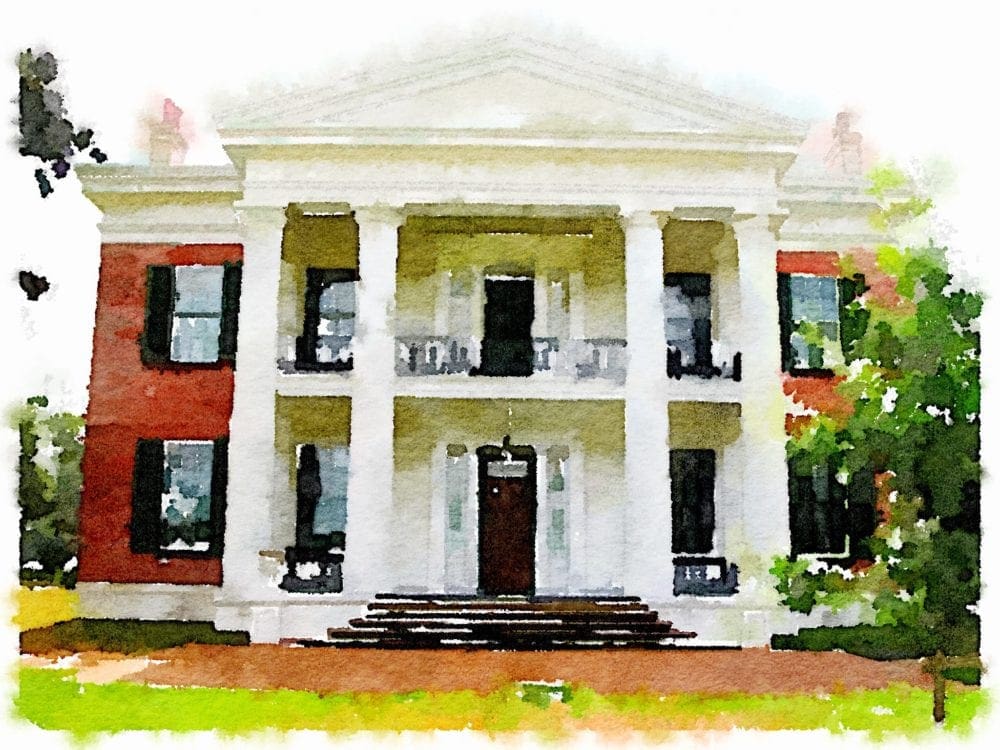 U.S.A. - Rhythms of The Southern States

The term Deep South refers to the seven southern states that seceded from the United States and originally formed the Confederate States of America. In order of secession they are: South Carolina, Mississippi, Florida, Alabama, Georgia, Louisiana, and Texas. They are of course the states most dependent on plantations and slavery during the early period of United States history. They're also known as the Cotton States, since cotton was the primary cash crop. They are irrevocably linked with racial tension, and the American Civil War, romantically depicted in the glorious Gone with the Wind.

I'm touring five of these, by car, with Alex, and throwing in Tennessee for good measure. This can't escape being a music tour too. I'm beginning and ending at Atlanta, Georgia. Hartsfield–Jackson Atlanta International Airport has been the world's busiest airport by passenger traffic since 1998. It's fun watching all the planes dive in and out, three at a time.

North to Nashville, the capital of of Tennessee. Nashville seceded with Tennessee during the American Civil War, after the initial seven states. In 1862 it was the first state capital in the Confederacy to fall to Union troops. Nowadays it's better known as home to numerous legendary country music venues. There's the Grand Ole Opry House, home of the famous “Grand Ole Opry” stage and radio show in a very green park. Close by, the Opry Mills mall, complete with boating lake and a restaurant that seems to be built inside an aquarium.

Downtown, are the Ryman Auditorium (a former home of the Grand Ole Opry), and The Country Music Hall of Fame and Museum. The latter takes some time, exploring the dedications to the inductees. Patsy Cline seems to be the favourite. The surrounding District, also features the Johnny Cash Museum, and more interestingly. honky-tonks with live music. It's not all country music. There's a BB King's too.

On to Memphis, the largest city on the Mississippi River, where a paddle steamer trip on the Rolling River is obligatory. We're a bridge away from Arkansas. Memphis played a central role in the slave trade and it's home to Tennessee's largest African-American population. It has been prominent in the American civil rights movement and was the site of Martin Luther King Junior's 1968 assassination. Its roots mean that it is also the place to find plenty of music: blues, country, rock and roll, soul, and hip-hop. World famous Beale Street is hopping with live bands (there are music stands in the parks too) - and motor bikes.

Anyone who has listened to Paul Simon singing knows where Graceland is. Actually, the mansion owned by Elvis Presley is about nine miles from Downtown Memphis. Elvis died in 1977 and Graceland was opened to the public as a museum in 1982. Graceland is popular I you have to book. it's the most-visited privately owned home in America, with over 650,000 visitors a year. It was the first rock and roll site to be listed in the National Register of Historic Places and to be designated a National Historic Landmark.

It's stuffed with Elvis memorabilia and kitsch. As are the local hotels, themed to the nines. We're staying in The Heartbreak Hotel, which has, of course, a heart shaped pool

South, into Mississippi on the Great River Road. This All-American Road has already traced the course of the Mississippi River for a large part of its 3,000 miles through 10 states. This is the second longest river in the USA, after the Missouri though according to some that's a tributary (of the Mississippi).

The river meanders, but it's quiet and, apart from the odd bridge and village is sadly, not hugely interesting. However, this is is definitely planation country. By 1860, Mississippi was the nation's top cotton-producing state and slaves accounted for 55% of the population. Its low hills are dotted with elegantly restored antebellum plantation houses. Antebellum means 'before the war'. These are grand places to stay.

Natchez, on a bluff above the Mississippi River, is a treasure trove of scenes from Gone with the Wind - wedding-cake mansions, mint juleps and Southern food. I've experienced gracious hospitality and been offered grits (don't bother) but I haven't been called 'honey-chile' yet. There are 550 pre- Civil War structures standing here. Some are open for tours, but we've opted to stay in one. Monmouth Plantation House, now Inn, was built in 1818. The main opulently swagged mansion, with its period furniture. is set in 26 acres of manicured gardens containing seven outbuildings, also used as lodgings.

Into Louisiana. It takes an age to reach New Orleans, driving across the flat causeways of the bayoux, (singing along with the Carpenters).

Founded in 1718 by French colonists, New Orleans was once the territorial capital of French Louisiana before becoming part of the United States in the Louisiana Purchase of 1803. It is unique, iconic, world-renowned for its laid back lifestyle, distinctive music, Creole cuisine, unique dialects, and the annual Mardi Gras carnival. This is why it's also known as The Big Easy. The historic heart of the city is the French Quarter, known for its French and Spanish Creole architecture and this rewards wandering. There are balconies, chic cafes and horse carts galore. and of course, the landmark St Louis Cathedral. Built in 1720 on the banks of the Mississippi, this is the oldest cathedral in North America - positively ancient. Here, the street beginning with a B that's famous for vibrant nightlife is Bourbon Street. A jazz club in this area is a must.

East, through the strip of Alabama that manages to reach the coast, around Mobile, the state capital. Here, it borders the Gulf of Mexico and Mobile Bay. There are more wetlands but these give way to stretches of long, sandy beaches. This is an up and coming tourist area with several deluxe golf courses.

We're passing up on those and continuing to the Gulf beaches of Pensacola in Florida. Pensacola is the westernmost city in the Florida Panhandle. It's also the site of a United States Naval Air Station, For some reason Pensacola has endured a series of nicknames. It's been called "The City of Five Flags", (due to the five governments that have ruled it during its history: Spain (Castile), France, Great Britain, the United States of America, and the Confederate States of America), "World's Whitest Beaches" (due to the white sand of Florida panhandle beaches), "Cradle of Naval Aviation", "Western Gate to the Sunshine State", "America's First Settlement", "Emerald Coast", "Red Snapper Capital of the World", and "P-Cola". Take your pick. I'm settling for "World's Whitest Beaches", though the sands are very quiet today.

Skirting the top of Florida. through the state capital, Tallahassee and enduring the traffic of far larger, more congested, Jacksonville. Then north to Gone with the Wind country proper. Savannah's cobbled downtown area, is one of the largest National Historic Landmark Districts in the United States. Manicured parks, more antebellum architecture. more horse-drawn carriages and more river boat trips on the Savannah River. There are several brick forts to admire on the way.

Hugging the coast of Georgia and just popping over the border to South Carolina and Charleston. More manicured parks, more horse-drawn carriages and even more antebellum architecture. Not as quaint, as Savannah, but more liveable. And another brick built defence - Fort Sumter. Although the fort, built on an artificial island protecting Charleston, was never quite finished. Its construction was prompted by the 1812 British invasion of Washington by sea. However, it was still incomplete in 1861, when exchange of fire here, began the American Civil War. It was severely damaged by the war, and left in ruins.

Gone With the Wind

Back to Georgia and Atlanta. Atlanta was originally founded as the terminus of a major state-sponsored railroad. Its name derives from that of the Western and Atlantic Railroad's local depot. General Sherman famously burned most of the city to the ground, during his March to the Sea, in November 1864, toward the end of the American Civil War. Today its the state capital of Georgia, an economic hub and home of Coca Cola. It's development and diversity is promoted in the Netflix reboot of Dynasty, which relocated from Denver to Atlanta. There is a monument to education located north of Baker Street on Famous Peachtree Street in Downtown Atlanta’s Hardy Ivy Park. This is the Carnegie Education Pavilion, built using the façade taken from Atlanta’s first public library, paid for by Andrew Carnegie in 1901. Before this time only white men (and latterly women) had access to private libraries.

And, Atlanta is where Margaret Mitchell wrote the book. You can visit her home, which has been turned into a museum. And now it's time for us to go too. Tomorrow is Another Day....

Read more about the U.S.A. here