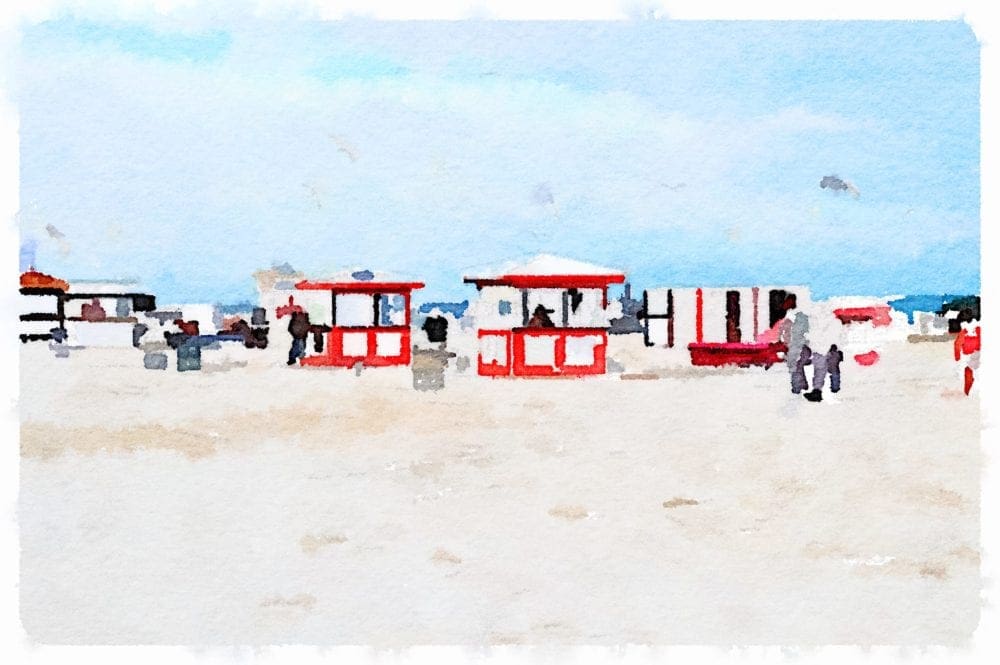 Miami is described as a 'coastal metropolis' on Wikipedia. It spills into Fort Lauderdale to the north. Miami is also a major tourism hub for international visitors, ranking second in the country after New York City. This might be because the Gulf Stream, a warm ocean current, runs just off the coast, allowing the city's climate to stay warm and mild all year. But it probably has more to do with its huge passenger port. Miami has been called the Gateway to Latin America and the Cruise Capital of the World.

Time to explore. The Downtown area has the third-largest skyline in the U.S. with over 300 high-rises. It's adjacent to the Miami Historic District which contains 60 historic buildings, mainly constructed during the Florida land boom of the 1920s.

However, I'm more interested in The Art Deco Historic District on South Beach. This is on a long thin peninsula - well almost an island - to the east of the main city. Miami has the highest concentration of Art Deco buildings in the world. But only just. These 800+ captivating buildings and structures, erected between 1923 and 1943. were almost destroyed by avaricious condo developers in the early 1970s. Their survival is due to Barbara Baer Capitman, who founded the Miami Design Preservation League in 1976. There are the characteristic curving corners, tiny arched windows, portholes and pastel blues and pinks interspersed with contrasting oranges, vibrant yellows, mellow greens and more.

It's not really hot enough to sunbathe in January, but the silvery beach, dotted with scarlet booths, is still beautiful and deserves a wander. The street stalls are cooking up delicious corn fritters and there's plenty of people watching to be done.

The Delano - As Hip As It Gets

And I'm in the Delano Hotel. Itself a world-renowned Art Deco spot, it was once the tallest building in Miami Beach. Today, it's an A-list haunt for celebrities and socialites looking to wine, dine and sunbathe. It’s about as hip as it gets. I got a good deal, so I’m in the coolest spot on the planet, relaxing with the beautiful people beside the pool bungalows and beds. It's more sheltered and enticing than the beach. And there are cocktails to be tested. We even get our own towelling bed cover.

And everything is white. My room has a snowy chaise longue and a walk in closet and the bathroom is all pristine marble. I don’t think Haiti will be like this.