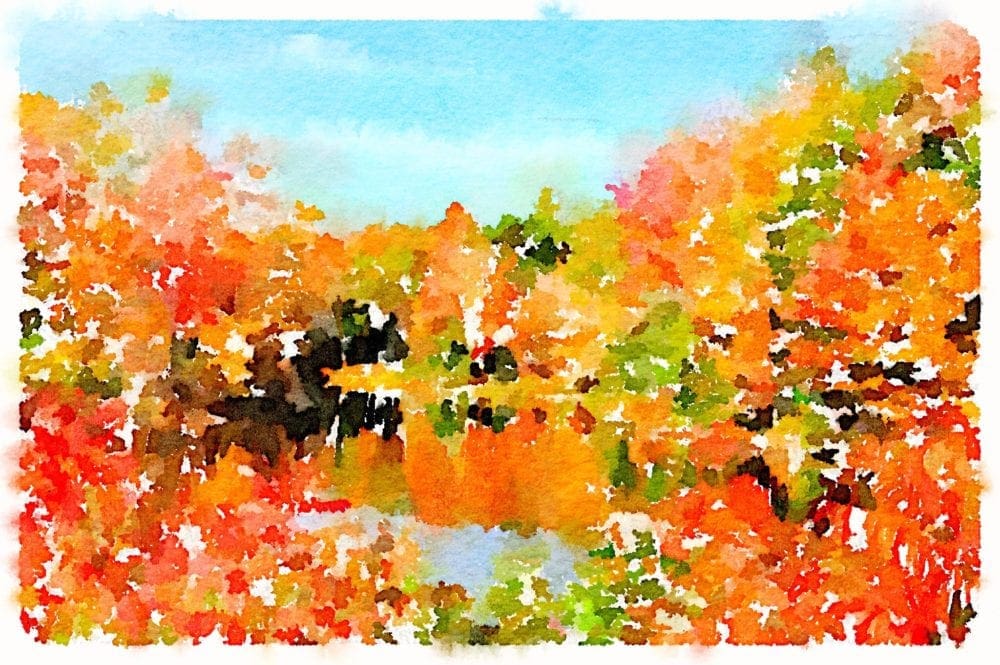 Fall colours in New England have been more or less on the top on my bucket list for a very long time. The timing and depth of the colours varies year on year depending on the weather, so nothing is to be taken for granted. I've researched for hours, trying to decide on the optimum time to come. and then to determine which routes give me the best chance of seeing something spectacular.

New England is a region comprising six states in the Northeastern United States: Connecticut, Maine, Massachusetts, New Hampshire, Rhode Island, and Vermont. It was named by English explorer John Smith in 1616, who was one of the founders of the very first English settlement at Jamestown in Virginia. He's probably more famous for (supposedly) being saved by Pocahontas. His name for the area was officially sanctioned in 1620.

Back in the USA - Massachusetts, Maine, New Hampshire, Vermont

The flight to New England from Halifax (over Nova Scotia) is encouraging - and very pretty. There are thousands of lakes surrounded by red tipped trees. But this is going to be a challenge. Let loose in a car all on my own, driving on the right. And the government have shut down in anticipation of my arrival. The budget hasn't been passed as the president is arguing with the Senate. I'm not sure if it will cause me any problems. I had planned to drive through a national forest. I wonder if they will close the roads?

The first hour is horribly hairy. Trying to get out of Logan Airport, Boston, is like being in a Kafka novel. Then there are a whole succession of roundabouts and left turns to challenge me. But I head across Massachusetts to Maine and then New Hampshire and into Vermont and boy, is it worth it. Indian summer has returned and by some extraordinary good luck (and research) I have managed to hit peak fall foliage.

Sunset is painted all along the verges and reflected in the still green water. There are towering walls of colour all through the White Mountain National Forest (and yes the roads are open). It is totally breathtaking, awe inspiring. So, I know what they mean now, when they say it makes your heart sing. I stop the car every five minutes to take photos, so the going is slow - eight hours driving. (I would have driven Tina crackers). My little Nissan isn't exactly the Mustang we had on Route 66, but it is easy to drive, doesn't use much petrol (sorry, gas) and has quite a few gadgets, like the nifty little reversing camera.

I set off from Stowe, the next day, now relaxed and confident about my driving and then realise that there is a car coming towards me on the same side of the road. Very rapid adjustments are necessary. I follow a road up the mountain to Smugglers Notch Park, past several ski resorts. Dense forest and a narrow mountain pass.

It takes two hours to drive ten miles I halt so often. As my next New England destination is 250 miles south, through the Green Mountain National Forest, I decide I had better get a move on. I have researched every scenic byway and foliage route that I can find and I drive them all, oohing and aahing as I go. They are generally pretty narrow and what with that and the photo stops it's even longer behind the wheel today. I can only just prise myself out of the car.

Berkshire county, Massachusetts, is not dissimilar to it's namesake, though pronounced differently of course; it's more rolling hills than mountains and more mellow than Vermont. Less red and more orange, but an incredible variety of hues. This seems to be rich retiree country, so perhaps it's appropriate, warm rather than vivid. Lots of English village names too, Stockbridge, Ludlow, Richmond, Putney, Chatham, (and then Interlaken oddly thrown into the mix).

Lenox is also New England postcard perfect, straight out of Stepford Wives  with its clapboard, verandahs and white picket fences. Churches with elongated witch hat steeples and town halls with little colonnaded domes. New England is definitely a land apart from the rest of the USA, mostly still in the nineteenth century and Laura Ashley pretty. There are even additional splashes of orange colour from elaborate pumpkin displays outside most of the shops and restaurants. I'm not sure if they are for harvest festival or Halloween as there are indications of both; some are definitely dual function. Whatever, they add the finishing touch to the postcards.

A final New England journey back to Boston, more scenic byways, fall festivals, yard sales, country stores displaying pyramids of pumpkins galore as I zip by, dipping into Connecticut and Rhode Island (I've realised I'm not far off having visited every state in the US - it will take one more trip to tick off every single one). I pop into a diner for a last nostalgic breakfast. It's chockablock - Saturday morning. The server there has to fetch an interpreter, as she can't understand my accent. Hash Eggs Benedict turns out to have corned beef in it. What is this messing about with a perfectly good dish? And there is a guy who shakes hands and says 'Hi, I'm Randy.' So this name actually exists?

It's a little flatter, a little less vibrant as I head south, fairly urbanised round Hartford. More English counties, Glocester(sic), Lincoln, some manic driving and a traffic jam to survive as I head back to Boston.

Americans seem to go mad on the Interstates near big cities. They all, to a man, exceed the speed limit, and they swerve about swapping lanes alarmingly, no quarter is given. One more minor drama as I am dispatched on the wrong bus to the Virgin terminal. When the driver and I realise that I'm still on the bus and he's finished all his drop offs he gets special permission to drive his solitary passenger half way round the airport to the correct point.

And here I sit. It's all over. I'm not sure I'm ready to come home yet, but what an utterly amazing trip. How lucky am I?