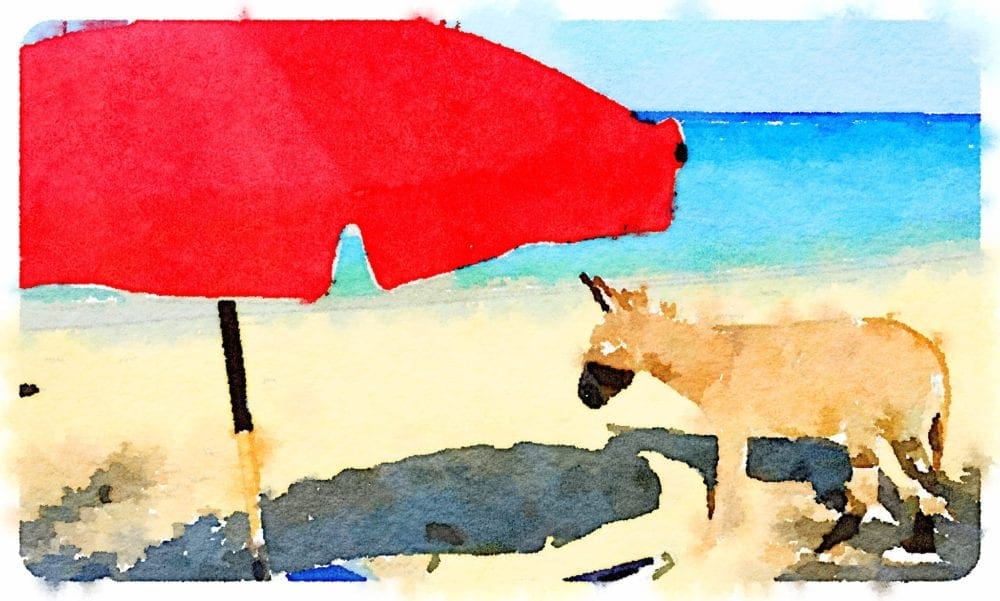 Turks & Caicos - The Best Beach Holiday in the World? - Circling the Caribbean 5

Getting to Providenciales, Caicos

Every day is different when you’re travelling. I chance my arm on a Caribbean airline from Port au Prince today to avoid going back to Miami. Inter Caribbean do a hop direct to Providenciales in Caicos. I am a bit wary after LIAT (Leave Island Any Time) last year. Check in isn’t reassuring, I have to wait an hour while they tape up a pile of cardboard boxes one group of passengers is carrying. Then I am, humiliatingly, weighed in full public view. And everything is written by hand on the back of some old A4 sheets. No departure gate. We are rounded up by the check-in- clerk in her aertex pink shirt and have to follow her in a queue round all the airport buildings to the little prop plane. The PA system won’t work and my window keeps clattering shut. The pilot is completely silent - I assume there is one. But we take off early and here I am.

An hour on a plane from Haiti and the planet is completely different. Providenciales in the Caicos Islands is pristine. Grace Bay here was voted Best in the World 2013 and I'm not going to argue with that too fiercely. It's similar to the Bahamas with the same deep turquoise sea and soft white sand, but much wider. For me, it's less picturesque, as it is lined with four storey (and more) high-end hotels, sunbeds and bars. The compensation is that the food and service are great – though the prices are high-end to match.

I decide to venture out to explore, but in my excitement I walk into the plate glass door on my balcony. So the afternoon is spent lying on a sunbed with ice on my nose instead. Dazed I fall asleep completely forgetting the sun cream. So now I'm bruised and red. It’s hard to tell which is which.

Another day another island and journey’s end - Grand Turk is reached. This island contains the capital, Cockburn Town (American pronunciation rules). It is seven miles long and has a population of almost 4,000. More idyllic beaches, but here all is shabby chic colonial clapboard. The land is almost flat except for a lighthouse holding sway up a little hill. There are countless little salt lagoons joined by causeways. The odd pink flamingo stretches his neck to search for shrimp and donkeys wander the streets.

It cries out for a bike tour, so off I go. It’s the bike without brakes scenario again, though it probably wasn’t wise of me to tell a policeman that was the reason that I didn’t stop at the cross roads. It’s still relaxing pedalling as the sun goes down (until I get lost anyway). The beaches are quiet except for the occasional rum shack and more donkeys; it’s so laid back it’s horizontal.

Except for when the cruise ships hit town; today my quiet little beach is heaving with day trippers all swilling as much rum punch as they can hold in their plastic ship’s bottles. I retreat to my room but a hammer drill is being employed to repair the suite next door.

There’s always a fly in the ointment. Talking of our six legged friends, I eat breakfast everyday with a tiny grey lizard who creeps onto the toast basket and obligingly hoovers up all the flies that are threatening to settle there. When he’s feeling bold he also samples the scrambled egg.

Evenings are delightful, and could be romantic, the breeze is as balmy as they come. The sea is at is best for evening swims and I join a ray frolicking with a parrot fish. At night the braying of the donkeys is at least a change from the barking of dogs.