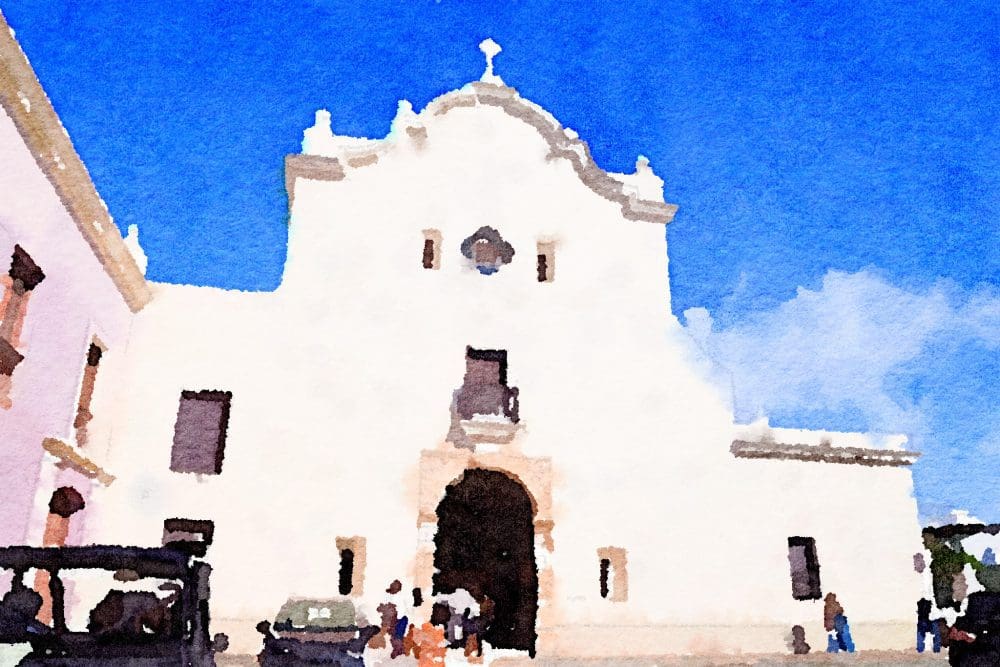 Last time I came to Puerto Rico it was a forced stop at the airport at San Juan, as my Avianca plane had developed an engine fault en route to Bogota and then Ecuador. It was the middle of the night and we weren't allowed to leave the airport (which was closed anyway). so, I'm finally back for a proper look. And I'm surprised. Puerto Rico is a fascinating mish mash of Spanish Colonial heritage, American culture, jungle, mountain scenery and glorious beaches.

Puerto Rico (Spanish for 'Rich Port') is not just one island, but a Caribbean archipelago, officially the Commonwealth of Puerto Rico. And it's an unincorporated territory of the United States. The islands, strategically situated on the trade winds route, were colonised by Spain as early as 1493, on Columbus’ second voyage. They were used as a vital harbour facility to establish their New World Empire.

Spanish rule led to the displacement and assimilation of the native population, the forced migration of African slaves, and settlement, primarily from the Canary Islands and Andalusia. The result is a very distinct Puerto Rican identity, a fusion of indigenous, African, and European elements lurking underneath American infrastructure.

The old city was built on the western half of a small island called the Isleta de San Juan, today connected to the mainland by two bridges and a causeway. My Air BNB guest house is slap bang in the middle of this area. I’m really glad I’ve waited to hire a car. The streets are jampacked and on Sunday afternoon nose to tail with day trippers’ vehicles. I can walk everywhere from here.

Massive fortifications. – walls and forts - surround a large part of the island city. This is the Malta of the Mediterranean. The largest forts are run by the American National Parks Service. They’re in charge of the trail that leads round the headland below the walls. There are great views across to the mainland and balmy breezes turning into  bracing wake you up winds as I head north to the Atlantic coast. The path clearing volunteers have also taken on the care of the city’s stray cats. There are hundreds of them emerging from the bushes, mewing hopefully.

The key fortifications are the  sprawling sixteenth-century Fort San Felipe del Morro, with its lighthouse and green spaces on the headland - kite (chiringo) flying is popular here in the ocean breezes - and the seventeenth-century Fort San Cristóbal, defending the hinterland. They are both part of the national Parks San Juan National Historic Site. Countless picturesque turrets demand to be photographed, not to mention gates, the Santa María Magdalena de Pazzis Cemetery, with its red domed church located just outside the city walls and La Princesa, the former jail.

There’s also  the 16th-century El Palacio de Santa Catalina, known as La Fortaleza, but that now  serves as the governor's mansion and the police won’t let you close enough to get a good look. That maybe because there were riots here not so long ago. The street used to have canopy of umbrellas but they were all burnt during the demonstrations

The Rest of Old San Juan

The very narrow streets in the enclosed city are a tasteful grey - blue rectangular cobblestone (Farrow and Ball would be proud) . They are edged with pastel houses, shops and bars. It’s very atmospheric. The balconies are festooned with Father Christmases and Wise Men, all mixed indiscriminately  together. There’s clearly no edict here about taking your decorations down by January 6th. There are statues of Christopher Columbus, it goes without saying. There’s also the elaborate façade of the Cathedral of San Juan Bautista (construction began in the 1520s). It contains the tomb of the Spanish explorer and settlement founder Juan Ponce de León. He was a volunteer on Columbus’ second expedition, led the first exploration of Florida  and wound up as governor of Puerto Rico. I saw Ponce de Leon's statue, standing in a square close by, but since I got home, it's been toppled.

Other buildings of interest predating the 20th century are the Ayuntamiento or Alcaldía (San Juan City Hall), the Diputación Provincial and the Real Intendencia buildings, which house the Puerto Rico Department of State (the Casa Rosa), the pretty San José Church (1523) and the adjacent Hotel El Convento ( the former house of the Ponce de León family, known as Casa Blanca), the Teatro Tapia, and the former Spanish barracks (now the Museum of Ballajá). Below the city walls, to the north, is La Perla, low cost housing for the original city workers. Latin music blasts out, as it does from most of the bars.

The other half of the Isleta hosts most of Puerto Rico's central government buildings, including the casino and the very grand Commonwealth Capitol Building. The Spanish  were forced to hand the islands over to the USA in 1898, after losing the Spanish-American War.

Puerto Ricans have been U.S. citizens since 1917, and can move freely between the island and the mainland. However, they cannot  vote for the president or vice president and generally do not pay federal income tax. Puerto Rico is represented federally by just one non-voting member of the House, known as a Resident Commissioner. Puerto Rico has had its own governor since 1952 and its political status is a matter of ongoing debate.

Literally camped outside here are some flag waving anti vaccination protestors. Opposite, is the Walkway of Presidents. A line up of bronzes of all the presidents who have held sway over Puerto Rico. It stops at Obama. I’m wondering if they haven’t got round to Trump yet, or if they’re just not going to.

It’s a fascinating and surprising walk, San Juan might be the nicest city in the Caribbean. I had no idea.

Down the hill, to the south, gigantic cruise liners. line the bay between the island and the mainland. There have been  a series of economic projects aimed at developing Puerto Rico into an industrial high-income economy. Tourism and hospitality, of course feature strongly. Whilst these have been successful 40 % of the population still live below the poverty line. (It’s 13% in mainland USA). The damage caused in 2017 by Hurricane Maria was extensive and an additional  set back. Covid is clearly not helping.

Each  side of the Isleta de San Juan are beach resort areas. Slightly grander ones to the west. I’m heading for Condado Beach to the east. It’s only a mile or so from the airport and has a long wide strip of deep golden brown sand . It’s exceptionally soft and  deep. Hotels, apartment towers, bars and chain restaurants back the beach. I’m staying in a BnB in a Spanish style low slung house, in a small residential street. It's encircled by said high rise blocks. The beach is just up the road.

The burger joint I venture into has well over a 100 brands of beer. There are three columns on each side of the menu and a build your burger card, that takes about 10 minute to fill in. I’ve also tried an Argentinian steak house. Grilled short rib and Manchego ice cream. Both are excellent.