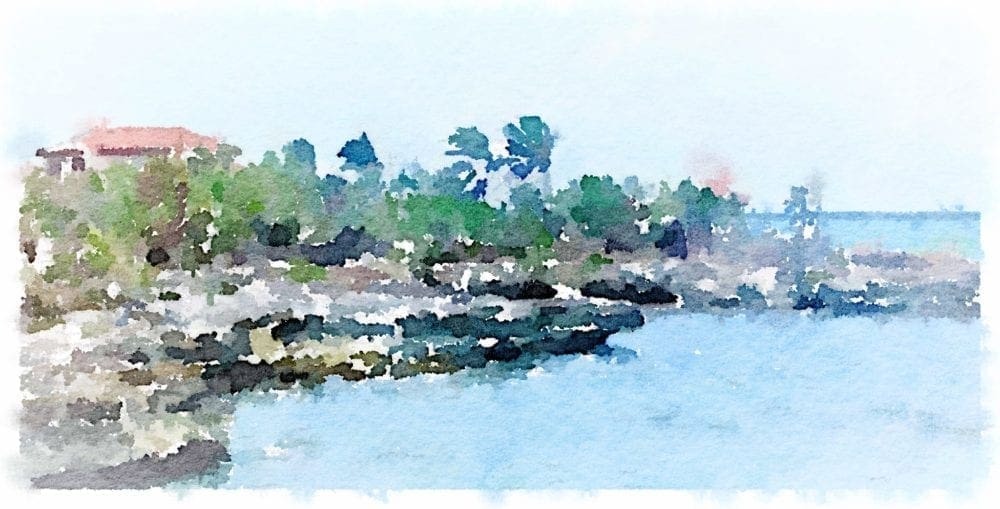 I've never been on a cruise before and am told I have to try it now I'm in Florida. So I'm off to Jamaica and the Cayman Islands. How to describe the cruise ship that leaves Miami ? It is as glittery and tacky as the Starship Enterprise. A floating Blackpool. The passengers aren’t exactly the upper echelons of American society. Imagine your average Jerry Springer audience and you just about have it right. And most of them would make two of me. The cause is fairly clear. There are mountains of food, sit down restaurants, sushi bar, burger bar, pizzeria, café, most of it open all day. They still pile their plates as if Lent is about to begin.

In order to cope I investigate the cocktail menu. Lime daiquiris are much too good. As is a green concoction called a sour apple martini. 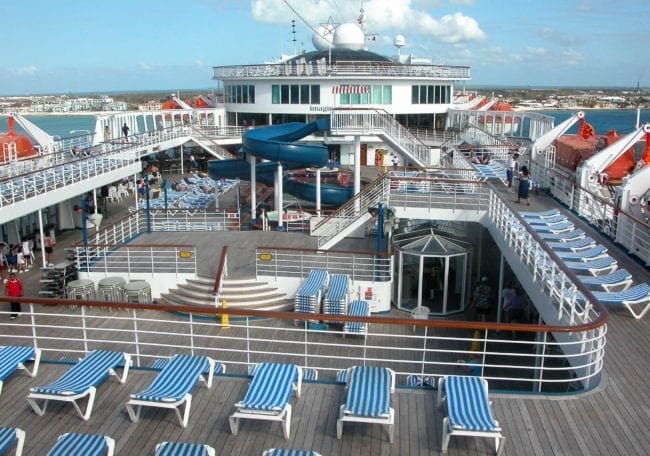 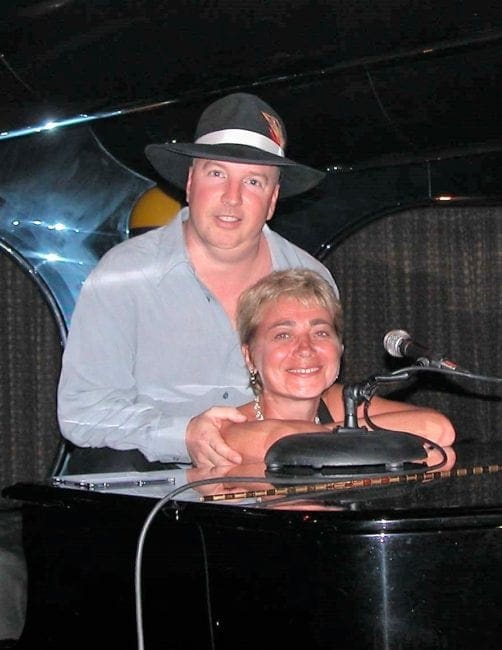 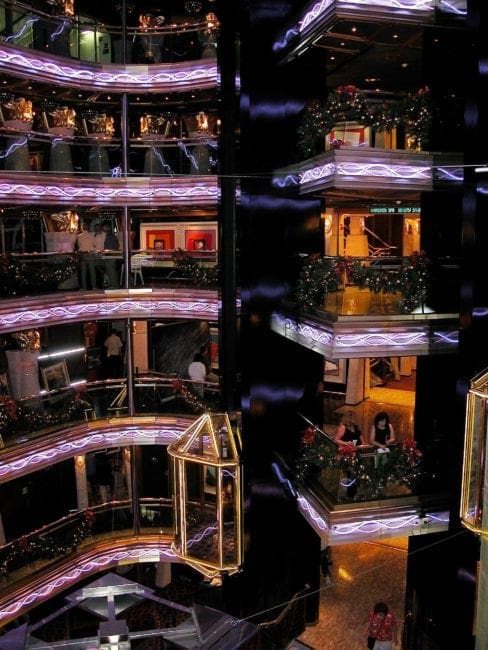 I 'm duty bound to spend most of my time in the piano bar, avoiding the Butlins style shows. My cabin (which is surprisingly roomy though right at the bottom of the boat)  turns out, unfortunately,  to be wired to the loudspeaker system, but we don't quite sink to hi de hi. There is room telephone too, which my table waiter Dennis, (Denzel Washington look alike) uses every night (against company rules) to call and ask if he can come and drink wine with me in my room. It's a case of 'Which part of no don’t you understand?'.

There is a posse of other single guys around, or rather men on their own, as rather too many of them, confess to being married under interrogation. So I hang out round the piano bar with melancholy Barry, the piano man from Wisconsin. After serenading me with Van the Man and Billy Joel he asks if I will go and visit him in Florida. He says he’ll drive me to New Orleans. 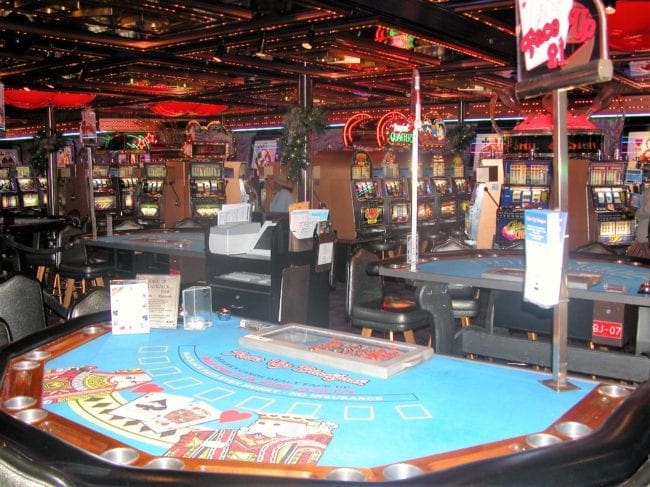 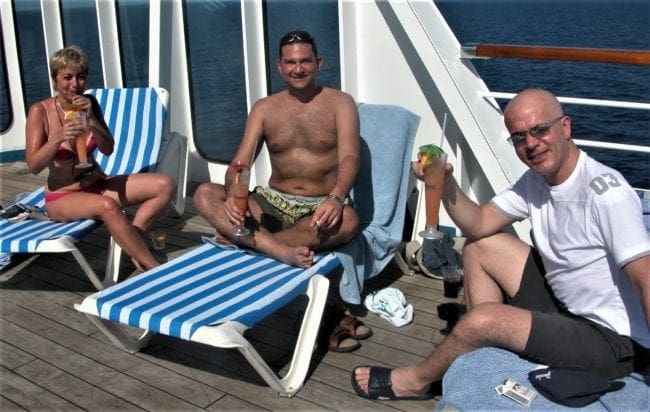 So plenty of opportunities – just not very inviting ones. I spend a lot of time stretched on a sun bed snoozing and hook up with the only other English people on the boat. Juan and Omar (OK I know they don’t sound English but they are), a couple from Dulwich. They had much the wittiest conversation, although to be fair the competition is not strong. Juan is totally shaved with two silver teeth in front, while Omar has gorgeous eyes and a very wide mouth that makes him look just like Zippy. On Friday they feed me so many cocktails of the day that I totally lose the afternoon. They are reeling a bit from the experience too. (The cruise that is).

The Cayman Islands are a British Overseas Territory, three islands in the western Caribbean Sea. Grand Cayman, the largest island, is known for its beach resorts and varied scuba diving and snorkelling sites. Cayman Brac is a popular launch point for deep-sea fishing excursions. Little Cayman, the smallest island, is home to diverse wildlife, from endangered iguanas to seabirds such as red-footed boobies. The territory is most well known, perhaps controversially, as a major world offshore financial haven. As a result of all these wealthy people visiting, Cayman is considered to be up-market and ultra expensive.

We're headed for Grand Cayman. I disembark from the ship and sit in a café in the sprawling capital of the Cayman Islands, Georgetown, waiting for my snorkelling boat. I can see my monster liner straddling the bay, alongside a couple of smaller  liners. An English resident, out for his constitutional, strikes up conversation.

'Which one is yours?' he inquires.

I blush and point. 'Ah yes', he says, 'we call those the trailer trash of the sea'.

Today, Cayman is miserable even in the sunshine. It's been  totally flattened by a very recent  hurricane; there isn't a a building with a complete roof left and the famous Seven Mile Beach is a pile of wreckage.

But the snorkelling is great. There's  a moray eel – fat and green, with huge eyes like Omar’s. Then we swim with the stingrays at Stingray City. They climb right up you, really soft and velvety and very tickly. We all squeak like crazy. 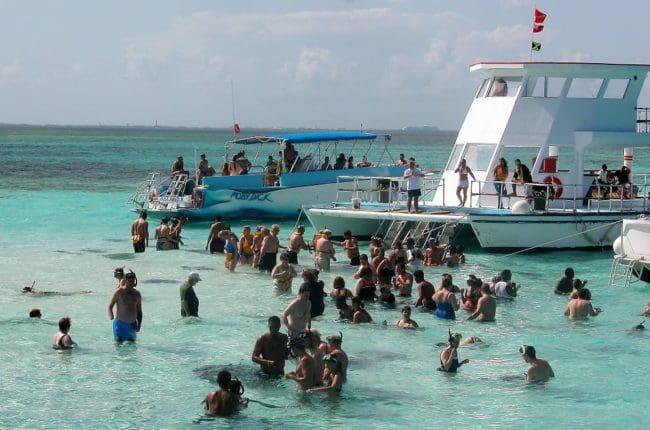 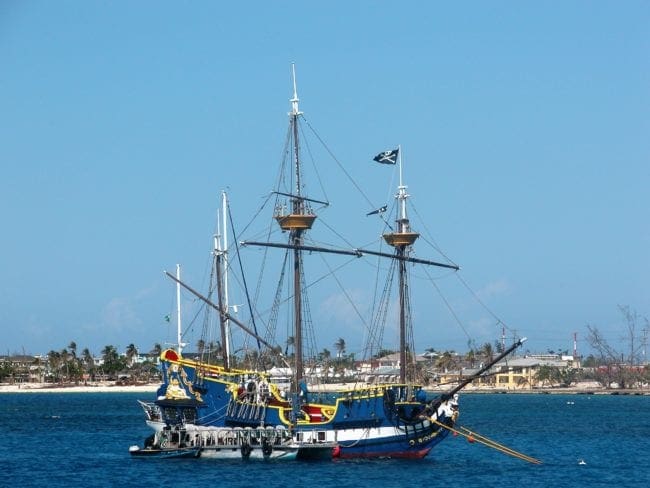 I can't help thinking of that old joke.

She did.  Though Bruce insisted that a cruise out of Miami was an unmissable experience.

Jamaica has a tropical climate and is famous for its mountains, rainforests and reef-lined beaches. It's economy is heavily dependent on tourism. But it's also famous as the birthplace of reggae music (its capital Kingston is home to the Bob Marley Museum) and the Rastafari religion. Read more about Jamaica here. 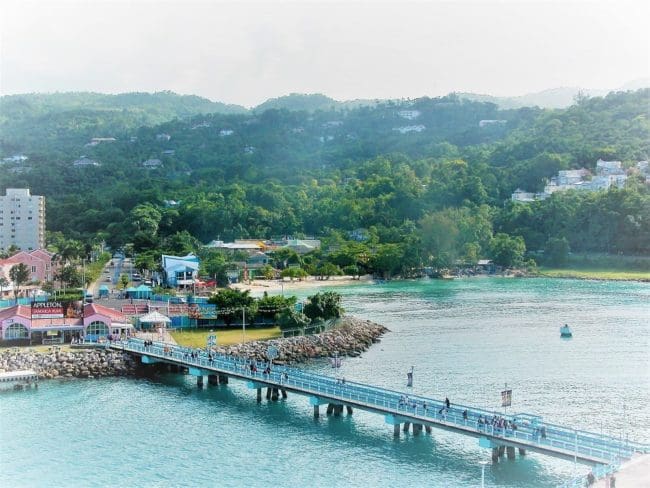 Ocho Rios is a port town on the north coast of Jamaica, described as up-market and safe (unlike some parts of the island). It's a former fishing village, transformed into a too busy cruise ship resort and a packed  bay beach.

There are Dunn’s River Falls to visit, but I'm told there isn't much water there and they're crowded, full of tourists slipping over.  The USP  is the scramble up them. And  I'm tired of the masses and the massive cruise ship organisation involved in arranging excursions, So, I've chosen to wander on my own this time. Before we landed in Jamaica the on-board entertainers  made us practise saying 'Yeah man'. On land it is more a case of 'Naw man'. The whole time I'm walking I'm offered  grass or I'm tapped up for education or hospital fees. Otherwise, it's a beautiful lush destination, with great beaches, but the snorkelling is mediocre. Cayman in reverse.