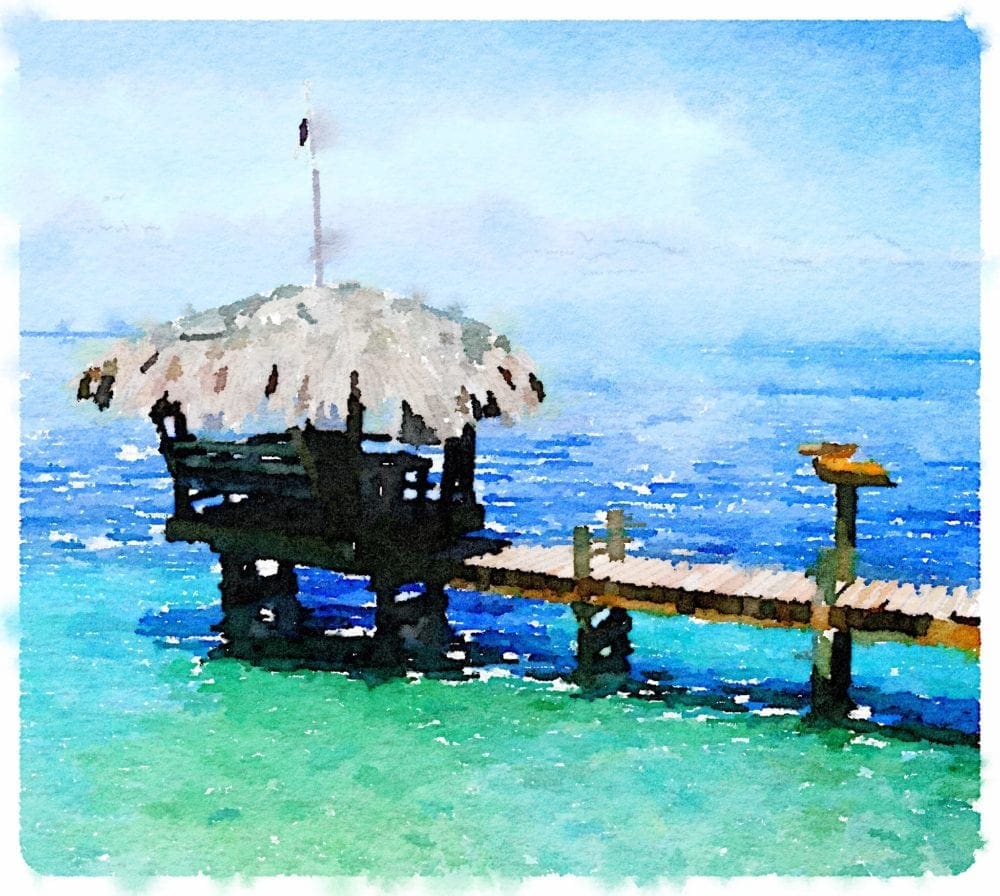 We cross the border from Nicaragua into Honduras and continue to the capital, Tegucigalpa (great name and our guide says ‘its ideal location must have made it a pleasant respite from the oppressive heat of the coastal regions’. Nevertheless it’s deemed too dangerous to visit). It’s a small airport and there’s some debate amongst the ground staff about which plane we will be taking. (Or whether there is actually a plane for us at all.) Eventually, we meander out onto the tarmac and I scramble onto the small prop aircraft that has been pointed out, just after the pilot. ‘Where are we going?’ he asks.

The beautiful Bay Islands are reputed to be home to some of the best diving and snorkelling in the Caribbean. There are three islands lying some 50 kilometres off the Honduran coast. The islands are covered with palm fringed lanes. Macaws, toucans and parrots lurk in the trees. It’s a little slice of Caribbean paradise.

For the next two nights we are based on the island of Roatan, the largest of the islands. It’s a perfect haven of colonial shabby chic, with little bars on overwater piers. The offshore reefs, are part of the chain that run up to Mexico, second only in size to the Great Barrier Reef itself. Whilst the snorkelling isn’t exactly ’second to none’ as advertised, it’s definitely worth the time. Guide Pierre is in his element. He can stay horizontal on the beach or in the bars.

After two idyllic days we head back to the mainland and the ‘magnificent’ Mayan ruins of Copan. I’m quoting from the guidebooks again. It’s not huge like Tikkal, but it’s impressive. The entire UNESCO World Heritage Site (pre UNESCO obviously) was bought from a local farmer, by American explorer, John Stephens for US $50. He had dreams of floating it down the river and into museums in the United States. It has, supposedly, the greatest collection of Mayan sculpture anywhere in Meso-America. The Hieroglyphic Stairway is composed of 2500 individual glyphs; its sides flanked by serpentine birds and snakes. And there are real birds and snakes peeping out from under the stones.

Copan Ruinas is a lovely village of adobe buildings adjacent to the ruins themselves and is well equipped for tourists, with some atmospheric pubs and restaurants - griddled steaks are good. The waitresses entertain the punters by balancing pots on their heads. And there’s a butterfly garden too.