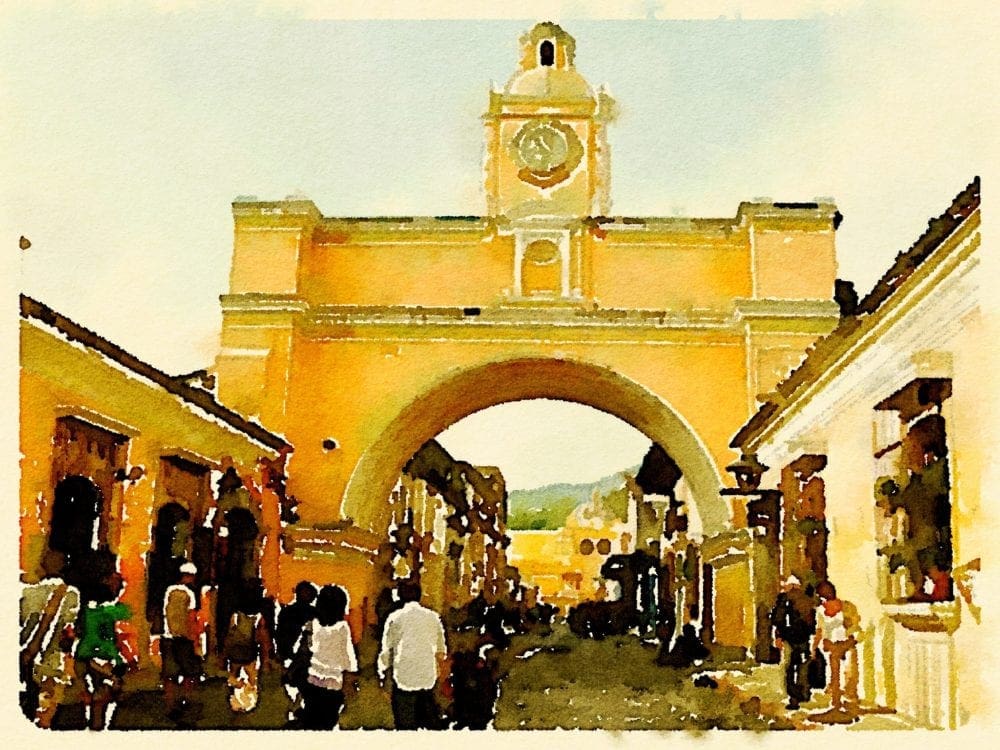 Guatemala is famous for its gorgeous landscapes and historical heritage. Modern day Guatemala was home to the core of the Maya civilization, which extended across Mesoamerica, In the 16th century, most of this area was conquered by the Spanish and ruled by them. until Guatemala attained independence in 1821 . Succeeding decades were turbulent, as Guatemala first became part of the Federal Republic of Central America, and was then ruled by a series of dictators. backed by the United Fruit Company and the United States government.

In 1944, a pro-democratic military coup, took place, to be followed by a U.S. backed military coup in 1954 and another dictatorship. The bloody conflict that followed was not resolved until 1996. Since then Guatemala has achieved both economic growth and successful democratic elections, although it continues to struggle with high rates of poverty and crime.

The city of Antigua was the third capital city of Guatemala, according to the Spanish conquistadores. But it was then named Santiago de los Caballeros, as previous capitals had been. It functioned as the seat of the Spanish Empire, reaching up to southern Mexico and was home to many churches and religious orders, including the Jesuits. .However it suffered badly from earthquakes, as well as the odd volcanic eruption. It was eventually ordered abandoned in 1773, After that it was referred to as la Antigua Guatemala (the Old Guatemala).

Antigua has survived, despite this. With its rich but battered colonial heritage and stunning setting, it claims to be one of the most picturesque colonial towns in Central America. I won’t dispute that. It’s built in a beautiful valley between three volcanoes: Agua, Fuego and Acatenango. There are churches, baroque buildings and museums, as well as markets, shops and street hawkers galore. It has a shabby chic beauty and its one of those places where there’s a surprise round every corner. Another church tower, a carving, a glimpse of one of the three volcanoes.

Two visits. to Antigua, which is a great base for exploring Guatemala. One in the Easter holidays, going onto Belize and another coming from Honduras.

It’s the week before Easter (Semana Santa) and Passion Sunday processions are taking place. The gaudy, bewigged saints, Jesus and Mary, have been removed from their dusty niches in the cathedral and are out parading the streets, hauled by struggling youths in purple hooded robes. The strain shows on their faces and the air is heavy with incense, wafted by those who drew the easier jobs. The girls’ role is to fill the many churches with the most intricate of floral arrangements and produce the most gorgeous elaborate carpets of flowers in the streets. These are trampled and left in total disarray as the processions pass. I am more distraught at the destruction than the carpet makers seem to be. It’s all utterly fascinating.

Panajachel sits on the shores of spectacular Lago de Atitlan. There are excellent views of the volcanoes on the boat trip across the lake, itself is an old caldera. This is an old Spanish settlement, but one of its most important tourist sites is the wooden effigy of Maximon, a god/saint (no-one is quite sure which) of the Mayan religion. He has a large cigar in his mouth (one of many donations or bribes) and numerous ties round his neck (also donations). Maximon is interesting. A sign says that  petitions should be accompanied by gifts of alcohol, cigarettes, and cigars. Legend has it that one day, while the village men were off working in the fields, Maximón slept with all of their wives. When they returned, they became so enraged they cut off his arms and legs. He is also known, more peacefully, as St Simon.

Chichicastenango is an obligatory visit from Antigua. It has a world famous open-air craft market and an indoor food market, both bustling and infinitely colourful. It’s also a hotchpotch of indigenous Maya culture and Catholicism.

The 16th-century Santo Tomás Apostol Church is used for both Catholic worship and Maya rituals. Herbs, petals, wool and wood arranged in careful symbolic patterns emit plenty of smoke as I clamber up the steps. In special cases, they burn a chicken for the gods The church is built atop a Pre-Columbian temple platform, and the steps remain venerated . Each of the 18 stairs stands for one month of the Maya calendar year.

There’s also the Maya shrine of Pascual Abaj picturesquely situated on a hilltop to the south. This home to an ancient and venerated carved stone. Writing on the stone records the doings of a king named Tohil. There are rituals and a lot more smoke there.

I’m warned  not to go there!

This is the iconic Mayan site. Tikal was the capital of a conquest state that eventually became one of the most powerful kingdoms of the ancient Maya. Buildings at the site dat back as far as the fourth century BC, However, Tikal reached its height during the so called Classic Period, (200 to 900 AD) . Eventually, the population declined, culminating in the site's abandonment, by the end of the tenth century. It's even believed that some of the more important buildings were burned. The site was 'rediscovered' in the nineteenth century, though it was relatively inaccessible, being buried in the jungle. A small air strip was built in 1951.

Tikal is huge and impressive and well worth the effort, though it’s tiring (and dangerous) climbing up the many stairs, for the (worthwhile) views. The roads, which now exist, are terrible and there’s plenty of earthquake damage evident - huge rents in the tarmac. Over the border and into Belize.