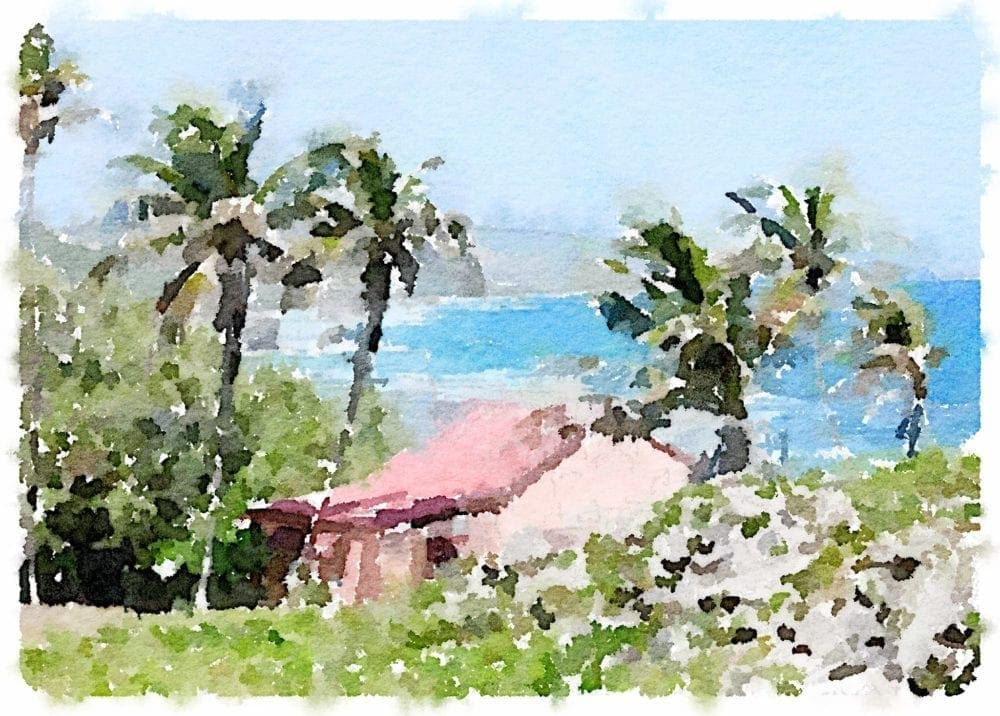 Barbados - Land of the Bronzed and Beautiful

Barbados is the most easterly of the Caribbean Islands, a hundred miles away from St Lucia. Perhaps more importantly, it's the island where the rich go to play (unless they own their own island of course). It’s beyond expensive, if you patronise the jet set establishments. I’ve chosen an independent hotel on a beautiful stretch of sand, just south of the infamous Sandy Lane Hotel. This is the establishment where the likes of Simon Cowell hang out. Though, of course, we can’t see them from our lowly section, as it’s fenced off.

There’s a better view from out at sea. My all-inclusive package includes snorkelling on the reef, the usual windsurfers and kayaks and, wait for it, water skiing. Super fit Roscoe is very happy to take me out on his boat for lessons, so I can watch the bronzed and beautiful. Amazingly, I manage to ski for five minutes as well, on my second attempt. The other ski apprentices, all male, are less than congratulatory - none of them succeeded. To be honest, I think it was a combination of having skied on snow, good luck and not fighting the tow bar. I didn’t have the strength to do the latter.

It’s very tempting to spend my whole week on the sheltered west ‘platinum’ coast where all the resorts are. Roscoe keeps begging me to take to the speedboat again. But I feel I should see a little more of Barbados, so I take off with a car and driver for an outing.

The east coast is where tourism here all began. There was even a railway from capital Bridgetown, to the fishing village of Bathsheba, so the Bajans could go on holiday. It’s very different, remote, hardly any habitation. Just the odd hut or small hotel, with immense limestone cliffs, and dramatic rock formations. The Atlantic wind and high waves make this surfing country. It’s spectacular but cool - even in the Caribbean. After admiring all the views I’m transported to the Andromeda Botanic Gardens. Here there's a panoply of cultivated orchids and other exotica, including the odd green monkey.

The History of Barbados

They say that nowhere in the Caribbean seems to resonate with history quite like Barbados. Spanish navigators took possession of Barbados from the Amerindian inhabitants in the late fifteenth century. The island was then claimed by the Portuguese Empire in the 1530s, but abandoned in 1620 (with the exception of wild boar left to ensure a good supply of meat whenever the island was visited). The English (on the ship, the Olive Blossom) took possession in 1625 and were followed by settlers. So Barbados then became an English colony.

This was a traditional plantation economy, relying on the labour of enslaved Africans, who worked on the island's plantations until the Slavery Abolition Act in 1833. Barbados became independent in 1966, with Queen Elizabeth II as Head of State. She will be replaced by an elected president from the beginning of December 2021.

St Nicholas Abbey, dates back to early English colonial times. It is a sugar plantation with a Jacobean mansion, built in 1658 and one of only three of its type in the western hemisphere. It has exquisite views. There's also the requisite rum distillery to visit.

A final dip into the capital. Bridgetown, in the southwest corner of the island. It's Cruise Ship Central, known for its racetrack, high end shops and restaurants, elegant Georgian buildings (the area around the Garrison Savannah, two miles southeast of downtown, is now a Unesco World Heritage Site) and traffic jams. The pace is much too slow, so we don’t hang around. It’s back to the beach.

N.B. Roscoe demanded my email address, but as there was no romance involved, on my part anyway,  I was surprised and flattered to receive a message a month later. Until I discovered that it was actually intended for someone else.