Home - Stories - Africa - Botswana - What, in Africa, are The Big Five, the Little Five and the Ugly Five?

What, in Africa, are The Big Five, the Little Five and the Ugly Five?

I’ve heard of (and seen) the Big Five of course, but guide Vic in Zambia also maintains that there’s a Little Five and an Ugly Five.

In Africa, the Big Five game animals are the lion, leopard, rhinoceros, elephant, and African buffalo. The term was first coined by big-game hunters, and refers to the five most difficult animals in Africa to hunt on foot, but is now also more happily used by anyone on safari in Africa.

The African (or Cape) buffalo live in large herds that have been known to include a thousand animals, though usually groups are smaller, with up to 12 animals on average. The buffalo’s primary predator is the lion, but buffalo are very forceful and unpredictable and according to some statistics are the most lethal mammals in Africa, as far as dead humans are concerned. They have even been observed killing a lion after it has slaughtered a member of their herd. Not to be mistaken for the far more peaceful water buffalo. 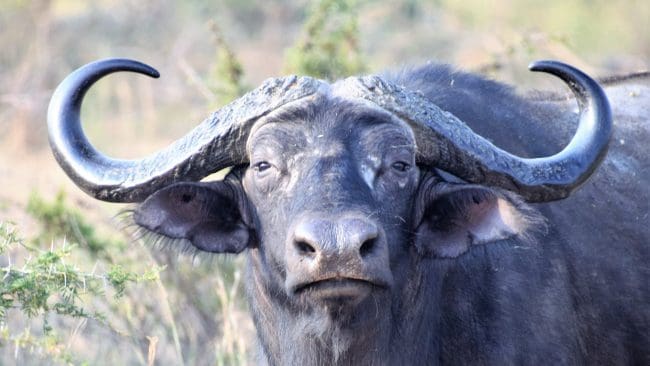 Elephants are the world’s largest land animal. Male African elephants can reach three metres tall and weigh between 4,000 -7,500 kilogrammes. There are two different species of elephant in Africa – the African Savannah elephant and the African Forest elephant. African elephants have huge ears that are roughly the shape of Africa, so they’re easy to distinguish from Asian elephants. Both species remain under threat from poachers who want their ivory tusks.

African elephants communicate across large distances at a low frequency that cannot be heard by humans. These magnificent mammals spend between 12 to 18 hours eating grass, plants and fruit every day.  Even their poo is useful, as many plant species have evolved seeds that are dependent on passing through an elephant's digestive tract before they can germinate. At least one third of tree species in West African forests rely on elephants in this way for dissemination. 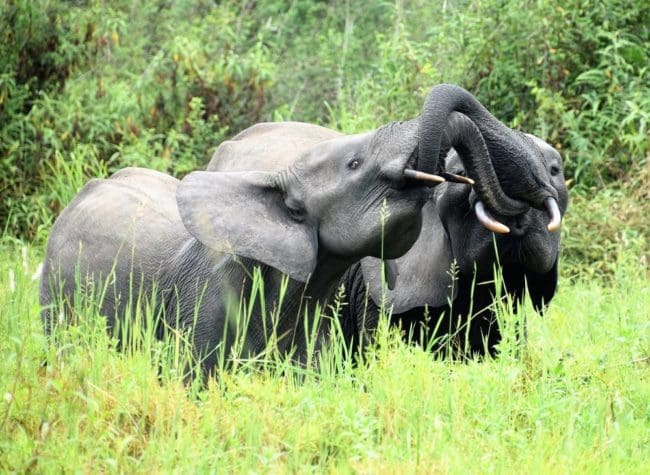 Leopards (also known as panthers) are spotted big cats, distinctive in that they are excellent at climbing trees. (The spots act as camouflage). They’ll often safeguard their kill in a tree to prevent lions and hyenas from stealing it. In my experience they are the hardest of the Big Five to spot – except in South Luangwa. Otherwise I’ve only seen them, at a distance, in South Africa. They are nocturnal, solitary and secretive, staying hidden in trees or tall grasses during the day 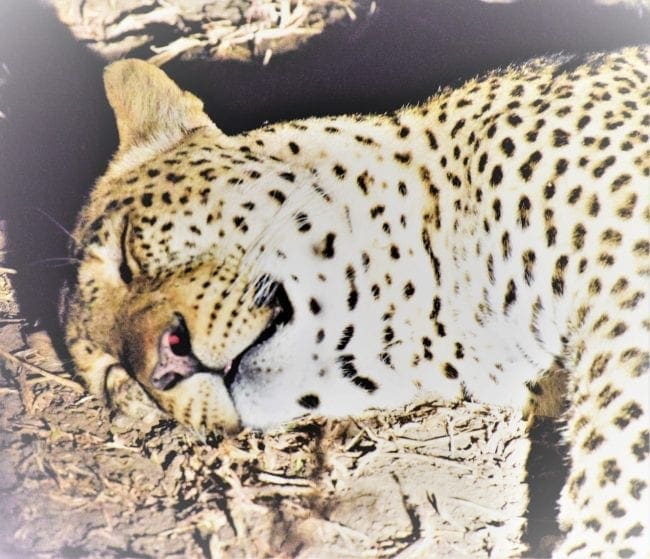 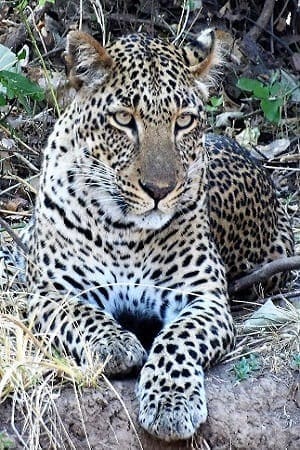 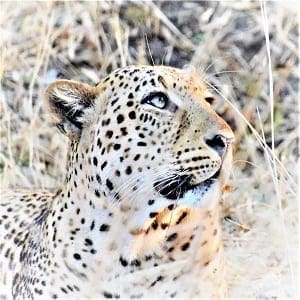 Lions are the most sociable of all big cats and therefore the most interesting to observe. They live in groups called prides, which usually consist of related females and their cubs. The males are most well known for their manes. Typically, the darker a lion’s mane, the older he is. Lions have to be strong and powerful in order to hunt.  On average, males weigh 190kg (almost 30 stone). African lion numbers have plummeted by over 40% in the last three generations, due to loss of living space and conﬂict with people. 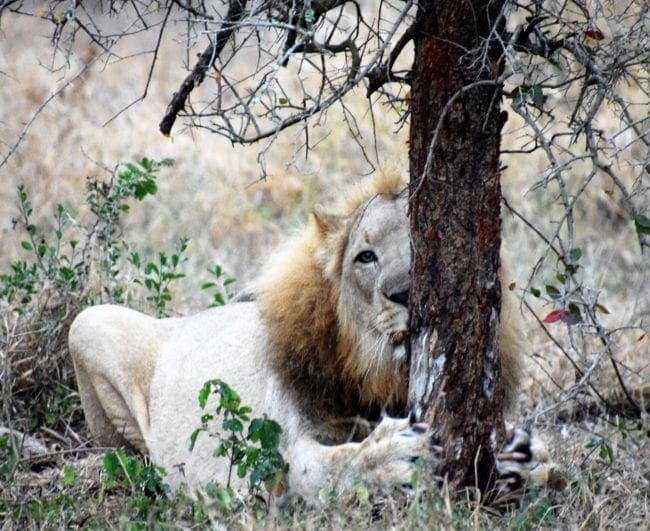 Rhinos have poor vision and because of this will sometimes attack trees and rocks by accident. However, their hearing and sense of smell are excellent. I’ve been able to sneak up very close to them with guides- as long as the wind is blowing away from you.

There are white rhinos and black rhinos. White rhinos aren’t white, but slate grey to yellowish brown in colour. The species name actually takes its root from Dutch, "weit" (wide), in reference to the animal's wide muzzle. The black rhino is very rare, hook lipped, and its colours vary from brown to grey (not black).

The rhino is the most endangered species of the Big Five. Rhino poaching is being driven by an Asian demand for horns, made worse by increasingly sophisticated poachers who are now using veterinary drugs, poison, cross bows and high calibre weapons to kill rhinos. Often they saw off the horn and leave the carcase. Very few rhinos now survive outside national parks and reserves. a.

The Little Five, were designated so as to draw attention to more of Africa’s lesser known wildlife.

The antlion is the size of an ant and found in sandy, arid areas throughout Africa. It has a wide body and large jaws and is actually the larvae stage of a flying insect known as the Antlion Lacewing that looks similar to a dragonfly. Antlions are nocturnal and dig small funnel-shaped traps about 50 millimetres deep in dry, sunny spots. They wait at the bottom of it, covered in sand so that only the head is protruding. Ants are their primary prey, hence the name.

The buffalo weaver bird is the easiest among the little five to find and observe. Red billed and white billed varieties are often seen in acacia trees.

The elephant shrew is a small, insect-eating mammal with a long nose. Elephant shrews are cute with their long noses They are very common in Southern Africa, but I saw one in Zambia, where they are less often observed

Leopard tortoises live across East and Southern Africa in savanna habitats and are herbivorous, eating grass and succulents. They are name for their leopard patterned markings and at an adult size of 25 centimetres, they are amongst the largest of the Little Five. One must never pick up a leopard tortoise (or any tortoise) during the winter months, as it may eject its stored urine and water as a deterrent. Due to the distance it must cover to replenish this lost moisture, the tortoise could die of dehydration.

Rhino beetles are part of the largest species of beetles in the world, reaching six centimetres in length. They have two large horns on their bodies, which the males use in fighting.   Proportionally to their size, Rhino Beetles are among the strongest animals in the world. (Surely this one should be on the ugly list too?)

I think this group name is rather unkind. I’ve seen all of them together in Zambia. And they are all incredibly interesting. Though if pushed I might argue the case for the inclusion of the hippo, which I think is horribly ghoulish out of water. The list features:

Africa's most common large carnivore. There are three hyena species - spotted, brown, and striped. Spotted hyenas are the largest of the three. They are fairly large in build and have relatively short torsos with lower hindquarters, and sloping backs. Hyena are attracted to carcasses, along with their ugly friends, the vulture and the marabou stork.

A massive wading bird: large specimens are thought to reach a height of 152 cm and a weight of 9 kg. It's sometimes called the "undertaker bird" due to its shape from behind: cloak-like wings and back, skinny white legs, and a large white mass of "hair". The marabou stork is a frequent scavenger, often alongside vultures. It is believed that the naked head and long neck are adaptations to this livelihood, as with the vultures, with which the stork often feeds. In both cases, a feathered head would become rapidly clotted with blood and other substances when the bird's head was inside a large corpse, and the bare head is easier to keep clean! 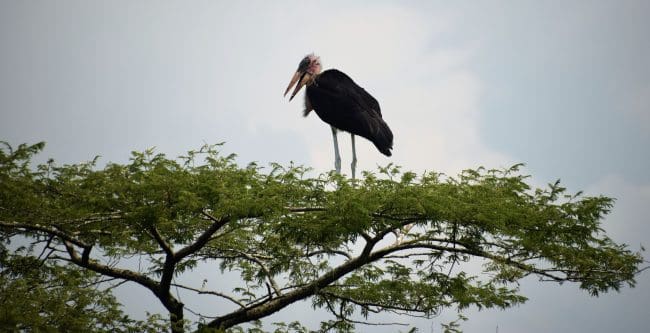 How can you not like a warthog? Pumbaa from the lion king ambles the plains inoffensively, it seems. though their tusks can inflict severe wounds. The tusks are ivory, so warthogs are at danger from hunters who take them to carve, like elephants.

A family of scavenging birds. There are 11 species in Africa, six of these are endemic. The key characteristic of many vultures is a bald head, devoid of normal feathers. It was thought that this was because it is easier to keep clean ( see marabou stork) but it is now believed that the bare skin may play an important role in thermo-regulation. Vultures have been observed to hunch their bodies and tuck in their heads in the cold, and open their wings and stretch their necks in the heat. Vultures also use urine as a way to keep themselves cool by spraying themselves. 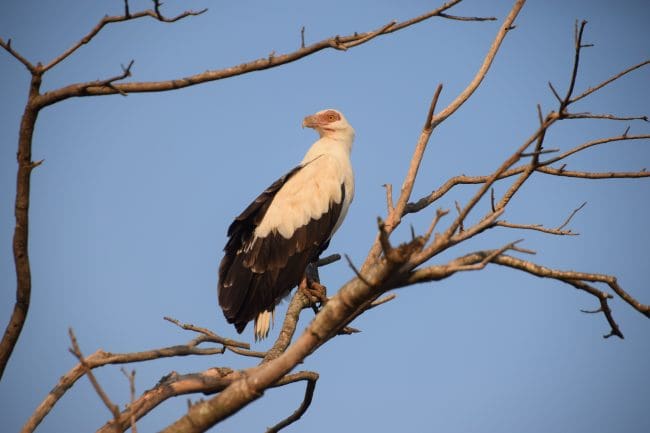 Also known as a gnu. They are antelopes with large, box-like heads and distinctive curving horns. The front end of their body is heavily built, while the hindquarters are disproportionately slender, with spindly legs. They have a grey coat, a black mane and a beard. Magnificent on their annual migration in Kenya and Tanzania, the biggest animal migration in the world.

The Shy Five and The Impossible Five

In researching the above I also came across the Shy Five and the Impossible Five. For some reason the aardvark features on both.

(All of these, except the shy meerkat, are nocturnal and I’ve seen a couple of them scuttling away. I have blurred meerkat pictures. The desert fox is very similar to the bat eared fox so that might count. and I've also seen numerous porcupine quills....)

Aardvark (Yes- it's on both lists. I didn't write them!)

Pangolin (didn’t one of these cause coronavirus?)

White Lion (in the wild).

Finally, I’ve now also discovered The Big Seven - a clever marketing ploy by the tourism industry, adding another two enormous animals, the great white shark and the southern right whale, to the Big Five. Both can be seen off the coast of South Africa.

And how can you they miss out the gorilla? (Rwanda and Congo)

One comment on “What, in Africa, are The Big Five, the Little Five and the Ugly Five?”