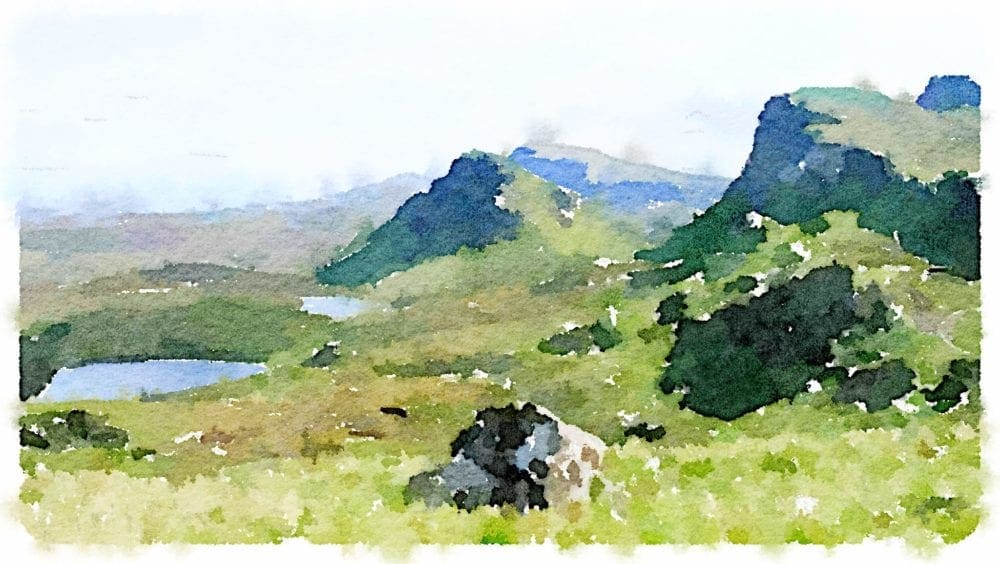 Stunning Scotland - in a Nutshell

The History of Scotland

Is Scotland Part of the United Kingdom ?

Don’t take any notice of the weather forecasts. They are invariably wrong, and thankfully, it’s often brighter than expected. But the weather can change literally every minute, from showers, to cloud to sun. When it’s sunny the scenery is glorious. When it’s dull the mountains are mysterious and melancholy. It’s very atmospheric. But getting soaked isn’t much fun. So be prepared at all times.

Scotland is notorious for midges - tiny pesky little insects. Their bite is infuriatingly itchy and during their short summer breeding season they can descend in droves. You might want to take a hat with netting attached (or an Australian type hat with bobbing corks) just in case. Keep your eyes peeled and head the other way if you spot them. I don’t find that they take much notice of insect repellent, though you can try. They’re sadly capable of penetrating cotton T shirts with their bites. And apparently they love dark colours, so dress accordingly.

You need a car in Scotland (and especially the islands ) if you’re not on a tour. (Unless you’re hardy and you’re cycling). It pays to take it slow – single track roads with passing places are common and some of the roads are precarious switchbacks with precipitous drops. Reversing up them if you meet another vehicle isn’t much fun.

Keep an eye on the petrol gauge. Fuelling stations are few and far between. Many are 24 hour unmanned pumps which operate using credit cards. So make sure you have one.

Know where you are going and keep a map close at hand. There is very little phone signal in many areas (especially in the southern Western isles and wilderness of the Highlands), so you won’t be getting any GPS. Off the major roads the signposting may be non existent and (in the islands) what there is may only be written in Scottish Gaelic. Fortunately, the local people are very helpful if you get lost!

The ferries, mostly operated by Caledonian MacBrayne (CalMac), are punctual and the staff friendly (for the most part) and tolerant of anxious driving. But make sure you book in advance and are punctual. They re very busy in the high season and if you’re not there when you’re supposed to be you may get bumped. And sometimes there’s only one boat a day. You can get a Hopscotch Ticket that takes you through all the Western Isles from Oban to Ullapool (4 crossings in all). Many of the islands are now linked by causeways or bridges.

You are not allowed to stay in your vehicle on any of the longer crossings – and it’s much nicer to get out and see the views. There are often dolphins and seals to be spotted. Though it may be very blustery. Take a coat or sit in the café. On shorter crossings some folk opt to stay in their cars (and indeed were forced to during the worst Covid times) but I wouldn’t entertain the idea, unless obliged to. You can’t see out and the rolling feels much worse down in the bottom. It’s a recipe for sea sickness. And be prepared for your car to get doused with sea spray on any of the smaller boats. But don’t worry. It will rain soon and that will wash it off.

The Time of Covid

The Scots are still very strict about regulations around Covid. Mask wearing is expected in any public indoor space, including all shops and transport. You have to sign in on Track and Trace or leave your details. And there’s sanitising spray everywhere.

The food in the islands is on the expensive side and varies from plentiful fish and chip shops (mostly haddock), seafood shacks ( many now closed or with limited hours due to Covid), to pubs and fine dining. Most feature salmon, smoked haddock (as in Cullen Skink soup) shellfish, haggis and venison.

The Scots are notorious historically for their less than healthy diets and there’s still quite a lot of fried food around. The breakfasts are filling and all feature Stornoway black pudding, which is delicious, but doesn’t sit easily with my digestion. There’s also plenty of complimentary shortbread.

Whisky distilleries abound – all eager to take tourists with money on tasting tours. But there’s also an increasing number of gin distilleries - some of their offerings are exceptionally pleasant.

The Scots love live music – usually bands with a fiddle and many pubs provide entertainment of this kind - though sadly restricted at the moment because of Covid. Hotels and restaurants sometimes substitute recordings instead. And if you’re very unlucky you’ll get the bagpipes with their distinctive lilt (or wail depending on your point of view) too.

Where To Visit in Scotland?

Glasgow is the most populous city in Scotland, with an estimated population of 635,640. At its height in Victorian times, Glasgow was double that size and even sometimes referred to as the "Second City of the British Empire".

It grew from a small rural settlement on the River Clyde to become a medieval bishopric and royal burgh, with the University of Glasgow established in the fifteenth century. From the eighteenth century onwards, the city then expanded, as one of Great Britain's main hubs of transatlantic trade. The onset of the Industrial Revolution led to Glasgow becoming a centre for chemicals, textiles and engineering; most notably in the shipbuilding and marine engineering industry.

On further journeys a much renovated Glasgow over recent years became a favourite, especially for the Rennie Mackintosh architecture and tea room. Sadly the art school was badly damaged by fire for the second time recently. You still have to navigate the dialect (have you read Swing, Hammer Swing?), but it’s a bustling and friendly place.

It’s the scenery beyond here that is my very favourite. The stark beauty of the north west is just breath-taking, beautiful white beaches, islets, puffins, wild loch scenery (Torridon is wonderful) and Suilven raising its bleak brown head to crown it all. This part of Scotland is included in the North Coast 500 Route which I drove.

A longish ferry journey away are the Wondrous Western Isles.

And Even Further North