When we reach Spain, on our Douro cruise, via a lengthy spectacular gorge, there is an extended day trip to Salamanca. (It's 50 miles from the Portuguese border). This is another university city, lying on several hills by the Tormes River. The University of Salamanca, which was founded in 1218, claims to be the third oldest western university, but boasts that it was the first to be given such status by the Pope, Alexander IV.

The history of Salamanca goes back to pre- Roman times. It was captured by Hannibal, rose to prominence as a hub in the Roman province of Lusitania, and then became a constant battlefield between Christian and Muslim forces, which did little for its population. It developed again, from the twelfth century onwards, as part of the Kingdom of Leon, and then Castile too, and with the growth of the University. The area is also famous for another significant battle - Wellington defeated the Napoleonic forces at Salamanca in 1812. 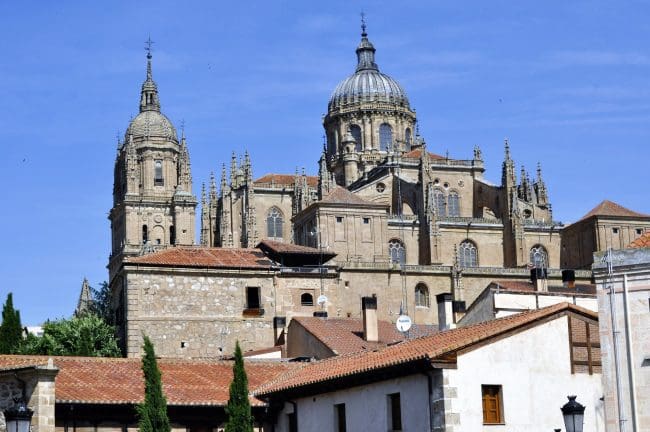 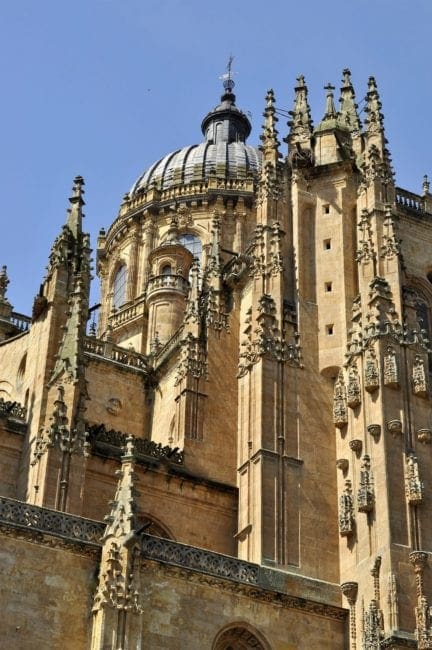 The architecture of Salamanca is ornate sandstone and there's a spire at the end of every street. These are narrow, leading inexorably to the main square, the Plaza Major, a haven of Baroque design. In 1988, the old city was declared a UNESCO World Heritage Site. There are two cathedrals, the smaller old and the new. They're connected and you wind your way through, climbing up for views if you're so inclined. 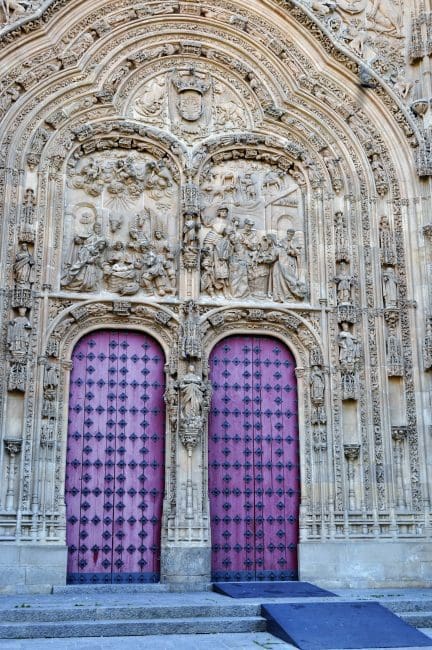 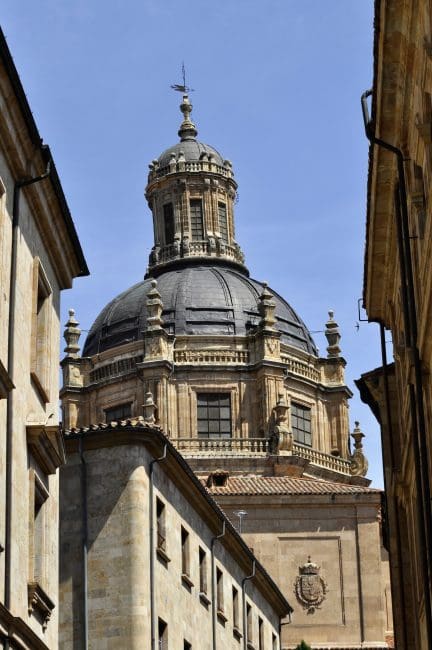 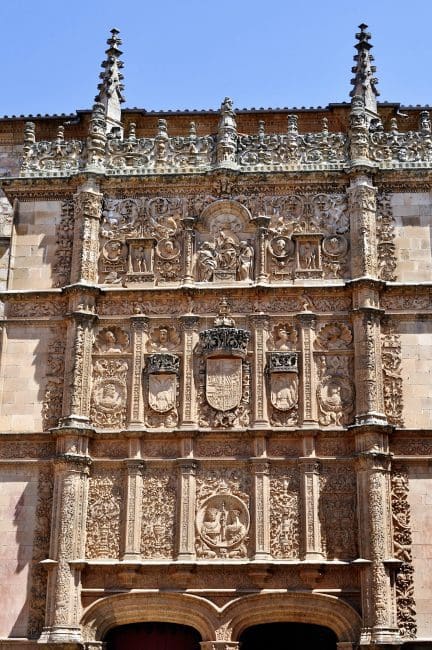 The university buildings on their own are worth the trip. The intricate carvings are described as 'plateresque style'. Tourists are challenged to find the ‘frog on a skull’, above the main entrance, though no-one can explain his purpose. I'm not very good at spotting it and take a close up of the wrong skull.  There are more carvings to admire on the Casa de las Conchas. This Gothic style, once knight's palace ( Rodrigo Arias de Maldonado) is covered with over 300 shell carvings. There are more places, some now used as civic offices. 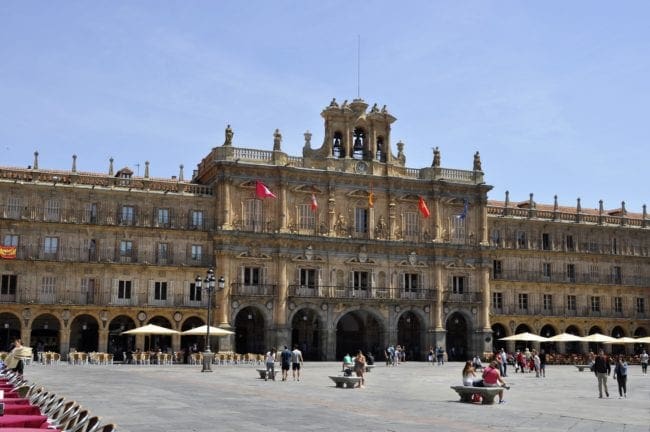 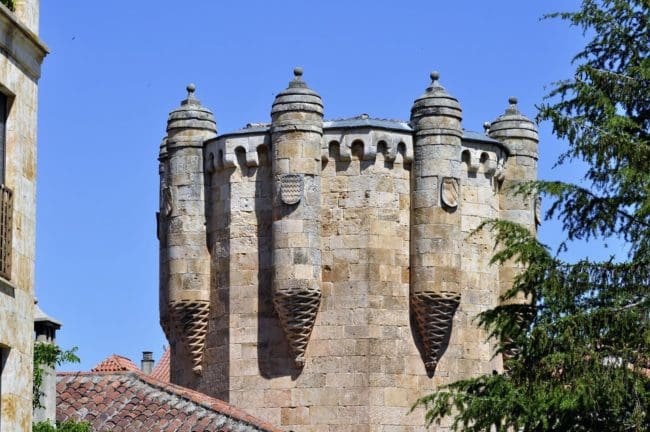 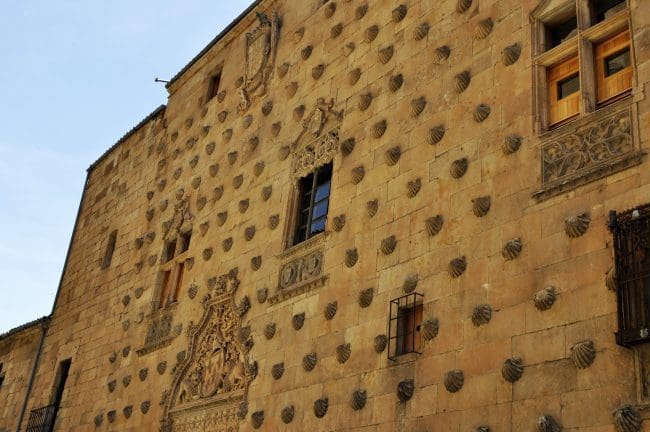 A little further from the centre are the Museum of Art Nouveau and Deco (suitably modelled on the exterior), The Dominican Convent of St Stephen and more churches. There are also numerous pavement cafes and jamon bars.

Although there are plenty of marshals it takes a long time to round everyone up at the end of the day. One lady is totally lost and a couple confess that they didn't go in the cathedral because they couldn't find the entrance. I notice that they found one of the cafes and drank wine all afternoon, without any problem. 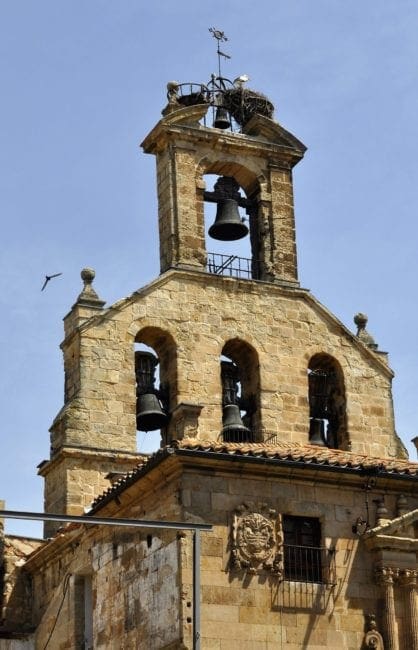 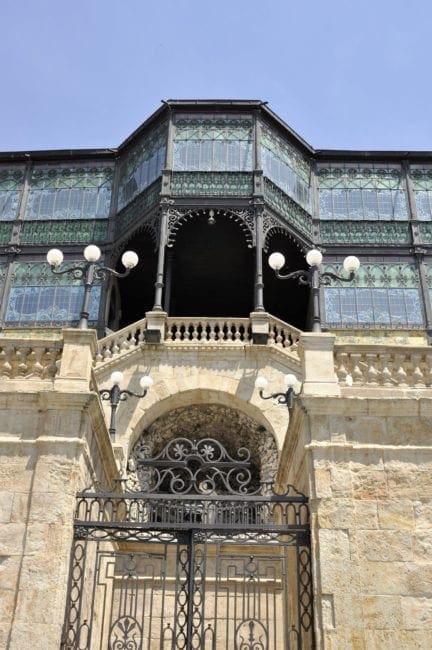