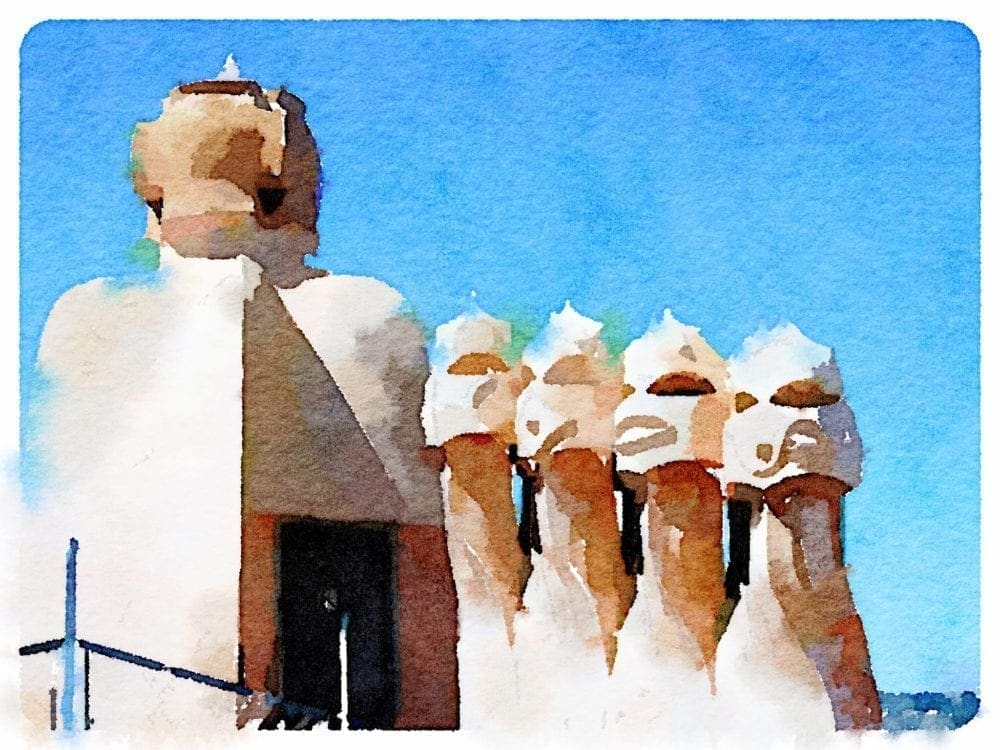 Spain - Barcelona - Miro, Picasso, Dali and, Above All, Gaudi

If you type Barcelona into Google you'll get the football club rather than the city. I'm not sure anyone had really thought of Barcelona as a tourist destination before it was revamped and celebrated as the host of the 1992 Olympics. They used the Estadi Olímpic de Montjuïc, 1936 Olympic stadium, (accessibly by cable car). Before I finish with sport, I also need to say that Barcelona Football Club has the biggest stadium in Europe - the Camp Nous. 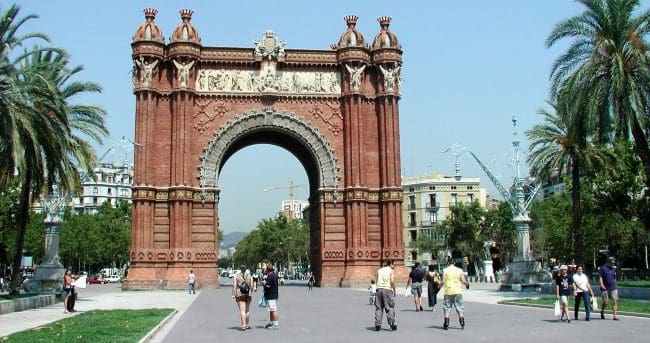 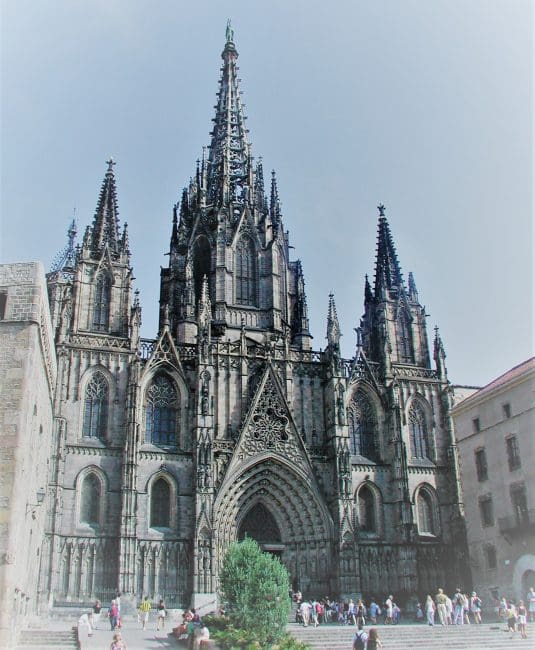 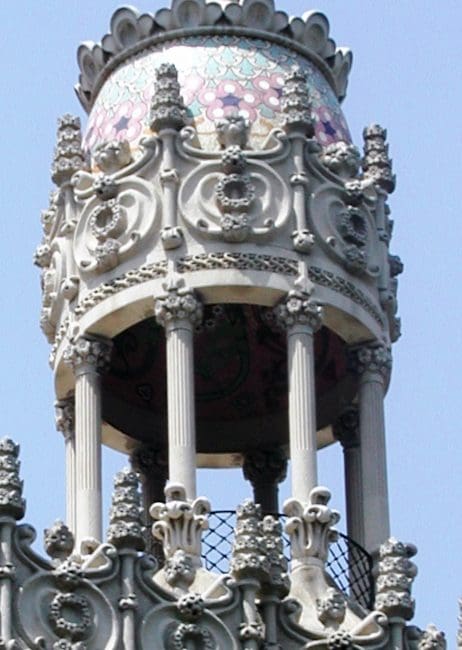 I'm here, with Neil, to wander the city. now the most visited in Spain. The Barri Gòtic ( Gothic Quarter) is the centre of Barcelona. Here, medieval buildings sit alongside others that even date back to Roman times. The quarter melds with the nineteenth and twentieth century city, where Catalan modernista architecture an offshoot of Art Nouveau proliferates. The Illa de la Discòrdia – or ‘Block of Discord’ is the place to go to see the work of four important Catalan modernista architects close to each other: Antoní Gaudí, Josep Puig i Cadafalch, Enric Sagnier and Lluís Domènech i Montaner. The houses in question are Casa Batlló, Casa Amatller, Casa Mulleras and Casa Lleó Morera respectively. I'll get to Gaudi later. There's also a Triumph Arch at the north end of the Promenade (built for a world fair) and churches aplenty.

The main street of Barcelona, La Rambla, pedestrianised wide and flanked with plane trees, divides the centre of Barcelona, for over a kilometre. It links the Plaça de Catalunya at the centre to the Christopher Columbus Monument at the port. It is crowded and over touristy, with its gold painted posing mannequins and acrobats, cafes and kiosks, but there’s always something intriguing to watch. I discover you need to watch out for your belongings too. 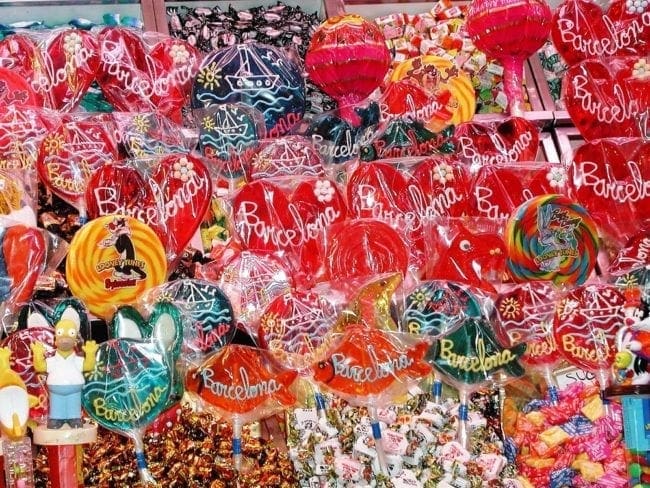 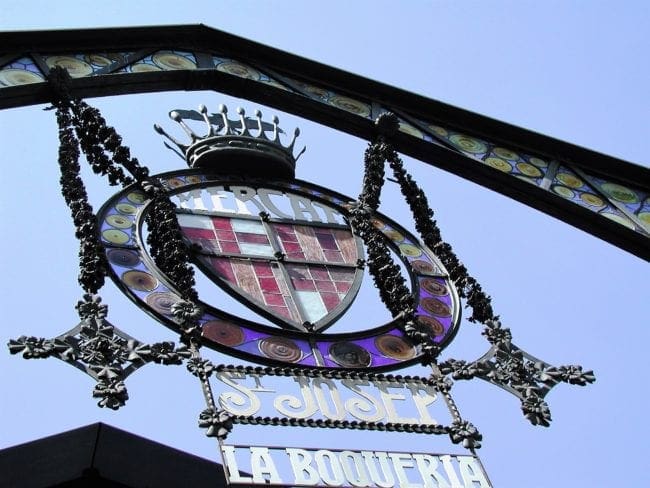 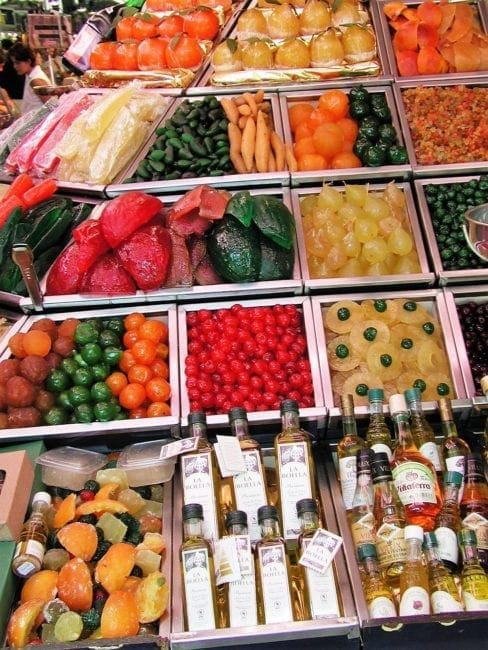 Off La Rambla, the Mercat de la Boqueria, where the locals shop is vibrant, and very camera - rewarding. Close to the square, especially. the shops are good - El Cortes Ingles and the many shoe shops, for some affordable Spanish chic.

And a first time for squid ink risotto (not bad at all once you get past how it looks). It's a specialty in the local restaurants - particularly down by the, much quieter, harbour area, where there’s also a great deal of disappointing, overcooked paella. 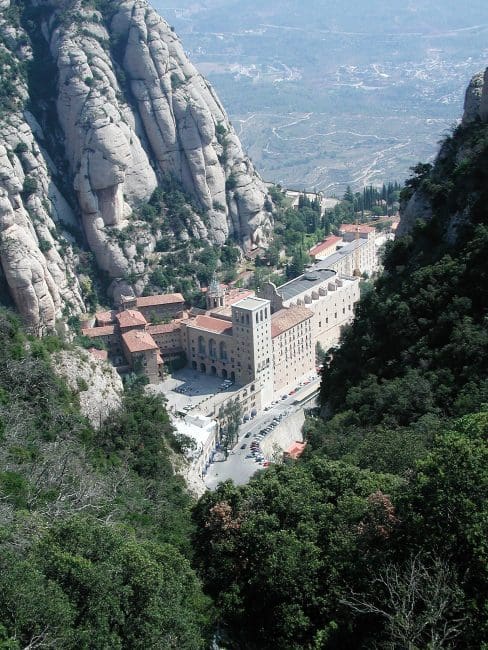 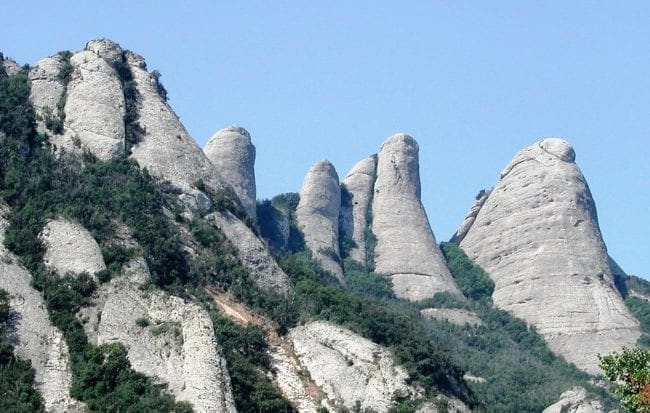 Montserrat is a small mountain range with some fat fingered peaks 37 miles from Barcelona. There's a monastery nestled up the main slope, dedicated to Santa Maria de Montserrat. It dates back to the eleventh century, but is heavily restored and about 80 Benedictine monks still live here. You can pop inside, but most folk go for the walking. You can get to the trails via a cable car.

Sitges is a slightly easier train ride away - 35 kilometres - to join the throngs on the sands. This is Barcelona's go to beach, chic restaurants, boutiques and an old town. We can just about find space to put the towel down. 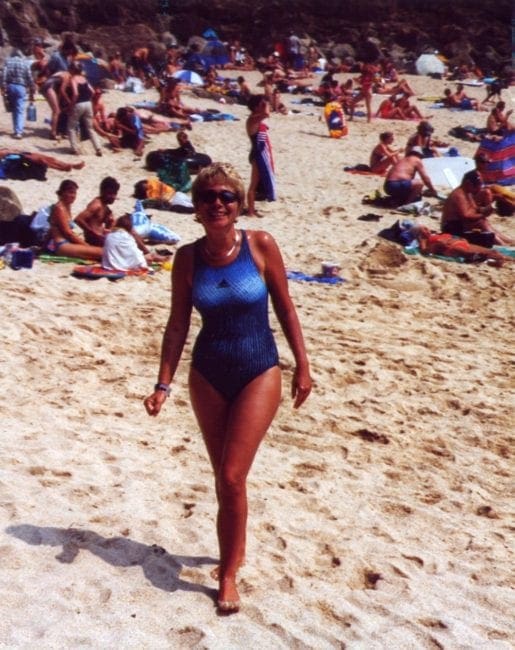 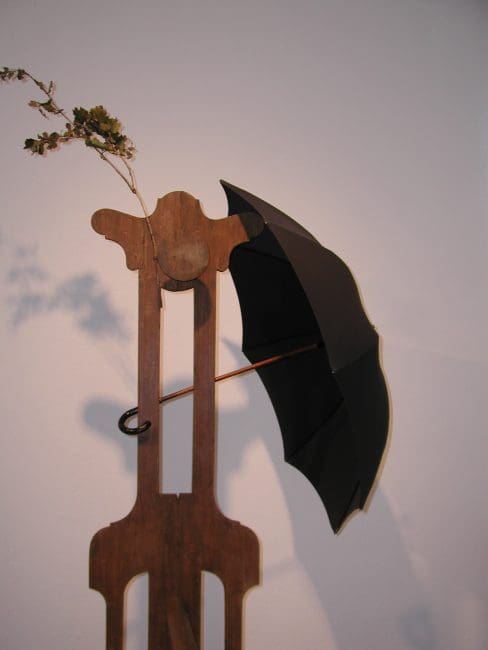 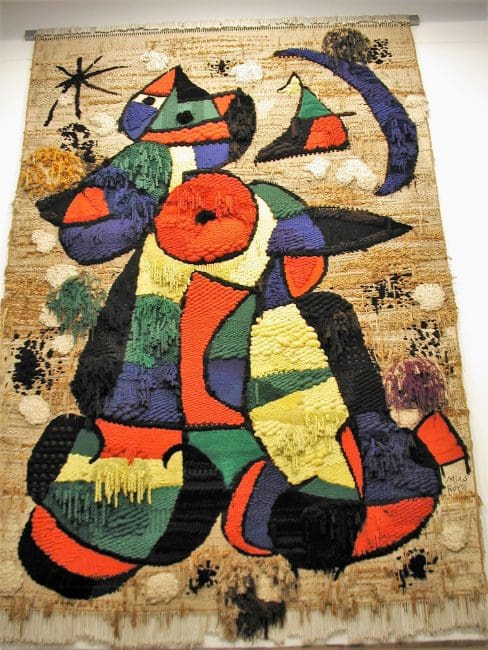 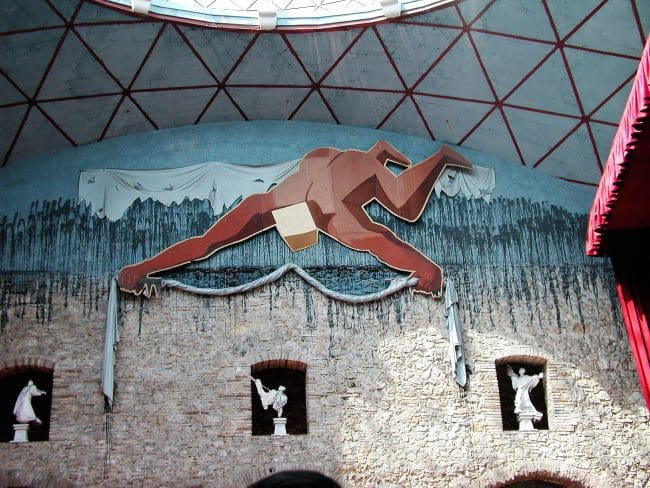 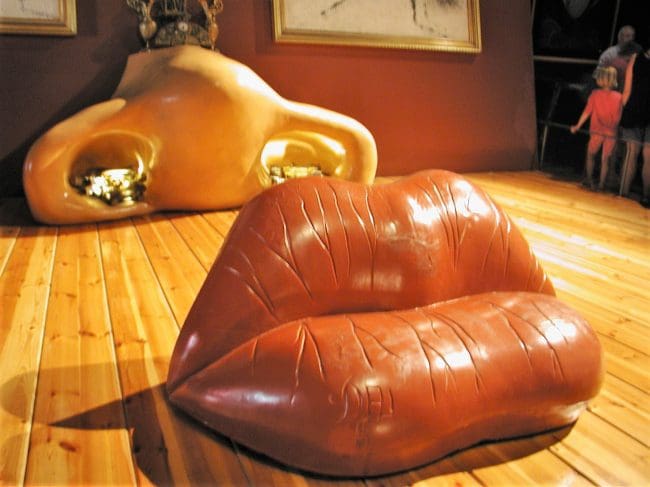 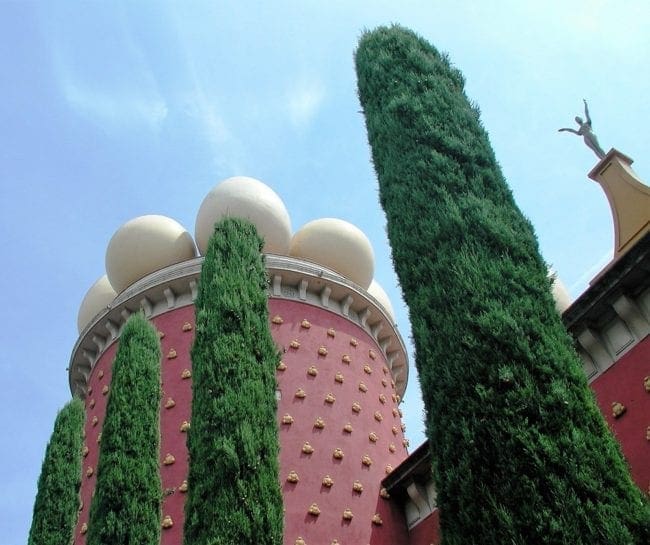 Above all, the amazing art - the Miro Foundation (up the Monjuc Mountain), the authenticity of the stone roomed Picasso Museum, the sheer bonkers-ness of Dali’s work. He was born in Catalonia and his output is displayed at the three locations on “The Dalinian Triangle”: 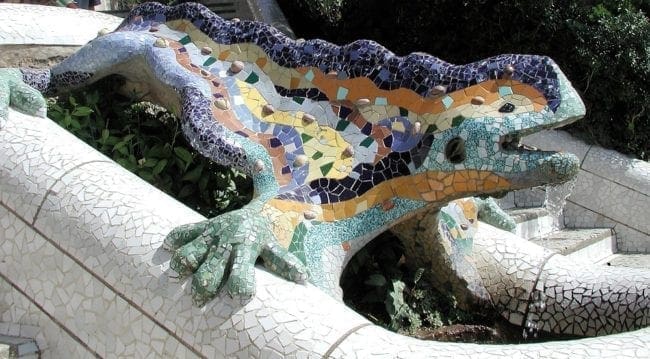 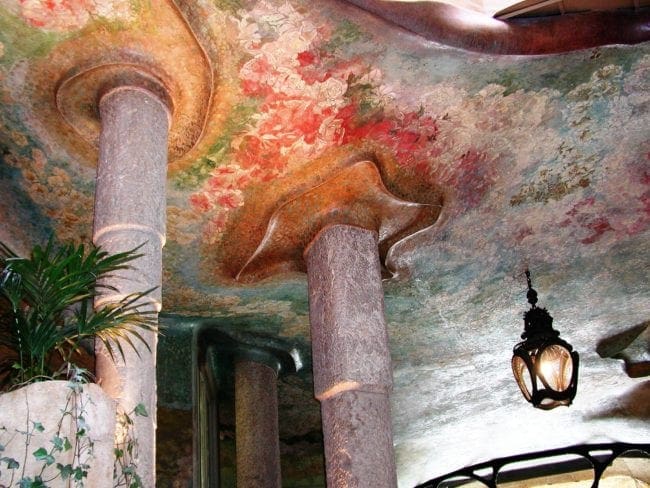 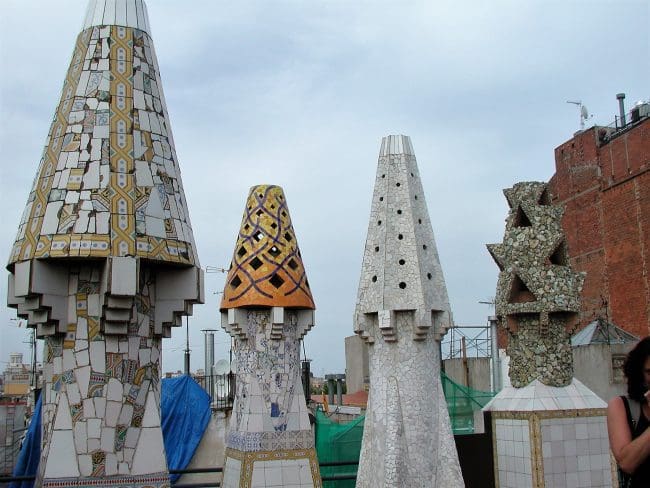 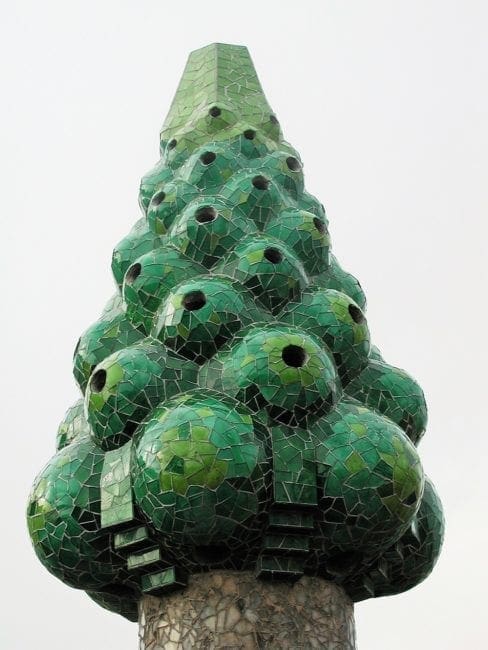 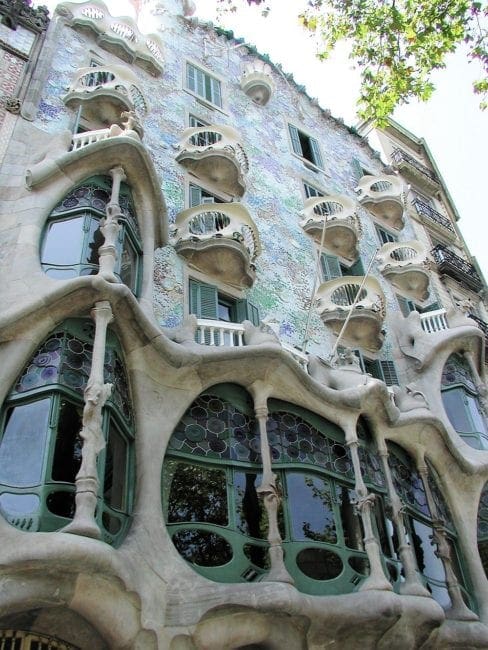 And of course, Antoni Gaudi. All this Catalan architect's beyond exotic palaces, like La Pedrera and  Casa Batlló ,with their extraordinary sculptures and the madcap mosaics of Park Güell are must - sees, involving much map reading, wandering and more bus rides. But so rewarding. The most sublime of them all is La Sagrada Familia, the begun in 1882, still unfinished, straight out of Mervyn Peake cathedral, incongruously surrounded by cranes. (Completion is now scheduled for 2025). In my opinion, this is possibly the most interesting/beautiful building in the world. (In the interests of equality I have to report that other cathedrals are also available in Barcelona). It is best observed illuminated at night. There are plenty of bars in the square opposite. 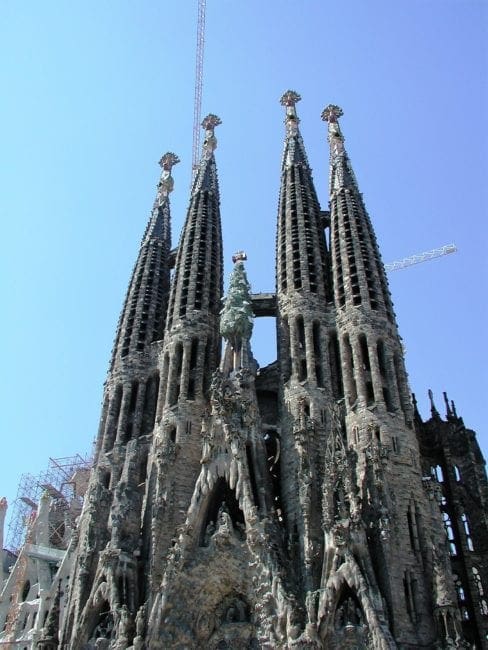 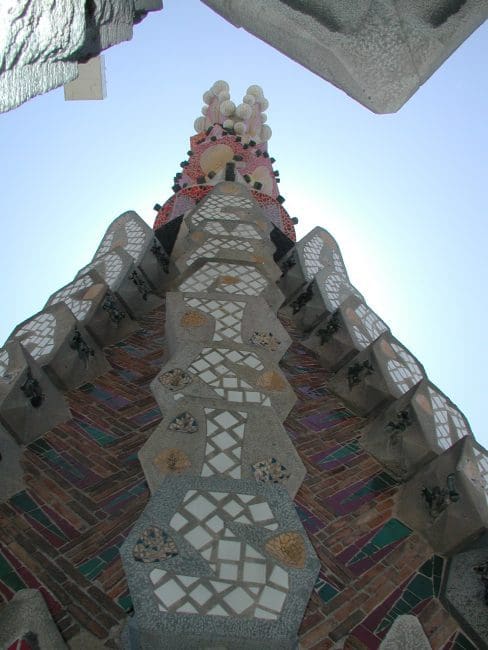 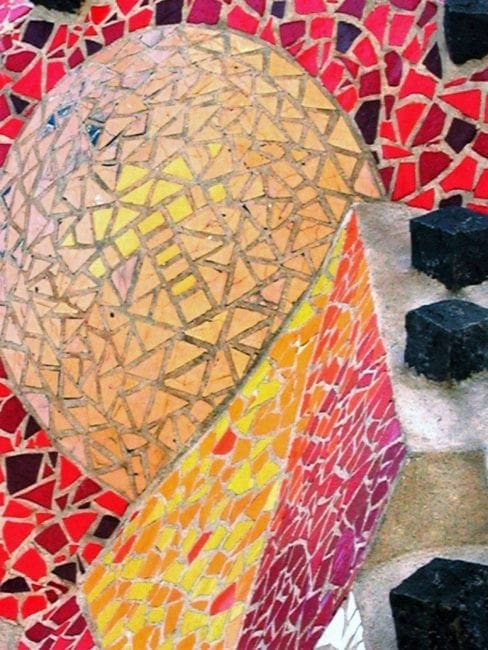 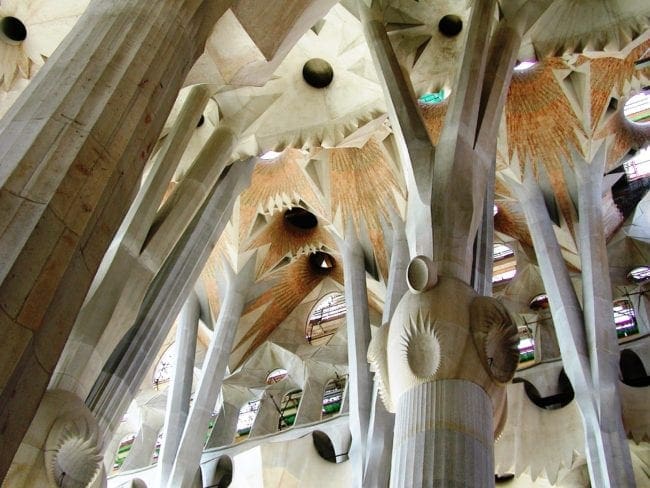 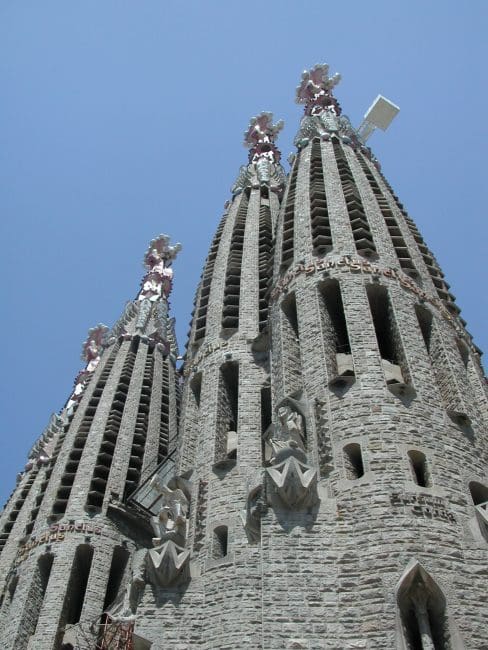 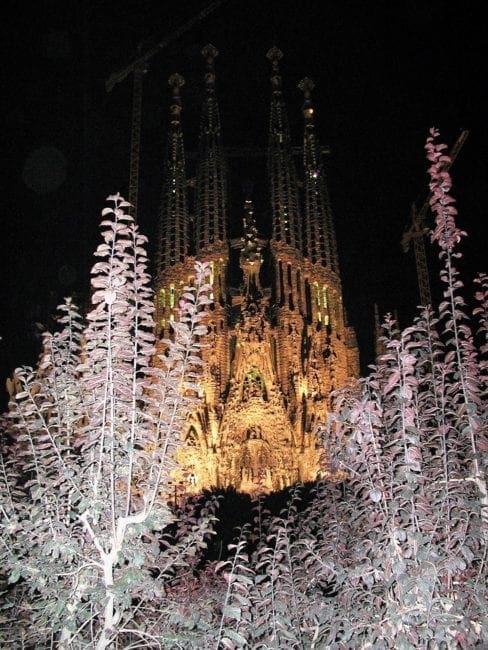