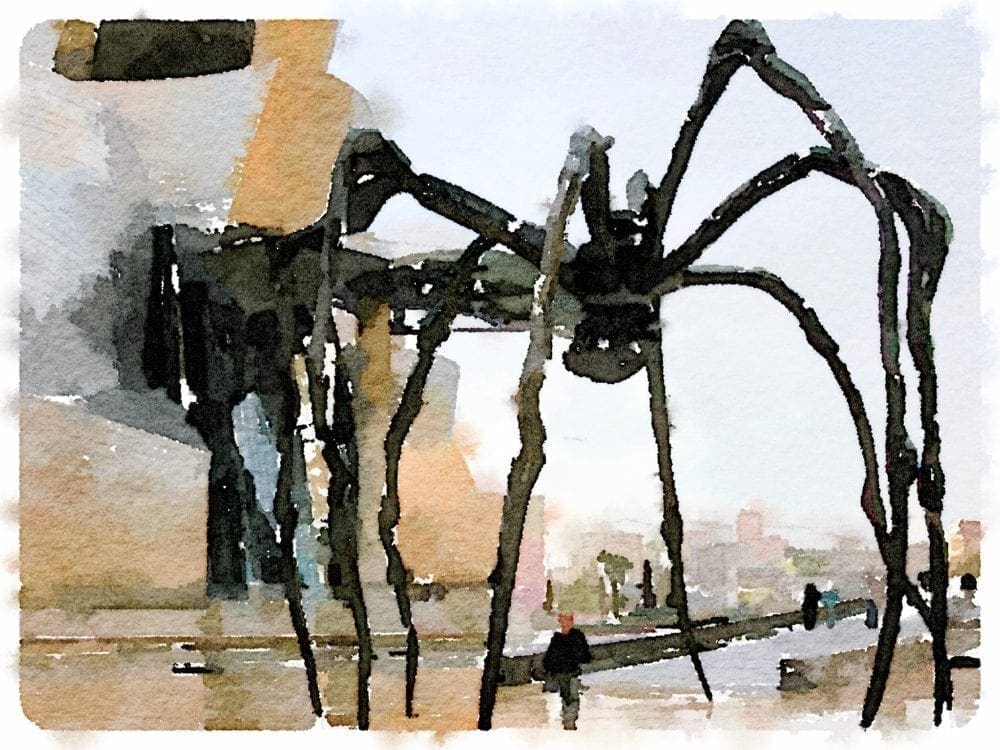 Spain - A Weekend in Bilbao

I knew Bilbao was a port, I knew it was the centre of the Basque separatist movement and  latterly it had come to my attention because of the of the Guggenheim Museum. I adore Frank Gehry’s scaly monstrosities, so it was an ideal weekend trip.

Bilbao is the largest city in northern Spain, a port on the Bay of Biscay and the de facto capital of the Basque Country. The construction of the Museum was a masterstroke that revitalised the city. It has won several prizes for urban transformation 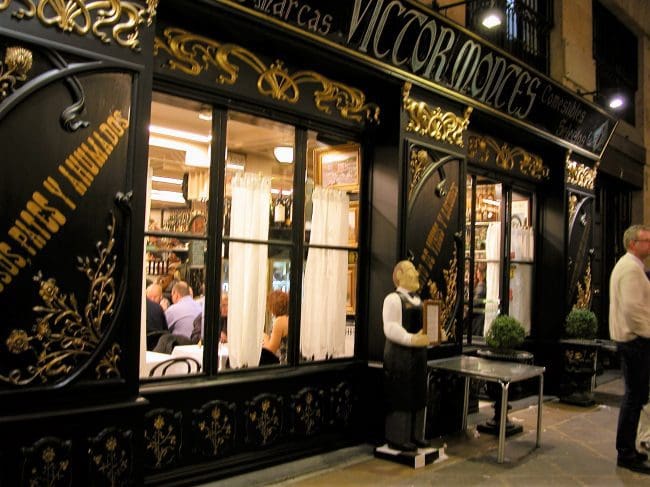 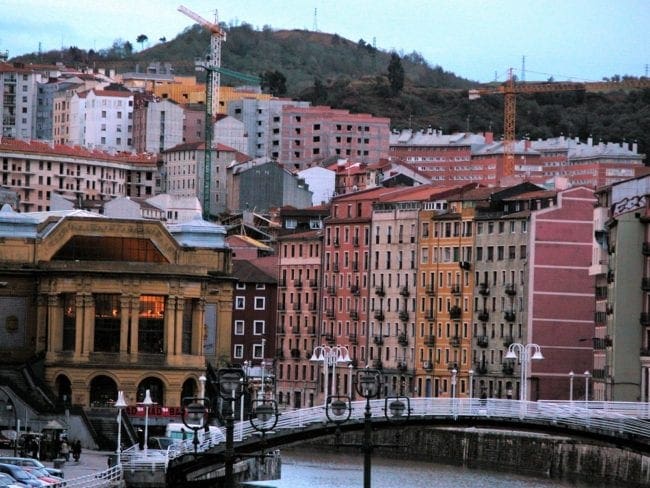 The museum dominates the city and the River Nervion, that runs through the centre of Bilbao. There's a tiny medieval centre - Las Siete Calles. The name means Seven Streets, so you get the idea. It used to be the walled part of the town, until the end of the nineteenth century. It's a European city so there's a city hall, a cathedral and lots of churches, a couple of squares and a theatre. There isn’t a great deal else to see other than fish restaurants, tiled bars with wooden benches oozing character and plenty of chain shops, like Zara (good bargains). But the gallery and surrounding artworks are absorbing and a stroll alongside the river, with its fancy new bridges and sculptures is rewarding. 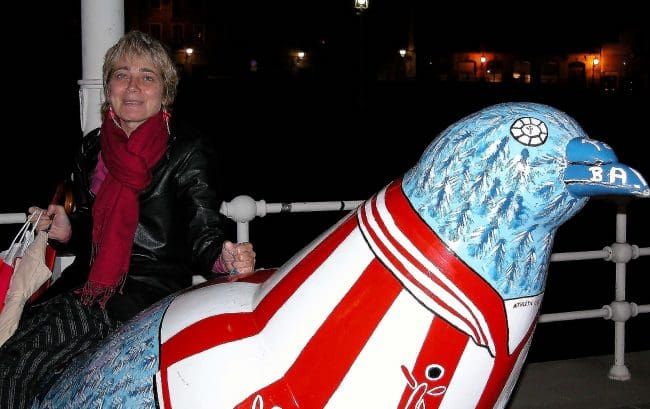 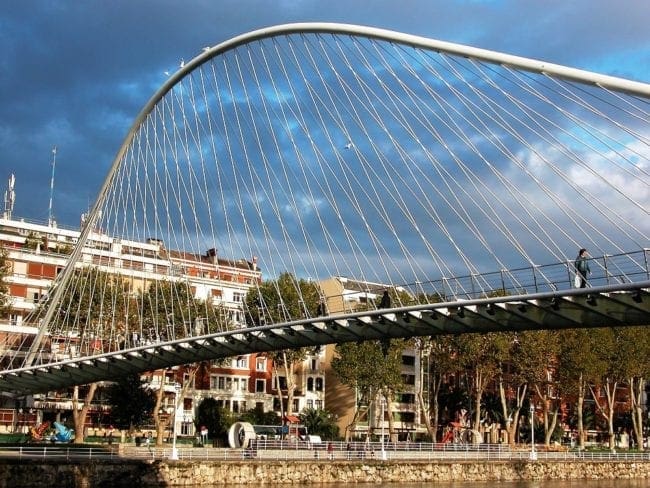 The Greatest Building of Our Time?

The Guggenheim Building is stunning. I could sit and watch it glinting in the sun for hours. I could swear it almost undulates against the blue sky. The Solomon R. Guggenheim Foundation, who own all the Guggenheim galleries challenged Canadian American architect Frank Gehry to design something daring and innovative. He rose to the challenge producing what some would describe as the greatest building of our time. I wouldn't go that far - my money is still on La Sagrada Familia, with possibly the Pompidou Centre as runner up. But this is definitely a masterpiece. 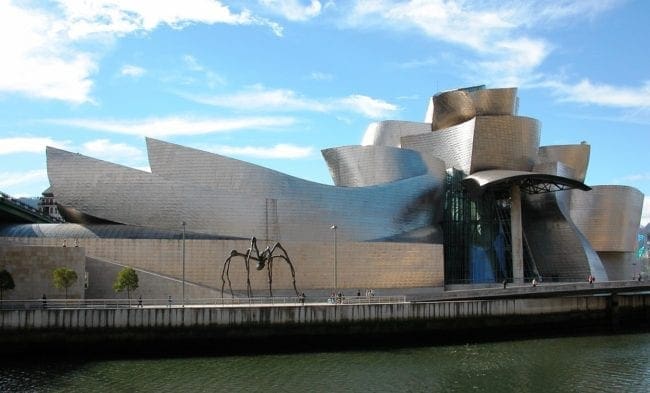 Opened in 1997, Gehry said that the titanium covered curves on the exterior of the building were intended to appear random, catching the light. Others say it's a dream ship or fish scales. Gehry did give the atrium a theme - he nicknamed it The Flower, because of its shape. There are nineteen galleries, with stone, glass and more titanium cladding.

It’s a shame the exhibitions inside all this space are ditch water dull. The best Guggenheim experience, by far is the view from the far side of the river. And thankfully alongside, the gallery, on the quay, is one of the captivatingly grotesque editions of Louise Bourgeois’s Maman spider. The sculpture is one of the largest in the world and the original starred at the opening of Tate Modern. Further stiff competition is provided by Jeff Koons giant hedge Puppy sculpture. But the winner has to be the grandly named Quantum Field X3, an outdoor installation by Japanese artist Hiro Yamagata. These are huge ‘Holographic Cubes Reflecting a Dazzling Spectrum of Colours’. I could watch the better than kaleidoscopic patterns for hours. 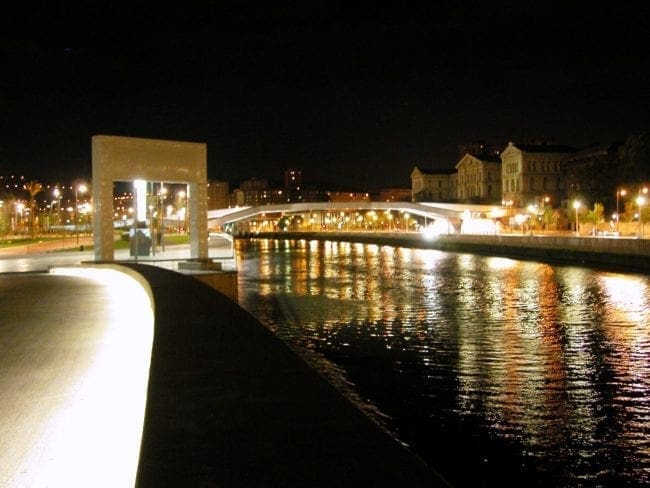 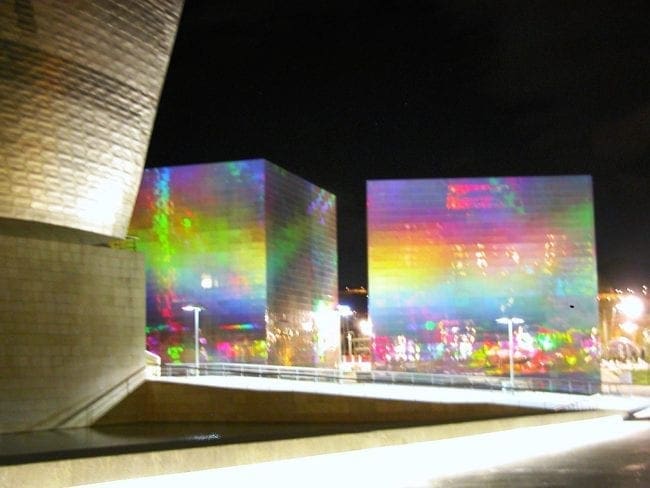 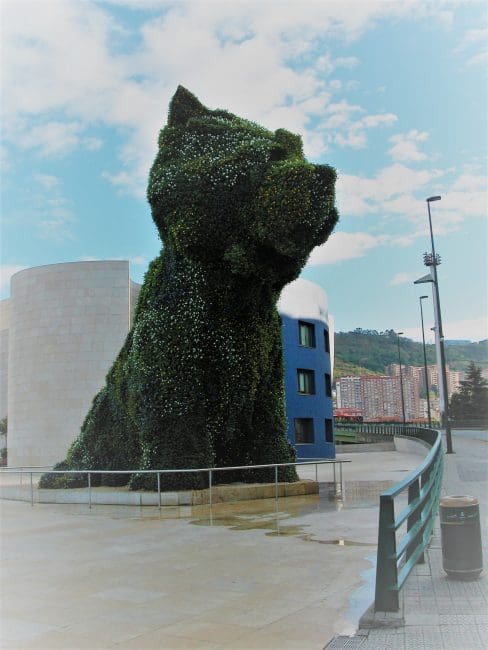 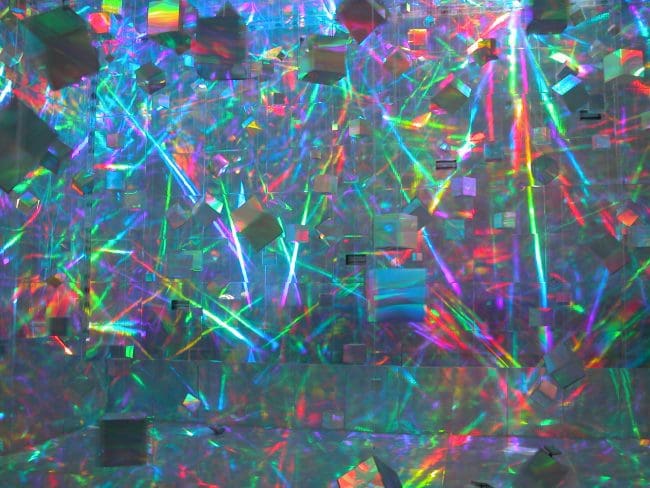 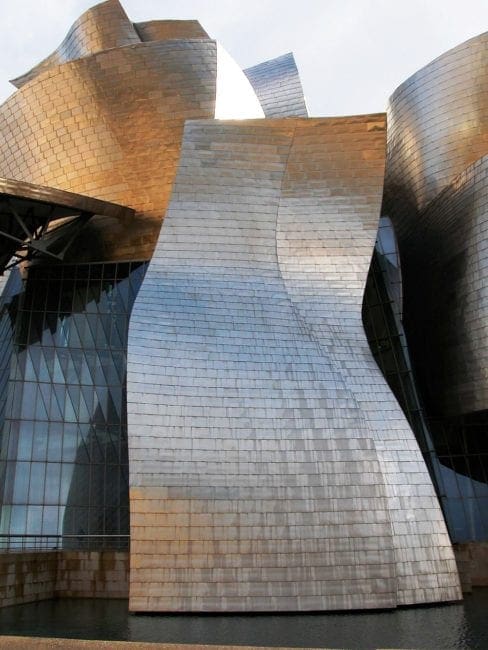