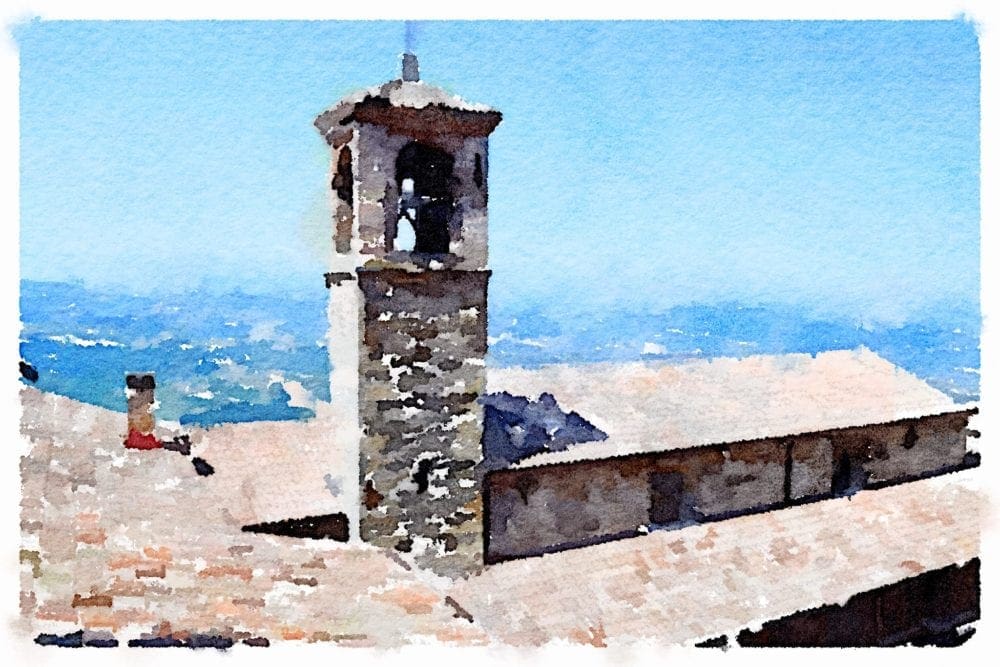 From Albania to Visit San Marino

San Marino is another tiny white spot on my map. When we drove to Tuscany in the 1990s I couldn’t persuade Chris to go that little bit further. So I’m planning on a day trip to visit San Marino from Rimini. You catch a bus from the station every half hour. I hope.

However, I’m having a bad day and things are not improving. I've arrived at Rimini and San Marino airport from Albania, but there are no taxis to be seen, just a long empty stretch of tarmac with the word Taxi written on it. I track down a bus and don't even have to pay, as the driver doesn't speak English and wants to leave while I'm scattering my belongings everywhere. He just waves me on. I'm headed for Rimini station and a bus to San Marino, but I have no idea where the station is, so thank God for Google. I've just missed the San Marino connection, of course and they go every 90 minutes.

I've been emailing Andy my Travel Counsellor travel agent in England to tell him about my tribulations. He replies that I'm like a cockroach, indestructible. I'm not sure that's a compliment. And I finally scramble on the bus to find that someone has lifted my purse while I was waiting. All my cash and cards. I’m now a destitute cockroach.

I can’t do much except stay on the bus and call the bank. They say Visa can send me emergency money. I spend most of the next two hours wandering around San Marino trying to talk to banks on my phone, which isn’t very easy as the signal keeps disappearing. The Italian phone system doesn’t even recognise the so called Italian visa emergency phone number, so I’m onto the UK one, though I’m pretty sure the folk talking to me are not in the UK. I’m promised a return call in three hours and some money in a bank somewhere.

I’m rushing round, as I’m not in the mood to visit San Marino. Lonely Planet says that a day is plenty to do this micronation justice, in any case. The famous UNESCO heritage medieval settlement is perched very high up indeed, on the top Mount Titano - a couple of castles with three towers and a little walled town. There’s a larger section down below called Dogana, but no-one is interested in that. There are no borders, no customs, just a little sign.

San Marino in a Nutshell

A Different Country From Italy

It’s roasting hot - 36 Celsius in the shade - and the Italians/Sammarinese  aren’t very good on sob stories. It obviously doesn’t help that I can’t speak Italian and not many of the locals understand English. There’s no consul here to ask for help. The British diplomatic service also lump San Marino and Italy together. The bus company give me 5 euros for a free ride back to Rimini (my ticket was in the purse), but not until I’ve cried all over the little man, and a café supplies water, for my bottle, on request, again after waterworks. I’ve got a cracking headache: heat, stress and dehydration. Now I have to try and work out how to get back to the bus stop.