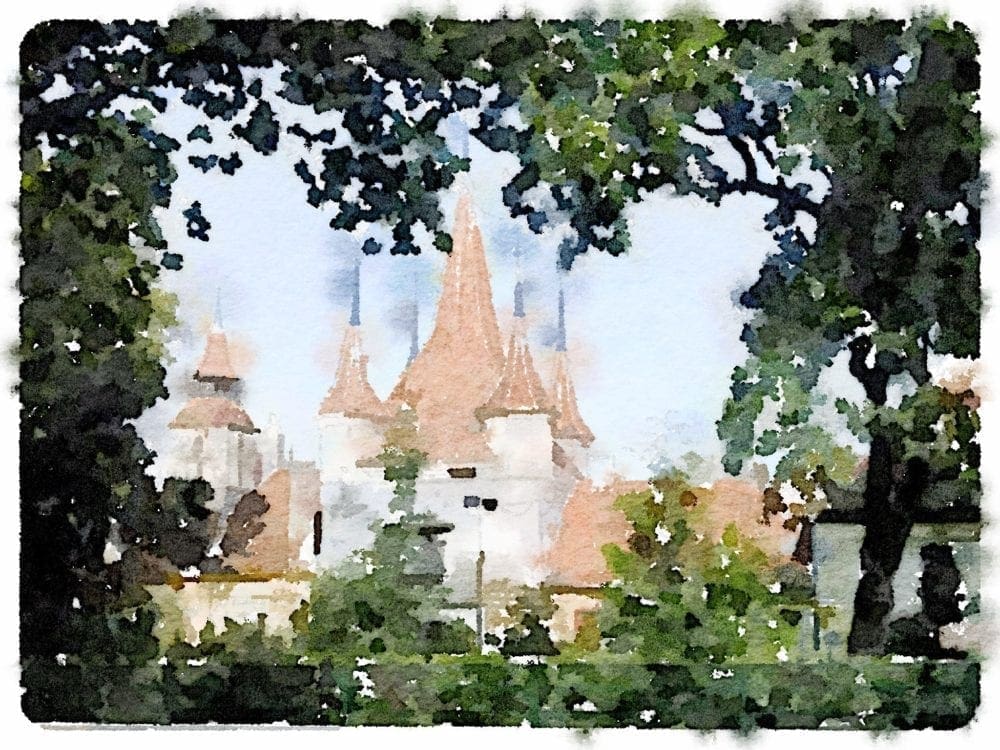 Bucharest, the Capital of Romania

Bucharest, the capital of Romania since 1832. According to legend, it was named after a shepherd called Bucur who was in love with a young lady named Dâmboviţa, (the river that flows through the city). Bucharest has contradictory reviews - drab and dull or modern and bustling. It turns out to be a mix of elegance and communist excess, if a little faded in parts.

Bucharest is situated on the Danube Plain, set amidst a series of lakes and spacious gardens. I’m not convinced its alternative title ‘The Paris of Eastern Europe' is warranted, despite its copy of ’The Arc de Triomphe’. It’s not the only city to have done that. The main excess comes in the form of the Casa Poporului, ex-President Ceausescu’s extraordinary parliamentary palace. This is the second largest building in the world, behind only the Pentagon. The building is eighty four metres high. It is also the heaviest building in the world.

Transylvania -Where are the Bears?

The main part of my short trip is spent in central Romania – Transylvania. It's known for medieval towns, the Carpathian Mountains, brown bears - and Dracula. The mountains are home to one of the largest virgin forests in Europe. There are, supposedly, 400 unique species of mammals, including the Carpathian chamois and sixty percent of the European brown bear population. There’s a lot of pre-tour hype about bears and it’s supposed to be 'very active preparation for hibernation' season However, our guide doesn’t seem optimistic that we will see one on our walk in the Bucegi Mountains and sure enough we don’t. Though there are some large paw prints in the mud. The locals say that here are plenty around - they forage in the bins, leave a trail of garbage behind them and are generally regarded as a nuisance. The mountains are suitably picturesque to compensate.

After our walk we drive to nearby Sinaia, renowned as the 'Pearl of the Carpathians' because of its stunning scenery. The first of a series of fantastical fortresses is Peles Castle. It was built for an imported Hohenzollern monarch called Carol and so resembles a Bavarian chateau, decorated with a riot of stained glass, Persian carpets, Renaissance weapons, ebony and mother of pearl. It was the first European castle entirely lit by electrical current. Next, adjacent, equally extraordinary art deco and art nouveau Pelisor Castle, largely the creation of Carol’s wife Marie.

The Sinaia Monastery, located close by, was founded by Prince Mihail Cantacuzino in 1695 and named after the great Saint Catherine's Monastery on Mount Sinai in Egypt. It is inhabited by 13 Christian Orthodox monks and has epic murals and ceiling paintings.

Bran Castle and Vlad the Impaler

The fortress highlight of Romania, however, the much touted fourteenth century castle at Bran. This is supposedly the home of the archetypal vampire Count Dracula, created by Bram Stoker. Stoker was inspired by the Romanian prince Vlad Tepes, the fifteenth century ruler of Wallachia. He was also known as Vlad the Impaler, because, so the story goes, he was fond of impaling his enemies and standing them along the roads. However, it seems that there is no evidence whatsoever that the infamous Vlad ever actually lived here. And Bram Stoker never even came near Transylvania.

Bran’s contents are mostly devoted to the British born Queen Marie of Romania, granddaughter of Queen Victoria, who lived here in the early twentieth century. The castle is perched on a crag in a valley between two high mountain ranges, and so, more prosaically, controlled the border and was a customs post.

Medieval Brasov is picture card perfect, an architectural delight of half-timbered Baroque buildings, cobbled streets, churches, cafes and inns all clustered within Saxon bastions. Highlights are the Casa Sfatului (the former mayor's office), the St. Nicholas Church), dating back to the 14th century, the First Romanian School, a museum with the first Romanian printing press, Rope Street, the narrowest street in Romania, the Old City Watch Towers. Black and White, Catherine's Gate, the only surviving medieval citygate, with pointy turrets (see up top) and the Brașov Citadel Fortress.

There's even a Hollywood style Brasov sign, as well as numerous umbrellas proclaiming that this is the best city in the world. It's all presided over by a magnificent fifteenth century Gothic cathedral, the so called Black Church. The building dates from 1477 and it acquired the name after being blackened by smoke from a fire in 1689.