Poland - Kraków After The Wall Came Down

Jenny and I on our After the Wall Came Down tour. Berlin to Warsaw. Another train to Kraków, much more touristy than Warsaw, with its well-preserved medieval core. The Old Town of Kraków, with Wawel Castle, was included on the first list of World Heritage Sites, in 1978 (alongside Yellowstone National Park and the Ecuadorian capital Quito).

Kraków dates back to the seventh century, but the early town was destroyed by the Mongols and the main pace of early development of this merchant town took place in the thirteenth century.  It was the capital of Poland until 1596. It remains the second largest city in Poland, with a large suburban area (population eight million), and a leading European centre for the arts.

The Old Town is centred on the huge Rynek Glówny (Market Square), Europe's largest, with its arched promenades alongside the Renaissance Cloth Hall and St. Mary’s Basilica, a(nother) 14th-century Gothic church with imposing towers. There's also the tenth century Church of St. Wojciech and sundry other monuments and sculptures including the 1898 Monument to Adam Mickiewicz (Poland's national poet). 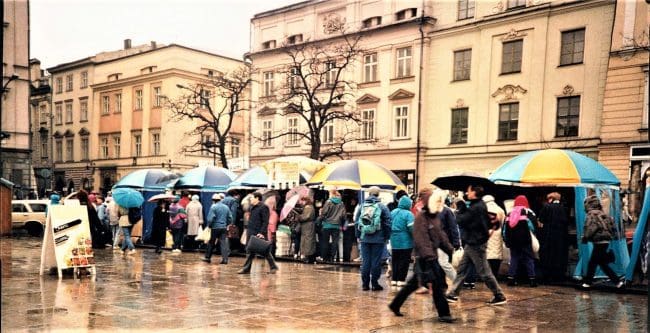 Rynek Glówny is definitely the heart of town and the place to go for people watching. There's plenty of street entertainment, both organised (concerts, dance, music) and impromptu. The downside of course, is that it can get overly crowded and hectic. But there are a whole range of shops in the arches under the Cloth Hall to wander, tempting folk to part with their tourist dollar. The level of the Market Square has risen, over the centuries and the exposed cellars (like the arches on Brighton seafront) are now converted into lines of cafes, bars, restaurants and pop up art galleries. This fascinating square could easily consume a day on its own, if you include the surrounding streets. Each hour is marked by a trumpet that is played from the highest tower of the church.

The Wawel Castle complex sits atop a limestone outcrop on the left bank of the Vistula River, 228 metres above sea level. Wawel Cathedral is also there, so the Polish monarchs could be conveniently crowned and buried next to their home. Some of Wawel's oldest stone buildings can be traced back to 970 AD, but the current castle was built in the fourteenth-century, and expanded over the centuries. Today, it's an art museum.

What else? There are remnants of the city’s medieval walls to see. Kazmierz The Former Jewish District rewards exploration. Otherwise, charming townhouses, ornate palaces and plenty more churches to visit, with numerous tea rooms  juxtaposed between them, to compensate. 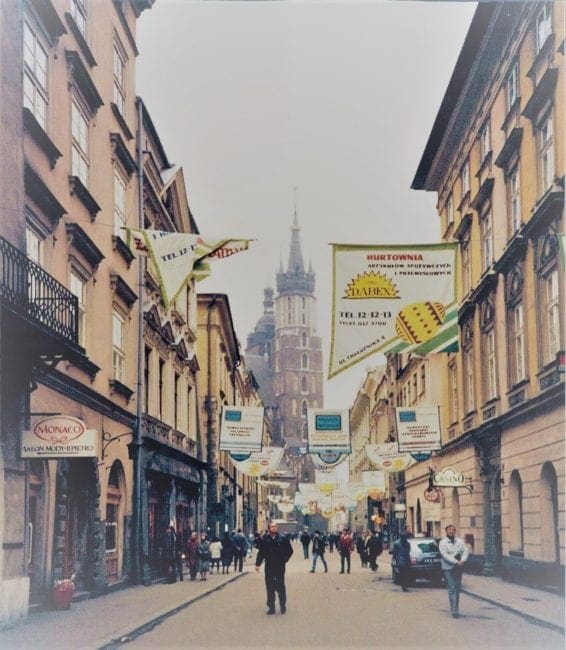 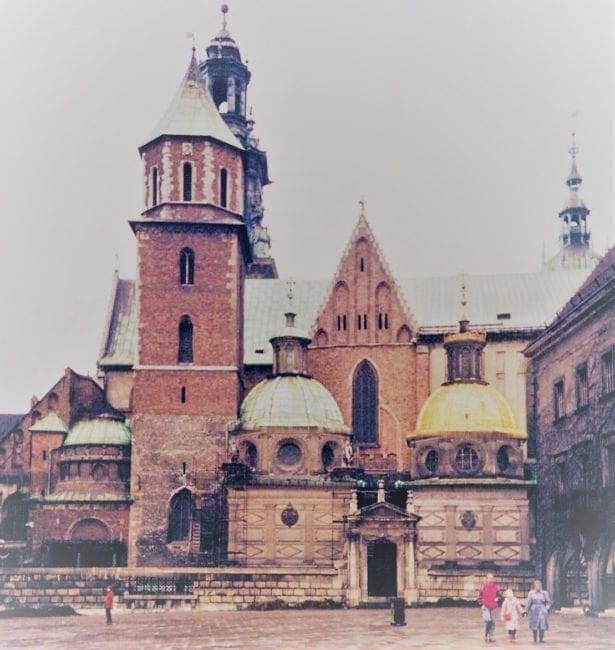 A side trip to  the town of Oświeçim. We had time to visit either the salt mines or the Auschwitz-Birkenau Concentration Camps. We decided on the latter. Everyone should go at least once, if they can.

Auschwitz was the German name for Oświeçim. The concentration camp here consisted of Auschwitz I, the main camp, Auschwitz II-Birkenau, a concentration and extermination camp with gas chambers, Auschwitz III-Monowitz, a labour camp for the chemical conglomerate IG Farben and dozens of subcamps, mainly near industrial plants. At least 1.1 million prisoners of the Nazis were killed by gassing with the pesticide Zyklon-B. Those not gassed were murdered via starvation, exhaustion, disease, individual executions, or beatings. Others were killed during medical experiments. Ninety percent of the prisoners killed were Jewish, as part of Hitler's "Endlösung der Judenfrage" (the final solution to the Jewish question). The first exterminations of prisoners took place in September 1941. In 1947, Poland founded the Auschwitz-Birkenau State Museum on the site of Auschwitz I and II. In 1979 it was designated a World Heritage Site by UNESCO. 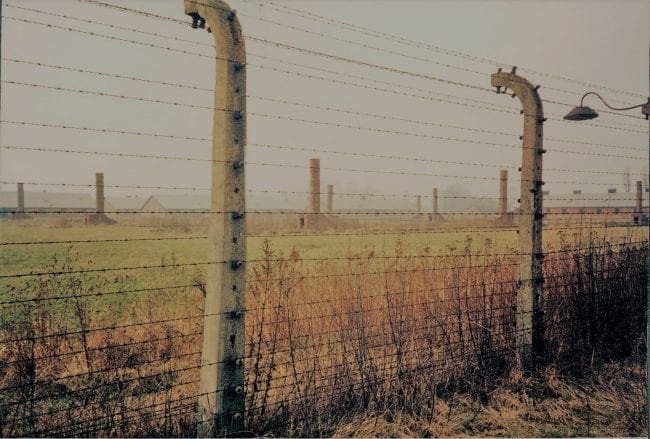 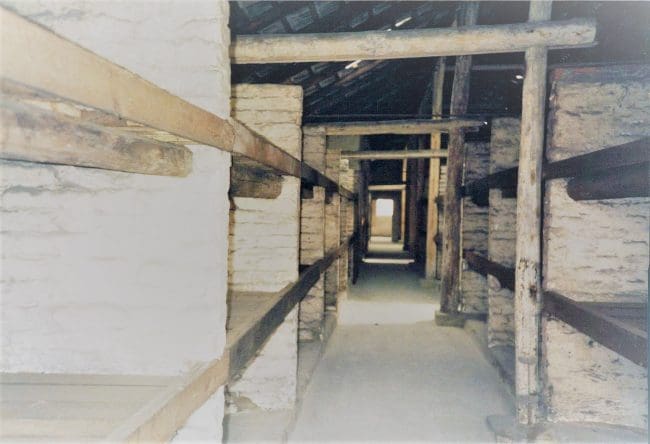 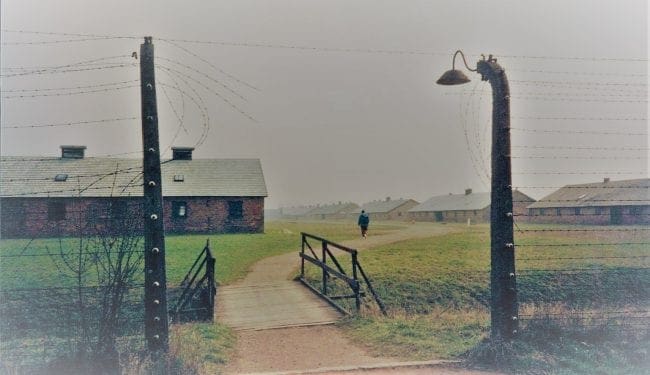 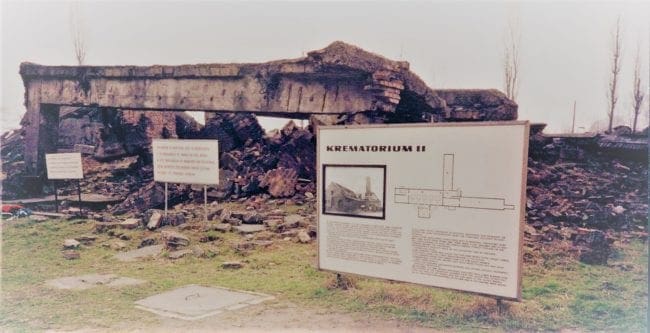 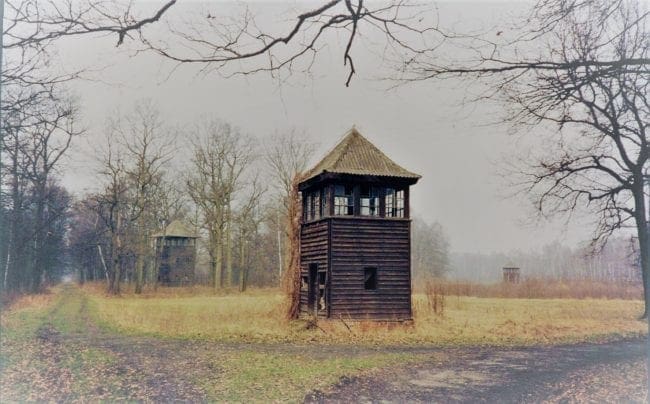 It is a bleak, misty morning. We arrive early at Birkenau, and while Jenny is looking for the entrance or ticket office I wander in, past the bucket toting cleaners; no-one else in view.  It is vast and flat and eerie. I follow the gruesome railway lines decanting the Jews to to the gas chambers and the ruins of the crematoria blown up by the retreating Nazis. Most of the remaining inmates were sent on a death march into Germany and/or Austria.

New arrivals to the camp were subject to 'selection'. An average of just 20% kept alive, as prisoners performing slave labour. Employed mostly in constructing new parts of the camp, or at German companies supporting the Third Reich. Or transferred on a mass scale from Auschwitz to sub-camps. German doctors performed a variety of experiments on prisoners here. These included testing. the efficacy of X-rays as a sterilization device, infecting prisoners with fever for vaccination research and exposure to various poisons. The most infamous doctor at Auschwitz was Josef Mengele, the "Angel of Death", who worked with identical twins, dwarfs, and those with hereditary disease. Mengele set them up in a kindergarten, gave them better food rations, experimented on them and then killed them.

The dilapidated wooden huts that housed those not immediately doomed and the messages painted on the hut walls ‘Arbeit macht frei’. Bleak and haunting. Then I get lost, in the foggy lands beyond all the barbed wire. and can't work out how to find my way back. A frightening and hugely emotional experience.

Auschwitz I, a more organised, but equally sobering experience, with a tour. This was the administration centre. The Punishment Block - flogging and torture, for the minutest offence - were the order of the day. One of the most famous of the many heart wrenching stories told of this place is that of Father Maximilian Kolbe (now canonized). He was imprisoned in Auschwitz and continuing to act as a priest, was subjected to considerable violent harassment. At the end of July 1941, a prisoner escaped from the camp. 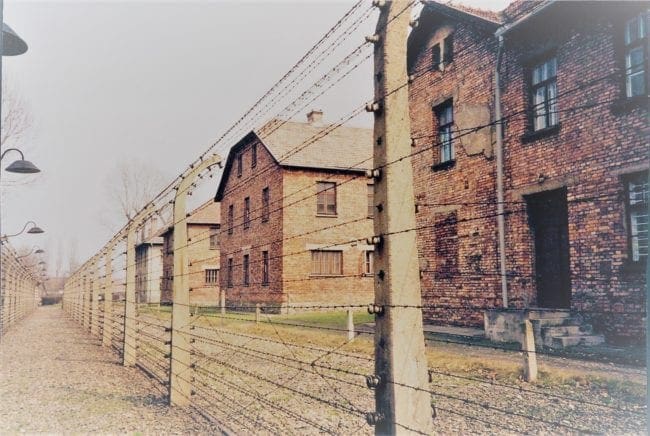 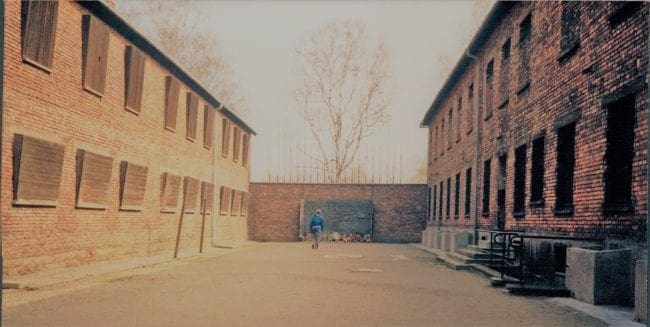 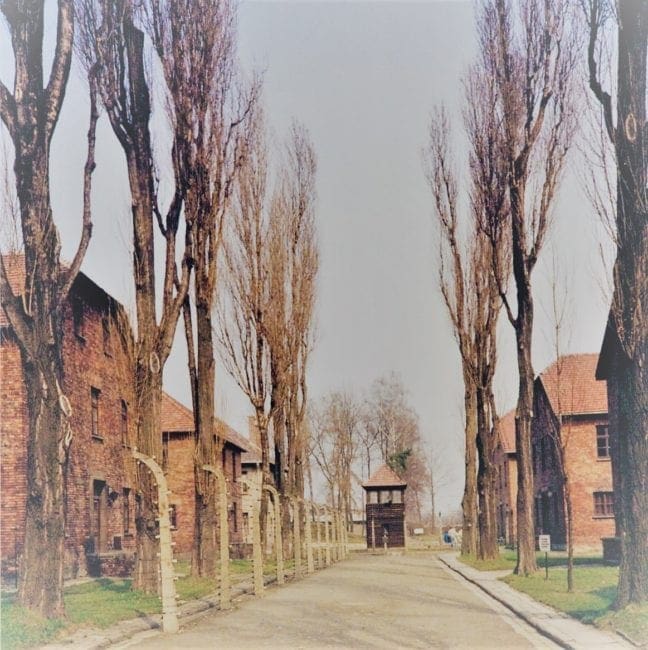 So, as a deterrent to further attempts, the deputy camp commander, decided to pick ten men to be starved to death in an underground bunker. When one of the selected men, Franciszek Gajowniczek, cried out, "My wife! My children!" Kolbe volunteered to take his place. According to an eyewitness, an assistant janitor, Kolbe led the nine other prisoners in prayer. Each time the guards checked on him, he was standing or kneeling in the middle of the cell and looking calmly at those who entered. After they had been starved and deprived of water for two weeks, only Kolbe remained alive. The guards resolved the situation by giving him a lethal injection of carbolic acid.

Adjacent to the Punishment Block, the execution yard - the bullet ridden Death Wall. This was used, in the main, for Polish political prisoners.

The poignant piles of suitcases, shoes and teeth. The frailties of mankind.

Next, a train to Hungary.