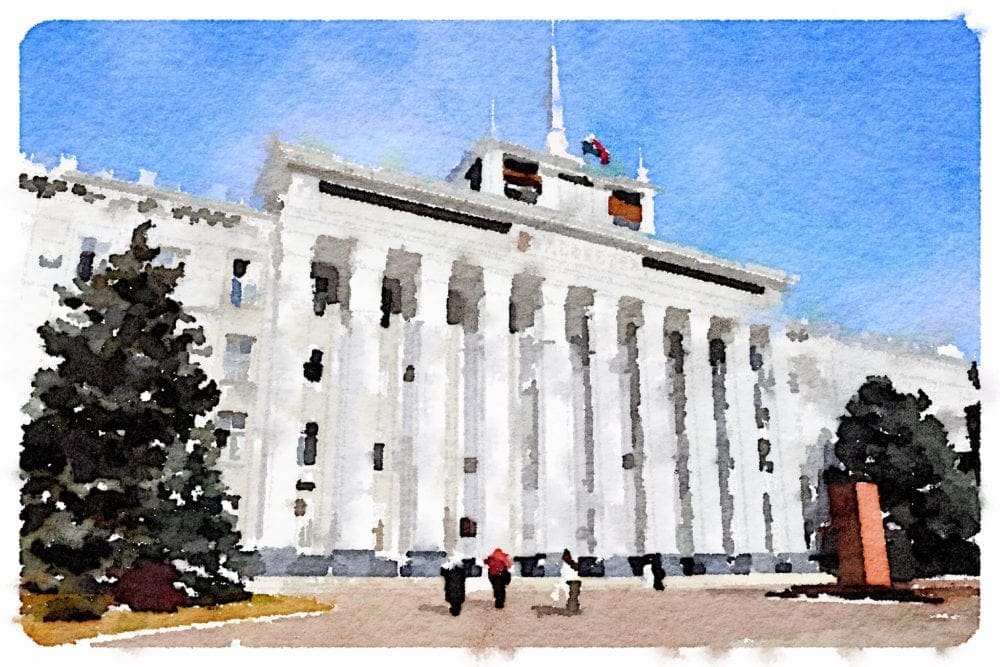 Transnistria - A Safe Place to Visit?

‘Even though it´s unlikely that bringing up sensitive matters will have any other consequences than a KGB interrogation, it´s best to avoid it to be on the safe side. Remember that your embassy will have limited ability to help you if you run into trouble with the authorities, given that Transnistria is not recognised by any other sovereign state.’ Perhaps I should have read this Wikitravel advice before I set off.

‘Be careful when taking photos. Avoid brandishing your camera around military checkpoints and other places that might have some sort of "strategic importance" (this definition can vary wildly). That said, taking photos of most public places and buildings in Tiraspol should be OK.  The major cities are safer than Western European and American cities of similar size and economic makeup. Also, despite the political situation with Moldova, there is essentially no threat of being caught in a military action. There has not been fighting in Transnistria for many years. By far the biggest threat to the traveller is scamming.’ It adds.’ However, even when scams are attempted, it is often for no more than a few euros.’ That’s ok then.

I booked my tour to visit Transnistria on the Internet and am a little alarmed when my car turns up to fetch me in Chisinau, the capital of Moldova. It contains three stocky men wearing leather jackets. One guide, called Vladimir, one driver and one driver instructor I’m told. I feel as if I’m on a Mafia excursion, but decide not to pass on this information. Instead, I tell them they’re my Three Musketeers. TC Ted is D’Artagnan. They say I must be Milady, then, so that’s ok. I don’t understand why there’s an official border if Moldova doesn’t recognise Transnistria, but there is, and visas have to be obtained. They must not be lost under any circumstances I’m warned, or a great deal of bribery will be necessary.

Despite all the scare reports, everything goes smoothly. We navigate two border posts from Moldova and enter Bendery. It's extremely quiet, if not effusively welcoming; there are very few tourists. Bendery is the Russian name. the Moldovans call it Bender and officially its part of Moldova and not Transnistria. First stop is a circular monument and some Russian statues. There's also a Russian tank at the ready (under cover) that Vladimir tells me not to photograph. Beside the Dnieper River a restored Ottoman fortress, but I can't visit that as it's full of Russian soldiers.

This is Not Russia

Russian aid is immediately obvious from the moment we cross the border and the car stops juddering. Here the roads are smoothly surfaced. Lenin presides outside one of the many government buildings. There are soviet apartment blocks and memorials, as well as Russian police, The official language is Russian, all the signs are in Cyrillic and the currency is the Transnistrian ruble. This is appropriately pronounced rubble, as no-one will change it back to another currency. It’s all clean and neat.

Next we visit Tiraspol, the capital. The Green Market is extraordinarily cheap and Vladimir buys me far more fruit than I can eat (you can taste it all first). Then it's the memorials, Lenin, another tank on a plinth (I’m allowed to photograph this one) and a church or two. There are beggars singing in the park, as well as a woman selling cats (Vladimir says this is common) and we saunter along the high street eating grapes. Vladimir says the apartment blocks are original, middle aged, but still in good nick. ’Like me,' then. He laughs again.

The Sheriffs of Transnistria

So Transnistria is almost like being in Soviet Russia, but there are parallels with today’s Russia too. Much of the country’s economy is run by two brothers. This is why the name Sheriff is plastered over gas stations, shops and hypermarkets throughout the fifty mile strip. They have just installed an extraordinary complex of 14 football stadia and are now constructing a mammoth market in the centre of town. I point at another large store and ask if they own that. ‘No’, replies Vladimir. ‘Not yet,’ I suggest and he grins.

I’m still grappling with the absurdity of the political situation. Russia won’t officially acknowledge Transnistria, but is clearly providing much support, including free gas and supplementing residents' pensions. Vladimir envies the financial support and the industry of the people. He says, unlike the Moldovans, they work hard and grow food here. But it’s too quiet for him. Russia also provides over 1,000 troops (or more depending on who you believe), to the consternation of Ukraine, on the other border. Vladimir says that this was the site of more or less the entire Russian arsenal post-war. It’s unclear how much of the biggest weapons deposit in Europe still remains. No wonder the Russians like things just as they are. And no wonder Moldova just has to put up with it.