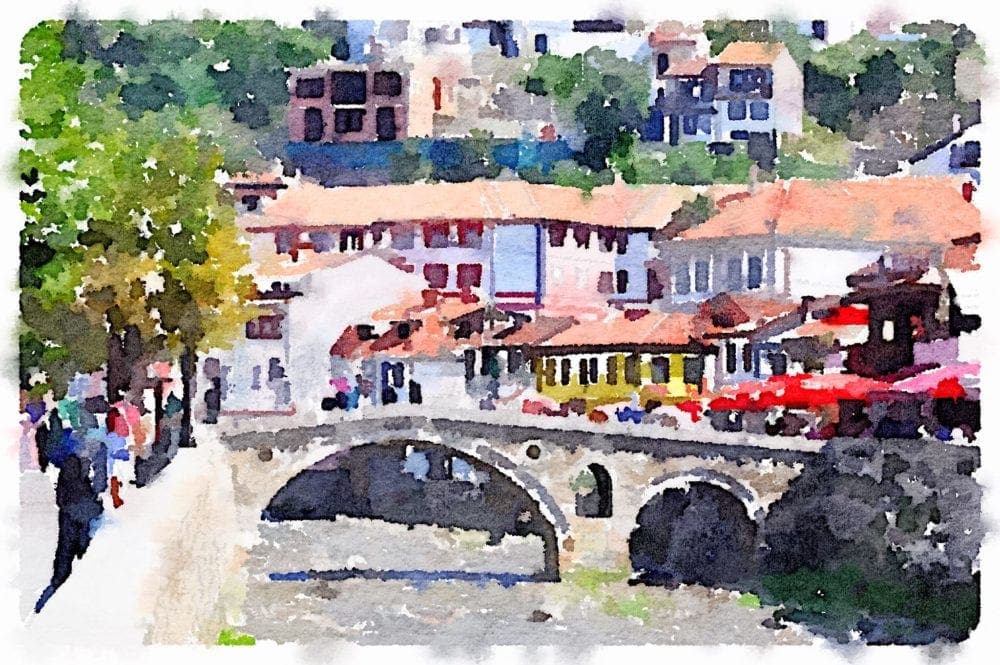 Back into Kosovo from North Macedonia. Kosovo unilaterally declared its independence from Serbia on 17 February 2008. Kosovo is still disputed territory and is only partially recognised as a sovereign state ( by 98 member states of the United Nations), mainly because Serbia still objects. Serbia believes that much of Kosovo is historically and importantly linked to Serbia. It’s also strategically important as a South European link. There are ongoing tensions between Kosovo's Albanian and Serb populations.

Most of the centre of this landlocked country is dominated by the vast plains and fields, whilst the borders are mainly mountainous.

The capital city of Kosovo, Pristina, doesn’t look too pristine. There are the ubiquitous roadworks and much of the city is a huge building site. Since the war in1999, the city has changed dramatically. Many older buildings have been cleared to provide open spaces, gardens and squares. The predominantly Albanian-speaking population faces further challenges. It's reported that there are severe water shortages and the supply is limited at times. We don’t stop and sightseeing consists of squinting out of the bus window. The surrounding mountains and waterfalls are more rewarding.

Prizren is prettily located with a mountain backdrop, on the border of Albania and Kosovo.  It has the best-preserved old town in Kosovo so earning its alternative name,‘The Museum under the Open Sky’. It is divided by the Lumbardhi River, criss- crossed by numerous elegant bridges. On one side of the valley are the Sharr Mountains, on the other the ruins of a hilltop citadel.

This is a very culturally diverse town, with mosques sitting next to Orthodox churches and monasteries. It’s an interesting wander through the old town and alongside the water. There are stalls piled high, and modern shops blending with small craft boutiques, delis, barbecues, bakeries and sweet shops. The old domed hammam has been closed and is covered in scaffolding

After passing tantalisingly close to Albania (they won’t let me pop over the border) we pass by a wiggly Ottoman bridge at Gjakova. We visit a Serbian Orthodox monastery at Decani, described by UNESCO as "an irreplaceable treasure, a place where traditions of Romanesque architecture meet artistic patterns of the Byzantine world." We overnight in the city of Peć, surrounded by more dramatic mountains. In medieval times the city, was the seat of the Serbian Orthodox Church. The Patriarchal Monastery of Peć is another UNESCO World Heritage Site - part of the Medieval Monuments in Kosovo. Black robed nuns and monks play good cop, bad cop. The nuns are really helpful and informative, the monks eye us watchfully to make sure we meet the expected standards of behaviour and attire.