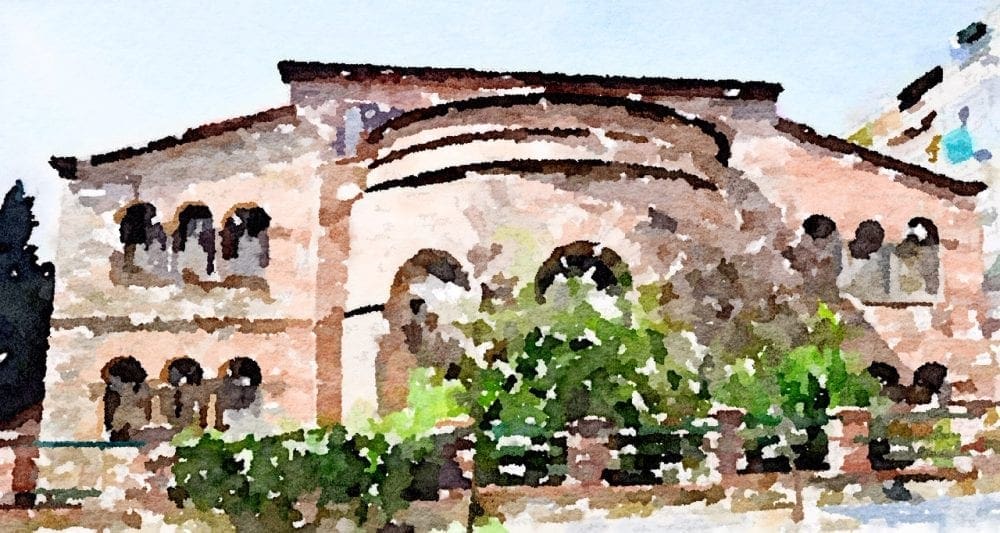 Timeless Thessaloniki - Greece in the Time of Covid - Part 1

Thessaloniki is the second-largest city in Greece and the capital of the region of Macedonia, with over one million inhabitants, It is also a gentle seaside city that rewards exploration. It is one of those places where there’s a surprise round every corner. Usually in the form of an ancient red brick church with tiled and domed roof or an excavated section of Roman palace. And statues of Alexander the Great, naturally. Filling the spaces between the ruins are modern squares, boutiques and eating places. Every other building seems to be a café, bar or restaurant, ranging from the pleasingly traditional with wooden tables spilling onto the pavement, to polished metallic counters with steaming coffee machines.

The eateries stretch along the seafront and promenade to the newly renovated port in one direction (gleaming restaurants and museums). In the other, the city’s most famous landmark, the (originally Venetian, but renovated by the Turks) White Tower, looking out to sea.

Just off Aristotle Square is a labyrinth of street stalls and tavernas, a lively market area where everyone is exceptionally friendly, even though I’m not buying. In fact, everyone seems very friendly everywhere.

The fish in one of the traditional Thessaloniki tavernas is sublime - perfectly steamed mussels and grilled sea bream on a bed of stewed potatoes and carrot. Most of the restaurants in Greece present something extra along with the bill. Sometimes its the milky mildly aniseed spirit ouzo, but more often a delicious sticky dessert, maybe creamy yoghurt laced with honey. So, it's literally a sweetener and though enticing, probably not very healthy. What does The Aeneid say? 'Beware of Greeks bearing gifts....'

Thessaloniki is also known historically, as the co-capital, because it was the co-reigning city of the Eastern Roman (Byzantine) Empire, alongside Constantinople. The most famous church the Hagia Sofia, dates from this time (seventh century). It is a sister to the Hagia Sofia in Istanbul (Constantinople). It is right in the centre of town, with its own square. There are numerous other pretty domed Byzantine churches beckoning., The

Another landmark is the rotunda church, just uphill from the Roman arch of Galerius. The Emperor Galerius did a lot of building here. His palace ruins are just across the street. There are a plethora of Roma ruins, full stop. A forum, baths, a restored theatre/odeon. It seems incongruous to find so many Roman remains in Greece, though it makes perfect sense chronologically.

Ottoman Thessaloniki and the Old Town

Up a long steep hill - I took a taxi - is the 'Old Town'. Here there is a great view out to sea and across the port and more elderly buildings mixed up with newer ones. The old buildings in the Old Town aren’t as old as the ones down the slope, however, as this area was the one mainly settled by the Ottomans. Tavernas, villas and apartments make the most of the panorama, although for some the views are limited by the walls of the fortress and tower that once enclosed the ancient city. It seems that the Turks used old Greek columns for the base of their walls. Some Ionic rams horns are clearly visible at the bottom.

My Hotel in Thessaloniki

The Modernist is going to get five stars from me. The ladies in reception are the friendliest and most helpful of any hotel I have ever been to. The rooms are lovely and the breakfast utterly divine. The breakfast bar is arranged behind perspex, with due attention to Covid preventing hygiene and looks just like the best deli you ever saw. Seeded bagels dangling on little hooks. Fresh orange juice…

Next - a day visit to Mount Athos and then on to Meteora.