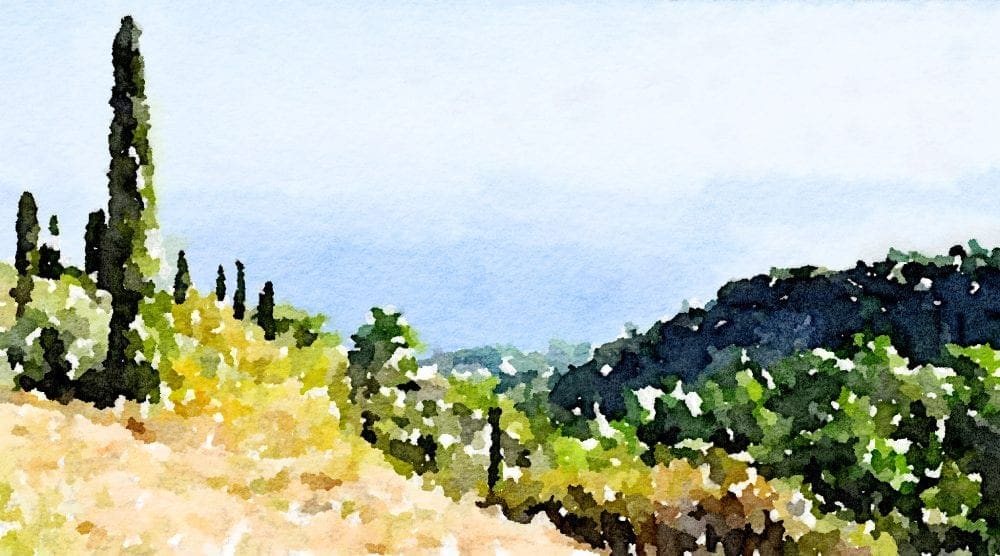 To Samos from Milos by plane via Athens. Samos is not your typical Greek island. It’s covered in pine forest, which is really green, even at the end of the dry season. The vegetation is interspersed with amphitheatre like vineyards. Since ancient times, when Samos was an especially rich and powerful city-state, it has been particularly known for its vineyards and wine production – mainly a sweet Muscat. The roofs are red tiles and the houses are multihued.

According to Strabo, the name Samos is from the Phoenician meaning "rise by the shore". And it definitely does, soaring out of the sea and rising to two large peaks, Ampelos and Kerkis. Ampelos is the larger of the two and occupies the centre of the island, but Kerkis, is the tallest. The mountains are a continuation of the Mycale range on the Anatolian mainland, which Anatolia beckon across the water. They’re so close I feel I can reach out and touch Turkey; there’s actually a mile of water - the Mycale Strait – that separates the two countries here. It's not considered to be a significant distance by Vodafone either; they are trying to charge me Turkish rates.

My Hotel in Samos

Samos thankfully doesn’t go in for large hotels or all inclusive resorts and my small boutique establishment, Armonias Bay Hotel, is one of the largest on the island. It’s nestled into the cliffside, surrounded by olive groves and orange orchards. It’s family run and the staff couldn’t be nicer or more helpful. The breakfasts on the terrace overlooking the bay – Greek yogurt with honey and nuts is noteworthy – are a highlight. And I’m spending most of my time on the swimming pool tucked round the corner from the terrace, being grateful for the unseasonably warm October weather. The hotel cat, black white and ginger is pretty well fed but still sin’t above begging when I’m eating. She’s looking over my shoulder at breakfast and follows me up to my room afterwards, clearly hoping for some kind of fun and games.

The hotel is just above Tsammadou Beach (appropriately almost Xanadu), which is touted as one of the prettiest on the north side of the island. The best view is the one from the window of my room looking down onto the perfect turquoise bay. The pebbles are smooth discs and the water absolutely crystal clear.

Eating Out Round Kokkari

The first night I eat at the hotel. The food is gorgeous, shrimp tartare and bream cooked in parchment. A snowy tablecloth by the edge of the pool, looking out over the bay. But I’m the only diner and it’s a tad lonely. I also feel bad keeping the chef out just for me. Though maybe he’s glad of the work.

Google tells me that there are numerous restaurants along the road to Kokkari village in the east. So The next day I walk along the cliff tops, and down to Lemonaki Cove, a smaller version of Tsammadou. I’ve read that there a restaurant on the beach there. But it’s closed, beach beds all stacked up alongside and no sign of life. Covid or end of season? I’m not sure. The same goes for the bar at the far end of the beach. Up to the cliff to and along to Helen’s Tavern. Closed too. Though Google tells me it will open in half an hour. Is Google to be trusted? I wonder. There are tables out here, but still no sign of life.

I’m beginning to feel a little desperate. I expect the chef at my hotel’s gone home by now. I scan my map and call the next taverna along the road – Google assures me the Marina Restaurant is open and it is, though its name is a little optimistic. I can just see the sea from my ‘garden table’ if I squint. Saganaki (fried cheese) and lamb chops. I had the same choices at Meteora and it was utterly delicious. This doesn’t quite match up. The slab of battered cheese is huge, but salty. And this is definitely a case of mutton dressed as lamb. The chops are huge ribs, almost as long as mine and the meat is so leathery I give up trying to chew it. But there’s gin.

On my third day I walk for half an hour into Kokkari itself. The village has plenty of tavernas, along the beach and lining the wharves and squares round the port. Maybe half of these are shut, but the rest are hopefully open, gay tablecloths and chalk menus – Authentic Greek Cooking they all promise. There’s little evidence of customers as yet.
Kokkari isn’t exactly pretty, maybe it would qualify as charming if it were more lively; but it definitely has character. There’s an imposing central church, some winding streets and plenty of bars - even some souvenir shops.

The beach is stone and the buildings here are a hotch potch of glass, wooden shutters, colours and sizes, an assortment of parasols and beach beds, everything from plastic to raffia. But there’s a great view and at Akrigialia waiter Nikos brings a fish feast to my wooden bench on the pebbles. Cats are again ubiquitous. They appear magically whenever I eat; a tabby delicately scrambles onto my lap at one point, fixing soulful eyes on me. And my fish. A huge posse of hangers on miaow plaintively from under the chairs and Nikos mournfully bewails the effect of Covid on business in the town.

I’ve left my driving licence at home and the rental companies aren’t keen to rent to me on the basis of a photocopy. I’m not wild about driving anyway, after my exploits in Milos, so I’ve done a deal with taxi driver, Pantelis for the day. Most of our stops are views above more beautiful beaches or looking down to the Mediterranean across cypress laden slopes, from delightful mountain villages.

The hamlets, the largest, Manolates, especially, are a warren of terraced narrow streets, plants encased in terracotta, a church, a tiny main square and a sprawl of tavernas. The tables are all laid out in the hope that some tourists will emerge before the end of the season.

Pantelis’ other job is renovating houses and I wile away some time indulging in fantasies about buying one of the village houses – apparently they are to be had for 20,000 euros. Though renovation will quadruple the outlay. There would definitely be worse places to live. Pantelis says that Samos wasn’t so lush a few years ago. There was a fire that resulted in two thirds of the island being scorched and blackened. There’s little sign of it now

The second town of Karlavasi, at the north west corner of the island on a small plain, used to be a huge leather production centre but all the stone factories are now in ruins. Beyond Karlavasi is Potami, yet another contender for most gorgeous beach on the island.

Across the mountains and another maze of narrow streets in Platamon to more beaches. One called Psilli Ammos has sand instead of pebbles (the name literally means fine sand) – a novelty on this island. There are a string of picturesque ports - Kampos, Pefkos, Ireon. It’s drier in the south, the mountain backdrop more barren and rugged.

The must see in the centre of the south is the ancient town of Pythagoreion, named after the Greek philosopher and mathematician Pythagoras, who was born here. He’s not the town’s only claim to fame. It was also home to philosophers Melissus and Epicurus and the astronomer Aristarchus, the first known individual to propose that the Earth revolves around the sun (in the third century BC – well before Galileo). The nearby island airport is named after the latter.

Pythagoreion has two castles, on a point with vantages up and down the coast, a pretty church that shares the same outlook and a scattering of temple ruins. There’s also a port area lined with tavernas that is larger and aspires to be more sophisticated than Kokkari. Here most of the restaurants and bars have chairs with stuffed cushions and plastic menus. The boats lining the quay are mostly bigger and offer excursions. There’s a colourful village running up the slope to a monastery. That has a cave with a church inside and the best view of the town.

A few miles away is another ruin in the form of the Heraion of Samos, a UNESCO World Heritage Site that includes the Eupalinian Aqueduct, a ‘marvel of ancient engineering’ that runs through the mountain. It’s closed on Tuesdays so I can only peep through the railings. Hera’s Temple was once huge, there’s plenty of the building left at ankle level, but there’s only one pillar standing. And I think that has probably been reconstructed.

Samos is the ninth most populated Greek island and a large majority of its 33,000 inhabitants live in its largest town, confusingly also called Samos. The old capital, which is part of Samos Town is known as Vathy. Samos Town is wedged around a bay in the northeast; its population is doubled in size by a tented refugee camp filling in the outskirts of the town.