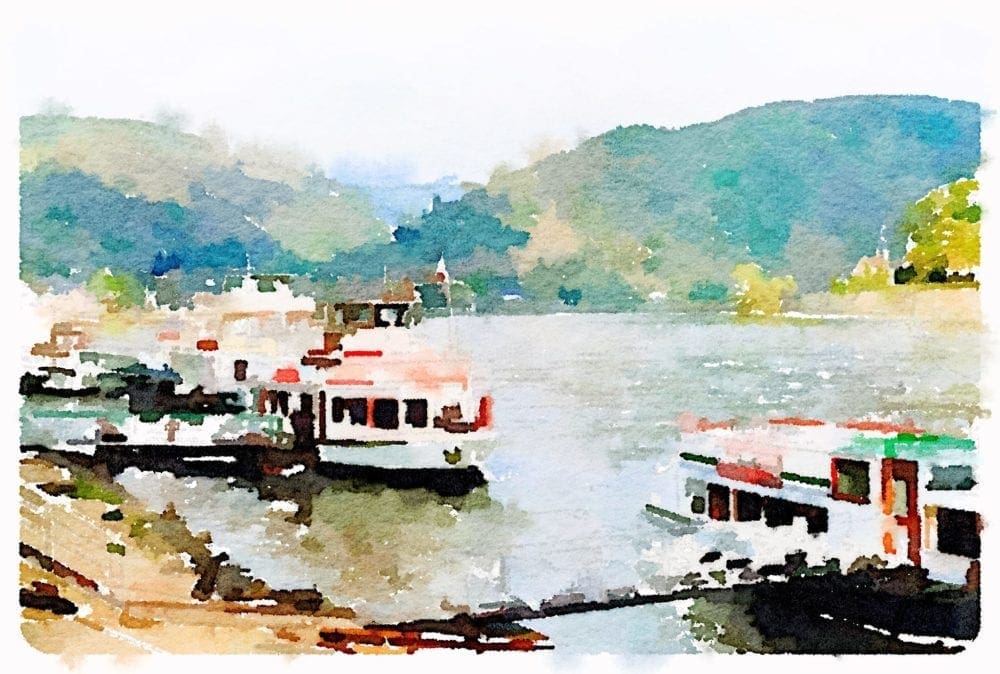 Germany in a Nutshell

What is the History of Germany?

• Germany was the first country in the world to adopt daylight saving time – DST, also known as summer time - in 1916, in the midst of WWI, in an attempt to conserve energy.
• Prison escape is not punishable by law in Germany – German law maintains that it’s a basic human instinct to be free and therefore, prisoners have the right to escape jail. Escapes, however, rarely go unpunished because prisoners are held liable if they cause damage to property or inflict bodily harm against any individual upon their breakout.
• It’s illegal to run out of fuel in the German Autobahn – although not forbidden, motorists are only allowed to stop in the legendary highway for emergencies and having an empty tank of gas is not counted as an emergency.
• German law ban names that don’t denote a gender or use a family name as a first name. In 2014, the most popular children’s names were Sophie/Sofie for a girl and Maximilian for a boy.
• Fanta originated in Germany as a result of the Second World War – due to a trade embargo that prevented importing Coca-Cola syrup into Germany, the head of Coca-Cola in the country decided to create a domestic product for the market using available ‘leftover’ products like whey and apple pomace. It’s the second oldest brand of the Coca-Cola Company and the second most popular drink outside of the United States.
• College education in Germany is free even for internationals – tuition fees for bachelors' degrees in public universities was abolished in 2014, due to politicians thinking that having to pay for higher education is ‘socially unjust’.

• Over 800 million currywurst - a sausage served with a spicy sauce- are eaten in Germany each year. There’s even a museum in Berlin dedicated to the popular snack.
• German is the language with the most native speakers in Europe – besides Germany having the largest population in the EU, the German language was once the lingua franca of central, eastern and northern Europe.
• Germany’s capital centre has shifted seven times – these cities have all at one time or another been capitals of modern-day German territory: Aachen (during the Carolingian Empire), Regensburg, Frankfurt-am-Main, Nuremberg, Berlin, Weimar (unofficially, during unrest in Berlin), Bonn (and East Berlin), and, since 1990, Berlin again.
• Berlin’s Zoologischer Garten is the largest zoo in the world
• Germany has more cultural centres than any other country – it had 6,200 museums, 820 theatres, 130 professional orchestras and 8,800 libraries in 2013. More people going to exhibitions than to soccer matches.
• Germans are Europe’s second largest beer consumers after the Czechs. There are more than 1,200 breweries producing over 5,000 brands of beer.
• Angela Merkel, Chancellor of Germany since 2005, has been ranked as the world’s second most powerful person and the highest female ranking ever. In 2009, Mattel celebrated 50 years of Barbie by producing an Angela Merkel Barbie doll.

Is Germany a Rich Country?

Is Germany in the EU?

What is There to See and Do in Germany?

My first big trip abroad -and travelling solo - was to Germany. I was 15 and I travelled on the ferry and train to stay with my pen pal in Annweiler am Trifels. I was going with a school friend, but she went down with appendicitis and I journeyed alone. I was terrified, but I was very excited about making my first trip and so I went. I bought the wrong train ticket to Dover, but the guard didn’t say anything. A German guy carried my bag onto the boat and gave me some of his bottled beer- Lowenbrau. I didn’t like it much. I found my berth on the overnight sleeper and tried to talk to the people in the carriage. I was so nervous I cried. They were all kind.

The Trifels was pretty, green and hilly wine country. It was genteel living. My pen pal’s father was the mayor and I learned to drink herb tea (not to add milk) and eat kuchen. I went to school,was stared at and attended the end of term disco. We went to Mannheim Speyer and Baden Baden on day outings. I even spoke a little German.

Otherwise, Germany is a country I’ve passed through – quite a few times. The autobahns are good, mostly lined with forest and the drivers intolerant. We camped overnight and visited cities en route.

Don and I drove through Germany on our way to Austria and Yugoslavia (so long ago Yugoslavia was one country.) We went via Heidelberg (quaint medieval houses, herring and potato salad and Cologne and Koblenz for the meeting of the waters. Past infamous Nuremberg. Don wouldn’t stop in Munich. The ring road was frenetic and we couldn’t work out the best place to turn off. No GPS in those days. I was working from the AA road atlas.

Tony and I drove to Austria to ski at Obergurgl. On the way back we hugged the banks of Lake Konstanz and sauntered through flower beds of spa town Baden Baden (musical fountains and Schwarzwaldertorte) before driving back through wine country close to Annweiler, my first port of call. (German wine tastes so much better chilled in those large green goblets on the banks of the Mosel).