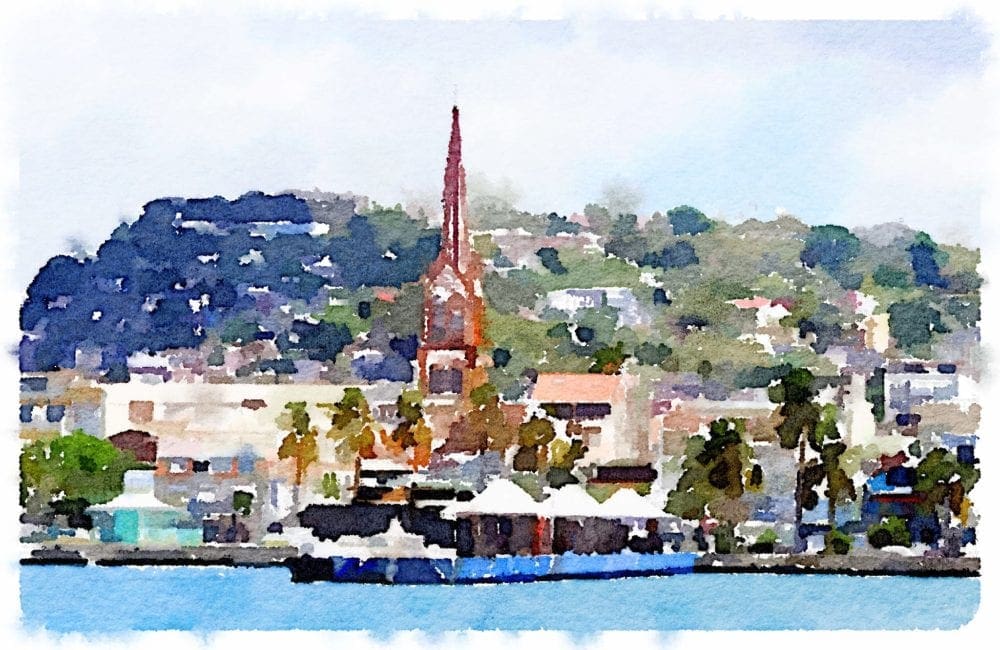 A day trip to Martinique from St Lucia, on a ferry; it’s a very choppy stretch of water. The Caribbean is very far from being a tranquil holiday paradise at times.

Martinique is a departement of France, a constitunet part of the French Republic and they use the euro as currency. Virtually the entire population speaks both French (the sole official language) and Martinican Creole.

The island was occupied first by Arawaks, then by Caribs before it was charted by Christopher Columbus in 1493. Spain had other fish to fry and Martinique as claimed by some French settlers after they had been driven out of St Kitts by the British. In 1946 the French National Assembly voted unanimously to transform the colony into an Overseas Departement of France.

This is a volcanic island. There are several emerald clad pitons (volcanoes) and the eruption of the tallest, Mont Pelee in the north, killed 30,000 people in 1902 and the volcano is still active. Like much of the Caribbean Martinique is known for its gorgeous beaches nestling in turquoise bays. white sand in the south, grey volcanic ash in the north.

But today there isn’t time to explore beyond the capital - Fort de France. It is just like being parachuted into a ville on the French mainland.  It’s all little narrow streets lined with cafes, boulangeries, patisseries and boucheries. Most of the streets are steep -  it's good exercise exploring and the hills extend across the island, a sprawl of bright wooden houses. The West Indies meets Europe.

In town the larger houses and civic buildings are stone shuttered. It’s atmospheric, but there is little of note. A brown church with a tall steeple dominates the harbour. The main tourist must see seems to be a statue of Josephine de Beauharnais, first wife of Napoleon Bonaparte. who was born on one of Martinique’s islands. It’s in the garden of La Savane.