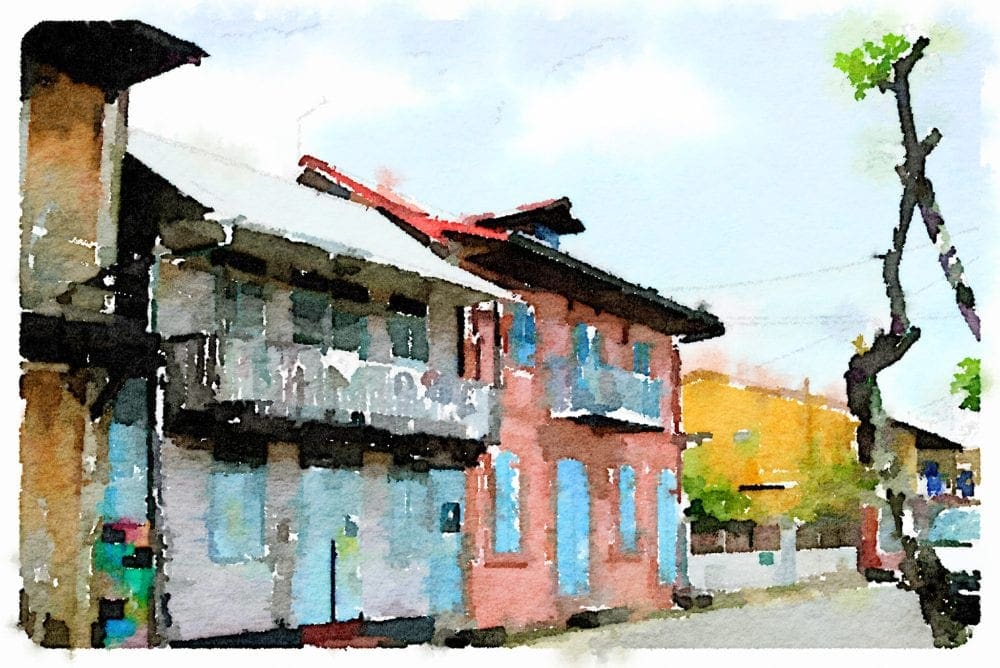 Another bus, another river border, more shuttle canoes. This time it’s the Caroni River and it’s a short trip from Suriname, across to St Laurent, to visit French Guiana. This was the French equivalent of Botany Bay, a receiving station for new inmates bound for the notoriously brutal penal colony. French Guiana is very different to the other Guianas. It’s immediately obvious that we are now in France proper. The sloping curvy gables give way to hipped roofs, verandas, pastel cladding and neutral shutters. There are even grand planation style mansions reflecting the affluence of Kourou which is home to many of France's top scientists and astrophysicists. This is the base for the Ariane space rocket programme. And the road to Kourou is paved and smooth. Kourou is also more exciting than I had anticipated. There are the penal colony and the space station itself to visit.

I’ve wanted to visit Devil’s Island since I left Dustin Hoffman staring out to sea and counting the waves after Steve McQueen escaped in the film Papillon. The more hard-line prisoners were sent from the mainland penal colony (maintained by France until the mid-20th century) to the Iles du Salut. This archipelago is about an hour out into the Caribbean and consists of the islands: Ile Royale, Ile St Joseph and notorious Devil's Island.

We are taken to Ile Royale. There's an excellent small museum that recounts the history of the place, and the privations that both the convicts and the guards had to endure. A small church, the remains of a hospital, and a very moving cemetery with brick lined graves and memorials. Devils’ Island lies tantalisingly off shore. It’s totally covered in swaying palms- just what you would expect from an authentic Caribbean island. You can just glimpse the ruined cells on Ile St Joseph. Escaping definitely wouldn't have been easy.

We’re lucky today- they are running tours of the space centre. It’s a huge area and we have to travel in and around on their special tour buses, naturally we are strictly monitored. It’s very high tech, there are a lot of computers and simulations and explanations about how the satellites are launched and how much money they cost. The best bit is the launch pads themselves, towering white rockets picture perfect against a clear blue sky. Thunderbirds are Go!

Cayenne (of pepper fame), is French Guiana's thriving main city. Busy shops and cafes surround the palm-filled main square, Place des Palmistes. The remains of an old fort overlook this hotchpotch of modern and shabby, colourful Creole houses and street markets and the Atlantic coast beaches. Some guide books say you could almost be on the Riviera. That’s stretching it, I think.

I’m still on crutches so I’m offered an upgrade to business class on Air France back to Paris. I’m not going to argue about that. This is the longest direct domestic flight in the world.