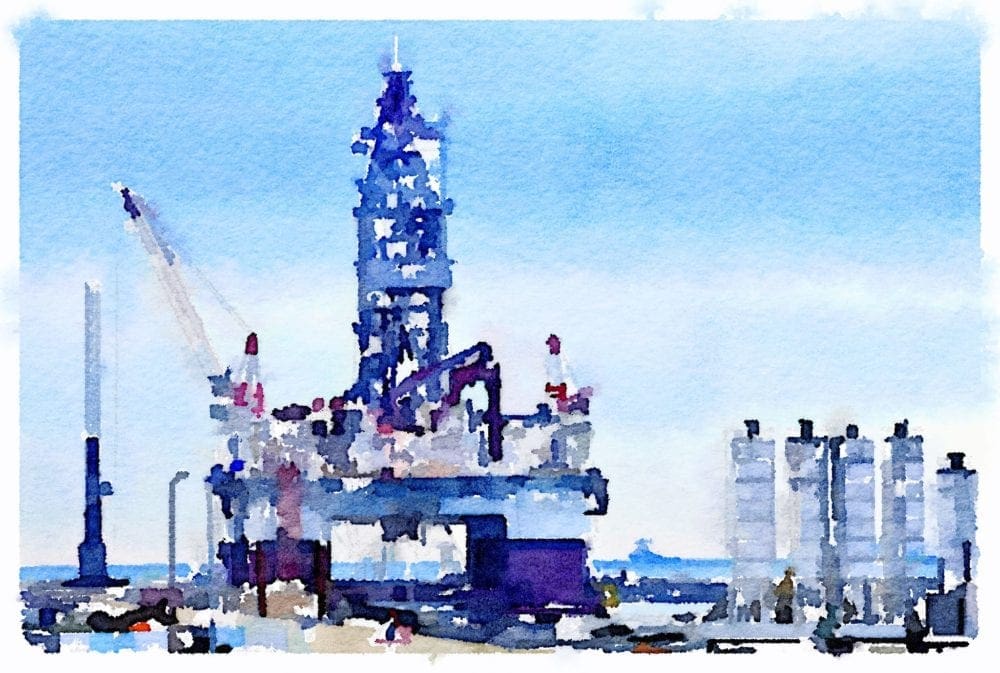 Crossing the Border into Azerbaijan from Georgia

I'm on the Golden Eagle Train travelling from Yerevan to Almaty. except that we weren't allowed to use the train in Armenia as the Azeris wouldn't then allow it into Azerbaijan. The Azeri police have been on the train, confined us to our cabins and taken our pictures and we’ve been allowed into Azerbaijan from Georgia. The train is actually moving properly across country towards Baku now, though I still haven’t been able to see anything out of the window. The rails seem in even worse shape than before and the jolting is erratic and uncomfortable. I’m shaken awake every ten minutes or so.

Azerbaijan is bounded by the Caspian Sea, to the east; and the Greater Caucasus mountain range to the north. Indeed, 40% of the country is mountainous, but there are extensive flatlands at the country's centre.

Azerbaijan came into being as an independent country in 1918 after the collapse of the Russian empire. It was a short lived existence. The Soviet Union invaded in 1920 and Azerbaijan was part of the USSR, until the country declared independence in 1991. Previously, the area now known as Azerbaijan was conquered by the Arabs in 642 AD. who converted the people to Islam. After several hundred years, the Arab empire fell and the Mongols invaded. Azerbaijan had a strategic location because of its ports on the Caspian Sea and the trade routes between Asia, the Middle East, and Europe. As a result, it was fought over by major empires including the Ottomans, Russia, and the Persians. The area ended up under Persian rule, but in 1828, the Russians and the Persians agreed to divide the area up between them.

The script here in Azerbaijan is very similar to Turkish and their Turkish heritage is very obvious in the Azeri physique. They are solid and swarthy people. Guide Elvin is very patriotic. He boasts happily about the hosting of the Eurovision song contest in 2012, the European ‘Olympic’ games. in 2012, the fourth Islamic Solidarity Games, the European Grand Prix in 2016 and so on.

Baku, we’re told, is famed for its medieval walled inner city. Its a labyrinth of narrow one way streets, so complicated that my taxi driver can't find my hotel, when I make a return visit to Baku, It's very chic, tourist orientated, with boutique hotels, teeny cafes with samovars and bijou shops carved from old caravanserai. And it's very restored.

Within the city walls we visit the Palace of the Shirvanshahs, a royal retreat dating to the 15th century, and the centuries-old stone Maiden Tower, which dominates the city skyline. They were inscribed as a UNESCO World Heritage Site in 2000.

The Palace of the Shirvanshahs originally served as the Baku fortress stronghold, surrounded by a wall with towers . There are burial-vaults, the shah's mosque with a minaret, Seyid Yahya Bakuvi's mausoleum (the so-called "mausoleum of the dervish"), gates, a reservoir and the remnants of a bath house. The Maiden Tower is satisfyingly shrouded in mystery. It's the emblem of Baku, but no-one is quite sure how old it is or why it was built. It's generally described as twelfth century but some scholars argue that parts of it at least date back to 600 AD.

Outside the old town, money has been lavished on architects, plate glass and steel. The highway from the airport is lined with huge stadia, monuments and mosques. In the city proper, endless arcades with high end shop names decorating the facades, a TV tower, various sleek museums and games/Eurovision song contest venues, shopping malls (one a more complex version of Sydney opera house) and, The Flames. The latter are three towers that dominate the sky line and are appropriately illuminated at night. The whole is perched above grand esplanades that line the Caspian Sea. We’re also told by guide Elvin that Baku means 'City of Winds', so Chicago has a rival. It’s living up to its name today.

According to the Lonely Planet's ranking, Baku is also among the world's top ten destinations for urban nightlife. If you have time and energy. And my prayers have been answered. The Four Seasons Hotel is eminently comfortable. I could fit about six railway cabins into my room and I have a view of the old town and The Flames, in all their glory. What’s more, the bed is huge and doesn’t jolt.

Baku is divided into 48 townships. This includes  the Town of Oil Rocks built on stilts in the Caspian Sea, 60 kilometres away from Baku. We're looking out across, to here, as we drive south-west, out of Baku.  Sangachal, to our left is one of the world's biggest oil and gas terminals. Around us a veritable sea of rigs, derricks, platforms firework like flares and nodding donkeys of all ages, ranging from Victorian, through Soviet to modern day. It’s not the most scenic of outlooks, almost surreal. One of the oil fields featured in James Bond - The World is Not Enough.

More development is planned. The Khazar Islands project is said to be inspired by the man-made islands of Dubai. Ambitious plans, I'm told, are futuristic, including several skyscrapers and the world's tallest tower. But nothing is happening at the moment. Everything was put on hold during the recession in 2015. There’s also a huge ‘debate’ going on over whether the Caspian is a lake or a sea. This affects the apportionment of ownership by the five countries that abut the Caspian, and therefore rights to all the oil and gas.

The oil, of course, is the source of Azerbaijan’s wealth. The most obvious benefit is that it costs astonishingly little to fill up your tank here. Otherwise, Baku is a very expensive city to live in, as it accommodates many well paid oil and gas workers. The view from the landing plane is seashore, lined with wedding cake villas, incongruously nestled in front of the grim brown oilfields. It's a different matter, however, for those who live in rural areas, where the recession has hit the hardest. Up to 50 percent of the population overall are thought to live below the poverty line.

Azerbaijan - The Land of Fire

The name Azerbaijan is thought to come from the Persian meaning Land of Fire. It's an apt name. The most well-known of Azerbaijan’s volcanoes, is Yanar Dag, also known as ‘Burning Mountain’. True to its name, in turn, a patch at the bottom of the slope on this mountain has been burning for as long as anyone can remember. Sometimes the flames leap up to three metres high. The fire is very welcome in the chill of the wind and cloud. We’re informed it’s natural gas that's alight. The mountain is right in the centre of the oil fields..

Based on Persian and Indian inscriptions, the Ateshgah Temple was used as a Hindu, Sikh, and Zoroastrian place of worship. (Ātash is the Persian word for fire). The pentagonal complex, which has a courtyard surrounded by cells for monks and a tetrapillar-altar in the middle, was built during the 17th and 18th centuries. It was abandoned in the late nineteenth century, probably due to the dwindling of the Indian population in the area. It's surrounded by a castle like wall.

The natural eternal flame went out in 1969, despite five years of praying to the gods for it to return. They now have to pipe in the gas from the city instead.

Gobustan Park, also a UNESCO site, is the home of precarious trails, singing rocks and caves housing Stone Age petroglyphs. It has more than 6,000 rock carvings, depicting people, animals, battle-pieces, ritual dances, bullfights, boats with armed oarsmen, warriors with lances in their hands and camel caravans, not to mention the sun and stars. There's' even a shaman, denoted by his hat and an extinct auroch. They date back between 5,000 and 20,000 years. According to Elvin, Azerbaijan is more or less the main home of early man, the first stopping point after emerging from Africa. Passenger Shane dubs it ‘Lucy’s First Truck Stop’.

Azerbaijan is home to half of the world’s population of mud volcanoes, over 400 in fact. So, naturally we have petitioned to have them added to today’s tour. And it's the highlight of the expedition. We have to proceed in ancient taxis (Ladas proliferate in the Caucasus) and we speed off road, rally driver style, to the patch of mini volcanoes, once more located in the middle of the oil fields. It’s like being on the moon (I imagine).

The bubbling cones and mud flows are fascinating. Mud volcanoes may range in size from merely one or two metres high and one or two metres wide, to 700 metres high and 10 kilometre tall. These are mostly at the bottom of the range. and so are also, evocatively, known as mud-pots, Their temperatures can range from near 100 °C to occasionally 2 °C, some being used for "mud baths". I wasn't intending to indulge, but Doctor Tino and I decide to make our photos more exciting and generate an explosion, by throwing rocks into a pool. This works rather too well and I’m splattered in mud from head to toe. Anyway, Tino gets some amusing pictures.

The airport is another showy display. It’s incredibly spacious, with arty bars, and is virtually empty. There’s also rather too much attention to bureaucratic detail and some sullen immigration officers. . Turkmenistan here I come.