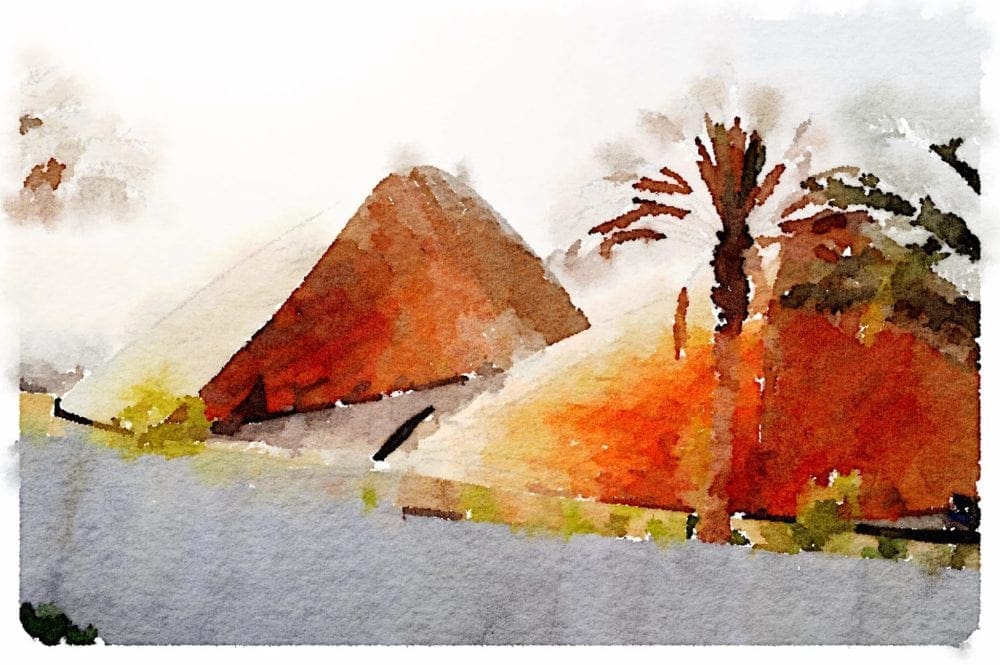 The Emirate of Abu Dhabi is by far the largest of seven emirates that constitute the United Arab Emirates (UAE). It accounts for approximately 87 percent of the total land area of the federation. However, the much smaller Dubai has the larger population. After the Emirates gained independence in 1971, the flow of oil wealth to the area accelerated, and development was rapid. Traditional mud-brick huts were rapidly replaced with banks, boutiques and modern high-rises. And Abu Dhabi quickly diversified, mainly into finance. Abu Dhabi has over a trillion US dollars worth of assets under management in a combination of various sovereign wealth funds headquartered here.

The Capital Of Abu Dhabi

The emirate is named after the city of Abu Dhabi which, is both the capital of the emirate and The UAE federation. So, Abu Dhabi is the home of the local and federal government offices, the President and the United Arab Emirates Government and the Supreme Petroleum Council. The current sovereign is Sheikh Khalifa bin Zayed Al Nahyan who is titled Emir of Abu Dhabi and also President of the United Arab Emirates.

The city of Abu Dhabi began on an island in the Persian Gulf, but soon spilled over onto the, connected by bridges. mainland. Most of the city and the Emirate reside on the mainland connected to the rest of the country. Roughly half of Abu Dhabi's population of three million live here., in this increasingly glitzy metropolis.

This time I’m not a tourist, I’m working in the Abu Dhabi city area. I have to be up at the crack of dawn on Sunday for training as of course the weekend is Friday and Saturday. We have taxis every day to take us to work. We leave at seven and I’m still up at 10 at night report writing – it’s pretty exhausting and not much time to sightsee. As we are rushed to offices in taxis it’s hard to describe my impressions so far.

The city seems very modern. There are little corner shops and small, modern bazaars, but most of the city is high rise. There are malls and plate glass. One of the most notable is the Capital Gate building, which is Guinness World Record-recognised as the "world's farthest leaning man-made tower." It has 728 individually made glass panels, which are custom-designed to fit the building's unusual shape. A team of 12 window cleaners called cliffhangers work on it constantly.

Somehow though, Abu Dhabi feels more different from home than the Arab script on the buildings warrants. And it’s not just that on the streets, for the most part, the Emiratis wear veils and long sleeved robes – it’s already more than comfortably warm in early April.

The men tend to favour the cooler white dishdosh and a headscarf with a black rope. However, the females are more often attired in the more uncomfortable black abaya, with shayla (head covering) a burqa, or a gishwa (black veil). It has been suggested that we should wear abayas, but the company has settled for ‘conservative’ dress. I have to make sure that my arms and ankles don’t show. No see through material. And at times I’m asked to cover my hair.

The hotel is relatively splendid and has a reasonable restaurant. I don’t get time for the free breakfast, except at the weekend. Even the possibility of losing weight has gone out of the window. All the schools I visit present us with huge beribboned baskets of chocolates and ply us with food all day. We have to buy our own dinners, but as I’m sated I’m more likely to frequent the hotel bar, where there are snacks – and cocktails. There’s officially no alcohol other than in the tourist hotels. Though we've already discovered that there are bottle shops if you know where to look and no-one challenges you if you enter (with trepidation).

No report today, so I rush down to the pool which I have been viewing fondly from my desk. But a sandstorm blows up so I still haven't done any sunbathing. The weather has been lovely up to now. I have still seen very little of the city other than a mosey round the corner to the supermarket. One of the nice drivers gave me a sightseeing tour of town on my way back from a school. It isn’t wildly exciting. It’s very modern, there are numerous skyscrapers and a marina and lots of malls.

I feel better after a weekend's  rest. I managed to get some time on the beach - very pleasant. It’s Mediterranean powdery white beaches (ironically the sand is imported from France), the sea is very blue and the (private) beach facilities excellent. Most of the big hotels have their own beaches with stripy sunbeds and the usual paraphernalia.

Most of the company in Abu Dhabi is fellow employees who are staying in the same hotel. One woman keeps following me around trying to revisit the work we have already done. Even when I do sneak off to the pool she follows me out there, parks herself next to me and keeps prattling on. So I ban talk about work. Not to be out manoeuvred she moves onto whether she should she leave her husband or not. Yesterday, I closed my eyes when I saw her coming but she still wandered over and poked me. 'Are you asleep, Sue?'

So I sit in my room, do my preparation and report writing and consume KFC.

They upgraded my lodging today as everything kept going wrong in the last one. Most of the electricals and the plumbing gave up the ghost. Now I have a palatial suite with a separate sitting room and an endless supply of free drink coupons that the nice man in the bar obligingly swaps for margaritas, though he’s not supposed to.

Crumbs, time has flown this week and things are looking very different. Last weekend I did a double decker bus tour of the city and walked down the corniche to the seven star Emirates Palace Hotel. The hotel was originally built as a palace for the sheik who then decided that he didn’t like it. Its’s very swish, coffee with real gold flakes on top.

I have to wear an abaya to enter the Sheikh Zayed Grand Mosque - all 82 snow white domes of it - and am shouted at as one of my trouser legs is showing. Like most Grand Mosques it has some mind boggling statistics. The mosque is huge, it can accommodate over 40,000 worshippers. The floral design in the courtyard is thought to be the largest example of marble mosaic in the world. The carpet in the hall is considered to be the world's largest carpet (it's wool, weighs 35 tons and has 2,268,000,000 knots). There are seven chandeliers (amongst the world's largest) that incorporate millions of Swarovski crystals. There is more - it's all on Wikipedia.

Saadiyat Island is also interesting. It’s to the east of the corniche, at the proper fishing harbour end of town. There’s a row of dhows and then a strip of road bridge to the reclaimed island itself. The biggest and best of everything is being built out there. The Guggenheim, the Louvre. They just haven’t started most of it yet. The Norman Foster designed, sand dune shaped UAE Pavilion has been finished for some time, but they can't find anyone who wants to use it.

Yas Marina is very flashy, as you would expect from the home of Ferrari World and the Grand Prix circuit. The corniche is a relaxing evening promenade ground. Towards the port end there’s a domed theatre and an open air tourist heritage museum, complete with humpbacked cow and tents and camel.

The Really Mad Lady follows me round all weekend. She says she has written to her husband telling him she wants a divorce for her birthday. She says it was only a joke and she can’t understand why he hasn’t replied.

I am woken up at 6a.m by a phone call. I’m being moved to Al Ain, the other side of Abu Dhabi today. One hour to pack and get a cab into the mountains. I’m getting to see more of the UAE and it’s very brown. I don’t think I’ve seen a speck of green outside the city, (which is mostly artificial grass). Rocky desert stretches each side of the highway for most of the journey, but there are also some mini sand dunes. Much more Lawrence of Arabia.

Al Ain is a desert oasis town, scenically facing a small but impressive mountain range. And the town rewards exploration. There is a small fortress with a museum inside and last evening we went and ate Moroccan in the town square, after watching the nightly mini Bellagio style fountain display.

Driving out of the centre, to work, we often encounter camels being trained. Arabs prize camels hugely and camel racing is an ancient tradition. The animals can run at up to 40 kilometres per hour, but camels moving at speed and adult humans is a dangerous combination. The jockeys were originally small boys, from the Indian subcontinent, but there were still too many casualties. The Arabs bowed to pressure from human rights groups. put an end to this practice. Since 2005 small robots, complete with whips and racing silks, have been used instead. They're controlled from SUVs running alongside them. Two simultaneous races...

Jabal Hafeet - literally "empty mountain"- emerging from the desert to the south of Al Ain, is the only mountain in the Emirate of Abu Dhabi. Nevertheless, its one of the highest mountains in the UAE. It has given its name to a period in UAE history, the Hafit Bronze Age (3200 to 2600 BC), because of the discovery of a cluster of important Bronze Age beehive tombs in its foothills. The escarpment offers a whole switchback of hairpin bends and views of the desert over to Oman.

This hotel is lovely too. A central atrium, glass lifts, a swim up bar and a weekly fish buffet. In the hairdresser I gossip with the local women who happily remove their burqas and shaylas to reveal glorious heads of over ornamented black hair - much gold and jewels. As regular readers of my column will know I’m always amused by hotel quirks. This time there is the guy who thinks it is a good idea to bring my laundry back at 11 o’ clock in the evening, when I am asleep. The laundry list has wedding dresses as the last item. And I’ve finally worked out why so many of the hotel rooms have little arrows on the ceiling. I thought it was to show where the smoke alarm was, but light has dawned. It’s the direction of Mecca.

The weather is very warm now, forty degrees, but very dry and not unbearable and the evenings are beautifully balmy. Tomorrow, I’m back to the city and my last job next week is with the mad woman again. I might go out with a bang.