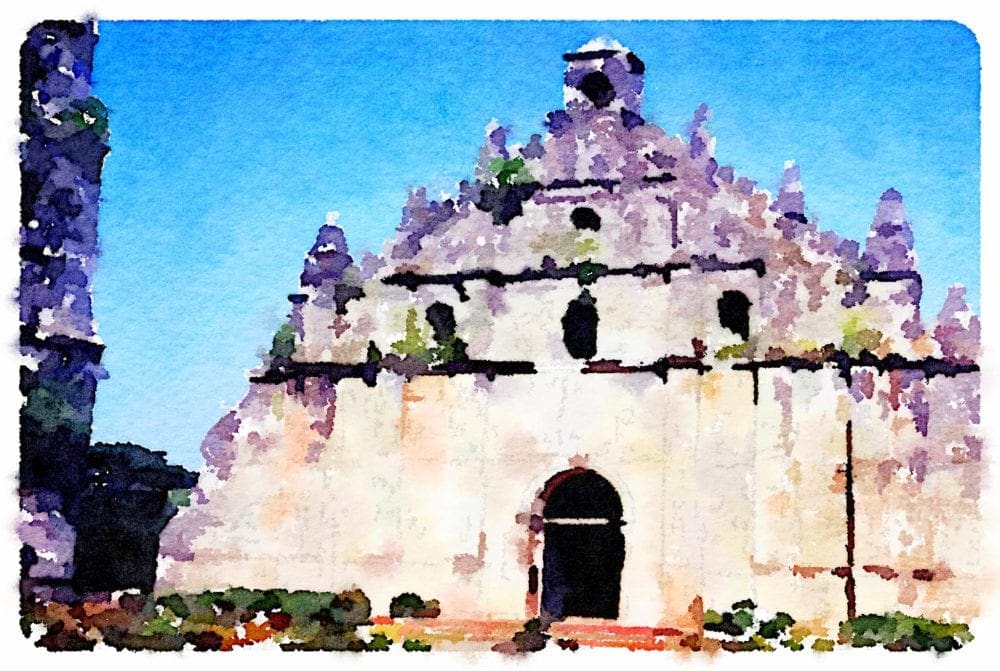 Luzon, home to Manila is the largest island in the Philippines and the 15th largest in the world by land area. It is famous for volcanoes. colonial Spanish cities, the best and oldest rice terraces in the world and (last century) American military bases.

North towards Bagiuo, a long day’s drive (because of the traffic) through Metro Manila, (mainly Quezon City which is larger than Manila itself) and skirting Manila Bay, which forms one of the best natural harbours in South East Asia. It’s just a shame it’s on the main hurricane route.

Past Pinatubo, which with Taal and Mayon forms the three most famous volcanoes in the Philippines. It eruption in the 1990s was the most cataclysmic since Krakatoa. But it’s still a popular climbing excursion. Through Angeles, which latterly was home to the American Clarke Air Force Base and is now the Sin City of the Philippines, a red light district and magnet for solo male travellers. It also has an overlooked and pretty colonial Spanish centre.

Baguio, known as the “City of Pines,” is an attractive mountain town of universities and resorts, popular because the weather is usually cooler here.

Continuing north to Banaue; to say this is a hidden gem is an understatement. The Ifugao Rice Terraces of the Ifugao peoples begin at the base of the Cordillera Mountain range, extending several thousand feet upwards and are known locally as the "Eighth Wonder of the World", Two of the terrace clusters Bangaan and Batad, are designated as UNESCO World Heritage sites. Wikipedia says that their length, if put end to end, would encircle half of the globe. The terraces are thought (arguably) to be to be more than 2,000 years old and are irrigated by means of mountain streams and springs that have been tapped and channelled into canals that run downhill through the rice terraces.

Suffice it to say. that the rice terraces here are more ancient and far more magnificent than anything Bali has to offer, simply stunning, with their emerald dotted platforms running down the steep valleys. What’s more they’re virtually deserted, apart from the odd Ifugao attired in feathery millinery.

Sagada, also in in the Cordillera Mountains, has still more plunging rice terraces, but is distinctive for the hanging coffins of Echo Valley, displayed high on the cliffs. Close by more centuries-old wooden coffins are stacked in burial sites in caves. It's a macabre and fascinating visit.

Even further north, on the west coast, is Vigan with its preserved Spanish colonial and Asian architecture. Vigan is picture perfect with its cobblestone streets, malecón, horse-drawn carriages, bell towers and rustic mansions. The highlight for me is the white baroque cathedral of St Paul, with its distinctive triangular facade and Plaza Burgos, known for its street-food stalls. Others would say it's the classic Calle Crisologo, with over 200 houses still preserved from the Spanish Colonial period. Vigan has also received the UNESCO accolade.

This area is rich in history, with its numerous colonial ancestral homes and is the birthplace of at least one president. Further out are picturesque, but poorer, rural dwellings and, as is often the case in the Philippines, there are some signs that are amusing to us westerners - in this case a hospital offering assorted types of circumcision,

There is also an extremely pleasant and welcome sandy beach not too far away.