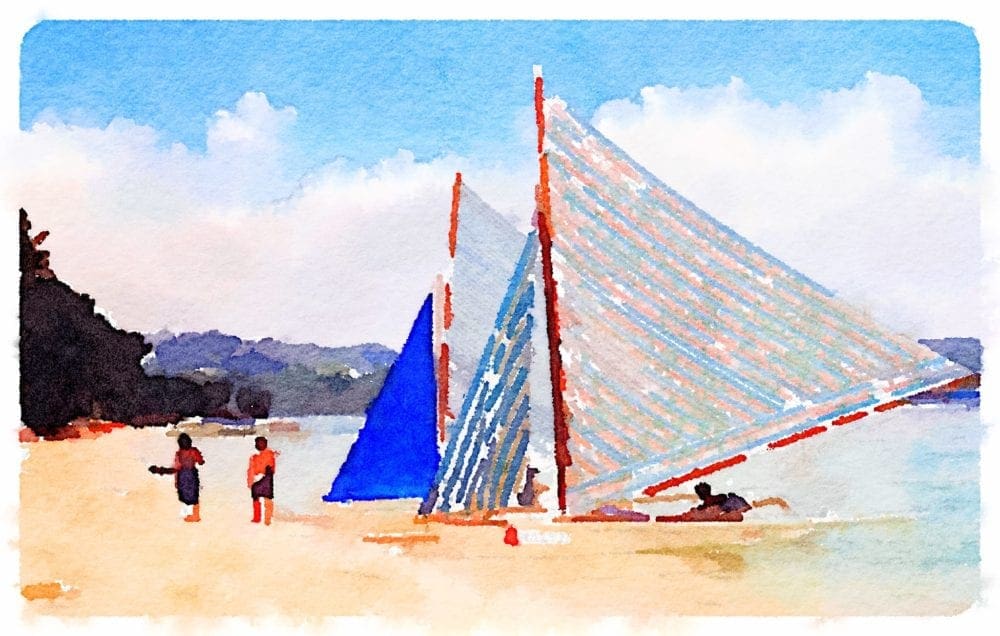 A weekend in Puerto Galera on the neighbouring island of Mindoro. This is a big diving and snorkelling centre in the Philippines.

We have to travel south to Batangas on the South Super Highway and turn right out of Merville and Manila for the first time. The roads in Metro Manila are bad enough. There are up to six lanes each side, no lane markings in many places and you overtake in any lane. Sometimes there is no central reservation and sometimes there are odd lumps of concrete there, which is even worse as they are not lit up. There are potholes and huge cracks everywhere. The South Super is almost worse as the fastest lane is the hard shoulder on which everyone overtakes. The scenery is not spectacular – concrete and factories throughout Metro Manila but as we leave the city there are tantalizing glimpses of mountains in the mist as night falls. When we get to the Batangas turn off the new slip road is closed and we have to drive across the central reservation and through the oncoming motorway traffic to exit the road.

Bancas, deep boats with wooden outriggers are waiting to take us on the hour-long journey across the water. It is dark by now and we sing most of the way (fortified by all the gin which had appeared on the coach), as we watch the lights ahead hopefully and try not to mind the choppy seas (very damp travelling).

Our hotel El Galleon is on the beach. All rooms are rattan style. The view is beautiful and the bay is lush, lined by mountains and palms. I walk round the point to the next beach, passing a lonely lamp post bearing a painted sign “Useless lamp post project” and go snorkelling. The coral is fair with a few good fish.

Once back on shore I am pursued by an endless succession of hawkers who have no understanding of the concept of quiet relaxation alone. I eventually settle for a massage and decline the pearl necklaces, bracelets with my name woven in and wooden carved birds. In the afternoon on a banca to a nearby island past the harbour, some beautiful white sands and lots of coconut palms. It is idyllic. Then to the Coral Gardens Beach. Some more snorkelling with good coral but choppy water - so lots of spluttery mouthfuls as I swim along. To end with - another massage.

The sea is as flat as the proverbial millpond on the way home and schools of porpoises leap in unison round us as we speed back towards Luzon, the main island.