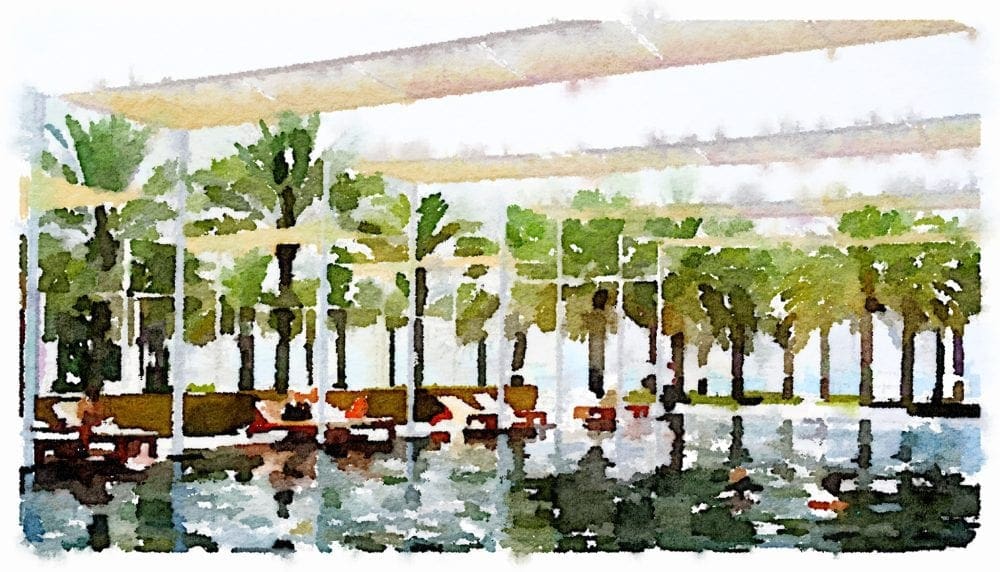 Oman for Luxury and a Thousand Forts

Oman is the oldest independent state in the Arab world. It is located in a strategically important position right at the mouth of the Persian Gulf. The Omanis used this as base from which to build a powerful empire. From the late seventeenth century, the Omani Sultanate vied with the Portuguese and the British for influence in the Persian Gulf and Indian Ocean. At its peak in the nineteenth century, Omani control extended to modern-day Iran and Pakistan, and as far south as Zanzibar in Africa. The Empire's influence waned in the twentieth century, when the sultanate, instead worked in partnership with the United Kingdom.

The country is an absolute hereditary monarchy, ruled until very recently by Sultan Qaboos bin Said. He never married and did not have any children and he named his cousin Haitham Bin Tariq, as his successor.

Oman has sizeable oil reserves, but a significant portion of its economy involves tourism and trading fish, dates and other agricultural produce.

Flying from Dubai to visit Oman. I could have come overland from the UAE instead, but it's a long expensive journey in a car.

I have a few days luxuriating at the Chedi in Muscat. The hotel is ultimate chic, infinity pools and several glitzy restaurants, one with four kitchens offering different national foods.

Muscat is the capital of Oman and its largest city. Historically, (since the first century AD) Muscat was the principal trading port of the Persian Gulf region and among the most important trading ports of the Indian Ocean.

A must-see in Muscat is the Al Alam Palace. It was one of six sultanic residences, used as a ceremonial palace by Sultan Qaboos bin Said. This is as close as a tourist is allowed to go.

Another must-see is the Sultan Qaboos Mosque. It was built after the then sultan (after whom it is named) launched a competition to design a Grand Mosque. Construction began in December 1994 and took took six years and seven months. to complete. The mosque is built from 300,000 tonnes of Indian sandstone. The main musalla (or prayer hall), women's area and outdoor courtyard areas can hold 20,000 worshippers in total. Like the palace it is elegant and not overly elaborate in design.

It is fascinating to see how Oman is being improved by its rulers, with Arab culture being renovated and enhanced and schools and other infrastructure developed

The landscape is starkly brown, but awe inspiringly beautiful as it rises to the Western Al Hajar Mountains, forming the backdrop to the clear waters of the Gulf of Oman. Most of Muscat's urban landscape is a jigsaw of low-lying white washed buildings. The port-district of Muttrah, with its corniche and harbour, faces towards the strategically crucial Straits of Hormuz. A boat trip is almost obligatory.

The Muscat souk, just off the corniche, is small, but authentic. Its traditionally Arabic and chaotic under a modern roof.

Oman has over 1.000 forts, but the most visited national monument here is the fort at Nizwa, inland from Muscat. It was built in the 1650s, although its underlying structure is said to go back to the twelfth century. It has cannons (of course) and really sturdy battlements. There's an old Islamic library, tranquil with carpets and cushions. There's also a great view of the oasis town (old and new) from the top.

Bahla Fort, situated at the foot of the Jebel Akhdar highlands is the country's only UNESCO-listed fort. It's older than Nizwa, believed to have been built between the twelfth and fifteenth century by the Banu Nebhan tribe who inhabited the area at the time and were known for controlling the trade of frankincense. It's built from bricks made of mud and straw, so there's been considerable erosion damaged the structure until rehabilitation efforts were launched. There are a lot of legends surrounding the castle.

There's a citadel oasis adjacent to the fort and an ancient wall which originally spanned 13 kilometres. Part of this is still standing, but the majority of the oasis is in ruins. Bahla is famous for is water channels. One article I read online says there are 103 different types here. They irrigate the crop and run through the citadel and are utilised as swimming pools by the local boys.

2 comments on “Oman for Luxury and a Thousand Forts”