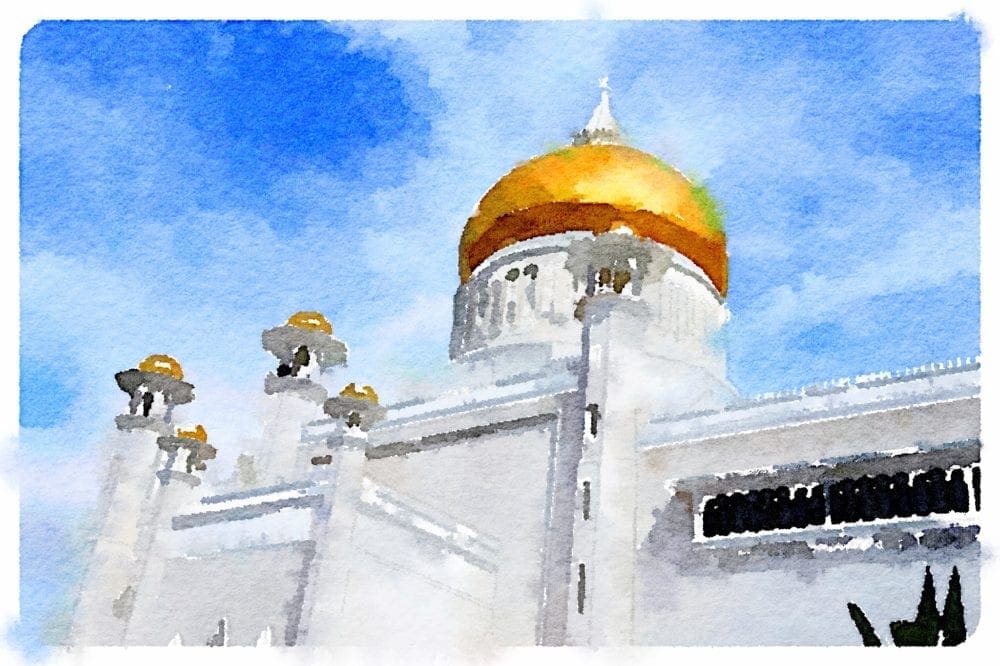 Brunei Darussalam - in a Nutshell

Brunei is considered to be the most observant Islamic nation in Southeast Asia and the sale and public consumption of alcohol is illegal, although non-Muslims are allowed to bring up to two litres into the country. There are queues of people filling in the necessary declarations at the airport, when I arrive from Manila. It’s another late night, but although it’s 12.30 a.m. when I arrive the hotel receptionist is still happy to phone a tour guide and arrange a trip for me tomorrow morning. I’m hoping the tour guide is as happy about it.

What Does the Name Brunei Mean?

Brunei is officially known as Brunei Darussalam in Malay, which means "abode of peace"

During the 19th century, the Bruneian Empire began to decline. The Sultanate ceded Sarawak (Kuching) to James Brooke installing him as the White Rajah, and Sabah to the British North Borneo Chartered Company. In 1888, Brunei became a British protectorate and was assigned a British resident as colonial manager in 1906.

Although the Federation of Malaysia -which includes Brunei's neighbours of Sarawak and Sabah -was formed in 1963, Brunei did not gain independence from Great Britain until 1984.

Is Brunei a Rich Country?

Brunei is a tiny, independent, oil-rich country wedged between the states of Sarawak and Sabah on the Malaysian side (northeast) of the island of Borneo

In 2015, Brunei ranked higher on the Human Development Index (31st overall in the index) than all other countries in Southeast Asia aside from Singapore.

Is Brunei a Safe Country to Visit?

Brunei has very low crime rates and is one of the safest countries in South East Asia.

What To Do in Brunei?

Brunei is very small so it's easily and quickly navigated. The capital, Bandar Seri Begawan (BSB) lends itself to strolling, with a boat trip thrown in to visit the stilt houses -if they still remain (they are being torn down and replaced with far less characterful dwellings). There's also beach and rainforest.

Check in is frustratingly slow as there are a group of Chinese tourists waiting. After that the airport is very modern, easy and quiet. There’s just me and five security guards. They won’t let me take my water through, but they count down from ten, laughing, while I drink it. Bangkok next.