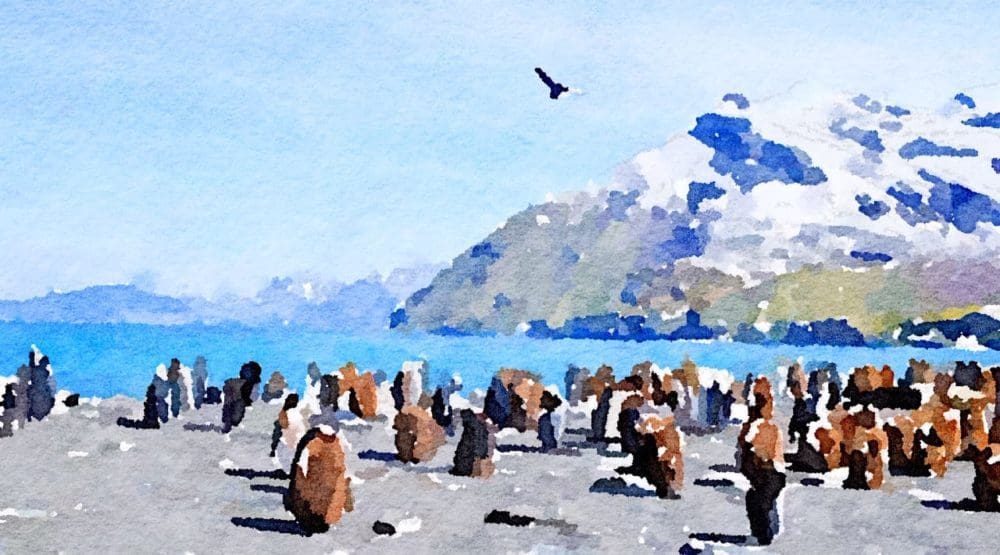 South Georgia - in a Nutshell

Is South Georgia in Antarctica?

South Georgia is about 150 kilometres long and 1.4 to 37 kilometres wide and rises to Mount Paget at almost 3,000 metres.

Does Anyone Live on South Georgia?

The main settlement is Grytviken. A small number of scientists and support personnel maintain British Antarctic Survey stations here, on King Edward Point and at Bird Island, off the northwest tip of the island. They constitute the island’s only inhabitants, other than two museum staff at Grytviken who are semi-permanent residents.

James Cook made the first landing on South Georgia in 1775, naming it after King George III. It was primarily used as a whaling station between 1905 and 1966.

Who Does South Georgia Belong To?

South Georgia is an island in the southern Atlantic Ocean. It is part of the British Overseas Territory of South Georgia and the South Sandwich Islands.

Argentina has claimed South Georgia, along with the Falkland Islands, since 1927. They call the island “San Pedro”. Their primary claim is based on proximity to Argentina. They have never had any permanent outpost on the island and their claim is only recognised by a few neighbouring countries in South America. During the 1982 Falkland Islands War, Argentina sent troops to South Georgia.

The Commissioner of South Georgia is also the Governor of the Falkland Islands.

Why Go to South Georgia?

South Georgia Island has been called The Greatest Wildlife Show on Earth. It is the most important penguin and seabird breeding area in the world. Millions of penguins can be found in colonies around the island. King and Gentoo penguins are especially populous. There are millions of other seabirds which inhabit the island as well including albatrosses,skuas, petrels, terns, and gulls. There are also two endemic species: the South Georgia Pipit (the southernmost songbird in the world) and the South Georgia Pintail.

How Do You Get to South Georgia Island?

The island currently receives about 5,000 visitors per year, excluding military, shipping and science personnel. There is no landing strip on South Georgia, so all visitors have to come by boat. This makes it one of the least visited territories on Earth. My boat has cruised from the Antarctic Peninsula. We are going on to the Falkland Islands.