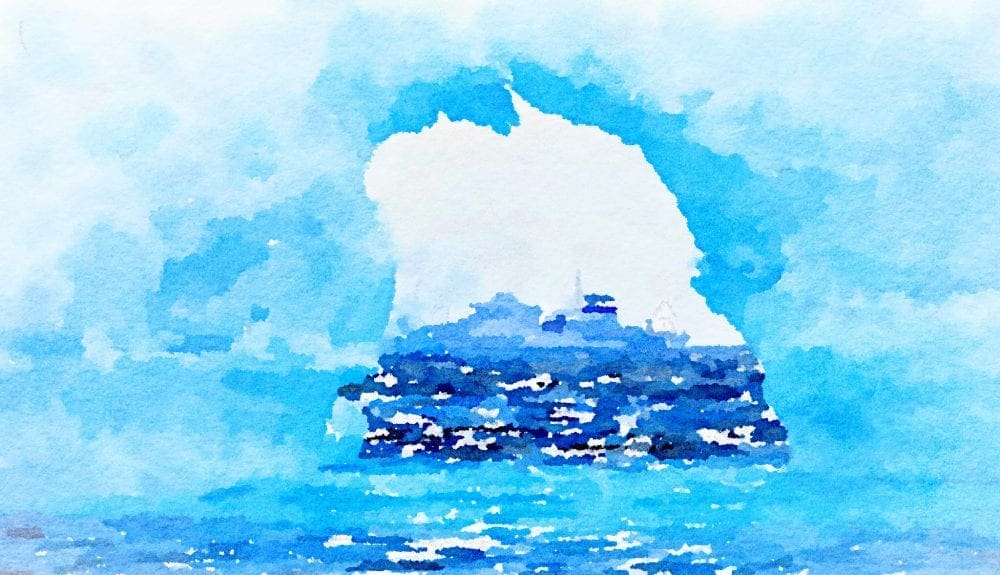 Which Antarctica Boat to Choose?

Akademik Sergey Vavilov is supposedly the strongest and most stable ship in the waters of Antarctica. That’s why I’ve selected it. Although I’ve since heard that its sister ship, Ioffe, hit a reef in the Arctic earlier this year and is still out of commission. That’s not an encouraging piece of information. Most of the passengers are American - it’s a Canadian run ship - though there are also several Aussies, a few Canadians, a sprinkle of Asians and half a dozen English folk. I’ve just eaten dinner with seven Americans and I’m replaying the same conversations I had on the trains last year. They all hate Donald Trump, and no-one understands Brexit.

I've flown in to King George Island from Punta Arenas in Chile. My cabin is spacious, a little palace for one, with two pull down beds, a couch, masses of storage space and a picture window (too salt spattered to see out of at the moment.) The bathroom is compact with one of these curtain arrangements that’s supposed to protect the toilet, but I’ve somehow managed to soak two rolls of tissue during one shower this morning. And we now are on our way to Orne Harbour.

It’s snowed all morning, so we can’t see much. The drifting flakes are huge and the deck a white carpet. We’ve been entertained by mandatory briefings on not breaching the Antarctic Treaty: how to get in and out of the zodiacs, keeping away from the wildlife, no pollution (we have to bio secure our clothes and boots with vacuum and brushes) and don’t pee (or poo) on land. The latter is referred to as 'Managing your Ballast'.

The gale continues all day – the waves increasing in size. Our Russian crew have been attempting to sail south alongside the Antarctic Peninsula, towards the Lemaire Channel, trying several different routes, but ice and wind force us back each time. We don’t so much as get to see what Orne Harbour looks like - it’s far too dangerous to go ashore. We have to be content with watching a few icebergs drift past, through windows arced with snow a la Victorian Christmas. This is summer, imagine what Shackleton had to endure…

At least, so far, the ship has lived up to billing, with hardly a pitch or yaw. That hasn’t stopped me being nauseous, however. I’m so giddy I can hardly stand up. Surely, it’s not altitude sickness here? The ship’s doctor, Anna, tells me to remove my sea sick patch, as it’s side effects are  causing more trouble than sea sickness. Next strategy is pills. People keep making remarks along the lines of ‘Wait till we cross to South Georgia, it will definitely be rough there’. I hope it’s worth it.

Expedition leader, David, tells us that things are dramatically different today. I feel he’s being a little over optimistic, but there is certainly less wind and it stops snowing altogether at times. There  are low icy peaks and glaciers peeping through the mist. We embark for the shore at Courville Island, but the landing is aborted. There is too much ice blowing into the bay and there are concerns we may not get away again. Not a happy prospect.

Instead, we cruise around the shore in zodiacs, admiring the many gigantic icebergs and watching the antics of the gentoo penguins who live in the large rookeries here. The gentoos are distinctive for their white eyebrows, red bills and pink poo. (This is because they eat krill, and supposedly, means they can be spotted from space.) The penguins seem to be finding the sea problematic today too. They flop in off the rocks and shoot back upwards onto the land like miniature rockets. Once at sea they swim in huddles, often porpoising, leaping right out of the water, wings acting as fins. Back on land they’re almost unbearably cute, navigating the snow drifts. They waddle along in single file, wings now held out backwards for balance, and frequently trip over, righting themselves quickly, like three-year olds in ski school. A leopard seal is resting peacefully on a bergy bit, until he tires of being surrounded by our intrepid group of kayakers and slithers into the water.

The mountains here, in the Antarctic Peninsula, are the southern portion of the Andes chain. Mount Francis, the tallest mountain in Antarctica, stands at the entrance to magnificent Fournier Bay. although it's too misty to see it. The crew say there were several humpbacks here four days ago, but they’re all gone, driven out by the pack ice that now fills the inlet and prevents us landing again. Instead, there are plenty more bergs and gentoos, as well as a pair of Weddell seals to entertain us. The zodiac cruise in the mist is ethereal and peaceful, if chilly. I’m wearing two coats and three layers underneath them.

At last, a proper landing in Antarctica, at Mikkelsen Harbour, even if it is 7 o’clock in the morning. It’s not really a harbour at all. There’s a beach in a bay and some rocks to clamber over. The sun is out, and we trek through the snow past several penguin rookeries on crags and a few slothful Weddell seals. Occasionally, the seals pop up their smooth heads and look to be smiling, but maybe it’s just a grimace and they’re hoping we’ll go away. The penguins rest in rows, flat to the ground, enormous fluffy balls, or shuffle down their highways, teenagers with their jeans at half-mast. They posture, pose in twos and threes and have minor spats. One is ejected noisily from the huddle. He sulks, head to one side, for a few minutes and then creeps back in to the middle. These are mainly gentoo penguins again, with a few chinstraps. I was never hugely bothered about penguins before – too smelly and reclusive. But these are entirely endearing, cheerfully hurrying to greet us. A group of penguins is aptly named a waddle. They’re my new favourite bird.

Late in the afternoon, another landfall, 70 nautical miles away, in the caldera at Deception Island. It’s a dramatic entrance through the towering cliffs of Neptune’s Bellows and we’re faced with the remains of old whaling stations, some vicious nesting terns and pretty grey splattered petrels diving in to rest on the waves. These are now my second favourite bird. There are hikes and a polar plunge on offer. I opt to scramble up to the top of a gap in the high ridge, known as Neptune’s Window (of course), for the view back across the crags to the mainland. I didn’t consider the plunge for a nanosecond.

We’re through the Antarctic Sound, which is remarkably free of ice and into the Weddell Sea early this morning. There are ice berg blocks floating to the horizon in every direction, iridescent Lost Worlds.

And now we’re drifting at anchor off Paulet Island. It’s another volcanic cone surrounded by black beaches that are home to over 100,000 pairs of adelie penguins (Black heads, white eyeliner). I can see them through my binoculars, serried rows standing lemming like on the edge of the water. We’ve been told that we are making an excursion to commune with them. David waits until the exact second I’ve piled on the requisite number of layers, including waterproof over trousers, manoeuvred my buff over my head, arranged my woolly hat, sunglasses and gloves, pulled on my boots and adjusted my life jacket, before he announces that the wind is too strong and we can’t proceed at the moment.

The tannoy announcements over the next hour or so are punctuated by large amounts of crackle and it’s a case of fill in the gaps, but eventually I conclude that we’ve given up and are heading back into the Sound.

We follow a chain of islands, melded into one by snow and ice, back north, the mountains scuffed and scowling. Two long ice floes jampacked with adelie penguins float past – a wildlife cruise ship. Some of the penguins are lounging on their stomachs and a few leap off, swim alongside and then jump back aboard. It’s almost as crowded as an African river ferry.

Brown’s Bluff is Plan B destination, but that too is abandoned. Third time lucky is aptly named Hope Bay. However, hoping is not getting us anywhere today. It’s still too windy to launch any boats. Whales have also been elusive for us so far, distant blows and fins, after our promising start, though the Russian sailors report that the ship has been surrounded with them at night on more than one occasion. We are finally rewarded with an extravaganza of humpback whales, who motor past with a Bellagio style display of blowing and a flourish of flukes.

Then we crackle, at snail’s pace through an ice sea of gigantic blue crystals against a backdrop of huge slab monolithic bergs. Once into open water the ice bergs are less frequent, solitary colossal fortresses. One, a towering Mervyn Peake Gormenghast. Then we’re back to low tabular blocks. One is eleven miles long and takes an hour to pass. If Tino was here, he would probably say he was bergered out now.

18 December A Whale of a Tale

I haven’t said much about the other Antarctica passengers. As one would expect they are a well-travelled and knowledgeable bunch.  I'm travelling with eminent oceanographers, climatologists, neurobiologists and geologists amongst others. Australian biologists Bob and Sally are toting enough equipment to film a Hollywood epic. And American Sandy has travelled further than most. She’s been to the international space lab four times. I'm spending quite a lot of time with Austrian/Australian Petra - unfortunately she suffers from everyone thinking she can't spell when she writes her nationality as  Austrian and speaks with a Sydney accent.

There’s no landing at Elephant Island either. It’s too rough. Apparently, there’s only been one successful landing at Elephant Island over the last seven years. As if on cue, our reward this time is a mega extravaganza of fin whales (huge and at up to 26 metres second only to the blue whale in size) steaming along. There are fifty or so of them, screeching and blowing tall spouts.

We’re now en route for South Georgia and mal de mer has set in with a vengeance. I’m confined to bed and Anna is bringing me stronger tablets, ginger ale and ice. That all comes back up, so she next appears with a hypodermic. No prizes for guessing what’s happening next. I have the distinction of being the most sea sick person on board.