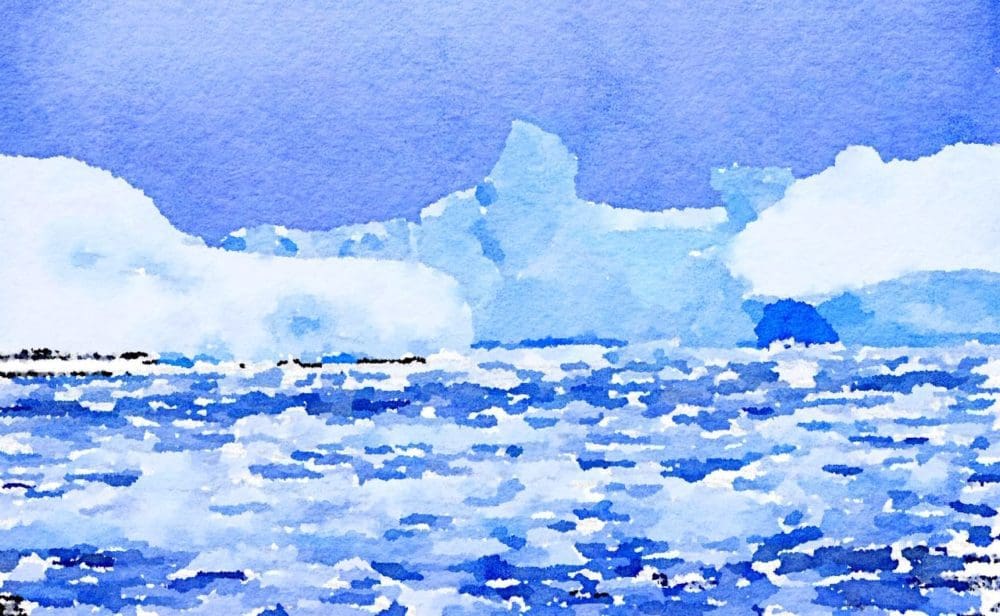 Antarctica - in a Nutshell

Can You Fly to Antarctica?

I’ve been avoiding Antarctica for years because I’m not a good sailor. But now you can fly across the notoriously rough Drake Passage direct to the South Shetland Islands and pick up a cruise ship there and at Dr Tino’s suggestion, I’m trialling scopolamine – a five pence piece sized anti sea sick patch I stick behind my ear for my first day at sea . I’m a little anxious about the journey in a lumbering jet designed for heavy weather, but it turns flight from Punta Arenas in Chile, turns out to be the smoothest I’ve had this year. It’s sunny and there are tremendous views of Tierra del Fuego and a deceptively mild looking ocean before we land at the base on King George Island. So now I’m bipolar. My ships is set to navigate both coats of the Antarctic Peninsula as far as ice and weather will allow and then turn north to South Georgia.

The Base at King George Island

The scenery is already snow laden, craggy and stunning, though marred by the various utilitarian research station base buildings and storage facilities. We walk back along the side of the dirt runway cautiously – there’s another plane coming in - down to the beach, where zodiacs are moored, ready to ferry us to our boat. Two chinstrap penguins are waiting to entertain us with a display of clowning before they slide into the sea on their bellies. A hump back whale spins past as we make our way to the vessel. Welcome to Antarctica.

The first confirmed sighting of Antarctica was in 1820 and explorers (Amundsen) first reached the South Pole in 1911.

Which Country Owns the Antarctic?

The continent is governed by an international treaty (the Antarctic Treaty 1959) and does not belong to any particular country, although there are various historical territorial claims. Among the original signatories of the Antarctic Treaty were the seven countries – Argentina, Australia, Chile, France, New Zealand, Norway and the United Kingdom – with territorial claims to parts of Antarctica, some overlapping.

Antarctica is a protected area and the only demilitarised continent in the world. Military forces and installations are forbidden, and all of Antarctica has been designated for peaceful and scientific purposes. Consequently, there are research stations with people from many different countries here.

What is British Antarctic Territory?

The British Antarctic Territory is one of these claimed areas. It is an unusual situation as these areas are regarded as overseas territories by the countries involved, but largely unrecognised by all other nations. In the case of the British Antarctic Territory, it is not recognised by the ATS or by nearly every country on the planet – only Australia, France New Zealand, Norway and, of course, the United Kingdom recognise it. In fact, Argentina and Chile dispute the claim, as they believe their territories overlap it

Are There Any Cities in Antarctica?

The people who travel to or live in Antarctica fall into two main groups, those who live and work on scientific research stations or bases, and tourists. There are no permanent residents. But up to 4,000 people may be living at various research stations.